Former Deputy Prime Minister Barnaby Joyce has not ruled out running for the Nationals leadership again, but claimed he would not challenge successor Michael McCormack.

Former deputy prime minister Barnaby Joyce has not ruled out running for the Nationals leadership again, but claimed he would not challenge successor Michael McCormack again.

"I get asked this question all the time," he said. READ MORE: 'We had a shot and we lost': Barnaby Joyce opens up on failed leadership spill

"If you say there'll be no leadership change ever, then you turn out to be a liar when there is."

But he said he would not be challenging for the leadership.

"If somebody else wants to make a call they can do it, but I'm not going to be putting my hand up and calling a spill. There's your answer," he said.

Mr Joyce said it was hypocritical of politicians to claim they would never run against a current leader.

"And if I go, like every other person, 'Oh no, my name is Joel Fitzgibbon, and I would never challenge Anthony Albanese', you just sit back and go, b-------." 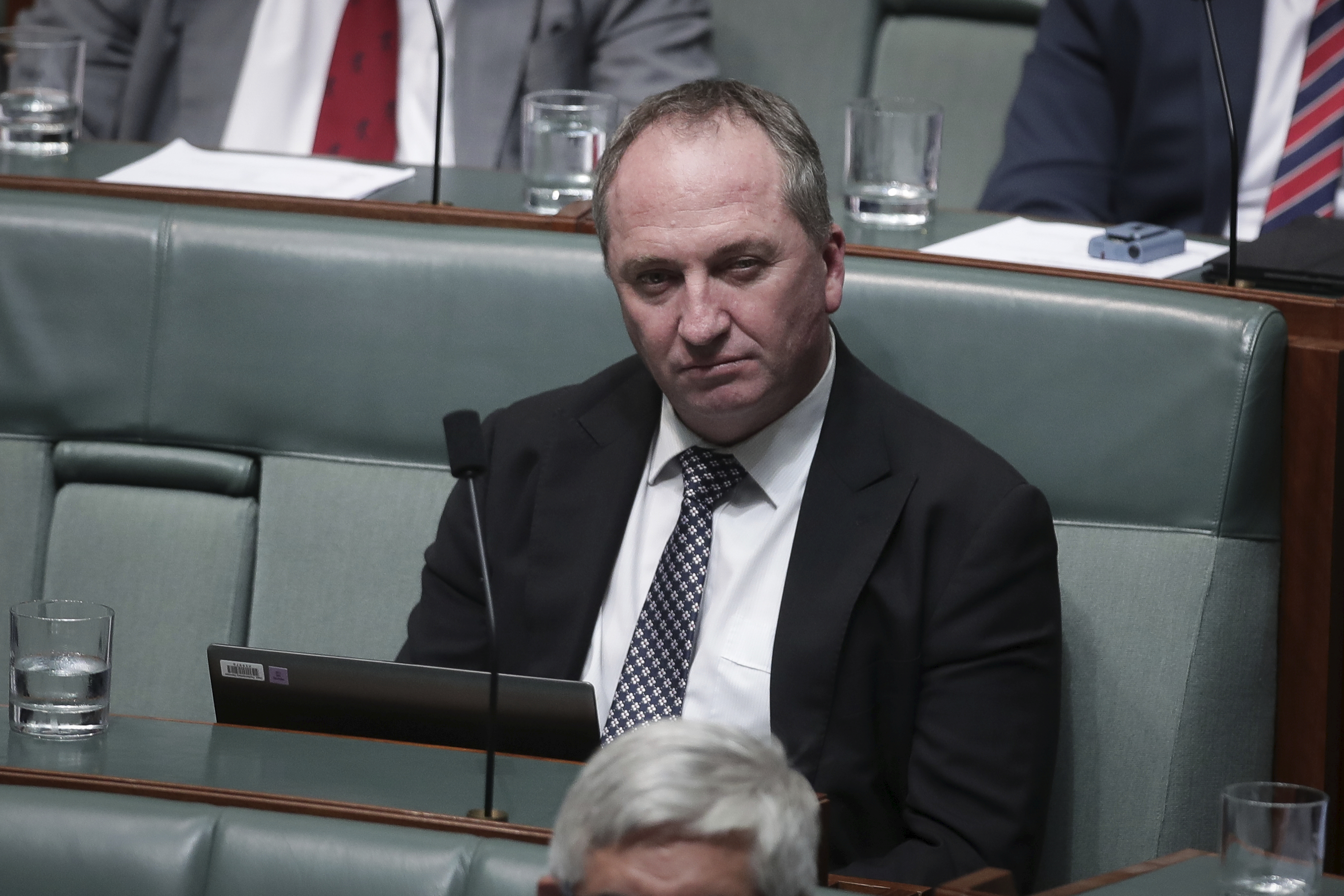 Mr Fitzgibbon, the Labor MP for Hunter, has attracted his own leadership speculation after he called for his party to commit more heavily to supporting the coal industry, which is a major industry in his seat.

Mr Joyce stepped down from the Nationals leadership in February 2018 following revelations he had an affair with a former staffer.

He challenged Mr McCormack for the leadership in February 2020, but lost.