A group of adventurers quarantining on a remote reef off NSW were shocked after a large tiger shark repeatedly lunged at their boat, nearly taking the toes of their captain

A group of adventurers quarantining on a boat in the remote Middleton Reef off NSW were shocked after a large tiger shark repeatedly lunged at their boat, nearly taking the toes of their captain.

Underwater oceanographer Dean Cropp, who runs the YouTube channel Barefoot Captain, told 9news.com.au he was diving with his crew when he spotted the large predator encroaching on them.

They exited the water "real quick", he said. 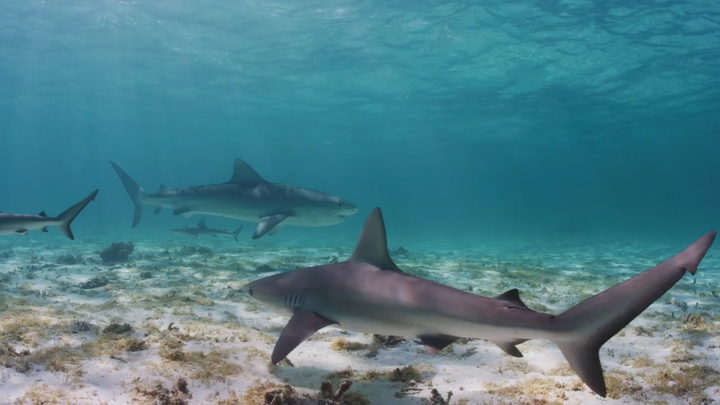 As Mr Cropp stood on the back of his boat and filmed the encounter, the shark made a lunge at the vessel – its teeth landing just centimetres from his foot.

"I jumped, my feet were right there," the 40-year-old Sydneysider said. 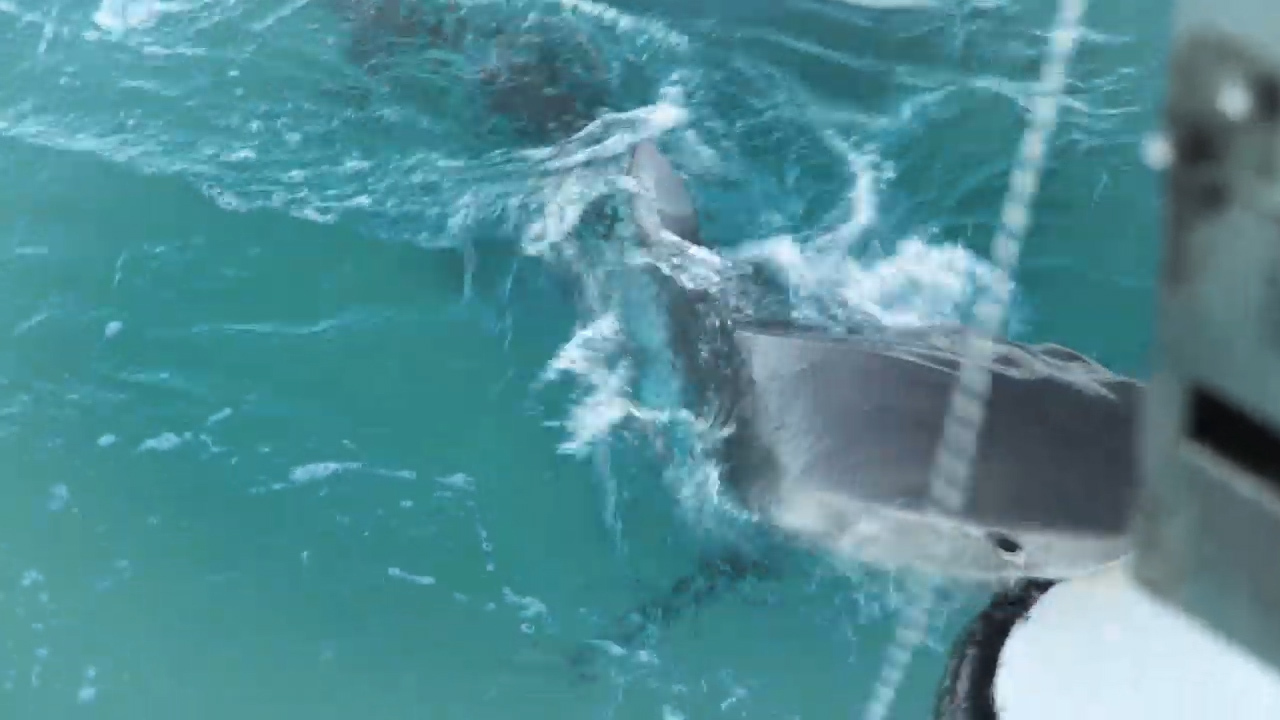 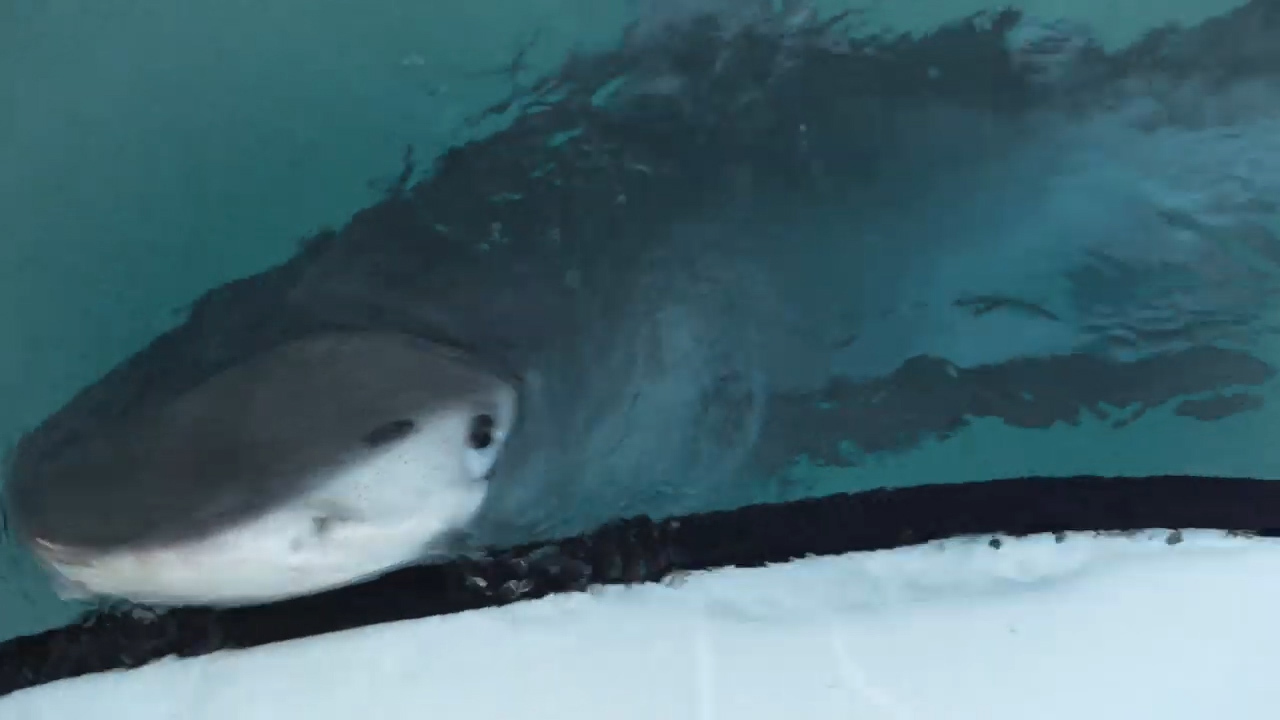 "I told everyone to jump up off the back deck.

"I was really surprised. I've seen tiger sharks do crazy stuff when they're being fed but none of that was happening."

For nearly an hour the inquisitive shark circled their boat and proceeded to take repeated bites at the back deck and dingy. 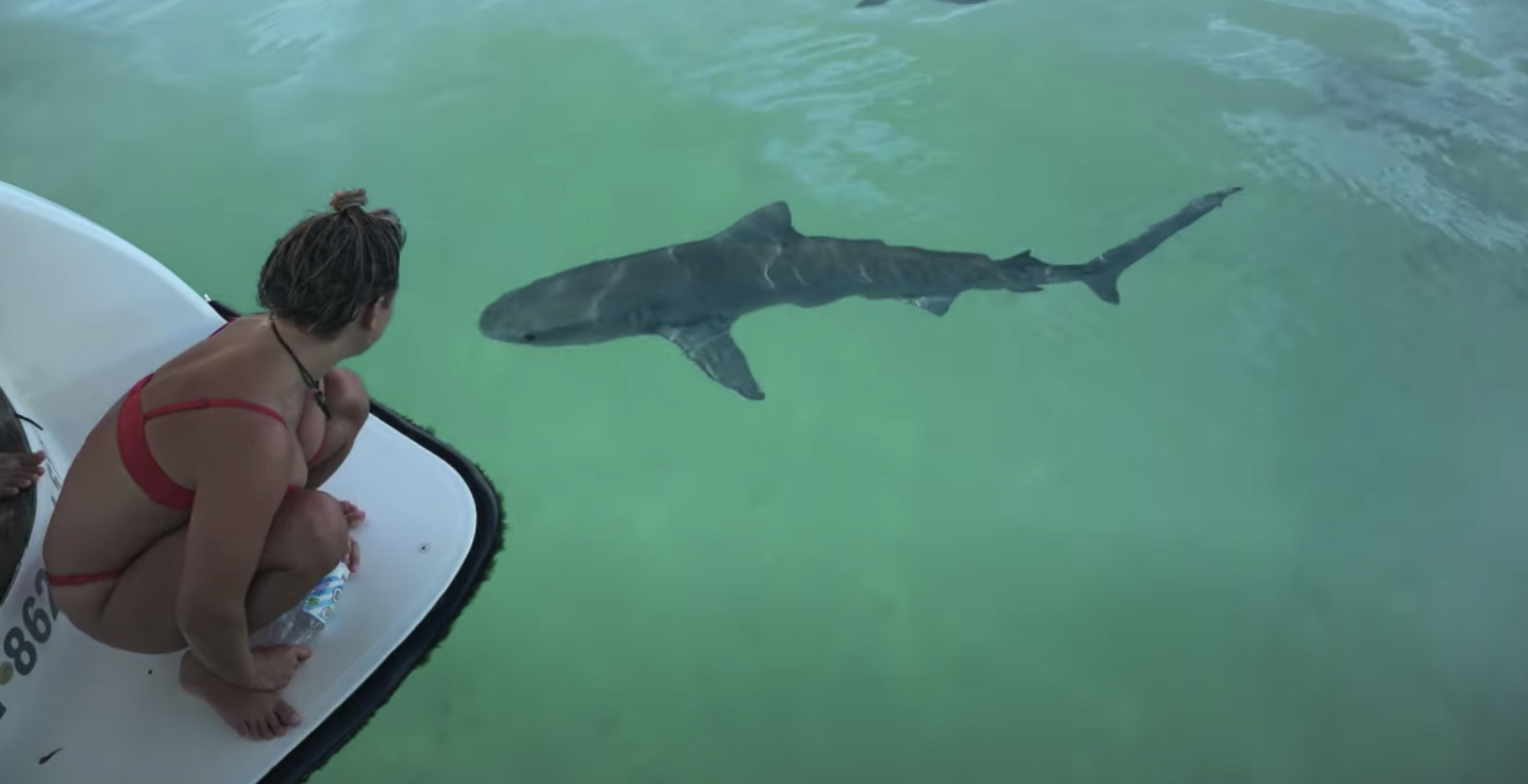 While most would be terrified during the encounter, Mr Cropp said the shark was just a curious juvenile who likely hadn't seen humans before.

"One of the water pumps at the back of the boat kept turning off and on, which is normal. But that little bit of vibration seemed to be enough. Every time that pump turned on he'd turn towards the boat," he said. 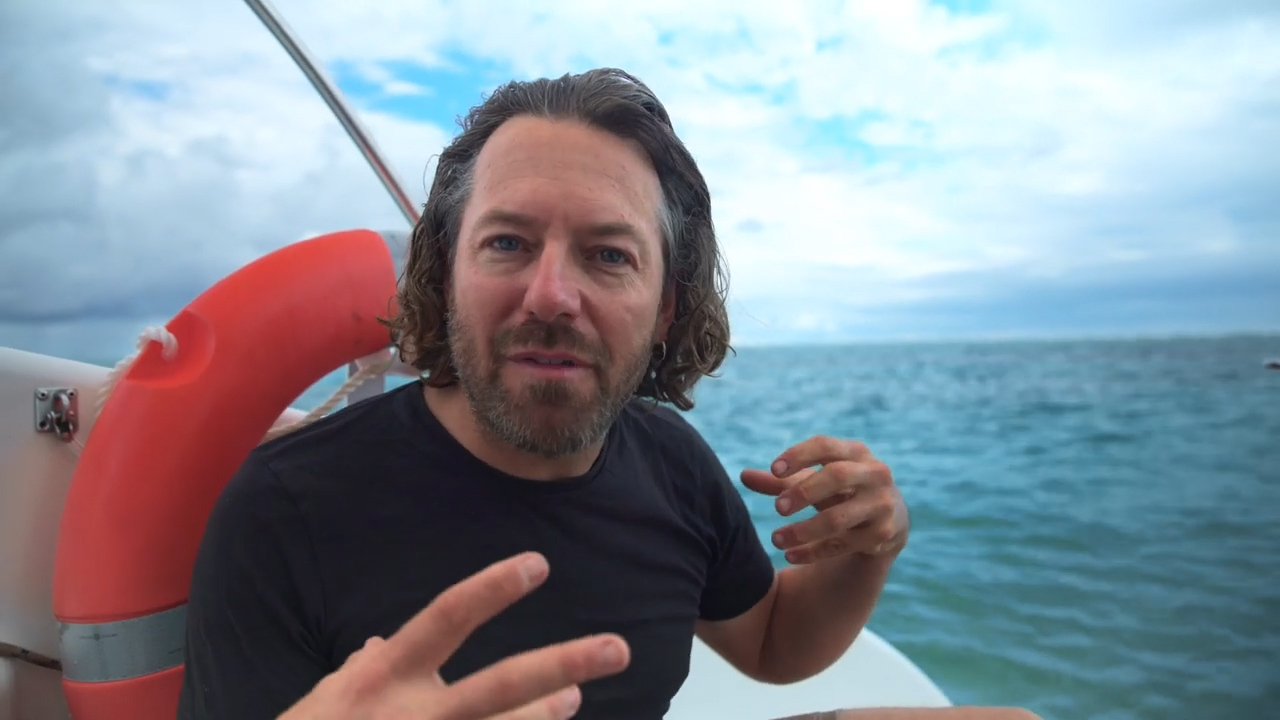 "The problem is for a tiger shark to have a test nibble of you would be fatal out there, so we stayed out of the water for the rest of the day. He was just too interested."

Following in his father's footsteps

Mr Cropp was keen to follow in the footsteps of his father Ben, who had explored the isolated reef, which is around 220km from Lord Howe Island, decades prior. 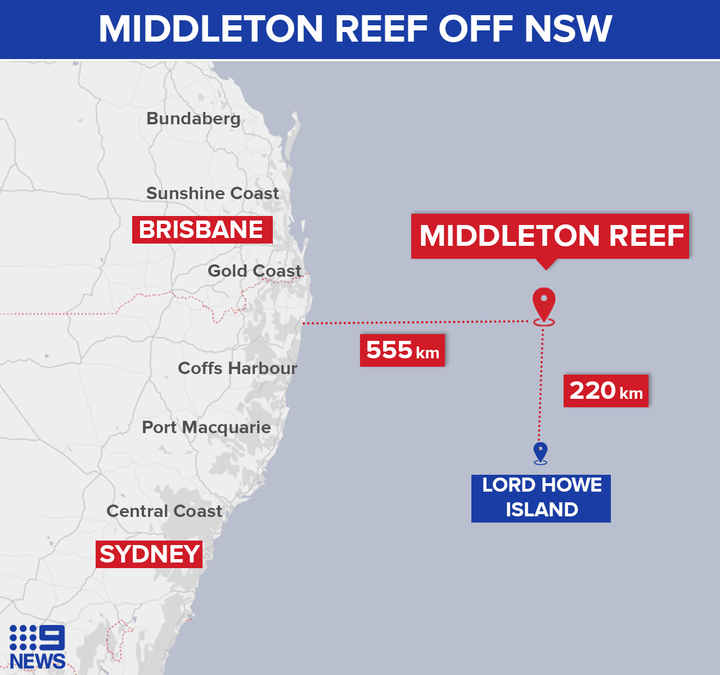 The ocean lover explained that Middleton Reef is the southern-most reef system in the world and is a "sanctuary" for sharks as there is no commercial fishing.

"It's got a lot of sharks, and a lot of shipwrecks. I was really keen to go and explore there," he said. 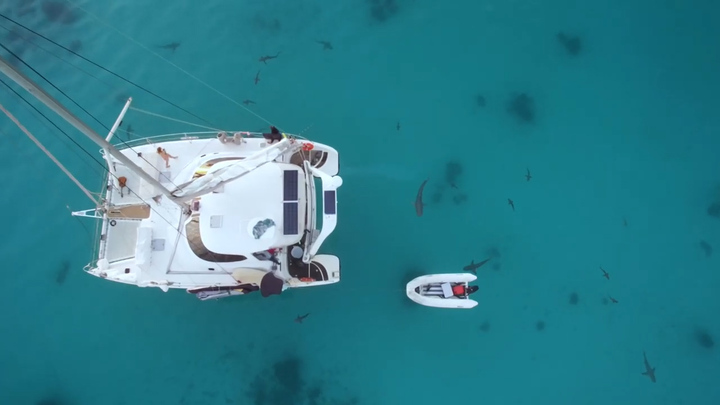 "When this whole lockdown started, my work dried up, so I got my crew and sailed out of Sydney before we couldn't.

"My idea was to follow my father's first expedition out to sea in the 1970s. He also encountered lots of sharks including a large tiger shark."

Tiger sharks are listed as a near-threatened species, however the Australian Marine Conservation Society (AMCS) has called for them to be listed as endangered in Australian waters after a study reported a 71 per cent decline in their numbers over three decades. 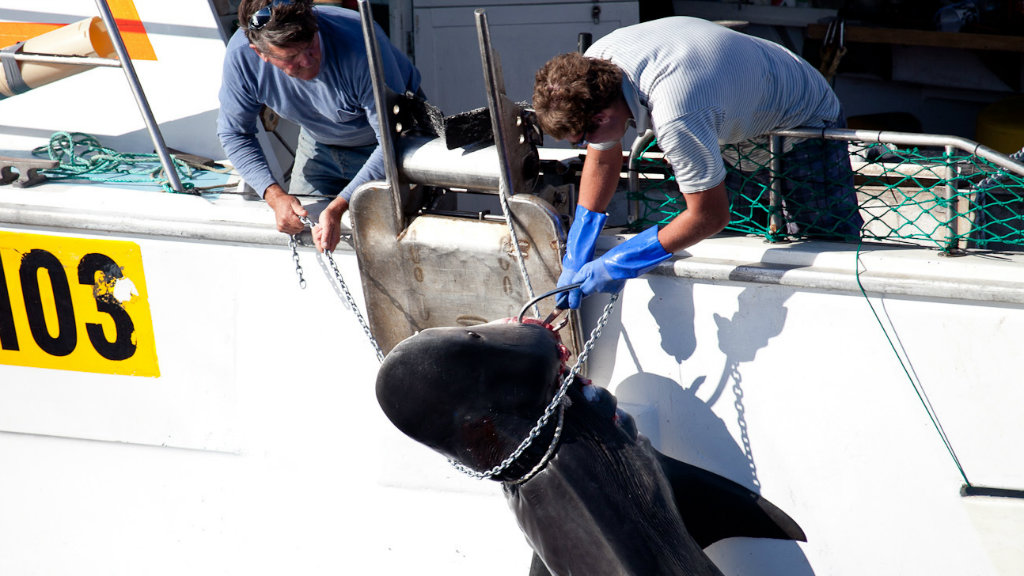 Mr Cropp views his encounter as a once-in-a-lifetime experience.

"This is their world. We've gone and sailed to one of the most remote parts of Australia where just by the fact it's so remote and protected this has become a shark sanctuary," he said.

"By accident Middleton probably has the most sharks I've ever seen on the east coast of Australia and I go there because of that.

It's one of the coolest things to see sharks like there would have been back in my dad's day.

"To have this shark bite the boat is - well, I feel privileged he chose me."