A judge on Thursday set bail for three former Minneapolis police officers charged in George Floyd’s death at US$1m each.

A former Minneapolis police officer charged over the death of George Floyd was only on his fourth day of the job and has argued he was "just following training officer's orders".

A judge on Thursday set bail for the men charged in s death at US$1m each (A$1.44m), or US$750,000 (A$1 m) under certain conditions, including that they do not work in law enforcement or have any contact with Floyd's family.

J. Alexander Kueng, Thomas Lane and Tou Thao appeared in court one day after they were arrested and charged with second-degree murder and aiding and abetting second-degree manslaughter. 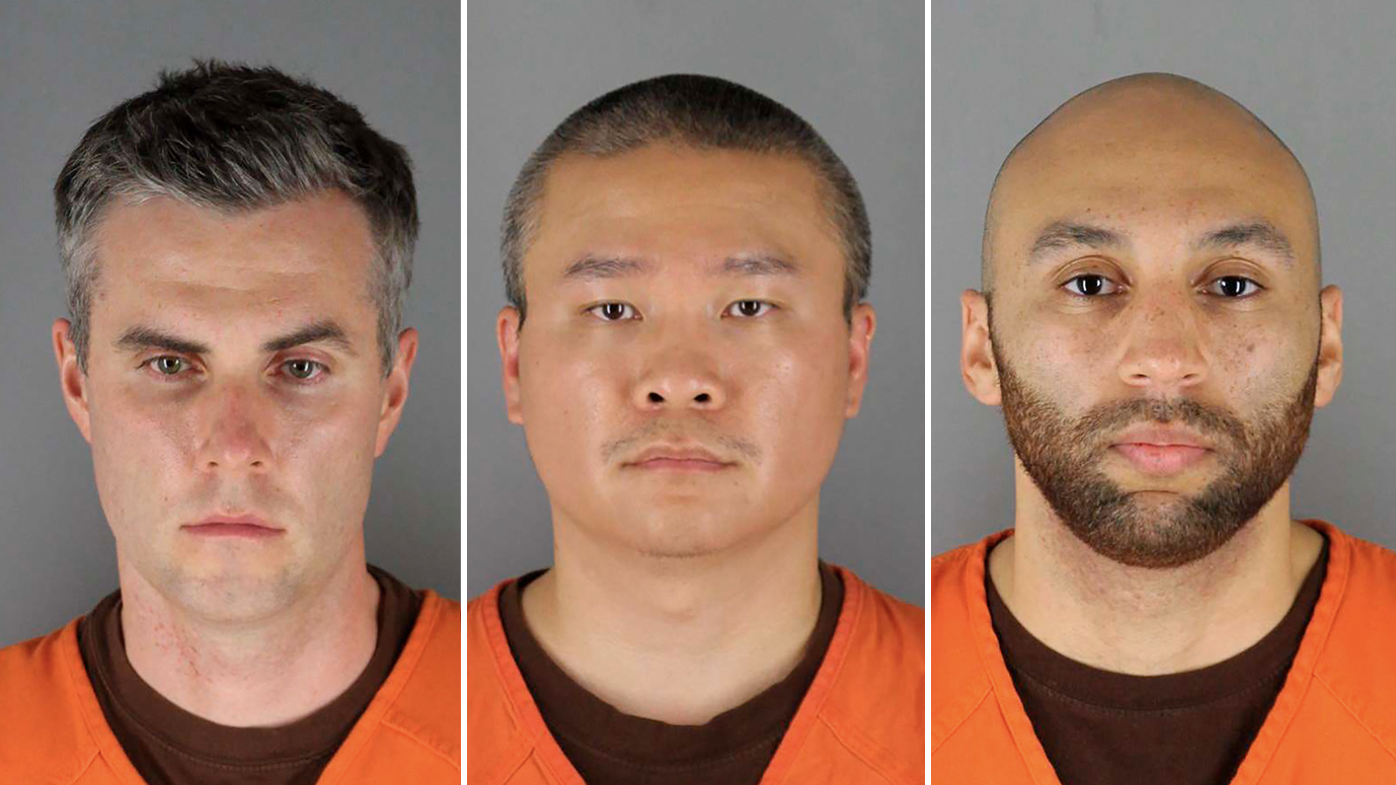 Their charges follow those first brought against Derek Chauvin, the officer who pinned Floyd to the ground by his neck for nearly nine minutes.

Chauvin, 44, was arrested last week and charged with third-degree murder and second-degree manslaughter. 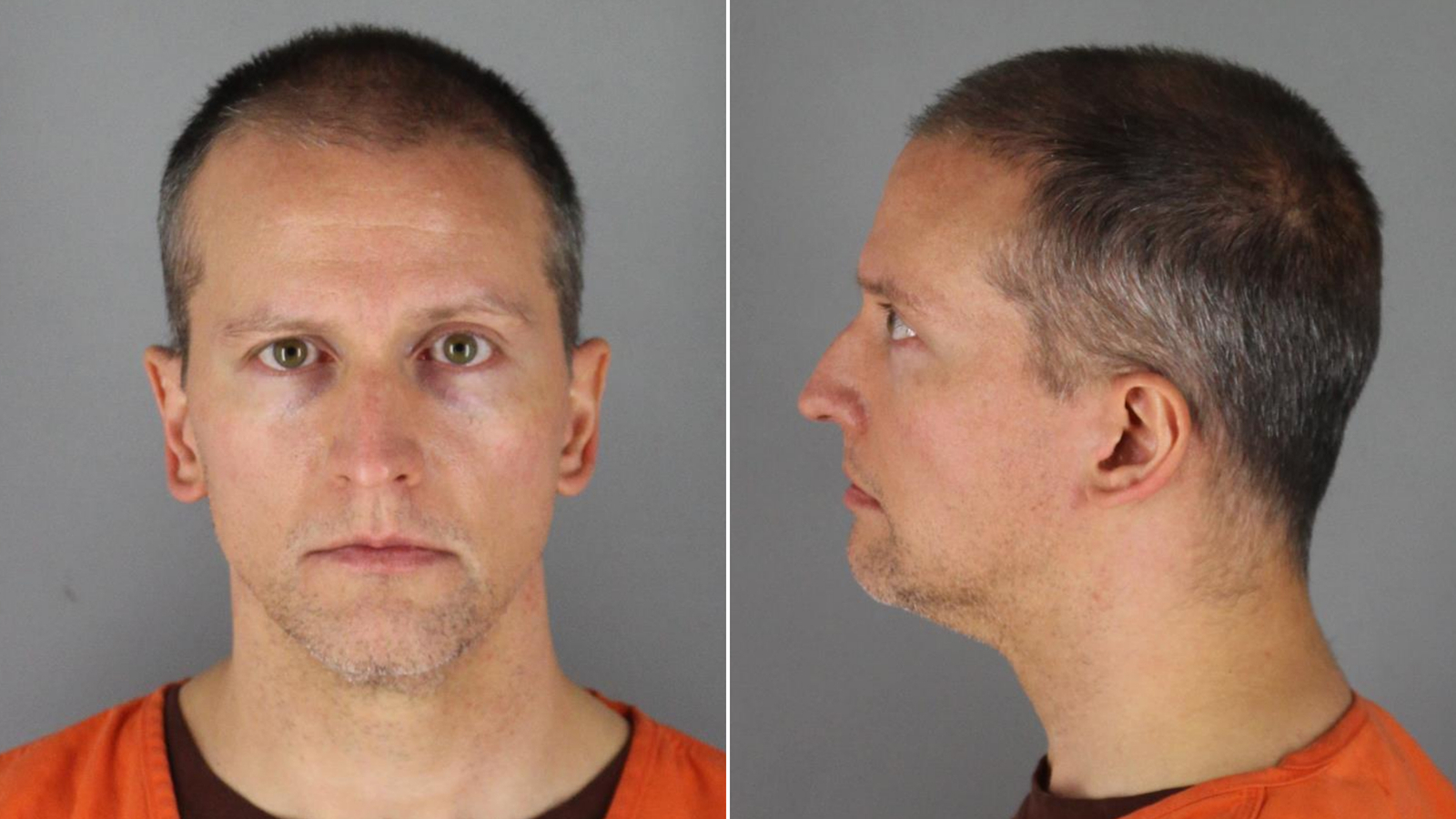 But on Wednesday prosecutors charged him with a more serious count of second-degree murder.

'He's due in court on Monday.

Lane and Kueng helped restrain Floyd, while Thao stood nearby.

They face up to 40 years in prison if convicted.

All four officers have been fired from the Minneapolis police department.

None of the three men who appeared in court spoke.

Dressed in orange jumpsuits, they appeared separately in back-to-back hearings lasting about five minutes each. In Minnesota, pleas are not entered in preliminary hearings.

Lane's lawyer Earl Gray said the officer had only been following his training.

He told the court that Chauvin was his client's training officer and that when Floyd died it was only Lane's fourth day on the job.

READ:  The Ultimate Guide To Self Pleasure In Lockdown

"What was my client supposed to do but to follow his training officer's orders?" Gray said.

"He was doing everything he thought he was supposed to do."

"George Floyd mattered. He was loved. His family was important. His life had value," Ellison said. "We will seek justice for him and for you, and we will find it."

Meanwhile, Floyd's family and friends gathered for a memorial at North Central University in Minneapolis, where Rev. Al Sharpton delivered the eulogy. Protests go on hours after arrests

Protests showed no signs of abating hours after officials arrested and charged the three additional officers. Most protests remained peaceful Wednesday, unlike previous nights, when violence and looting broke out. Demonstrators chanted Floyd's name, marched and called for an end to police brutality. In Minneapolis, at the spot where Floyd spent his last moments begging for his life, a sense of calm prevailed Wednesday night. A man rolled up a piano at the scene and played John Legend's "All of Me."

Another man stepped up to the piano afterward and played "Imagine" by John Lennon. People cried, clapped and sang along. Others brought free food, water and diapers for protesters, CNN's Sara Sidner reported.

In New York, nearly 100 people were arrested when scuffles broke out between police and crowds in downtown Manhattan, where crowds remained early Thursday, long past the 8pm. curfew. Protesters mostly knelt and sat on the ground with their hands raised. 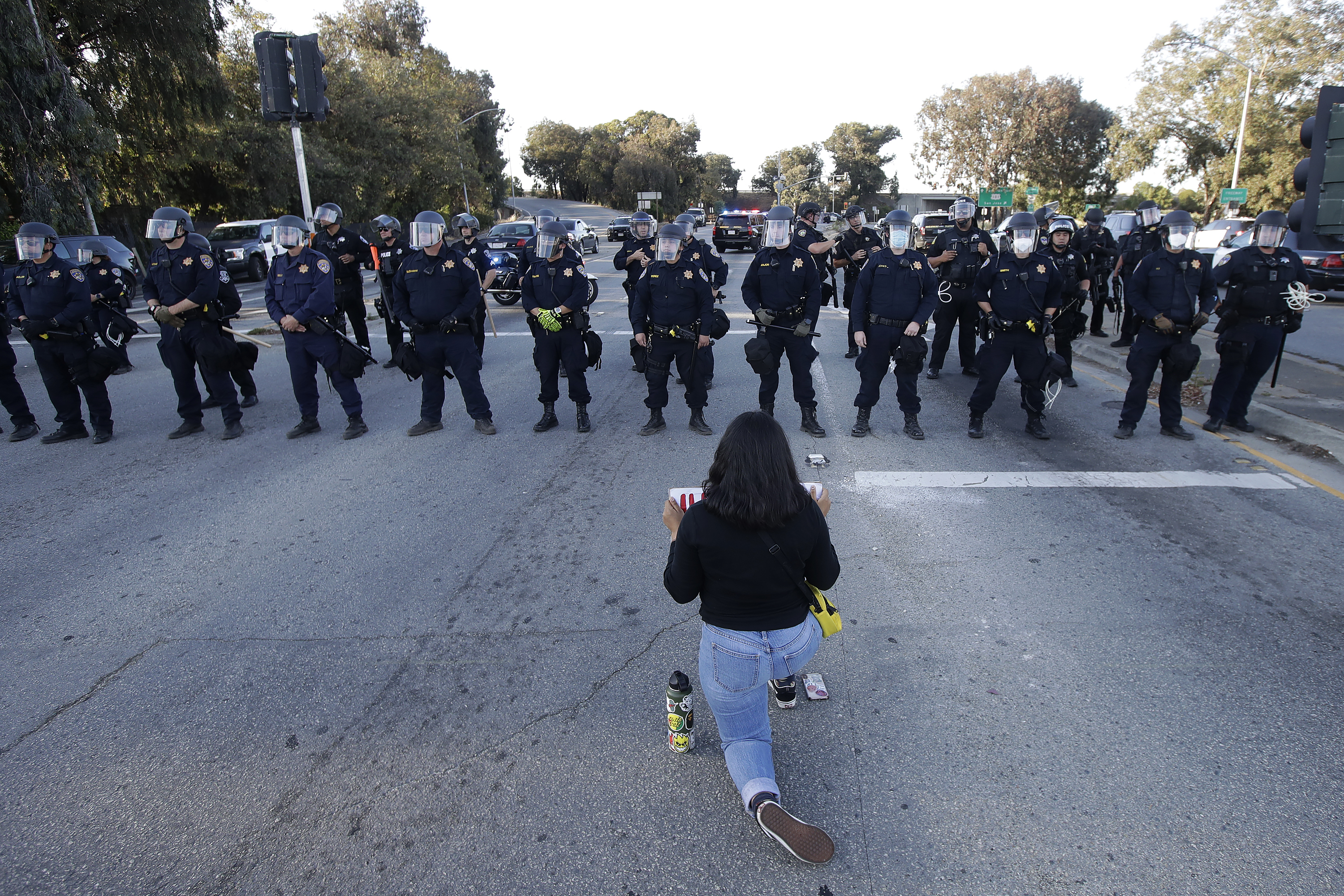 New York Police Commissioner Dermot Shea said on Thursday his city "absolutely" does not need active duty US military soldiers to control the protests. President Donald Trump on Monday vowed to use the military if widespread violence continues.

In the nation's capital, protesters marched through the early morning and quietly faced off with National Guard troops, before gathering a few blocks from the White House. The city's mayor said the curfew would not be enforced as long as the protesters remained peaceful.

There were no arrests made in Washington, D.C., Wednesday night, according to Metropolitan Police Chief Peter Newsham. Newsham said there were no police injuries and there was no damage to police property.

The capital will not impose a curfew Thursday night, officials said. 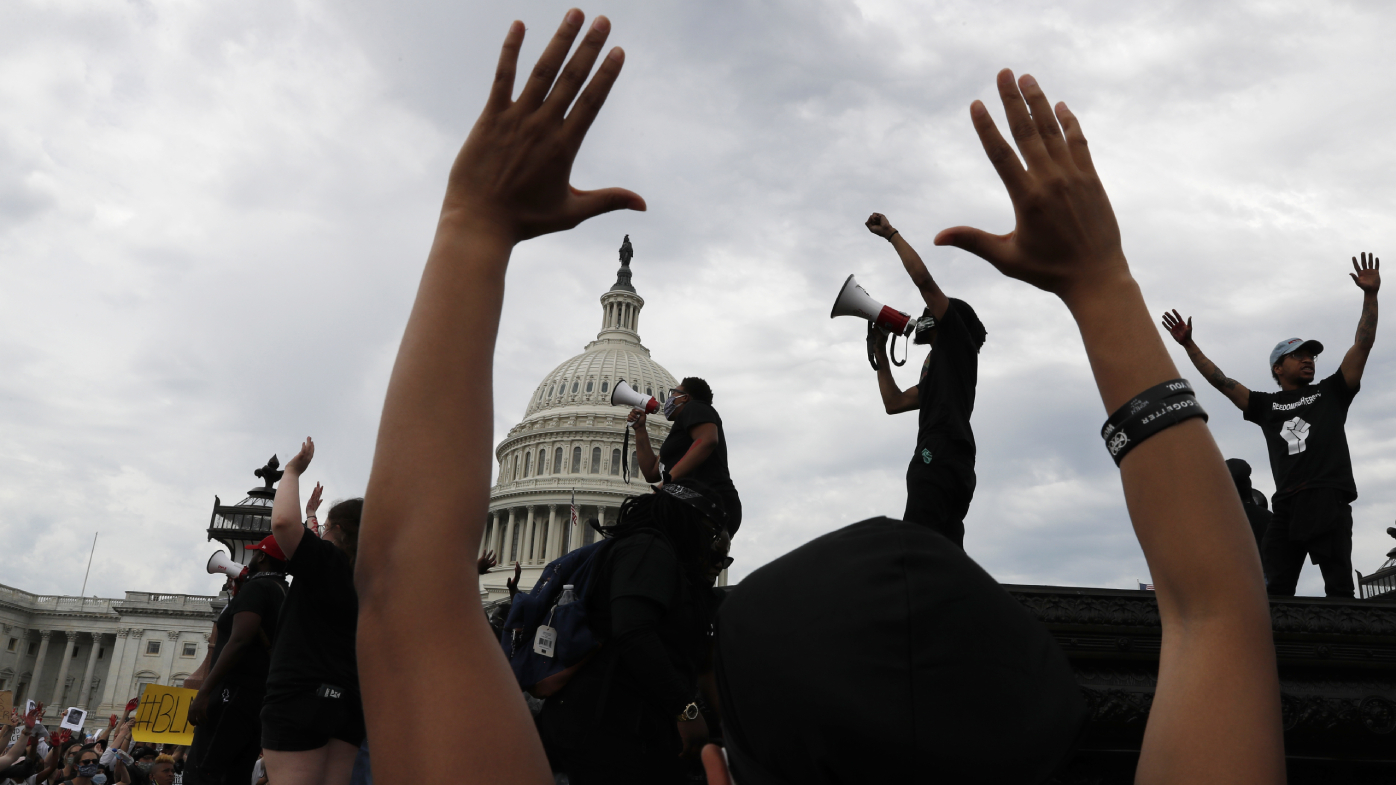 In New Orleans police fired tear gas to disperse protesters who police say defied orders to not walk across the Crescent City Connection, a bridge that stretches across the Mississippi River.

"We were compelled to deploy gas ... in response to escalating, physical confrontation with our officers," the New Orleans Police Department tweeted.

The protests against Floyd's death have touched a nerve across the world and sparked solidarity demonstrations in cities such as Paris, highlighting the issue of racism in different countries.

In the meantime, officials released more details on Floyd's autopsy.

His death was due to cardiopulmonary arrest -- or the stopping of his heart -- according to the final autopsy results released Wednesday by the Hennepin County Medical Examiner. 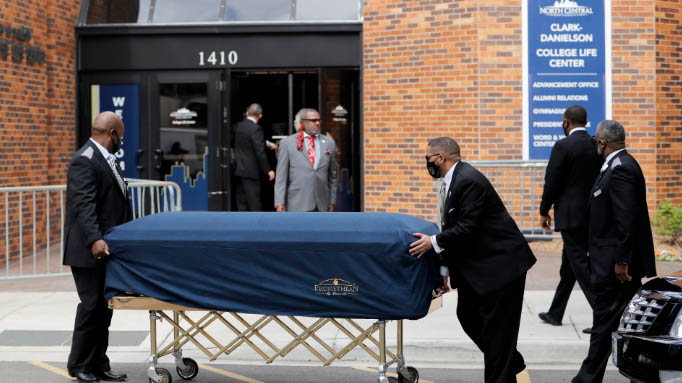 His neck was compressed when the officer's knee was on it for more than eight minutes, the report says, but does not conclude that it directly caused his death.

READ:  The ‘Treat’ Announced For Vaccinated NSW People Is Pretty Underwhelming, But At Least It’s Better Than $300

The final report from the medical examiner says Floyd had bruises and cuts on his head, face, mouth, shoulders, arms and legs. But it finds no evidence that any of those injuries directly would have killed him.

The autopsy says Floyd had heart disease and a history of high blood pressure. A preliminary toxicology report found moderate levels of fentanyl and methamphetamine. 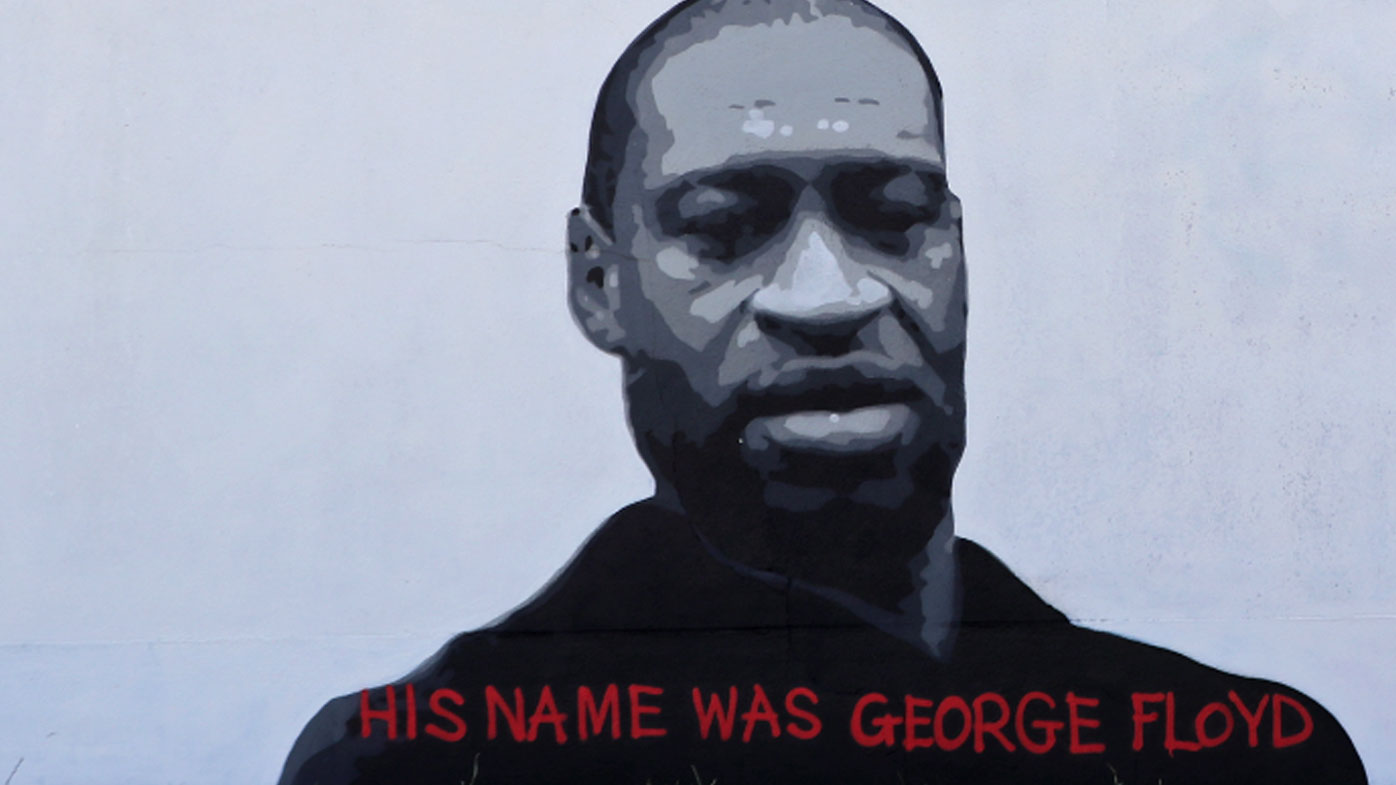 The county autopsy also indicates that Floyd had tested positive for coronavirus in April.

But an independent autopsy commissioned by the Floyd family disagreed with the county's conclusion, saying he died of "asphyxiation from sustained pressure."

This article was produced with CNN and Reuters.