When dog rescuer Nikki Carvey was alerted to a truckload of dogs saved from China’s meat trade, she couldn’t help but want to personally adopt the very fragile Mork. Weighing just 5 kilos and very ill with intestinal problems, Mork was… 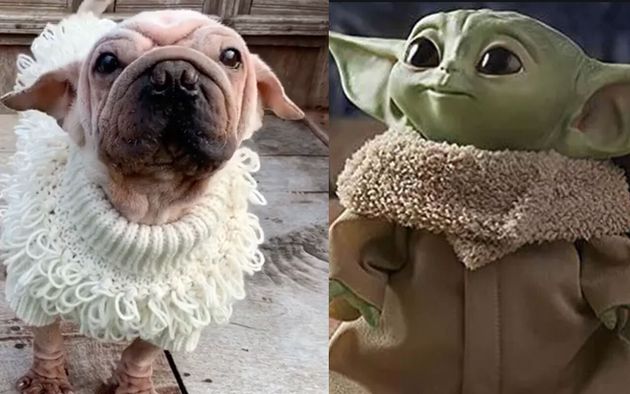 When dog rescuer Nikki Carvey was alerted to a truckload of dogs saved from China’s meat trade, she couldn’t help but want to personally adopt the very fragile Mork.

Weighing just 5 kilos and very ill with intestinal problems, Mork was hospitalised and nearly died before making some progress and being flown (in the economy cabin, not cargo) to his new life in Los Angeles. He’s since made good progress, complete with a growing Instagram account where his followers have dubbed him “Baby Yoda” due to his likeness to the green scene-stealer from ”The Mandalorian.”

“HarbinSHS, who saved him, is based in China where it is still legal to eat dog meat,” Carvey, founder of the nonprofit rescue shelter Roadogs, told HuffPost Australia.

“Even though those dogs are not bred for meat, there’s not the same industry of adoption for adult dogs in China, so you’ll get puppy mills or commercial places that keep dogs in horrific conditions. If they can’t sell them, then they end up selling them to the meat trade.”

HarbinSHS is an organisation based in China that is dedicated to intercepting dogs before they get to the meat trade.

“They save all breeds, and we focus on bringing the bulldogs” to America, Carvey explained.

“A lot of people don’t realise it’s not just the Yulin Meat Festival where they eat dogs. Dogs are eaten all the time.”

Carvey said it has been a “long process” since Mork was found in mid-October, and he has gained about 400 grams since landing in L.A. on December 20.

“He eats a cooked food diet because of his irritable bowel syndrome,” she said.

“He has a special diet of lentils and various supplements. He’s an expensive little guy to feed. He probably eats better than I do. He’s still extremely underweight, and he gets fed four small meals a day.”

Although Carvey, who specialises in saving special-needs bulldogs suffering spina bifida, hydrocephalus and paralysis, has been urged to run a DNA test on Mork to find out his breed, she said it’s the “last thing” she will do.

“I don’t want people to replicate him and breed him. He’s got so many congenital issues. He’s got an undershot jaw, and he can’t breathe very well.  He’ll have surgery to help him breathe.

“The last thing I want people to do is re-create Mork because he is ‘cute’”. 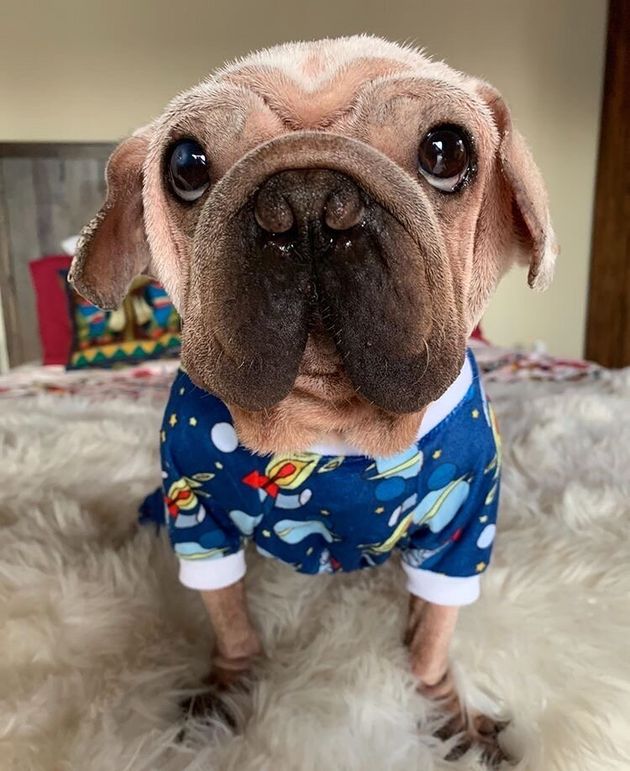 We may not know exactly what breed Mork is, but Carvey said he’s got a “little puggy tail” and does “the cute pug dance that pugs like to do”, especially when he’s being fed.

When Mork is healthy enough, Carvey hopes he will become a therapy dog and visit nursing homes and hospitals to help people heal.

“We want to spread a bit of love and happiness and compassion,” Carvey said.