The ASX200 is back to where it was in 2012 after another bloodbath in Sydney.

The Australian share market has dived to an eight-year low as new Federal Government restrictions effectively shut down small businesses across the nation.

Australia's share market is now at its lowest level since December 2012, having wiped more than 36 per cent since an all-time high in February. 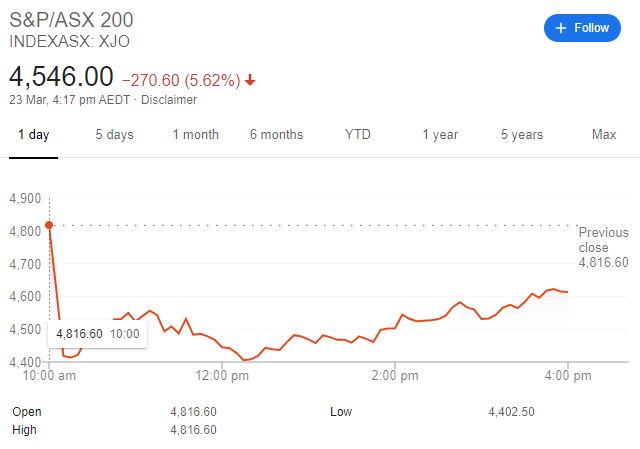 The Aussie dollar, which has been plunging as investors move to safe haven currencies, is currently buying 57.55 US cents, down from 58.82 on Friday.

A raft of businesses today cut their financial outlooks after they learnt they would not be allowed to keep the doors open. 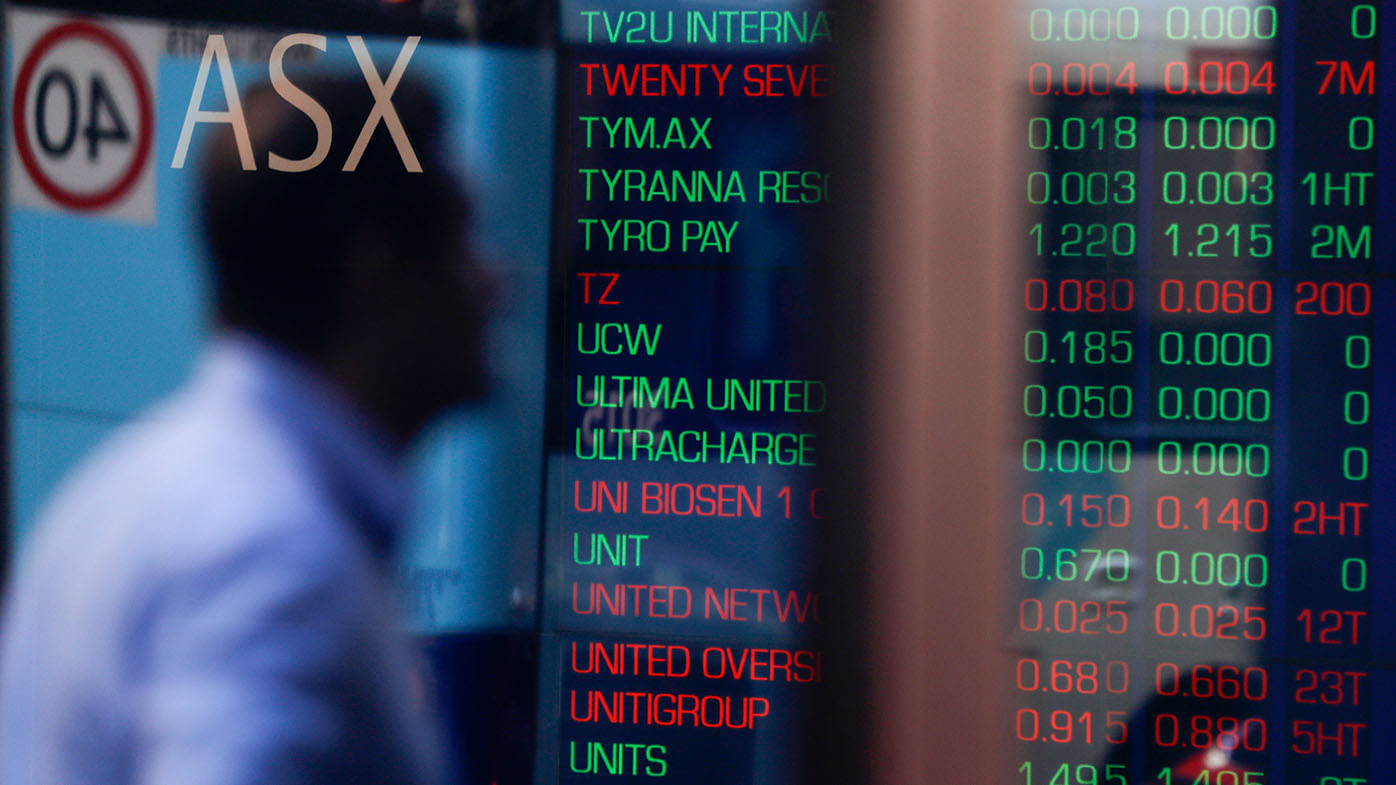 Superannuation provider Link Group on Monday withdrew its outlook while TabCorp said its wagering and media, Keno and pokie segments will likely be affected after the federal government ordered operators of venues where people gather, such as pubs, cinemas, gyms and restaurants to close on Monday.

TabCorp said convenience stores and other such outlets, which distribute the company's lottery products, are not covered by the measures and will remain open.

READ:  October could be 'the worst month' for NSW hospital admissions

It is expected that newsagencies, which also distribute TabCorp's Lottery products, will remain open but this is not yet confirmed.

Village Roadshow and Event Hospitality and Entertainment, which run cinemas across Australia, complied with the government order.

They have temporarily closed cinemas and stood down staff.

Ardent has temporarily closed its Dreamworld and Whitewater World theme parks but some staff will continue working to feed animals and maintain equipment.

It has also been affected by the orders requiring social venues to close.

Businesses such as these may choose to offer take-away only.

- With reporting from AAP