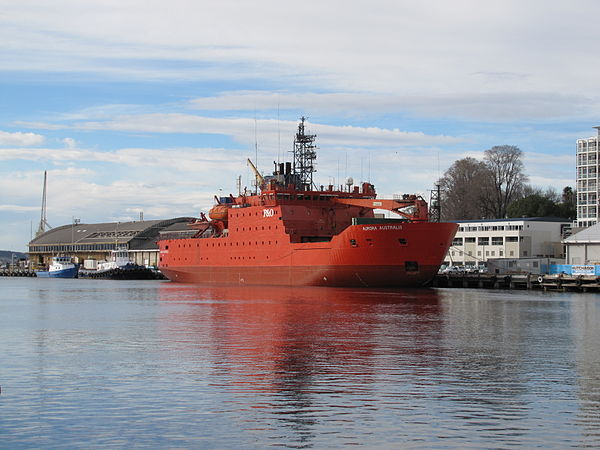 The Australian government has been urged to acquire the soon-to-be retired Aurora Australis to address critical shortages of food and other essential supplies on Norfolk Island. The territory has been placed in isolation to avoid an outbreak of COVID-19. Former crew members from the Australian Antarctic Division’s flagship icebreaker Aurora Australis met with MPs and Senators […] 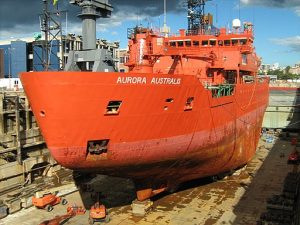 The Australian government has been urged to acquire the soon-to-be retired Aurora Australis to address critical shortages of food and other essential supplies on Norfolk Island. The territory has been placed in isolation to avoid an outbreak of COVID-19.

Former crew members from the Australian Antarctic Division’s flagship icebreaker Aurora Australis met with MPs and Senators from across the political spectrum in late February, urging them to support its acquisition as a specialist emergency response vessel for the Australian coast.

The Aurora, affectionately known as the ‘Orange Roughy’, this week returned from its final voyage for the Australian Antarctic Division where it delivered 12 months worth of cargo, food and fuel to remote Macquarie Island.

Norfolk Island is dealing with a growing crisis following the loss of one of two vessels that previously supplied the island. It also faces a big reduction in air travel that has resulted in shortages of food, building materials and other essential supplies needed by the island’s 1800 residents.

With no port, and without the ability to handle containerised freight, the island has been left dependent on a single small vessel sailing once every two months from Auckland. For the limited goods that are supplied, freight costs have led to the doubling of prices compared to mainland Australia.

The Maritime Union of Australia argues the Aurora Australis is uniquely suited to addressing the crisis facing Norfolk Island. Not only does it have the capacity to carry 1790 cubic metres non-containerised break bulk cargo, along with an additional deck capacity for 700 tonnes of containerised freight, but it has three decades of experience delivering supplies to remote locations.

The vessel can also carry and transfer nearly two million litres of fuel, meaning it would be able to provide all the fuel needed by vehicles, heavy machinery, and the airport on Norfolk Island.

The Aurora Australis in the past has often been seen overwintering in Hobart.

MUA Assistant National Secretary Ian Bray, who spent two decades as a merchant seafarer including several years on the Aurora Australis, said the union believed the vessel should be urgently acquired by the Australian Government, with an initial mission to deliver essential supplies to Norfolk Island.

“Even before the COVID-19 pandemic forced the isolation of Norfolk Island, the community was already in crisis, with supermarket shelves bare, local contractors unable to get supplies, and farmers running critically low on stock feed and other essential supplies,” Bray said.

“The island has seen a reduction of more than 75 per cent in the amount of freight arriving, while the cost of many products that are available more than double the price of mainland Australia due to a complex arrangement that requires them to be shipped to Auckland before they can be forwarded to Norfolk Island.

“Now that it has returned from Macquarie Island, the Aurora should be immediately acquired with the initial task of undertaking a series of supply runs to Norfolk Island to rectify the critical shortages that are crippling the island’s economy and causing substantial hardship for residents.”

The government acquisition of the Aurora Australis would not only provide a lifeline to Norfolk Island and other remote island territories, it would also allow the creation of a maritime emergency response capacity following natural disasters.

“For less than $10 million dollars, the Australian Government could purchase the Aurora, undertake maintenance and minor modifications, and have it in action as an emergency response vessel ahead of the next bushfire season,” said Bray.

“The Aurora could respond when natural disasters such as bushfires, cyclones and floods isolate or devastate coastal communities, arriving with fuel, food, fresh water, and a functional hospital.

“Specialist emergency vessels usually come with eye-watering price tags, but the Aurora provides a unique opportunity to acquire a vessel perfectly suited to this role, with proven capability and reliability, at a fraction of the cost.

“The Aurora Australis is able to deliver essential supplies in challenging conditions to some of the most remote locations on earth. It is simply too valuable a vessel to lose from the Australian coastline. Whether assessed operationally, economically, socially or politically, this opportunity to add to the depth and resilience of our emergency services in the face of an increasingly challenging world is simply too good for the country to pass up.”

The RSV AURORA AUSTRALIS has recently returned from its final resupply mission to the sub-Antarctic Macquarie Island.

Before the vessel left, we captured this amazing vision of a #TasPorts pilot navigating the ‘Orange Roughy’ through a transit of the Tasman Bridge. @AusAntarctic pic.twitter.com/4jlR93q0i7