In 2016, Kane Guglielmi released a film with bizarre parallels to the COVID-19 outbreak, and is now living out his own movie plot in Italy - one of the hardest-hit countries from the deadly disease.

Mr Guglielmi created 'Cooped Up', centred on a young man forced to isolate in his apartment for 21 days. 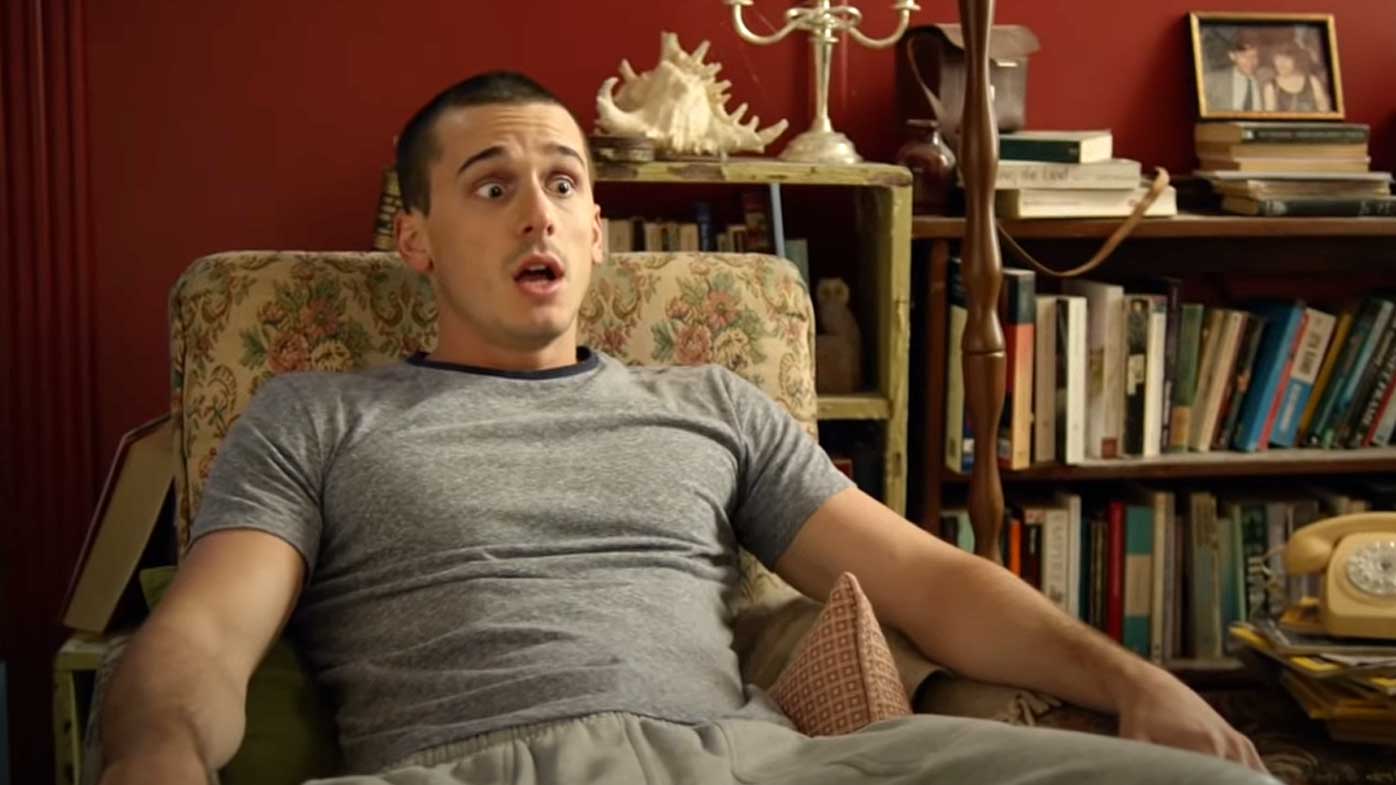 The central character had come into contact with a potentially deadly coronavirus strain on a trip to China, which they thought was passed on to humans from bats.

He is forced to self-isolate in his childhood home where he has no access to internet or a phone.

Upon its 2016 release, Mr Guglielmi was told his movie was quirky and bizarre.

Releasing the film was a risk - one that he gambled everything on, selling his family home to self-fund the production.

But fast forward five years, online streams of the film have tripled as people across the globe draw the strange parallels between the plot and current global pandemic.

Speaking to nine.com.au from Tuscany, where he is currently under strict lockdown with his wife and two young kids, Mr Guglielmi says - in short - "it's bizarre". 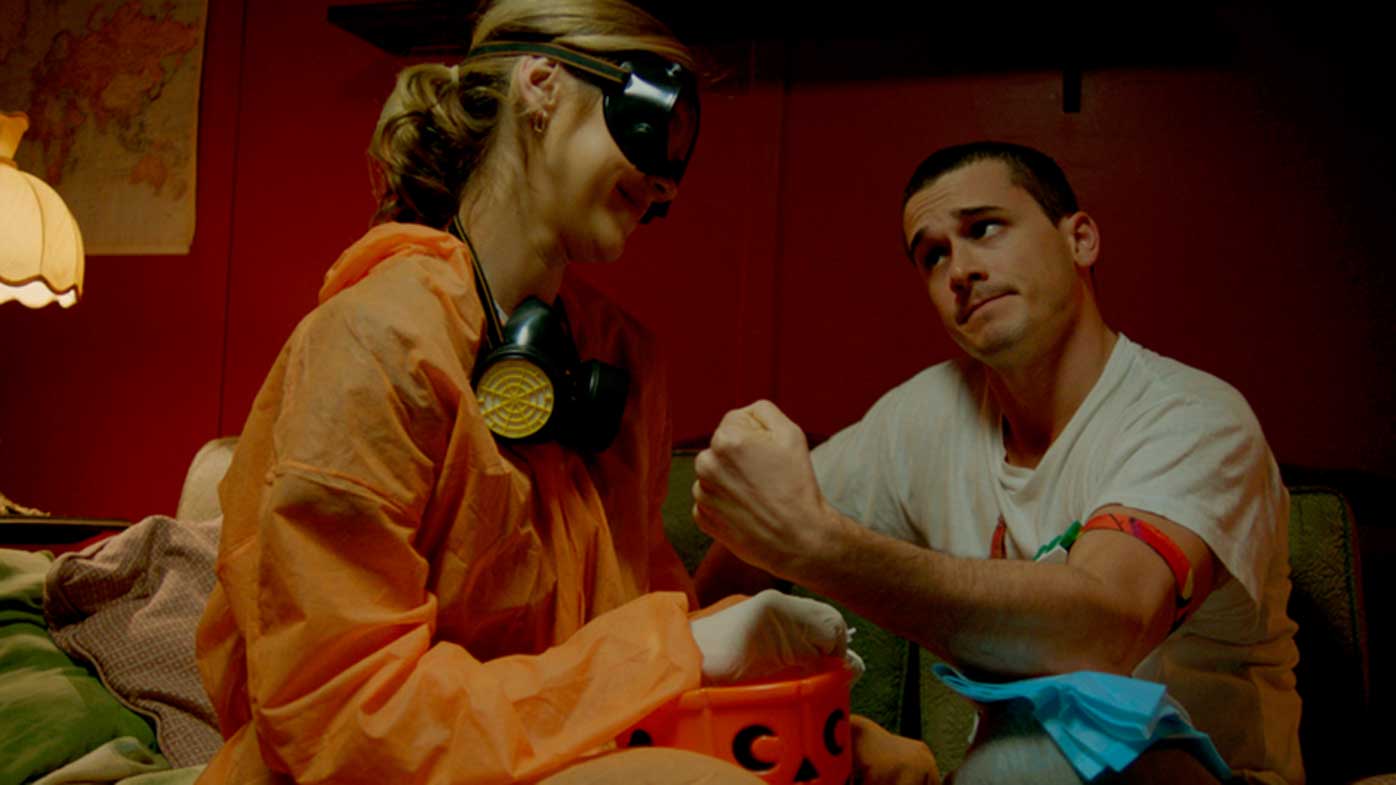 "It's fair to say at the time it was a huge gamble and when the film was first released, some people had said the plot was too far-fetched.

"Up until six months ago I thought maybe, in some ways, it was too."

Fast-forward to Christmas last year when news of the coronavirus hit headlines in every corner of the globe, what was once deemed a bizarre plot is now reality for millions if not billions of people.

Mr Guglielmi said: "I myself can't believe the parallels of the film - it is literally identical to what people are going through right now."

He adds that while the film is a comedy and doused with quirks, it was fact checked by a virologist and is "100% scientifically accurate." 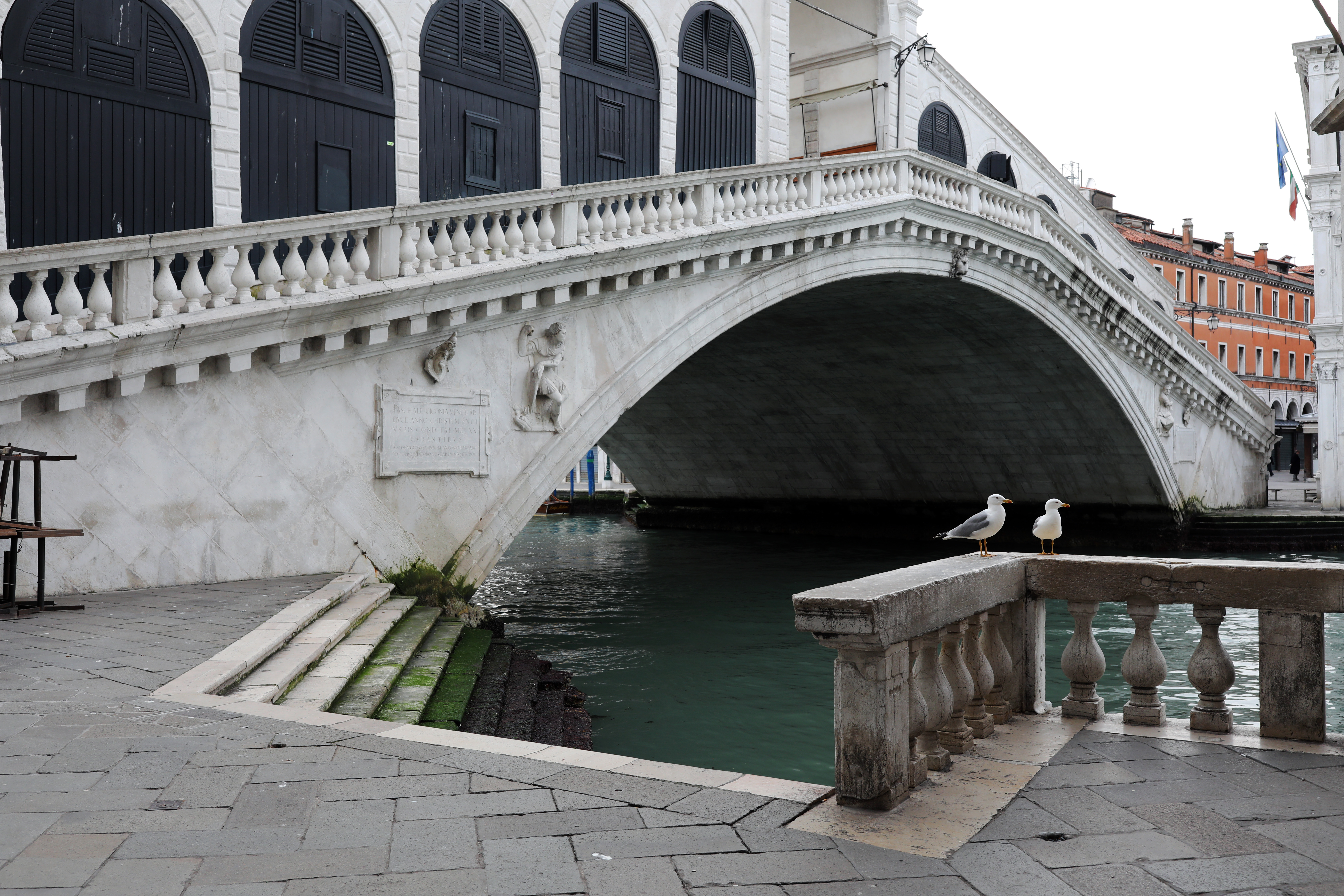 This plot idea was born after Mr Guglielmi learnt about a rare scenario where patients who had come into contact with viruses could be forced into home quarantine rather than being isolated in a hospital or special facility.

Mr Guglielmi said that at the time it was a bizarre idea and something he and the 'Cooped Up' writer both found interesting.

He explains: "Naturally as an independent film maker, you've only got so much budget to deal with."

"For me, what was usually seen as budget constraints being a restriction, we saw as an opportunity, to challenge ourselves to come up with an idea that could be contained within a smaller environment but have an interesting and unique story."

"The idea of this home isolation was something that we found interesting and naturally developed the script - and made the decision to sell everything to pay for it." 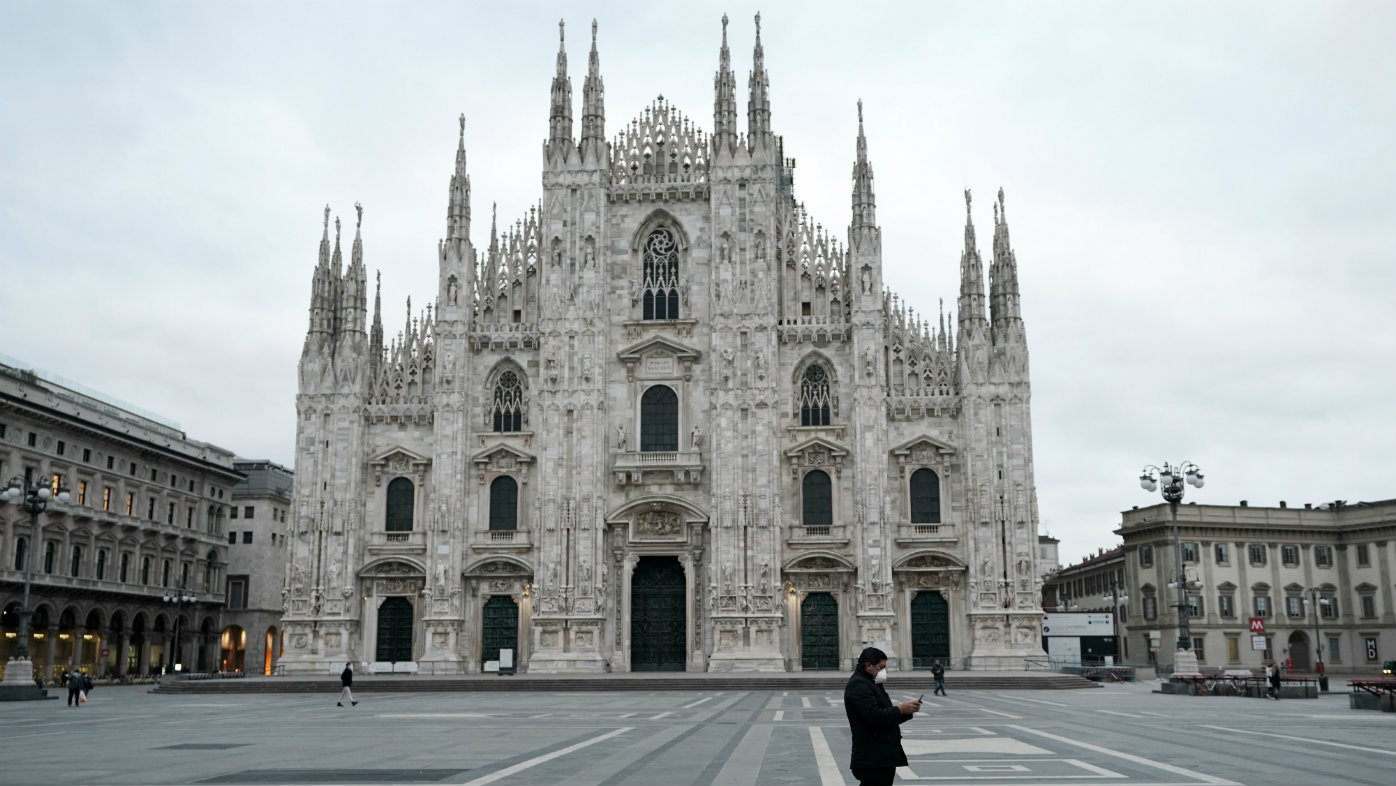 Adding to the mind-boggling twist of fate, Mr Guglielmi has been living out his very movie plot in Italy with his wife and two kids, where there are at least 209,328 confirmed cases of COVID-19 and 28,710 deaths.

After planning their relocation from Australia to Italy for more than eight years, the young family finally made the move this year and have spent the last seven weeks under the country's strict government-imposed lockdown.

READ:  13 Actors Who Got Their Start As Professional Athletes

His wife and kids - aged two and four - haven't been able to leave their new home.

Mr Guglielmi has been issued a legal document by the government which he has to fill out every time he leaves his home - which is only permitted for grocery shopping or to get medicine from a pharmacy.

It is mandatory to wear a protective mask and gloves at all times in Italy.

Mr Guglielmi said that it is far from the Italy he had long been dreaming of making his new home. 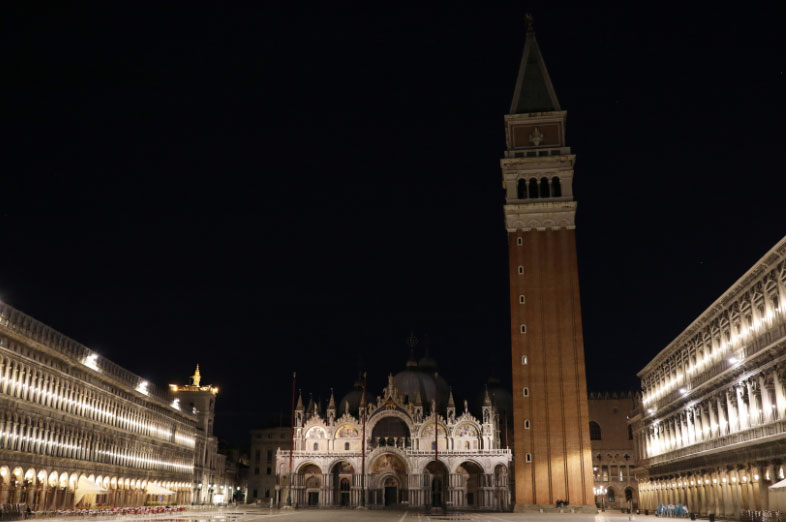 He said: "In general, Italians are quite warm and interact quite closely in conversation and affection."

"It's really bizarre that since we've been here - what was something that was quite unique and special for Italians in general is probably the biggest difference - which I find really sad because that's one aspect of the culture here that's quite beautiful."

For the proud Aussie, it's become difficult for him to look back on life back home where local news and friends talk about life in isolation. 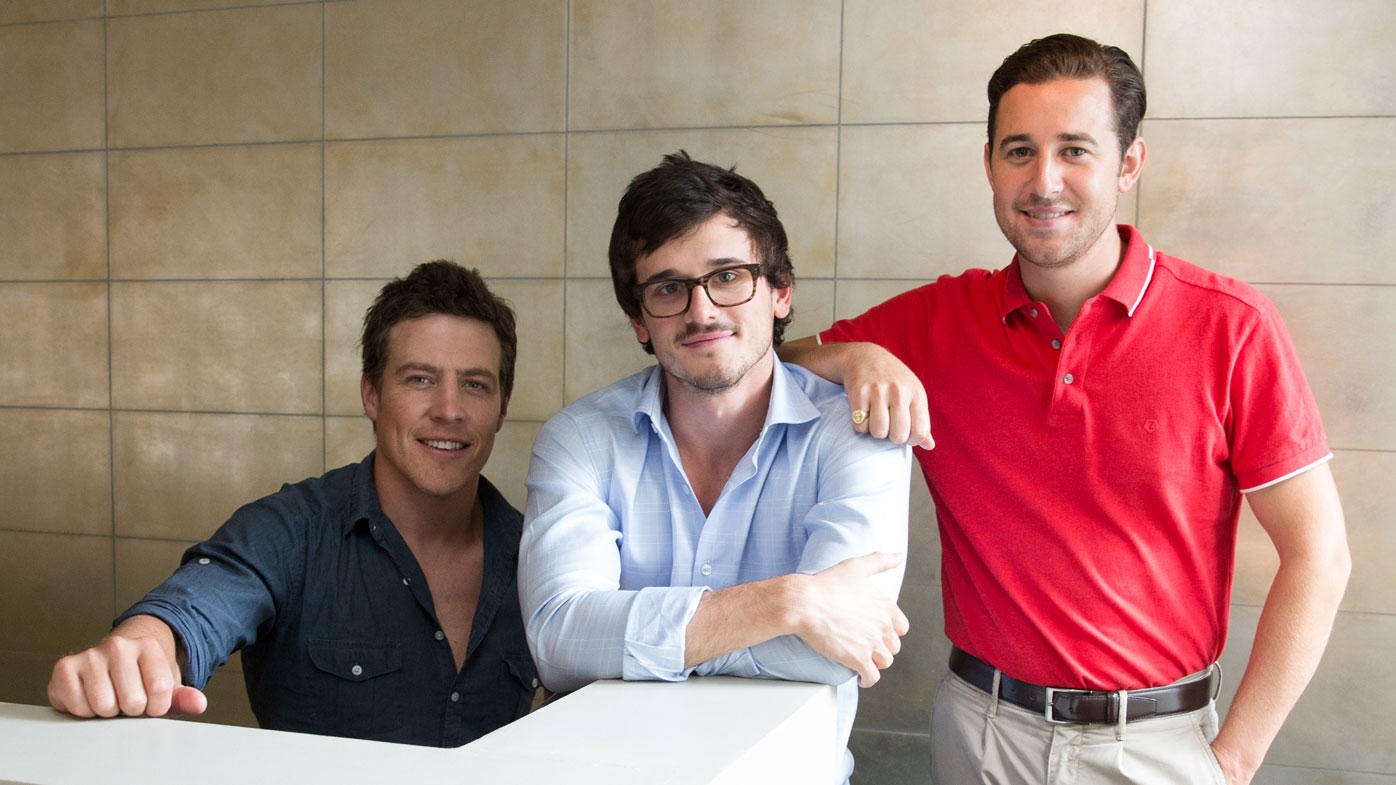 "Aussies' perception of what is difficult can be quite different to what's difficult in other places.

"In Australia it seems that, while I know a lot of people are doing it tough, losing their jobs - in terms of basic freedoms - leaving your house, going for a walk and seeing your friends - these are things that are impossible here.

"Life has been strict here for seven weeks now. In Australia it's only been three or four weeks and it's been quite loose in terms of restrictions compared to here.

"I do think there needs to be a bit of a reality check really - you just have to laugh seeing people playing on the beach back home and saying 'this is isolation life' - when we would do anything to be on a beach right now." 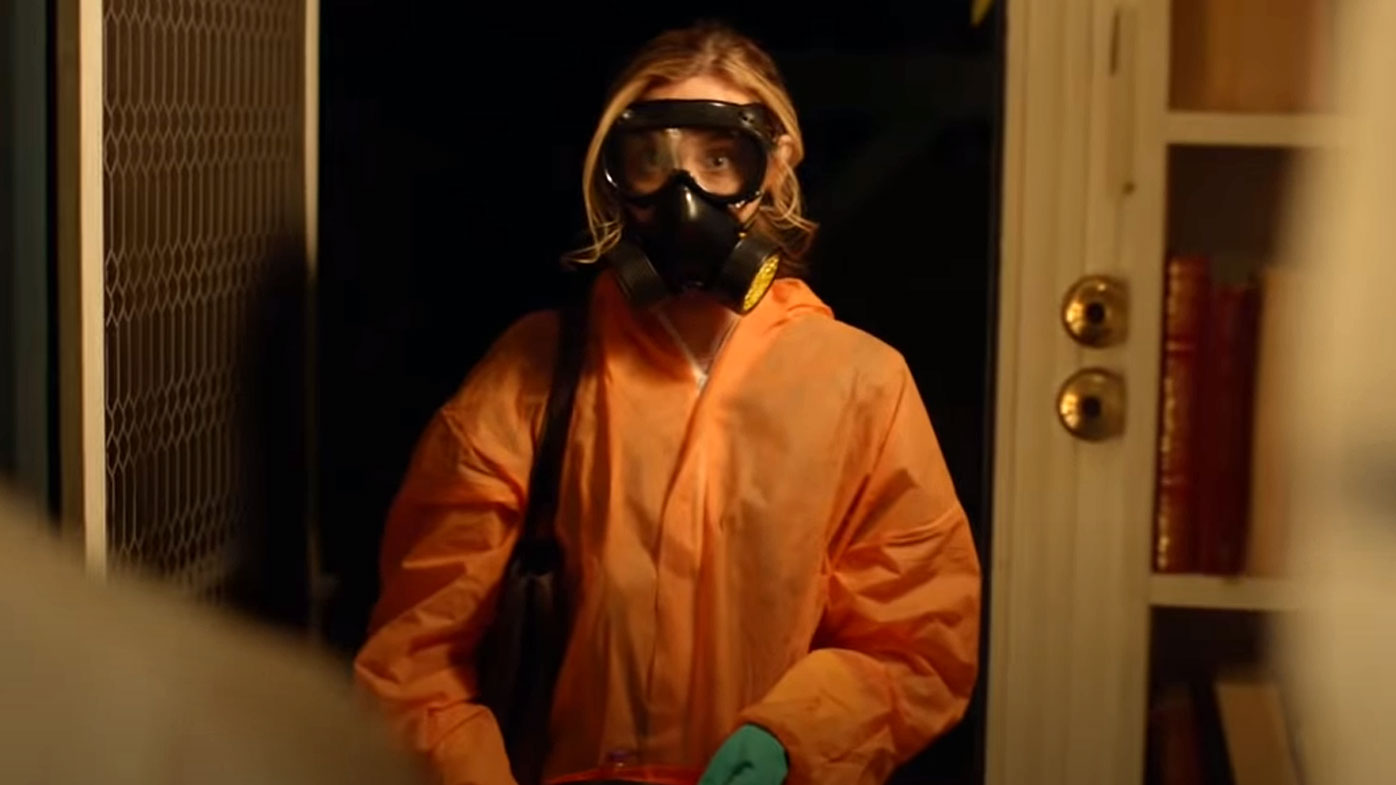 The Cooped Up trailer has seen up to 50,000 views a day throughout the pandemic, and Mr Guglielmi has recently paired up with international streaming services keen to show his bizarre prediction to the word.

He says it's been shared countless times on social media and he's read thousands of comments from users bewildered by the coincidental similarities.

To that, Mr Guglielmi can concur.

While he says he still can't quite believe he predicted a global pandemic five years ago, he hopes his next prediction will come true - that the lockdown will soon end and we can enjoy the freedom we all took so much for granted.