The prime minister has warned Australians that opening up “will be harder” than closing down, while mapping out his JobMaker vision.

The prime minister has warned Australians that opening up "will be harder" than closing down, while mapping out his JobMaker vision.

Australians will need to retrain themselves to live and work in a post-pandemic world, Scott Morrison said during his National Press Club address.

The prime minister unveiled part of the Coalition's economic plan, JobMaker, which is designed to claw the nation back from pandemic-induced pain. 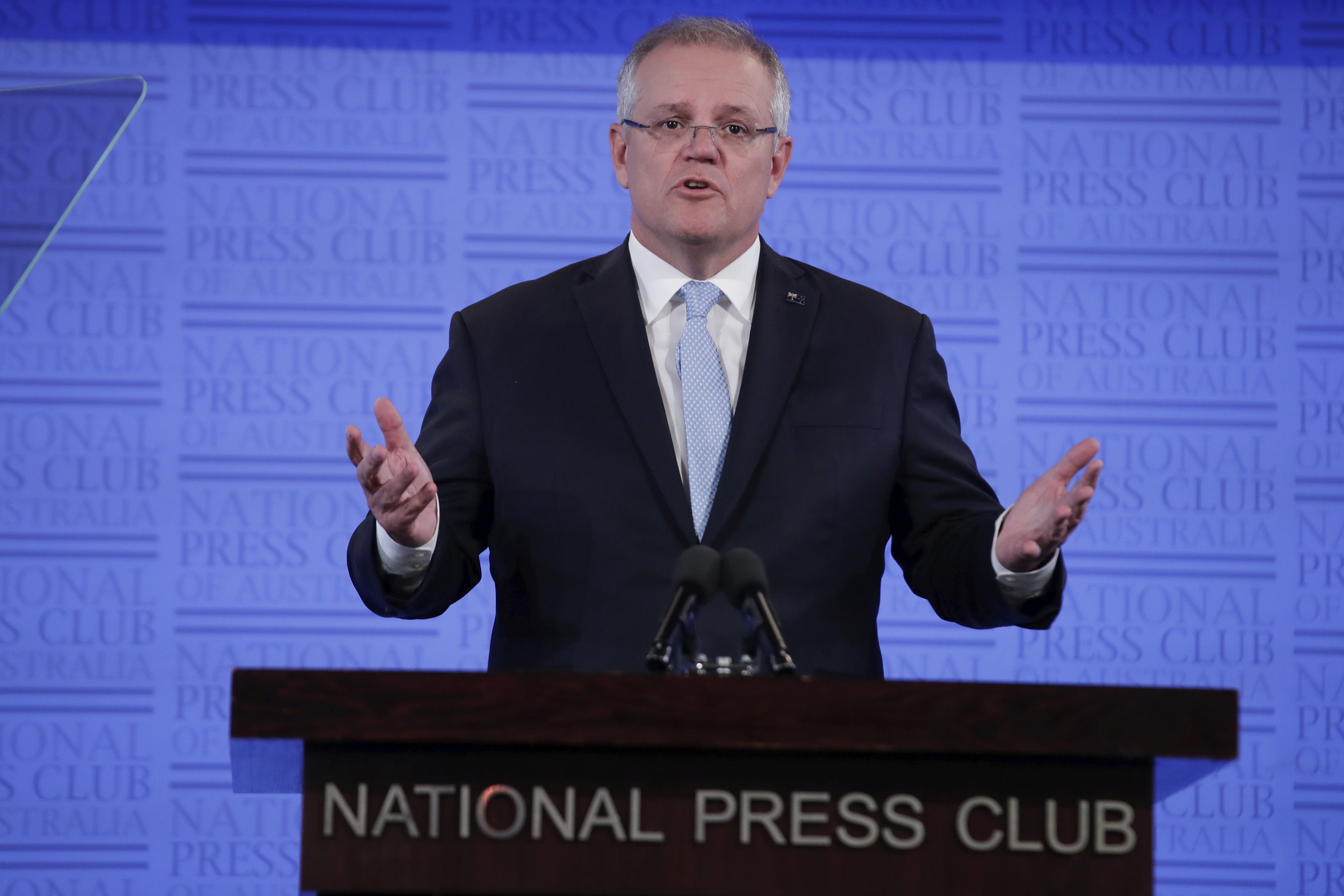 Almost 100,000 Australians have written to Mr Morrison since the country was hit by the pandemic, which has caused more than 100 deaths and untold economic damage.

"So many have suffered and they continue to hurt, right here, and right now," Mr Morrison said.

"It has been a time of great uncertainty as Australians have had to come to terms with sudden and profound changes to their lives."

He said the government must live within its means, "so we don't impose impossible debt burdens on future generations".

Mr Morrison said business must be enabled to earn Australia's way out of the crisis.

Under Mr Morrison's plan, funding would be more closely linked to skill gaps based on what businesses need.

Industry will be given greater power to shape training, with pilot schemes across human services, digital technologies and mining used as examples for other sectors.

READ:  Iran's Zarif says Trump has more than 50 percent chance to be re-elected

Mr Morrison flagged changes to the funding model which sees $1.5 billion of federal cash flow to state governments annually for skills and training.

He pinpointed industrial relations, energy and resources, higher education, research and science as sectors that would benefit.

"Our current system is not fit for purpose," he said.

"Especially given the scale of the jobs challenge that we now face as a nation."