Prime Minister Scott Morrison announced vaccinations had hit the milestone figure during a visit to the Therapeutic Goods Administration headquarters in Canberra.

Mr Morrison said about 25,000 of those doses had been administered to the most vulnerable people - those in aged and disability care.

EXPLAINED: When will I be eligible to receive the coronavirus vaccine? 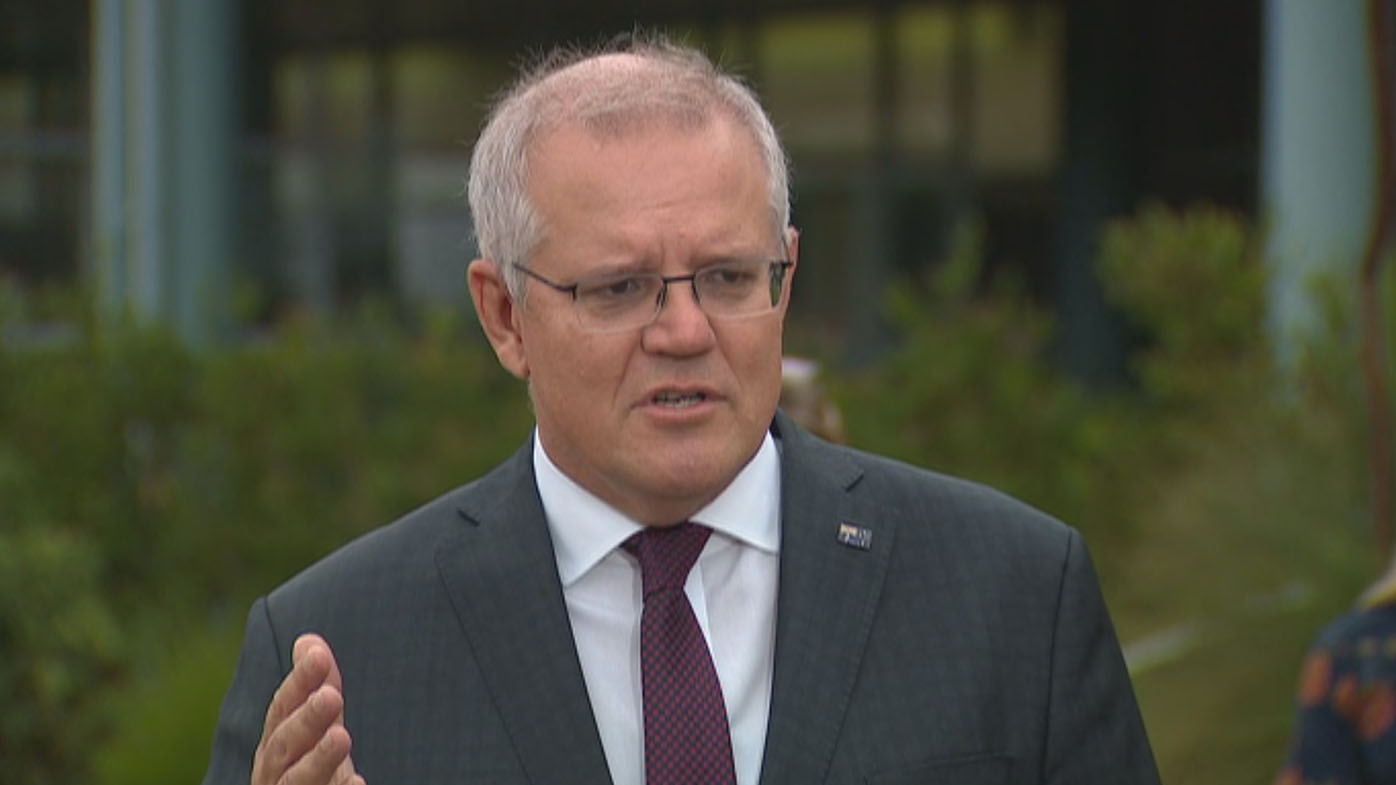 "Yesterday we went past the mark where 100,000 of those have been jabbed into the arms of Australians and I'm pleased to say a quarter of those vaccines have been administered to the most vulnerable of Australians, in aged care facilities and those with disabilities and so the vaccination program is underway," he said.

There are 1.3 million doses of the AstraZeneca and Pfizer vaccines in Australia, Mr Morrison said.

Mr Morrison said Australia now has enough imported stocks to keep the nation going until local production begins and is approved by the TGA.

"The important point about the 1.3 million we have been able to secure and have in-country now, means that has built the bridge to get us to the commencement of the locally produced vaccines," Mr Morrison said.

Mr Morrison also defended the pace of the vaccine rollout.

"It's steady. It's safe. It's well-planned. And it's overseen by the best medical experts in the world, and so we welcome that development."

READ MORE: Everything you need to know about the different coronavirus strains 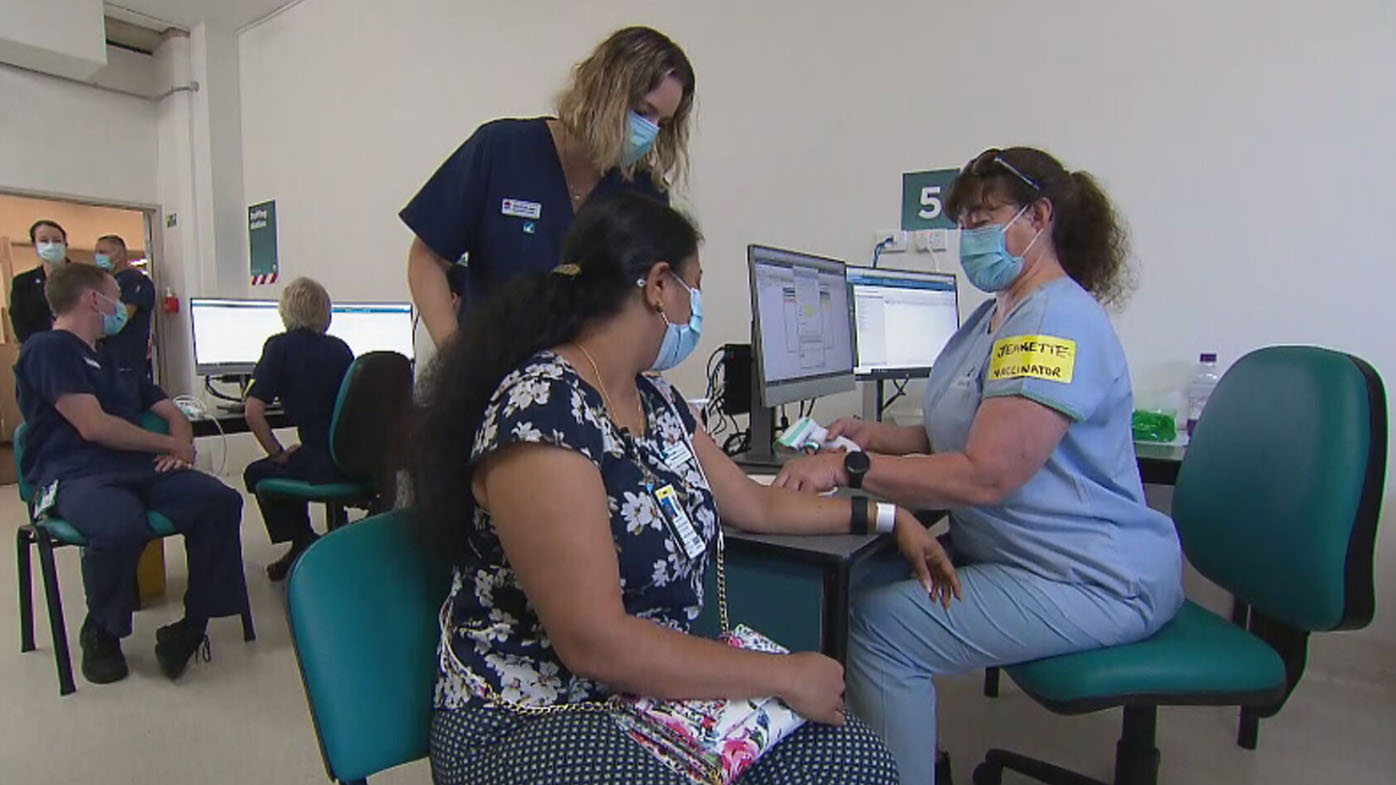 The Federal Government originally planned to have four million people vaccinated by the end of this month, which now looks highly unlikely.

Health Department Secretary Brendan Murphy said the vaccine rollout is "not a race".

"We have no burning platform in Australia," he said.

"We are taking it as quickly and carefully and safely as we can.

"We are not like the US or the UK or any, most other countries in the world where they have got people in hospital dying."

But Professor Murphy said the target of offering every adult Australian the vaccine by October remained.

"The major target has always been to offer every adult Australian the vaccine by the end of October," he said.

"That is what we are working to and particularly to get the vulnerable people in phase 1 and 1B vaccinated as quickly as possible by the middle of this year."

Dr Coatsworth - who told the program he was a "declared fainter with needles" and lay on a hospital bed as a precaution - became the first person in the ACT to receive the jab this morning.

READ MORE: When the coronavirus supplement will end 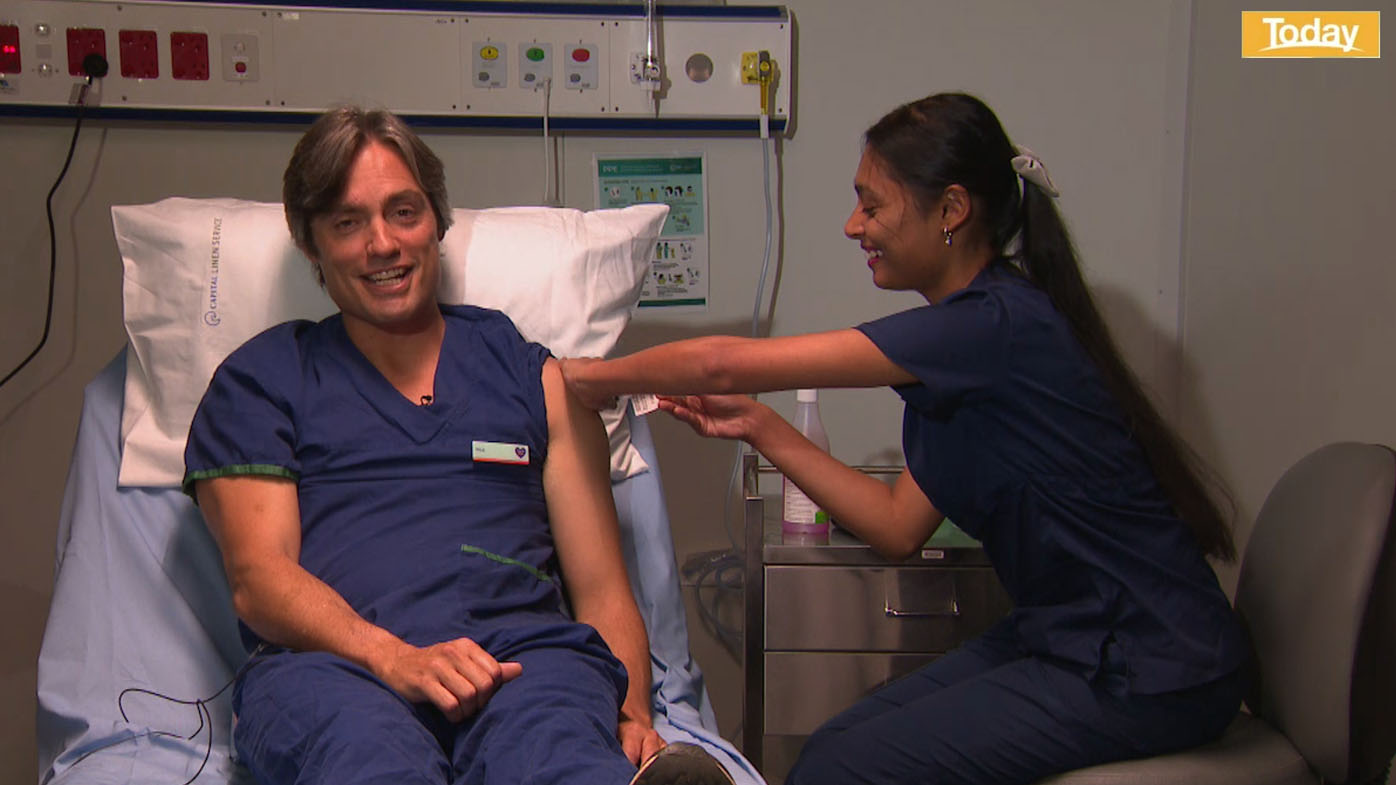 After receiving his vaccination, he said he expected the national rollout to increase over the coming weeks as the vaccine is distributed to GPs and pharmacists.

"This is ramping up and particularly with the introduction of general practitioners and then pharmacists as we move through the phases, that is really what is going to be the force multiplier for this," Dr Coatsworth said.

NSW will become the next state to begin administering the AstraZeneca vaccine with the first doses to be given at Sydney hospitals today.

Vaccination hubs have been set up at St George and Hornsby Hospitals where frontline workers will be given the jab alongside Premier Gladys Berejiklian, Chief Health Officer Dr Kerry Chant, and Health Minister Brad Hazzard.

This vaccine is administered in two doses, 12 weeks apart with healthcare workers and vulnerable persons first in line to receive the injection.

NSW is joining South Australia, Queensland and Victoria, which began the rollout of the AstraZeneca vaccine last week after Australia announced it had secured more than 300,000 doses from the EU.