Melbourne's house and unit prices have reached a new record high, with the median house price likely to pass $1m in the next quarter.

The Domain House Price report for the March quarter reveals property affordability is being pushed further out of reach for many desperate to get into the market, especially for houses.

Released this morning, the report also reveals capital cities have outperformed regional areas for the first time in over a year. 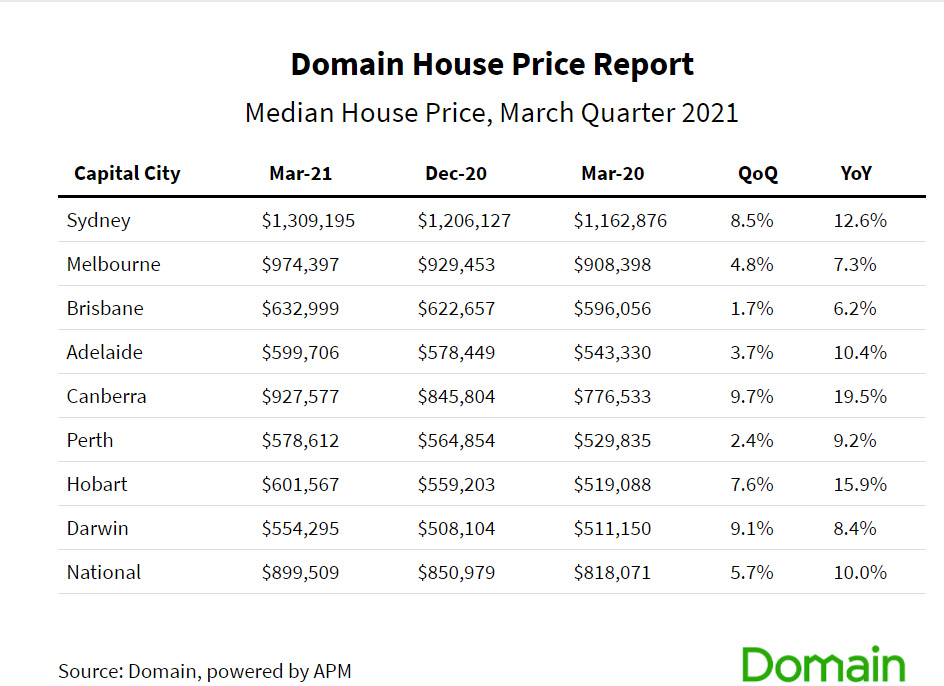 Domain Senior Research Analyst Dr Nicola Powell said the average house price in Australia is now just under $900,000 with units at just under $585,000.

"Nationally, house prices reached a record high over the March quarter of $899,509," she said.

"The 5.7 per cent quarterly gain is the steepest rise in almost 18 years, with all capital cities posting growth.

"This is the first time house prices have risen simultaneously for two consecutive quarters since 2009 post-GFC." 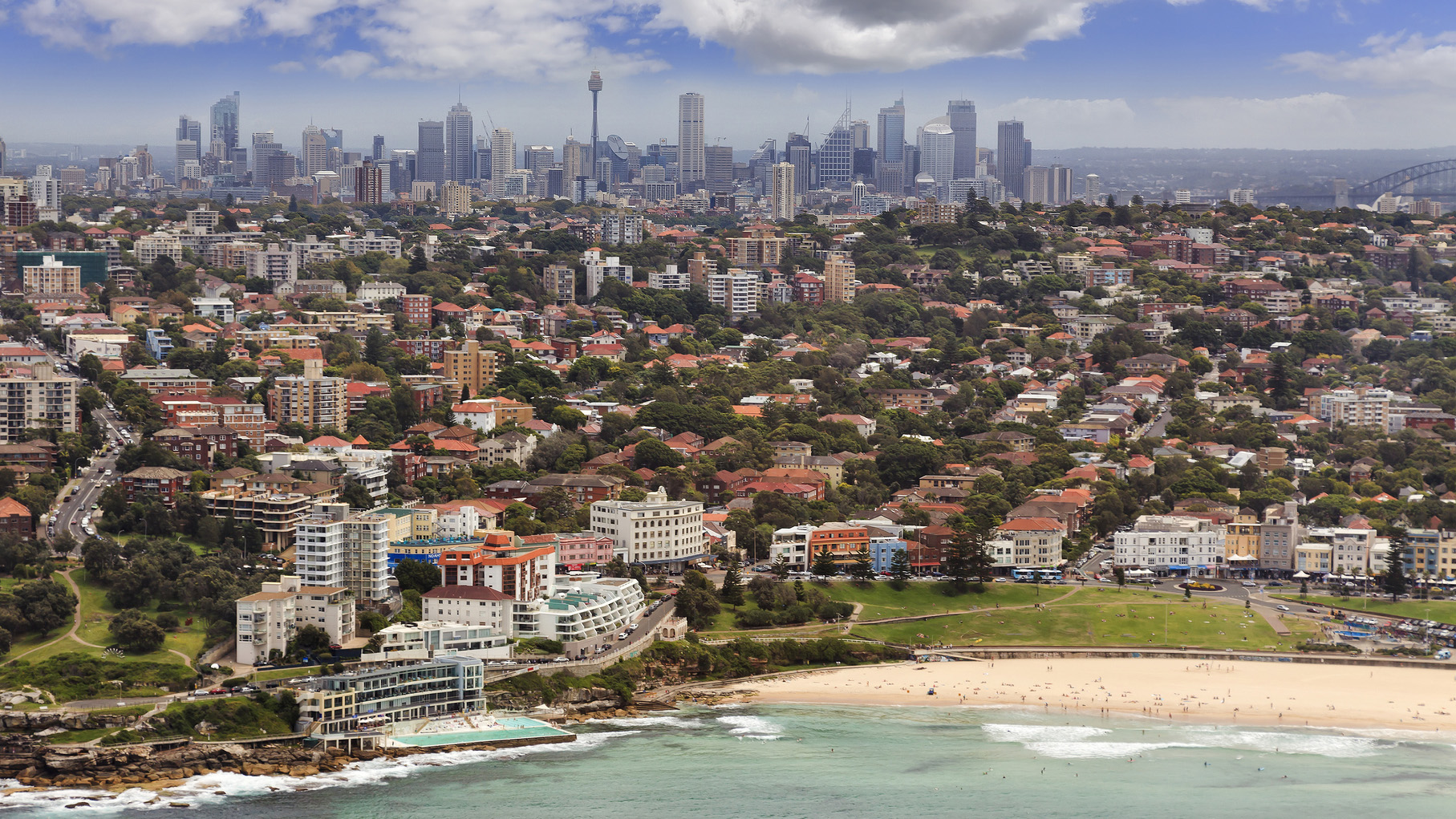 Scroll down for a summary of each major market.

"This is the fastest quarterly acceleration of house prices since Domain records began in 1993," Dr Powell said.

"This has pushed annual house price gains into double digit percentage growth, making it the steepest increase since the lead up to the previous price peak in mid-2017, at 12.6 per cent." 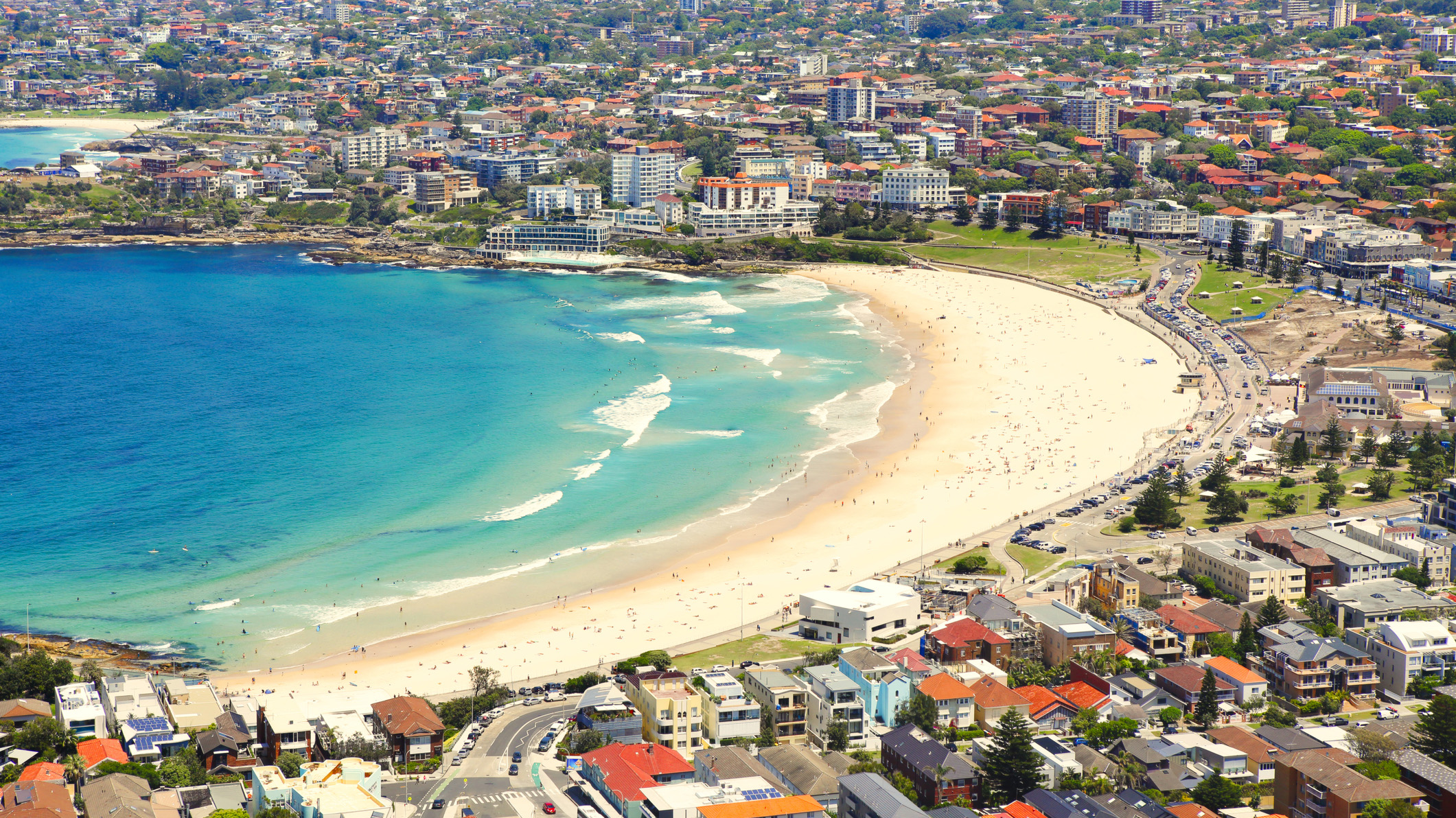 Houses at the top of the market are leading the charge, with the strongest quarterly gains recorded in the eastern suburbs, northern beaches, Baulkham Hills and Hawkesbury.

But all Sydney regions have hit record high prices.

"Over the past three decades, Sydney house prices have twice increased by more than eight per cent over a quarter, the first time in June 2015," Dr Powell said.

"This outcome highlights the rarity of such a significant quarterly gain, presenting unique conditions for buyers and sellers.

"For homeowners, this is the fastest rate of capital growth on record."

Units are continuing to underperform compared with houses.

Unit prices increased 2.2 per cent over the March quarter to $751,038, a marginal 0.2 per cent higher than the same time last year.

READ:  Is It Safe To Let People Use Your Bathroom During The COVID-19 Pandemic?

"Prices will still grow but it is unlikely to stay at such sustained growth rates over each quarter," Dr Powell said.

For the first time in a year, housing prices in Melbourne have risen at a faster pace than regional Victoria. 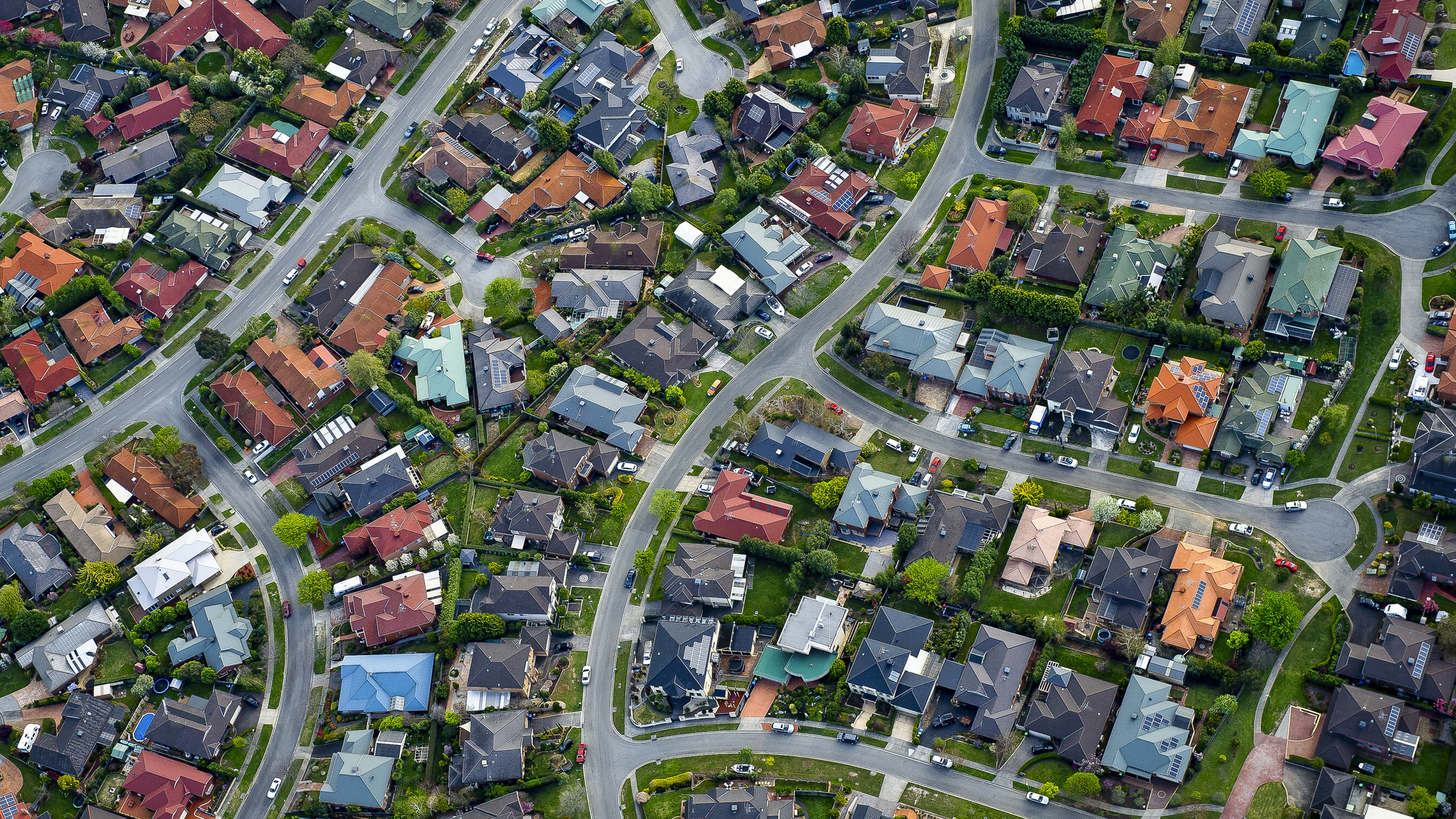 And that pace is likely to continue.

"Given the momentum that has built in the housing market, Melbourne's median house price is likely to crack $1 million over the coming quarter," Dr Powell said.

The Mornington Peninsula is the standout area, with house prices leaping 16.6 per cent compared to last year.

Units in the city are underperforming compared to houses, but they are at a record high following a 2.2 per cent rise to $568,793,

"Melbourne is the only capital city to record a new unit price high - all other cities remain below previous peaks," Dr Powell said. 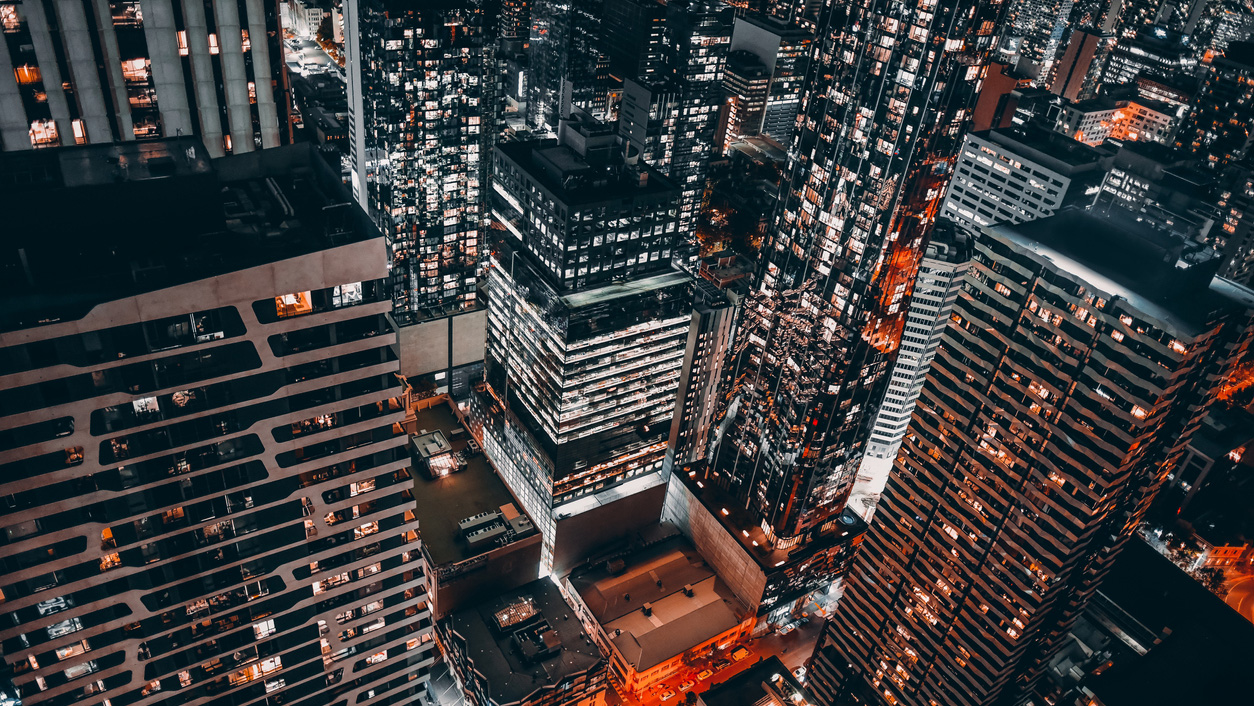 "A perfect storm has been created to fuel housing demand - a combination of record-low interest rates, reduced discretionary spending, as well as state and federal housing incentives," Dr Powell said.

"For Melbourne, conditions are exaggerated given residents have lived through multiple lockdowns.

"This will undoubtedly have spurred homeowners to rethink lifestyle choices, bring forward decisions or even readjust housing needs, resulting in booming levels of home loans financed."

Greater Brisbane house prices are at a new record high, at $632,999, the Domain report found.

Prices have risen modestly for seven consecutive quarters, up a further 1.7 per cent over the March quarter.

This is 6.2 per cent higher than the same time last year.

However, units have not done so well for owners, but will help people get into the market. 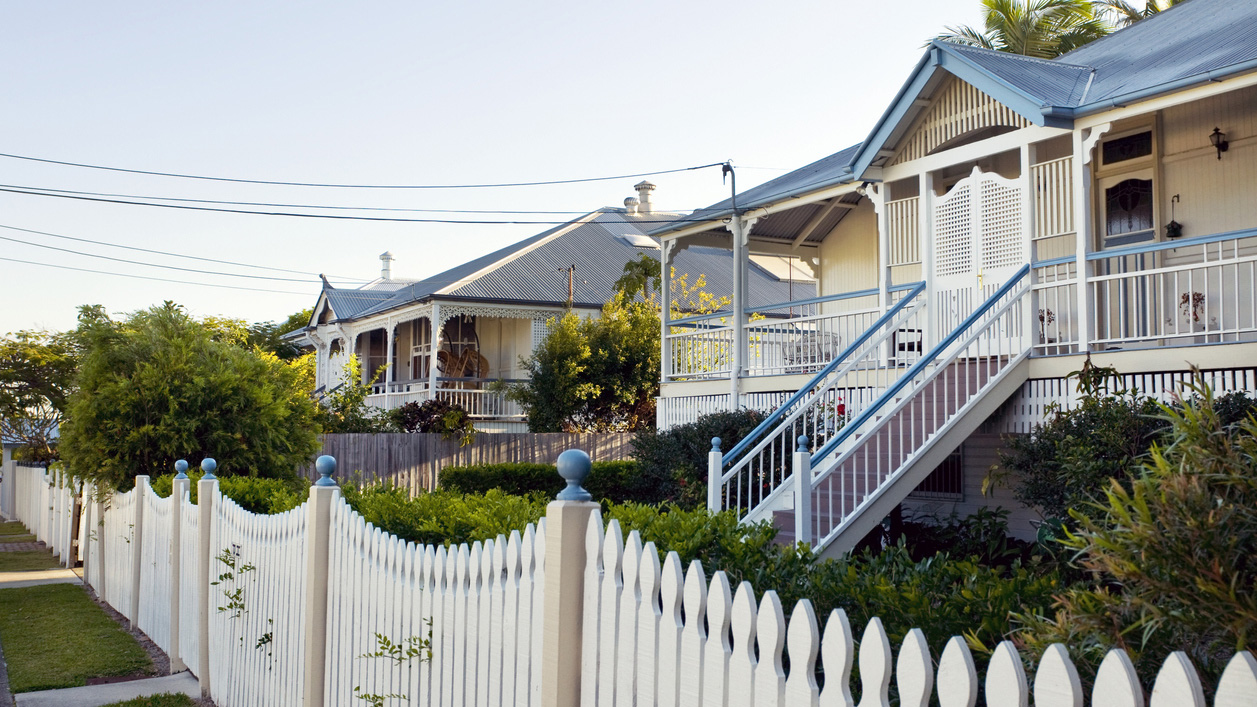 "Brisbane still has a two-speed market, with unit prices falling over the quarter and year, down 0.5 per cent and 1.1 per cent lower respectively," Dr Powell said.

"Affordability has improved for buyers who are paying a multi-year low for a unit at $398,612."

Meanwhile, prices hit new records on the Sunshine Coast, with houses providing some of the strongest rates of annual growth across Australia, the report says.

READ MORE: What you need to earn to afford a mortgage in Sydney

"This is the quickest rate of price increases in roughly 17 years," Dr Powell said. 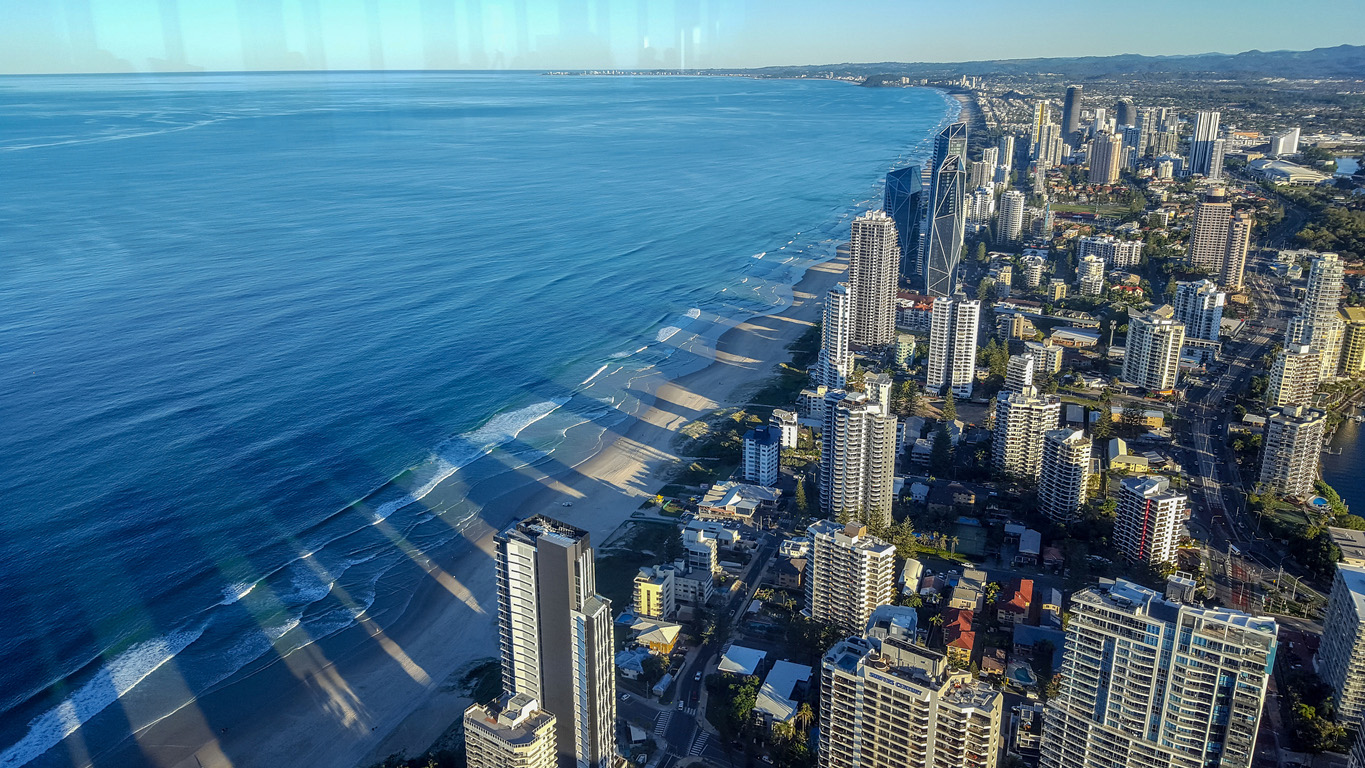 Dr Powell said interstate buyers are fuelling the market in the state.

"The number of Australians relocating to Queensland from other states is at its highest level since 2006, " she said.

"COVID-19 has been the driver of change, accelerating an exodus from the larger cities of Sydney and Melbourne, and shifting residents across state borders - Queensland has been the population winner.

"Changed lifestyle preferences post-lockdown and the option of remote working has driven demand to south-east Queensland as buyers are drawn by affordability, liveability, climate and greater value for money."

Adelaide house prices have reached a new record high at $599,706, rising 3.7 per cent over the March quarter, the Domain report found.

The south of Adelaide was the only area to record double-digit annual house price growth, at 11.6 per cent.

Adelaide is now the third most affordable city to purchase a house, behind Perth and Darwin.

"For the first time on record, it is now more affordable to purchase a house in Adelaide than Hobart,"  Dr Powell said.

Meanwhile, Adelaide unit prices increased a small 1.1 per cent over the quarter to $344,062, 6.9 per cent higher than the same time last year.

And the market in the city is busy, Dr Powell said.

"For houses and units, current sale transactions are at the highest level since 2007."

"The flow of new listings has not been able to keep pace with buyer demand, creating competition that the market has not experienced in some time."

Perth house prices have reached their highest point in just over five years and unit prices the highest in almost three years, the Domain report found. 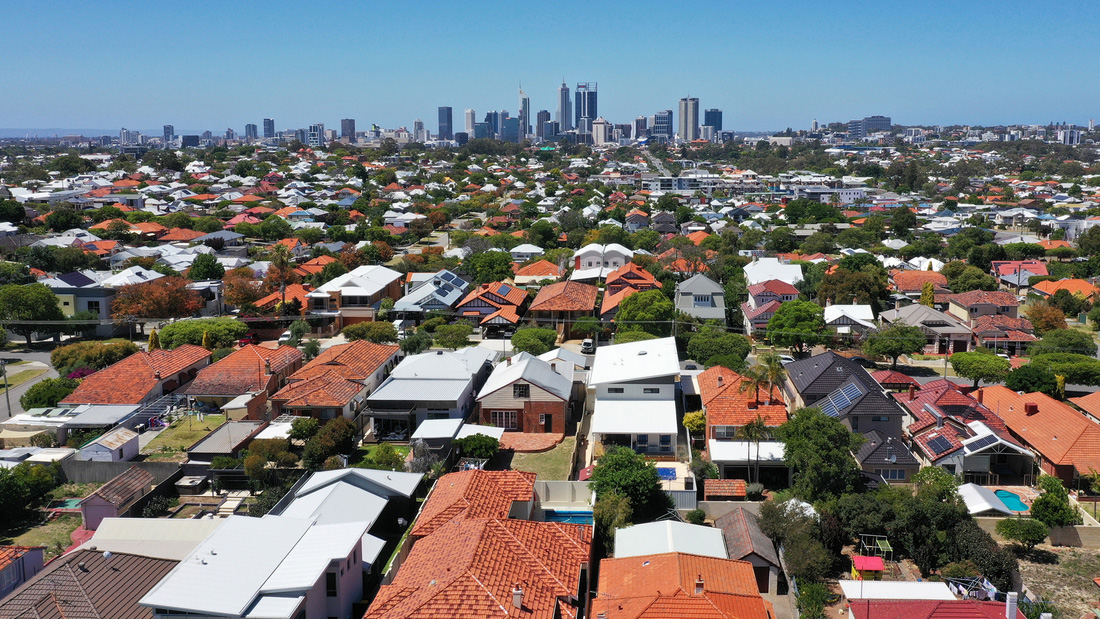 "It is clear Perth's housing market has moved into another price cycle, now roughly one year into a recovery following a five-year downturn," Dr Powell said.

House prices rose 2.4 per cent over the March quarter, the fourth consecutive quarter of growth.

Units notched a third consecutive quarter of growth, up 3.9 per cent.

"Setting Perth apart is the affordability factor, with homeowners aware prices are below peak but rising, creating pressure to purchase before they accelerate too far," Dr Powell said.

"Border closures will have also impacted Perth given the number of interstate workers; many would have chosen to relocate during the pandemic.

"Those from the eastern states would have found prices affordable in comparison, as would expats returning from overseas cities with far higher home prices.

"As a result, transactions in Perth are back to transaction volumes last seen back in 2014."

Hobart house prices are at a new record high, breaking $600,000 for the first time. 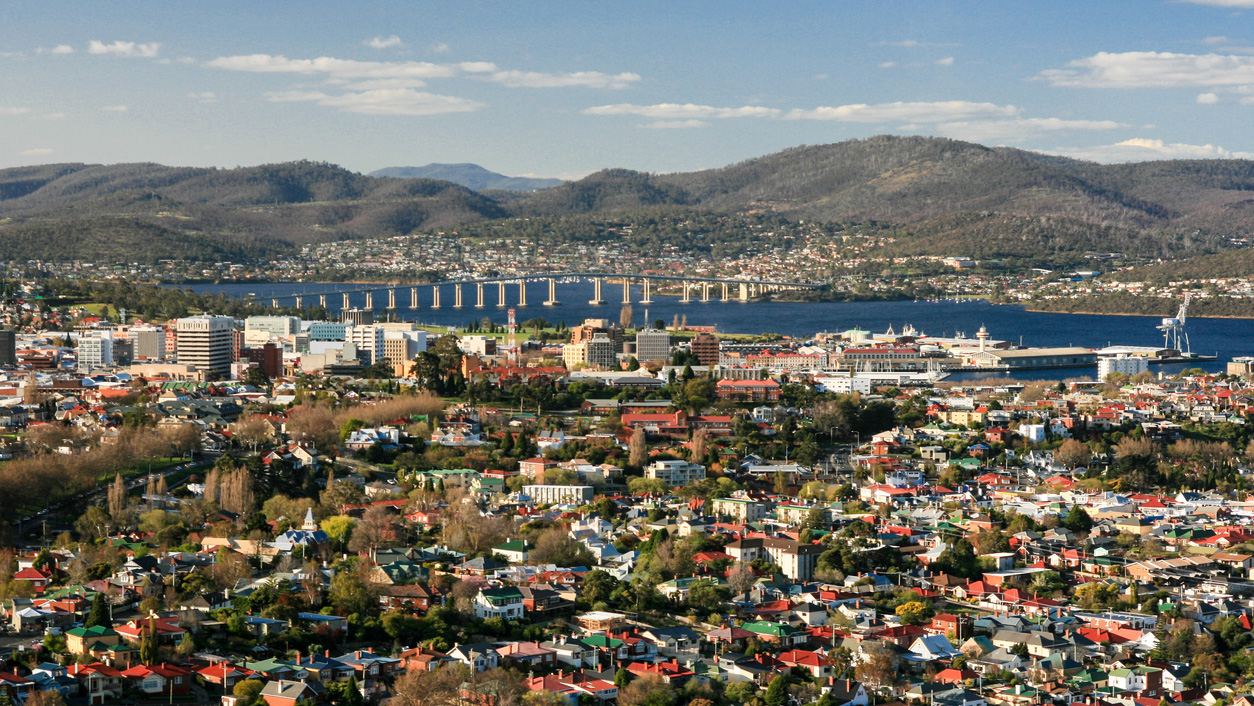 This is the steepest quarterly jump since 2017.

This has pushed annual gains 15.9 per cent higher, the biggest jump since 2018.

And it is growing, meaning the Tasmanian capital is losing its affordable tag.

"At the end of 2019, Hobart was the most affordable capital to purchase a house.

"Hobart house prices have now leapt past Adelaide this quarter, and remain more expensive than Darwin and Perth."

Inner Hobart units are the only region to fall annually but overall units have gained a huge amount over five years.

"Over the past five years house and unit prices have risen 73 per cent and 67 per cent respectively, surpassing all other capital cities," Dr Powell said.

"The local lifestyle and successful control of the pandemic, as well as the desire for lower density living will continue to place Hobart in the spotlight."

The start of 2021 has provided some record-breaking outcomes for Canberra, the report shows. 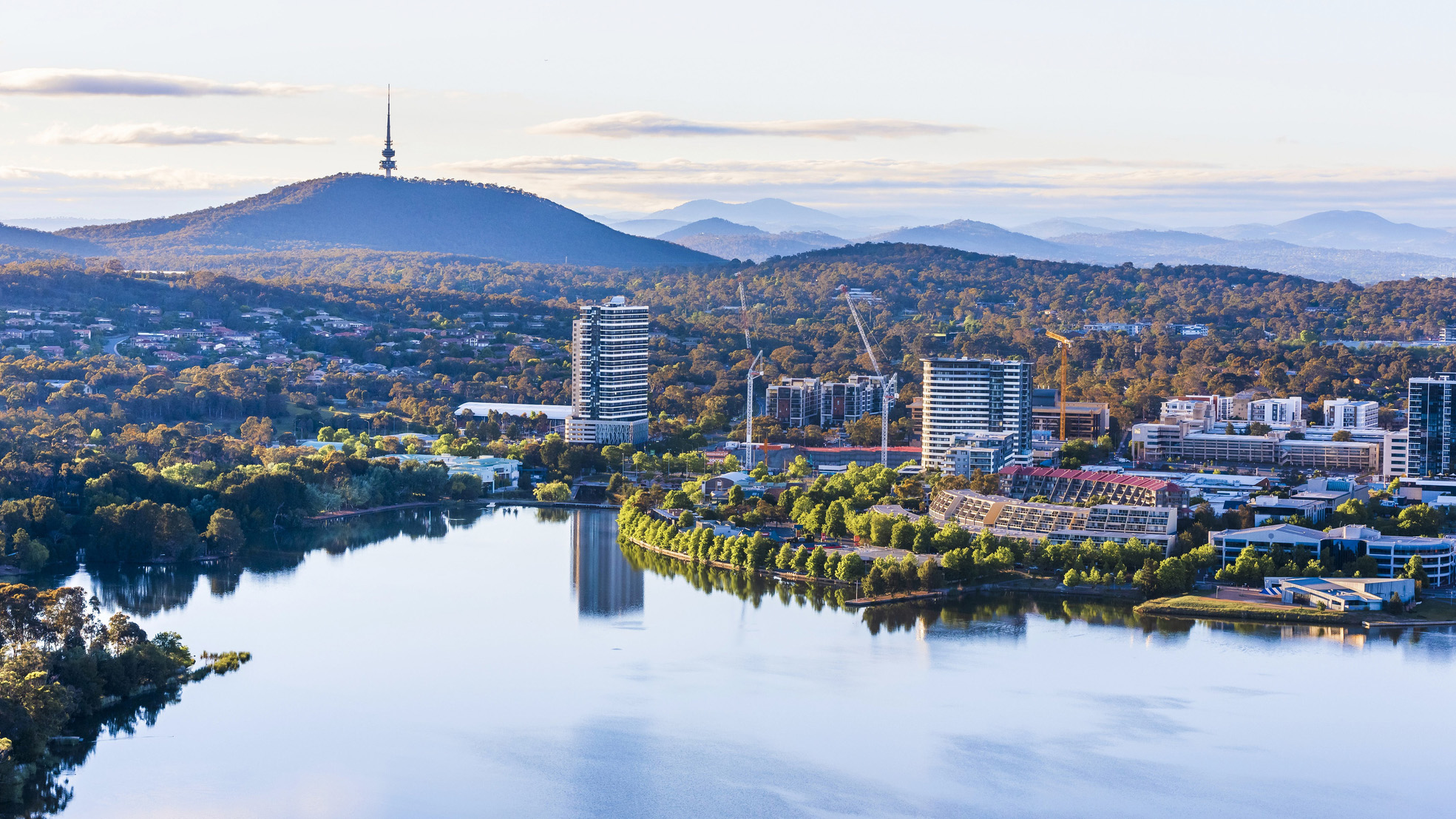 This is the fastest acceleration of house prices over a quarter since Domain records began in 1993, and the first time they have cracked the $900,000 mark.

This has pushed annual house price gains to 19.5 per cent, the steepest annual increase in 17 years.

"Canberra is a breakaway performer compared to the other capital cities, recording the strongest annual and quarterly house price growth," Dr Powell said.

"Another quarter at the same percentage growth rate would push house prices above $1 million.

Units declined five per cent over the March quarter, to $473,304, 2.8 per cent higher than the same time last year.

Following a multi-year downturn, prices began to improve in Darwin in the middle of last year.

For houses, this recovery continued and prices have hit the highest point since late 2017, Domain said. 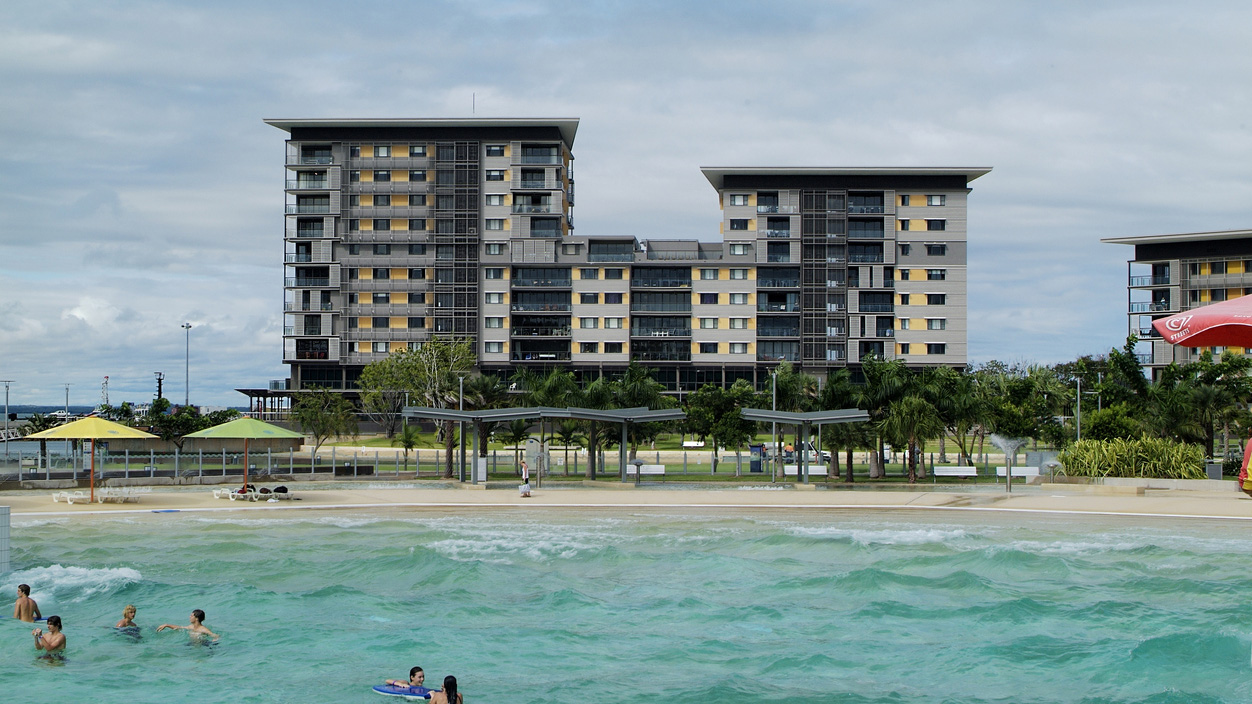 Apartment prices are 20.2 per cent higher compared to last year, a rate of growth not seen since 2009, the Domain report found.