See the latest stories on the coronavirus outbreak.  SYDNEY, May 21 – Australian state and territory leaders bickered on Thursday over whether to reopen internal borders, a major step to rejuvenating the country’s A$80 billion dome…

SYDNEY, May 21 - Australian state and territory leaders bickered on Thursday over whether to reopen internal borders, a major step to rejuvenating the country’s A$80 billion domestic tourism industry, as part of measures to ease coronavirus restrictions.

Australian Prime Minister Scott Morrison has said he wants the bulk of all social distancing restrictions removed by July under a three-step plan, as the country continues to report low daily numbers of new COVID-19 infections.

But the implementation of the federal plan is down to the leaders of individual state and territories, who come from opposing political parties and disagree on how safe it is to allow unrestricted movement throughout the country. 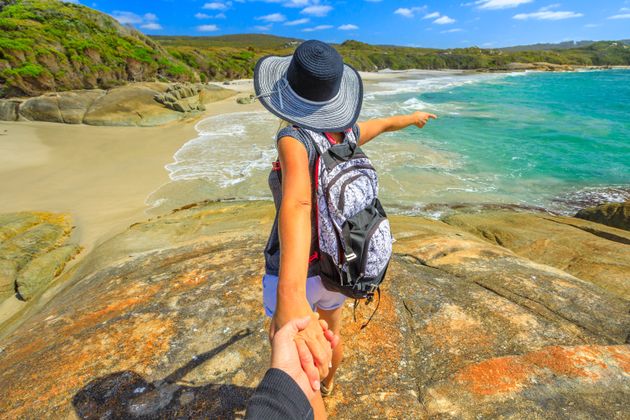 New South Wales has called for all borders to be opened as a critical step to giving the ailing economy a much needed boost.

“For Australia to really move forward as a nation during this very difficult economic time as well as difficult health time, we do need our borders down,” NSW Premier Gladys Berejiklian told ABC.

Earlier in the week Berejiklian announced NSW will lift its limits on regional travel with holidays allowed within the state from June 1.

“You can go on a holiday with your family and friends, but know the holiday you’re taking from 1 June will be different to a holiday you have taken before,” she said on Wednesday.

Travel restrictions in NSW will be lifted from June 1. You will be able to holiday anywhere in the State. Remember at all times to practise strict social distancing, frequent hand washing, and plan and book ahead. Avoid shared facilities. pic.twitter.com/G10NlgIhnu

Domestic tourists spent a record A$80.7 billion last year, according to official government data, almost half of all tourism spending.

Deputy Chief Medical Officer Paul Kelly said on Wednesday there was no medical reason to keep borders closed, but many smaller states, which have reported very low numbers of infections and few to no deaths, remain reluctant.

“I promise you we can create thousands more jobs in South Australia by keeping our borders closed at the moment,” said Marshall.

Queensland’s Chief Medical Officer Jeannette Young supported calls to keep borders closed, saying “one case can cause an enormous setback to our plan to open up our communities”.

.@AnnastaciaMP has defended her decision to keep Queensland borders closed, despite a push from the tourism industry for restrictions to be eased. https://t.co/p86fwUfcNB@GeorgiaRSimpson#7NEWSpic.twitter.com/PAQlUK4osG

Australia’s tourism sector was one of the country’s hardest hit by social distancing restrictions, including the closure of its international borders to non-residents and a ban of non-essential domestic travel.

Nearly 600,000 people were in April forced out of work by the coronavirus restrictions. Australia’s unemployment rate effectively rose to 9.6%.

In an effort to cushion the “unprecedented” blow to the economy, the Reserve Bank of Australia (RBA) slashed interest rates to 0.25% in an emergency meeting in March and launched an unlimited quantitative easing programme.

The government is also splashing out cash, including a A$130 billion wage subsidy scheme, and still the head of the central bank said he could offer no guarantees.

“Despite all these efforts, the future remains unusually uncertain,” RBA Governor Philip Lowe said during opening remarks in an online panel discussion.

“We might get a vaccine, we might get some anti-viral medication, but it’s also possible that we don’t. So we have an incredible lot riding on the work of the scientists.”

Secretary to the Australian Treasury Steven Kennedy on Thursday said unemployment will likely rise through the next few months, with a sharp economic rebound now unlikely.

“I’m not predicting a V-shape recovery. But given the nature of the shock – if the government responds well with its fiscal levers, we needn’t have an L-shaped recovery, which is what people would think when it comes to a depression,” Kennedy told Australian lawmakers in Canberra.

Australia has reported just over 7,000 COVID-19 infections, including 100 deaths, well below figures reported by other developed countries.