For more than a month the figures have been bad in Victoria but nobody would admit it.

ANALYSIS: Australia pay attention: Victoria is showing you how NOT to do it.

If it wasn't so serious the rest of the country would be laughing. Instead they should be learning from what Victoria is doing wrong and trying to avoid the real risk of a second wave of COVID-19.

For more than a month the figures have been bad in Victoria but nobody would admit it. For weeks Victoria has been sitting at 170 per cent more cases than NSW, despite the smaller population.

Finally reality has hit. Finally, the politics couldn't be used as a shield anymore.

Six Melbourne municipalities covering dozens of suburbs have been declared no go zones. Federal health officials advised people not to visit or leave, and the State Government threatened regular police checks to make sure that advice is followed.

It is called "ring fencing" and it was used in China during the SARS pandemic with some effect. But it is dramatic and in a democracy very difficult to enforce.

What if you work in a neighbouring suburb? What if the kids go to school in a different municipality?

Today the warnings caused fear in the streets as hundreds of people queued to be tested. Some testing stations ran out of test kits. There were traffic jams. It was bedlam. 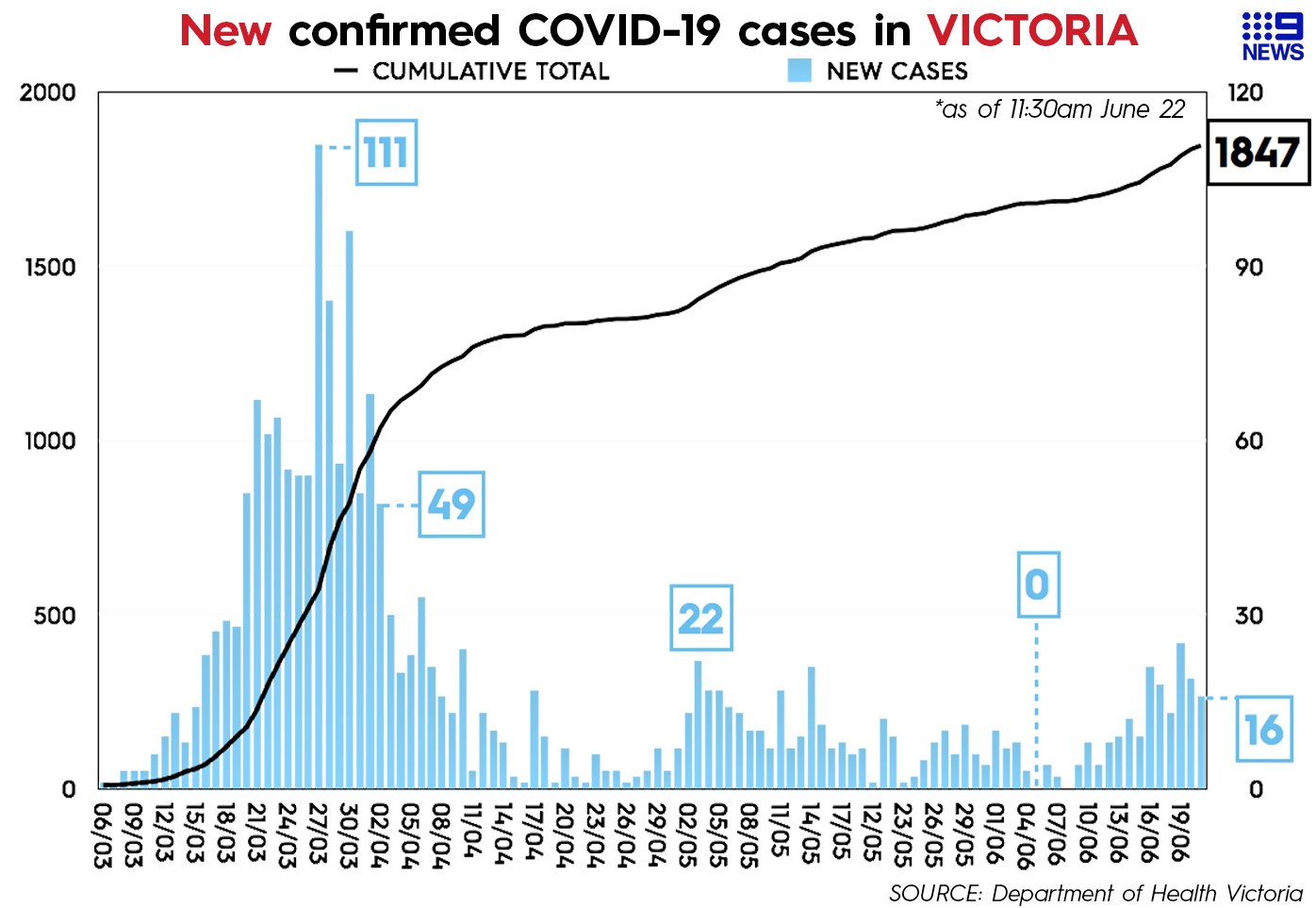 But there other lessons the rest of Australia can learn.

The Black Lives Matter protests. OK, so far there have been only four cases of protestors testing positive. But here was a symbolism that was destructive. People saw the protests, heard the Victorian government's initial soft reaction, and said, "hang on, if they can ignore the rules why can't we?"

Finally reality has hit. Finally, the politics couldn't be used as a shield anymore.

After the protests many Victorians stopped trying. Social distancing broke down, people pushed the boundaries. And when asked why, they would point to the inconsistency of protestors getting away with it.

And too many people have been leaving quarantine and have to be tracked down by police.

In NSW the defence forces made sure the rules were followed in those facilities, why not in Victoria? Sydney had far fewer problems and a far tougher approach.

Then there's the spin. Early in this horror there was an outbreak at a meat processing works, Cedar Meats. The authorities didn't ask enough questions and didn't ask the right questions. They cited privacy for victims while the list of infected people grew.

As it got worse but the health minister and the premier both said: "this has been handled perfectly".

It was transparent nonsense, and it went to undermine public trust in the system.

There has been too much spin around the pandemic strategy, which is the habit of this Victorian government. Straight answers are avoided.

And that is perhaps the ultimate danger and the ultimate message to the rest of the country. Trust your public, treat them like adults. Tell them the truth and if you make an error admit it. Everybody will understand that. These are unprecedented times and everybody is working under pressure. Mistakes will be made and pretending otherwise is offensive.

This is too serious for politics and political spin. The public is not stupid and will see through the trickery. Then, you will lose public trust and they will be far less likely to do the right thing with social distancing, self-isolation and all the other sensible techniques they are asked to follow.

Treat them like fools they will behave like fools. Treat them as grown-ups, most will be sensible and responsible.

There are many messages out of Victoria's mess, but none more important than that one simple point. Please, look and learn.

3AW Mornings with Neil Mitchell is on from 8.30am to midday from Monday to Friday. You can subscribe to the podcast here.