A Chinese newspaper has belittled Australia and Japan as “US tools” in what is becoming an increasingly confrontational Indo-Pacific theatre.

A Chinese newspaper has belittled Australia and Japan as "US tools" in what is becoming an increasingly confrontational Indo-Pacific theatre.

Australian Prime Minister Scott Morrison has been targeted by Chinese propaganda while visiting Japan, where a defence pact between the two nations is under discussion.

"It's inevitable that China will take some sort of countermeasures," the Global Times wrote, in a sabre-rattling op-ed about Australia's tightening alliance with Beijing's oldest foe.

Global Times warned that Australia will "pay a price" if it continued to move towards an Asian-NATO alliance with the US, Japan and India.

"When military confrontation in the region intensifies, as far as all countries in the region are concerned, China must have the strongest endurance," the paper predicted.

"Countries like Japan and Australia have been used as US tools," it said. 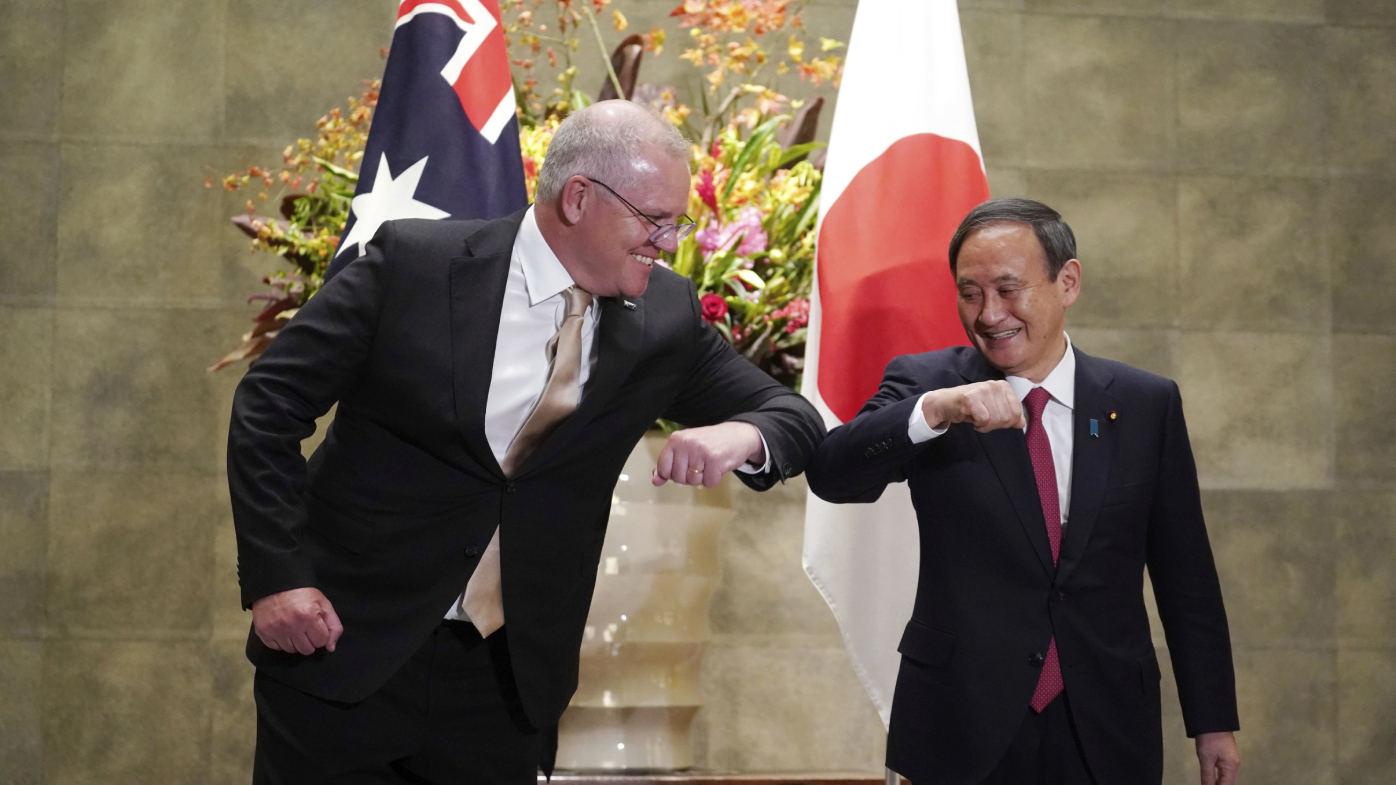 "It's fair to say Japan and Australia set a bad example by interpreting their biggest trading partner, China, as a 'security threat', acting at the behest of the US."

Mr Morrison has conducted talks with Japanese Prime Minister Yoshihide Suga in Tokyo, where Chinese expansionism, defence, trade and a coronavirus travel bubble are believed on the agenda.

Global Times insisted China was interested in "peaceful development" in the Indo-Pacific, claiming: "The US, Japan and Australia are forcing China to explore deeper military cooperation with others. " 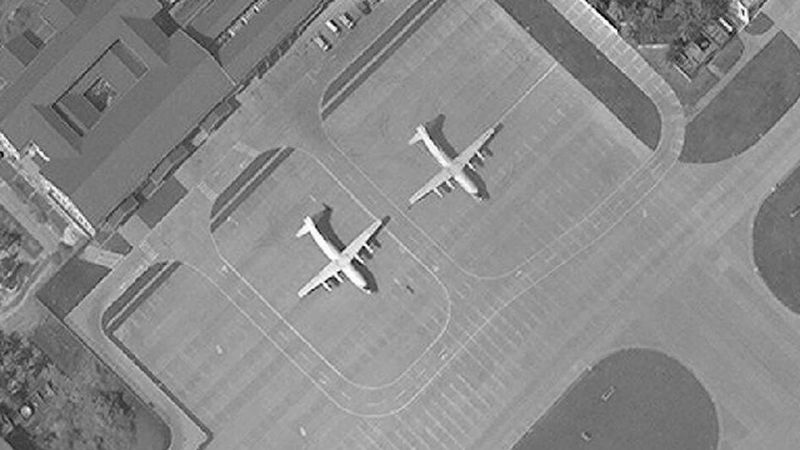 Canberra's relationship with Beijing is at a frosty low, with China flexing its trade muscle to ban Australian imports of coal, beef, wine, timber, grain and lobsters.

Beijing's building of islands in the South China Sea and its declaration of an air defence zone in waters of the East China Sea has unsettled the US and alarmed regional neighbours such as Japan.

China has slowly been consolidating its military presence on seven artificial islands in the South China Sea, bringing in defence systems and increasing radar capabilities. 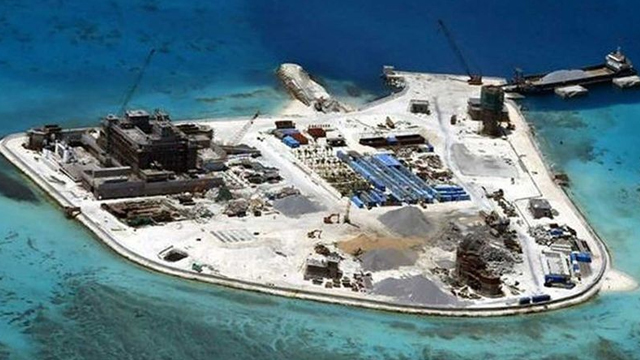 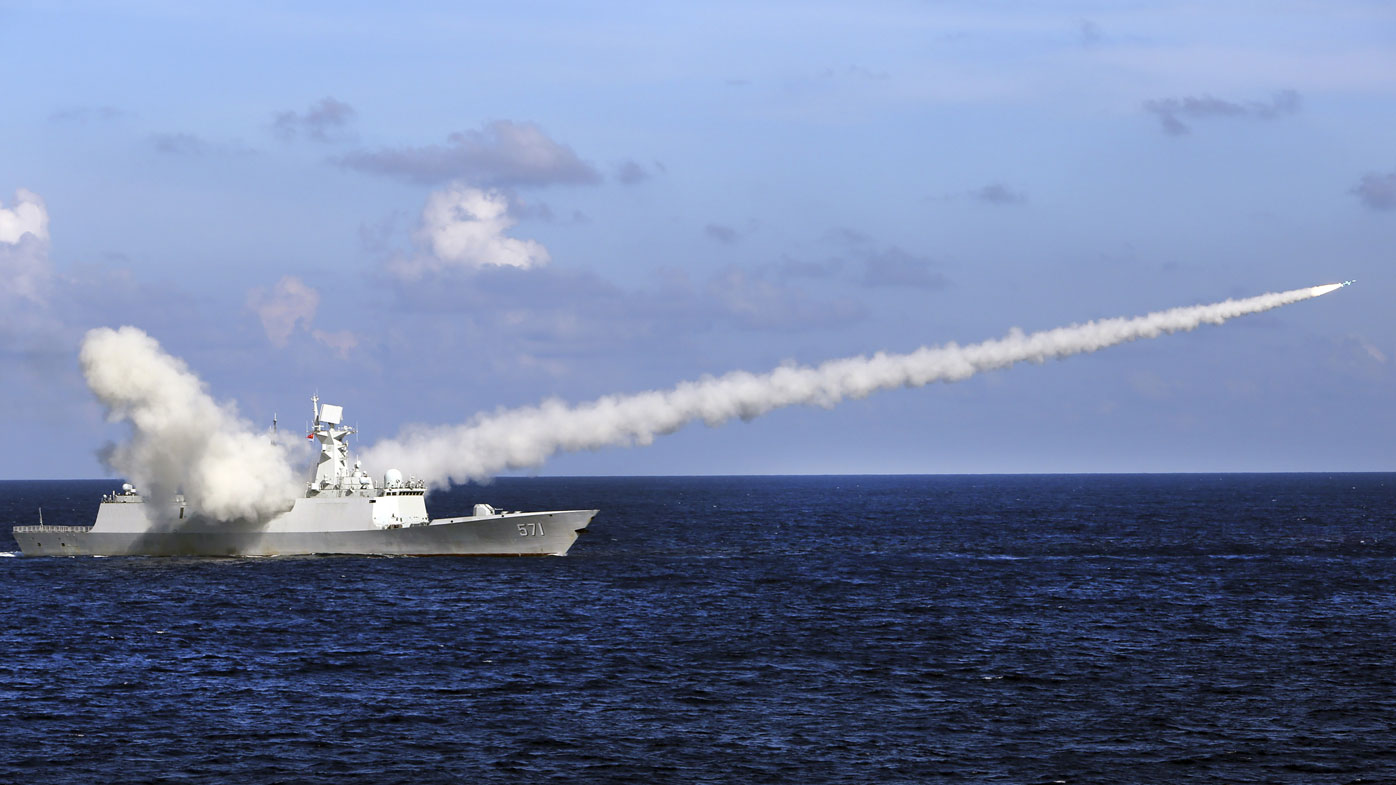 Mr Morrison and Mr Suga yesterday reached a basic agreement on a bilateral defence pact that would allow their troops to work more closely.

Yet to be formally signed, the Reciprocal Access Agreement would allow troops to visit each other's countries for training and joint operations.

It would also enhance their interoperability and cooperation.

The deal is the first of its kind for Japan since its 1960 status of forces agreement with the United States, which set the terms for the basing of about 50,000 American troops to operate in and around Japan under the Japan-US security pact.