Australia’s financial deficit is nearing $200b, as the government prepares to tackle surging unemployment in its budget plan.

Australia's financial deficit is nearing $200 billion, as the Federal Government prepares to tackle the threat of surging unemployment in its budget plan this year with newly-funded projects and fast-tracked tax cuts.

The government's July financial forecast for the national deficit was estimated at around $184 billion, worsened by the coronavirus pandemic's significant hit on the economy.

9News understands that in 16 days the Coalition will unveil Australia's largest-ever deficit in the budget by dollar amount, with the percentage fall in the economy only ever topped following government spending in World War II. A progressive think tank has tonight put pressure on Prime Minster Scott Morrison's government, amid suggestions the government's financial plan will include tax cuts in a bid to generate public spending.

"Tax is an investment in our society," an advertisement released by the Australia Institute says. "Those demanding tax cuts today will be demanding service cuts tomorrow."

The renewed scrutiny comes as JobKeeper, the government's $11 billion-a-month wage subsidy plan, is due to slowly be unwound from the beginning of October — risking a bump of millions of people to the nation's unemployment figures. 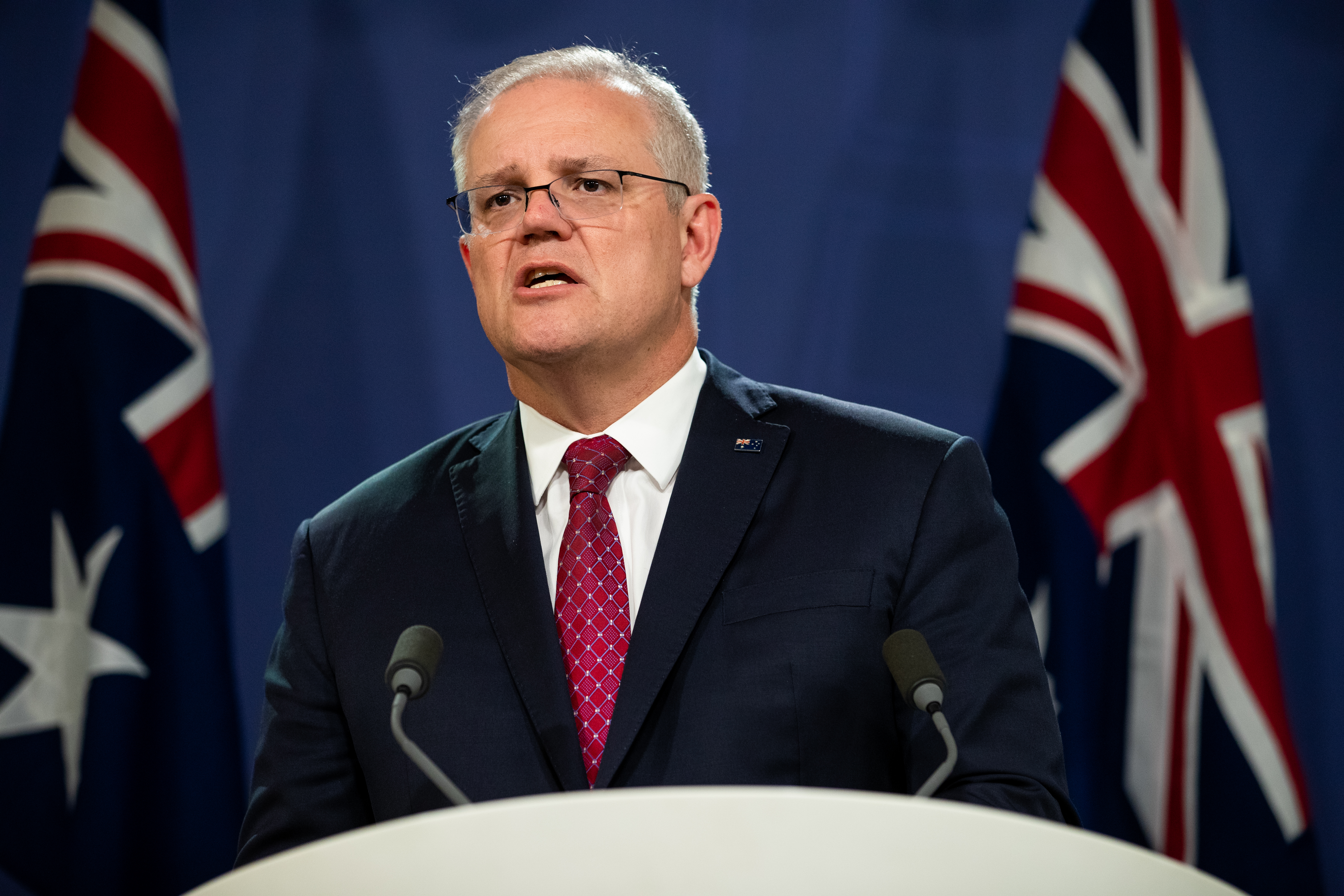 The Federal Government's current battle for the budget will be to prevent that surge in joblessness: they plan to do it by putting money into infrastructure projects and the pockets of individual Australians through accelerated tax cuts.

To keep the economy ticking over, Australians will be encouraged to spend that money through tax incentives, cutting of red tape and more money spent reskilling the nation's workforce in hopes of jumpstarting new jobs.

"The key is that the money ends up being spent," Chris Richardson from Deloitte Access Economics told 9News.

"To things like infrastructure, where you know the money will be spent — that's at the front of the queue. Tax cuts (are) where the money might be spent."

It leaves the government with an uneasy wager ahead of the budget reveal: withdraw the JobKeeper program and redirect spending to create new jobs, or potentially get it wrong and risk losing government in the next election.