Australians could start to see daily reminders to pay it forward in their change from today as the Royal Australian Mint releases the world’s first ‘donation dollar’ – a coin specifically designed to be donated.

Australians could start to see daily reminders to pay it forward in their change from today as the Royal Australian Mint releases the world's first 'donation dollar' – a coin specifically designed to be donated.

The unique coin is designed to encourage Australians to donate a small amount to those in need following months of hardship around the nation.

Each of the unique coins features a green centre with a gold ripple design symbolising the ongoing impact each donation makes to those who need it most. 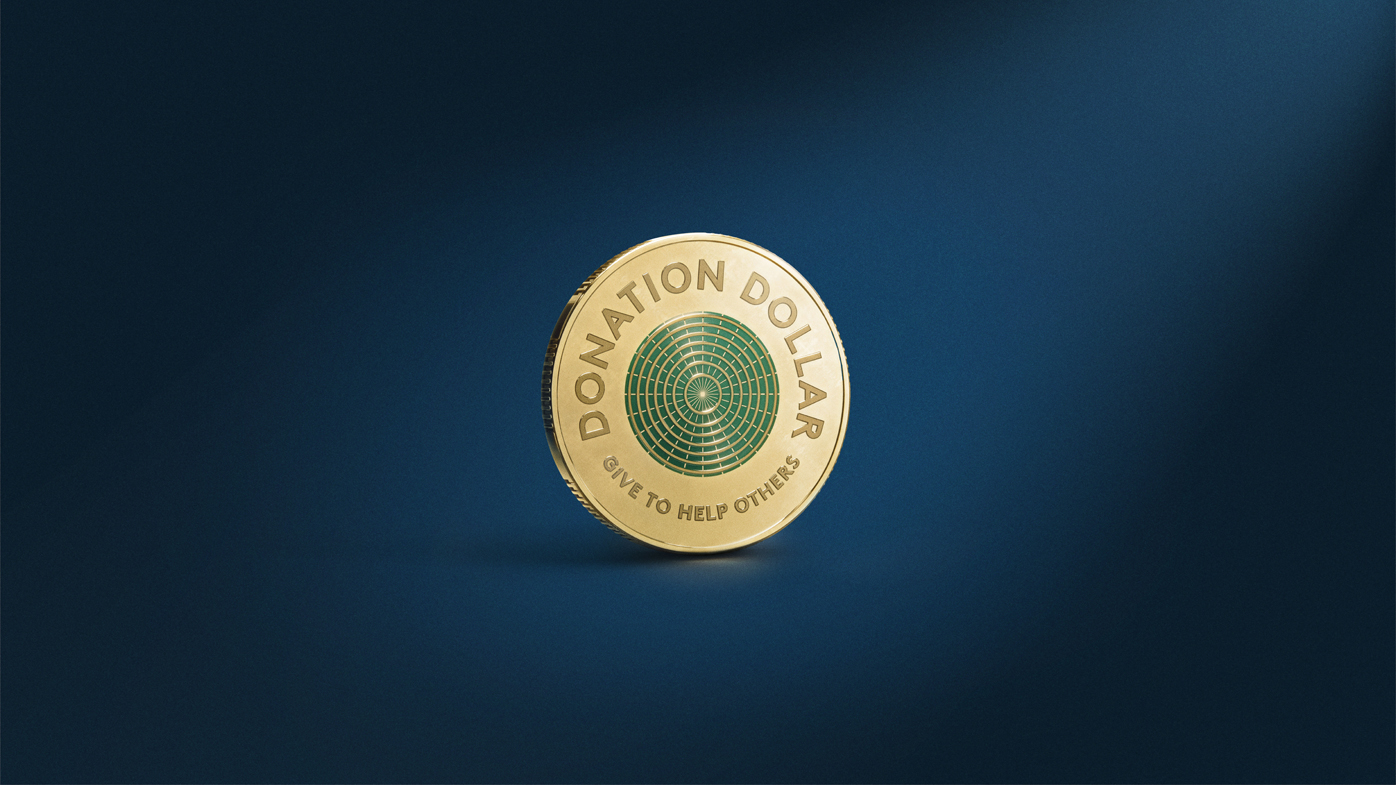 The Mint, intends to distribute millions of Donation Dollar coins in to circulation over the coming years – one for every Australian – in the hope they will be donated to a worthy cause.

A Donation Dollar can be used to donate wherever cash donations are accepted, leaving it up to the owner to decide where the money should go.

The heart-warming initiative follows one of the most difficult years in Australia's history with millions impacted by devastating bushfires, the coronavirus pandemic and the first recession in almost five decades.

As the country continues to battle the devastating social and economic impacts of the last ten months, many are in need of support.

One in five Australians saying they'll require some degree of charitable aid over the next 12 months.

Studies conducted ahead of the coin's release revealed nearly 60 per cent of people say they would be likely to donate this coin if found in their change.

"Like any other one dollar coin, the cycle of a Donation Dollar is ongoing, as is its potential for positive impact," Royal Australian Mint CEO Ross MacDiarmid said.

"If every Australian donated a Donation Dollar just once a month, it has the potential to raise an additional 300 million dollars annually for those who need it most.

"With Australia's support, we believe Donation Dollar has the power to make a real difference."