When nurse Angie Newman rushed back to the UK in July to see her sick parents for what she thought might be the final time, she never imagined she’d still be there.

When nurse Angie Newman rushed back to the UK in July to see her sick parents for what she thought might be the final time, she never imagined she'd still be there.

Mrs Newman has spent $21,000 on flights, but she and her daughter Jess, 15, remain unable to get home to Wollongong, NSW.

She is a permanent Australian resident having emigrated nine years ago, and Jess, who is a citizen, are among thousands of Aussies fighting to get back to the country after leaving during the pandemic. 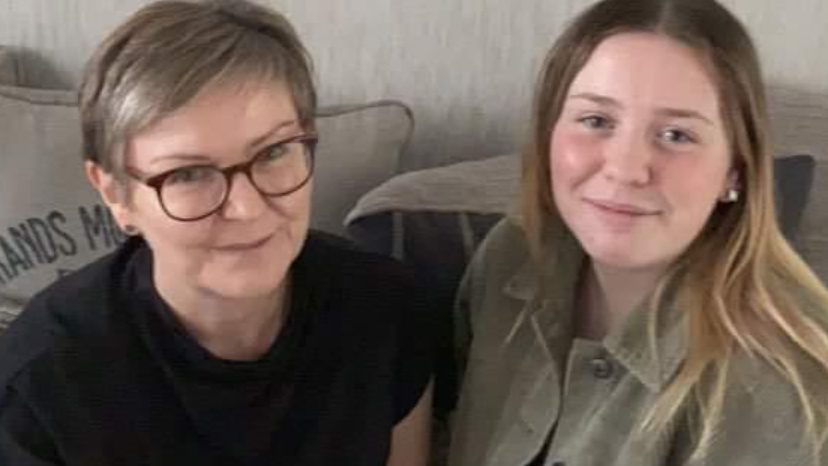 Despite the government's slight increase in the numbers of Aussies allowed to fly in, the pair has been bumped off three flights by airlines, who must adhere to the strict caps on passengers.

And if a new flight she has planned for Monday doesn't go ahead, she can't find another one until the end of December.

Mrs Newman said the government needs to do more to help Aussies and permanent residents get home.

"I think it's irresponsible," she told nine.com.au.

"They're causing disruption to the economy… people can't get back to businesses, children can't access education."

Since the travel ban at the end of March, Australian citizens and permanent residents have needed special permission to leave the country.

Almost 30 per cent of people living in Australia were born overseas, with the biggest number from the UK, meaning there is a chance many might have to leave.

And returning home to a sick family member is allowed if you do the paperwork.

Mrs Newman said she thought that being given the green light to leave would mean she would have no problem getting back in to the country, even though the pair would be required to do hotel quarantine at a cost of $4000.

But battling to book a flight amid complex travel rules combined with stressful cancellations - some of which she's only found out about on Facebook- has left her in tears. "It was only when my flight got cancelled on 21 August, I realised, 'oh my god thousands of others are in the same boat'," she said.

Since she got to Scotland, her mother, Suzanne, 72, has gone into a care home and father, Murray, also 72, is also about to move into a special facility.

While Mrs Newman has been able to continue her work in care home compliance - though sometimes has to work through the night- her daughter is really suffering, and has missed months of school.

Her husband Peter, who is waiting for them to return, is also finding it hard to deal with the situation.

Mrs Newman said she has heard people in support groups are being told there are no flights until March.

She called on the Australian government to expand the hotels used for quarantine and raise the "bonkers" caps.

Single dad William Watkins, 48, rushed back to the UK when his 90-year-old mother died. 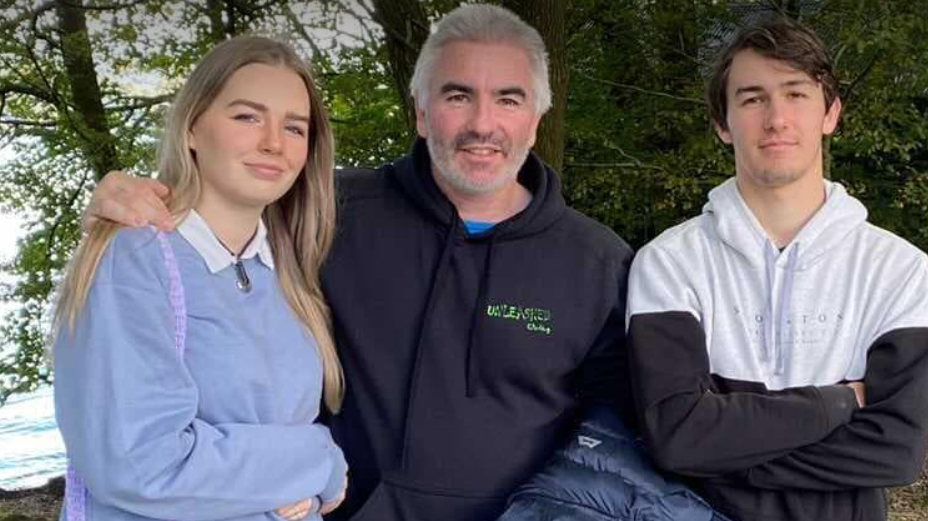 Getting permission to leave Australia had already meant he missed saying a final goodbye.

He only planned to stay for a few weeks to help with arrangements and attend the funeral, along with his children.

That was at the start of August, and the Australian citizen said if he can't get back to NSW soon, he faces losing his house as he can't pay the rent.

He can only do limited work on his business producing climbing gear from there, and is missing thousands of dollars income.

Ms Watkins is being paid JobKeeper payments for his extra job at a Sydney climbing gym, but they have now stopped.

"I've got nothing to pay my rent. Therefore I lose my house and everything in it," he said.

Lily has missed eight weeks of school, and will have to take her exams virtually from the UK. But Mr Watkins has given up trying to book flights after multiple cancellations and thousands still tied up In tickets. He said he can't afford business class flights, which might help.

While they're able to stay with family in Warwickshire, it's a tough time, especially with coronavirus cases in the UK rising.

He called on the government to raise the caps to let Australians get home.

"It feels like you're homeless. Your brain just goes numb after a while. We've been living out of the same bags for nine weeks," he said.

"It's just a breach of human rights- not being allowed back to your own home. 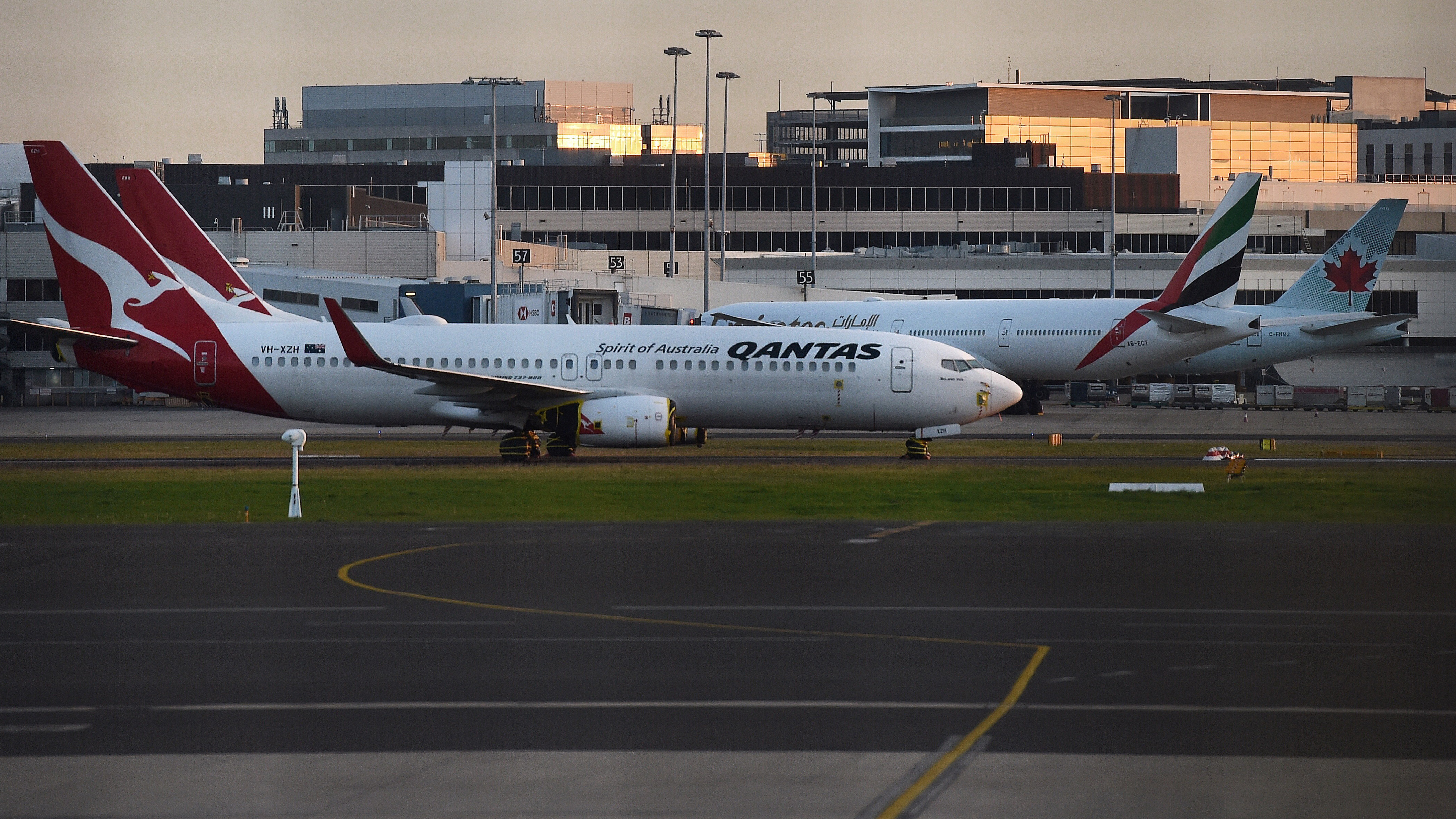 Nine.com.au has contacted DFAT and the Department of Infrastructure, Transport, Regional Development and Communications which is responsible for the flight caps.

At the start of the pandemic, Aussies on holiday were told to get home by Scott Morrison, but expats living overseas were told to stay where they had a job and support.

But since then, many of those have lost their jobs and need to come home- but can't.

Then there are people like William and Angie who have been forced to visit their home countries more recently.

Almost 30,000 Australians overseas have registered with the government as trying to get home, but it's thought the true number could be much higher.

Charity Amnesty International has even started a campaign on the issue.

It wants the caps raised and hotel quarantine expanded.

It has also called for charter flights to be arranged, like when Qantas helped Aussies get home from the Diamond Princess cruise ship in Japan in February.

"The Australian government is violating the human rights of thousands of Australians by not letting them back in the country," Amnesty International said in a statement.

"The small increase to the cap hasn't worked - we are still hearing horrifying stories of people struggling overseas. Trapped.

"The answer is for the Australian government to support the states to significantly increase quarantine capacity and to open federal quarantine facilities.

"This will allow a much larger cap increase, or to scrap the cap all together. On top of this, the government need to work with the airlines to ensure that as many people are coming home as possible.

"Thirty people on a flight - as it is now - is ridiculous. The government can also charter flights, and use RAAF resources."

Deputy Labor Leader Kristina Keneally has been campaigning on the issue.

She wants the flight caps raised and rules to stop airlines inflating prices.

But she tweeted the Morrison government voted against it.

As reported by nine.com.au thousands of temporary working visa holders who were overseas when the borders closed also remain trapped abroad.

What are Australia's flight caps?

Strict limits on airline passengers were introduced in July, after Victoria's bungled hotel quarantine, with the government saying it would make it easier for them to handle the process.

Flights were only allowed about 30 passengers each - a far cry from the hundreds normally boarding.

Then, in September the flight caps were raised from 4000 to 6000 per week, spread across most states.

Melbourne is not taking any flights at all until after the hotel quarantine inquiry report.