Brisbane man Luke Craig thought he had finally smashed through all the barriers keeping him apart from his Mexican fiancée Mariana Lopez in February this year.

Brisbane man Luke Craig thought he had finally smashed through all the barriers keeping him apart from his fiancée Mariana Lopez in February this year.

Ms Lopez, from Mexico City, had just been granted a prospective marriage visa, meaning all she had to do to become a permanent citizen was hop on a flight to Australia. Then the pandemic struck.

"I had flights booked for her to come in May, but the borders shut in March," Mr Craig said.

Since then the couple – who first met in 2014 - have been frantically applying for a travel exemption for Ms Lopez to come to Australia before her visa grant expires next month.

"We have probably made about 16 applications for exemptions, trying to prove family and compassionate grounds. We are trying everything to get her here," he said.

If Ms Lopez isn't able travel to Australia by November 18, the couple face having to start the process of applying for Ms Lopez to get permanent residency all over again.

Mr Craig is one of many Australians with partners stuck overseas during the pandemic who say the visa measures outlined in last night's federal budget were a bitter disappointment.

He said he had been expecting the budget to make provisions to help those in his fiancée's situation.

As part of its COVID-19 response package, the budget revealed that refunds would be given on application fees for temporary visas, including prospective marriage visas, for those caught up in the COVID-19 travel bans.

However, Mr Craig said getting a refund on his fiancee's visa fee was cold comfort.

"It's not about the $8,000 fee, it's about me not wanting to have to start this process all over again - I can't wait another two years to be with this girl," he said.

"Our whole life is on hold. We were going to get married last month.

"Meanwhile, she is living out of her suitcase, has packed up her life and is waiting for the day that she can leave." 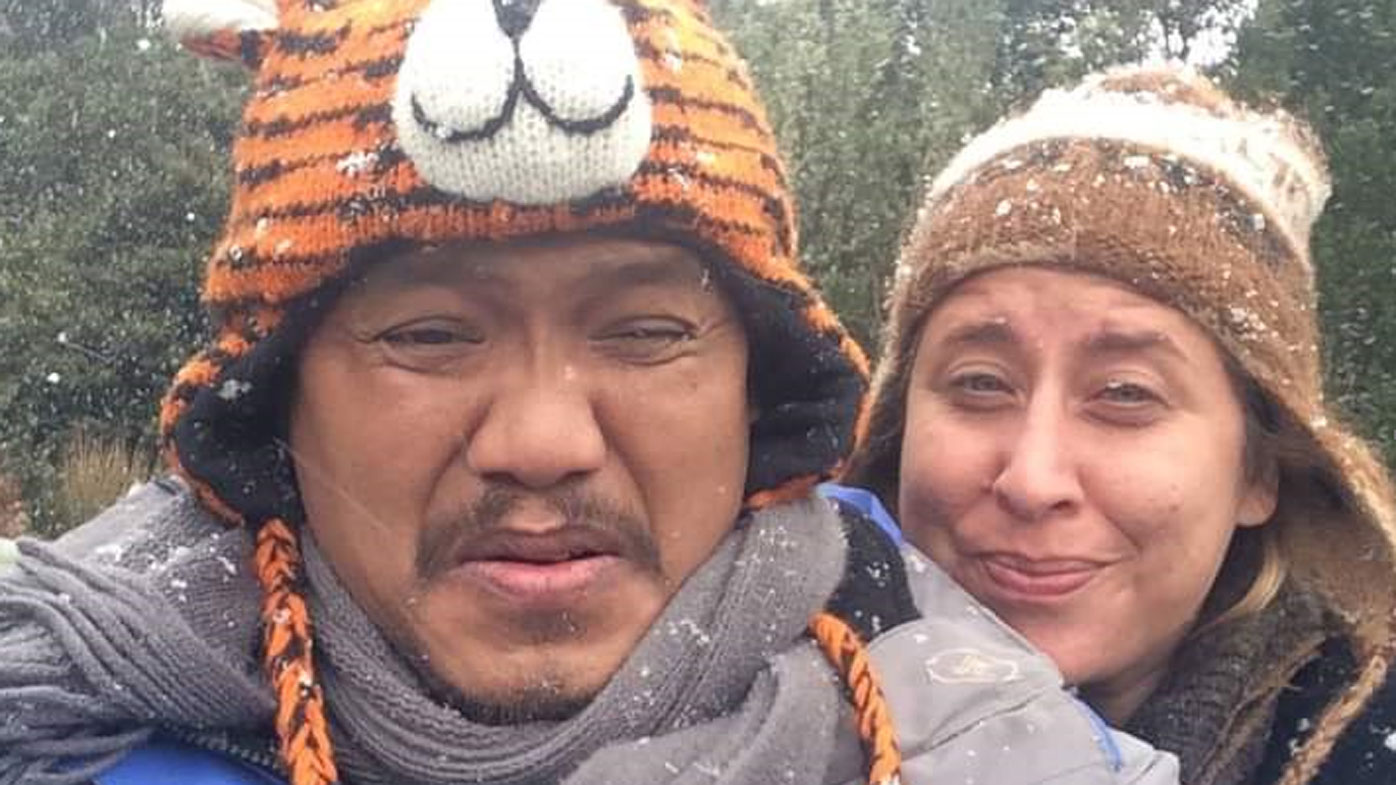 Tasmanian woman Taj Martin-Simpson had been living in Laos with her partner of six years, Cambodian Saray So, when the pandemic took hold.

Mr So was granted his prospective marriage visa in February. Like Ms Lopez, his visa offer is also due to expire if he doesn't make it into the country by next month.

Ms Martin-Simpson said she had managed to get a travel exemption approved for Mr So and his 14-year-old daughter to travel to Australia, but the lack of flights home meant they were unlikely to make it back in time.

"We are trying to get on a charter flight right now. There's not really any other options but to get us all home and through quarantine it would cost about $25,000," she said.

Ms Martin-Simpson said the government should extend the expiry date on offshore visas granted so couples did not have to go through the arduous process of reapplying all over again.

"This just adds another layer of uncertainty and stress," she said.

"I don't think we should have to wait again. It took us a year to get all the paperwork together last time.

READ:  Save Education Jobs: Government Must Back Higher Ed Through New Funding Package

"I think they should either extend the expiry date or reissue the visa, which would give people another nine months."

As well as the government's response to visa applicants affected by COVID-19 travel restrictions, last night's budget revealed the Department of Home Affairs' migration planning levels for the year.

In a bid to make up for a shortfall in overseas migration due to the pandemic, the number of family stream visas allocated will increase from 47,700 to 77, 300 - with 72,300 of those going to partner visas.

"While overall the government has placed greater emphasis on the family stream, most of these are people already in Australia," the Acting Minister for Immigration Alan Tudge said in a joint media release with Minister for Home Affairs, Peter Dutton.