At the close of trade the benchmark ASX200 was down 112.8 points or 1.9 per cent, only marginally rising from this morning’s sheer 3 per cent drop.

Investors will head into the weekend a little worse for wear after the reality of the lingering coronavirus pandemic punctured the recent buoyancy of global share markets.

At the close of trade the benchmark ASX200 was down 112.8 points or 1.9 per cent, only marginally rising from this morning's sheer 3 per cent drop.

Finance Minister Mathias Cormann also warned a second wave of coronavirus could cost the Australian economy $80 billion over the next two years.

READ MORE: ASX 200 plunges into the red as pessimism hits the market 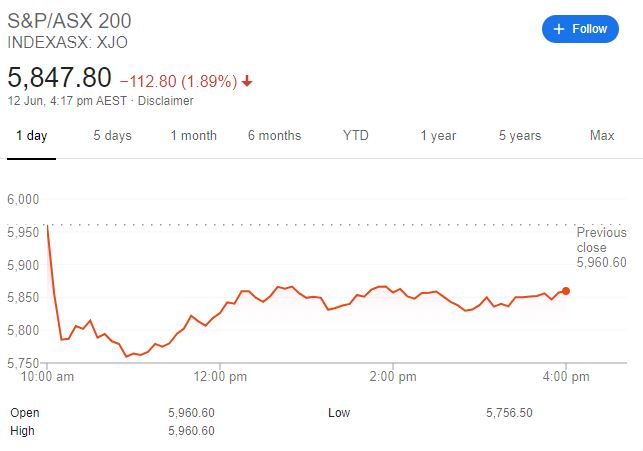 While the Australian share market had pared back an early tumble of about three per cent by late afternoon on Friday, it did follow a drop of just over three per cent the day before.

The negative tone was sparked by renewed weakness on Wall Street, where the Dow Jones Index slumped over six per cent overnight, its worst day since mid-March. 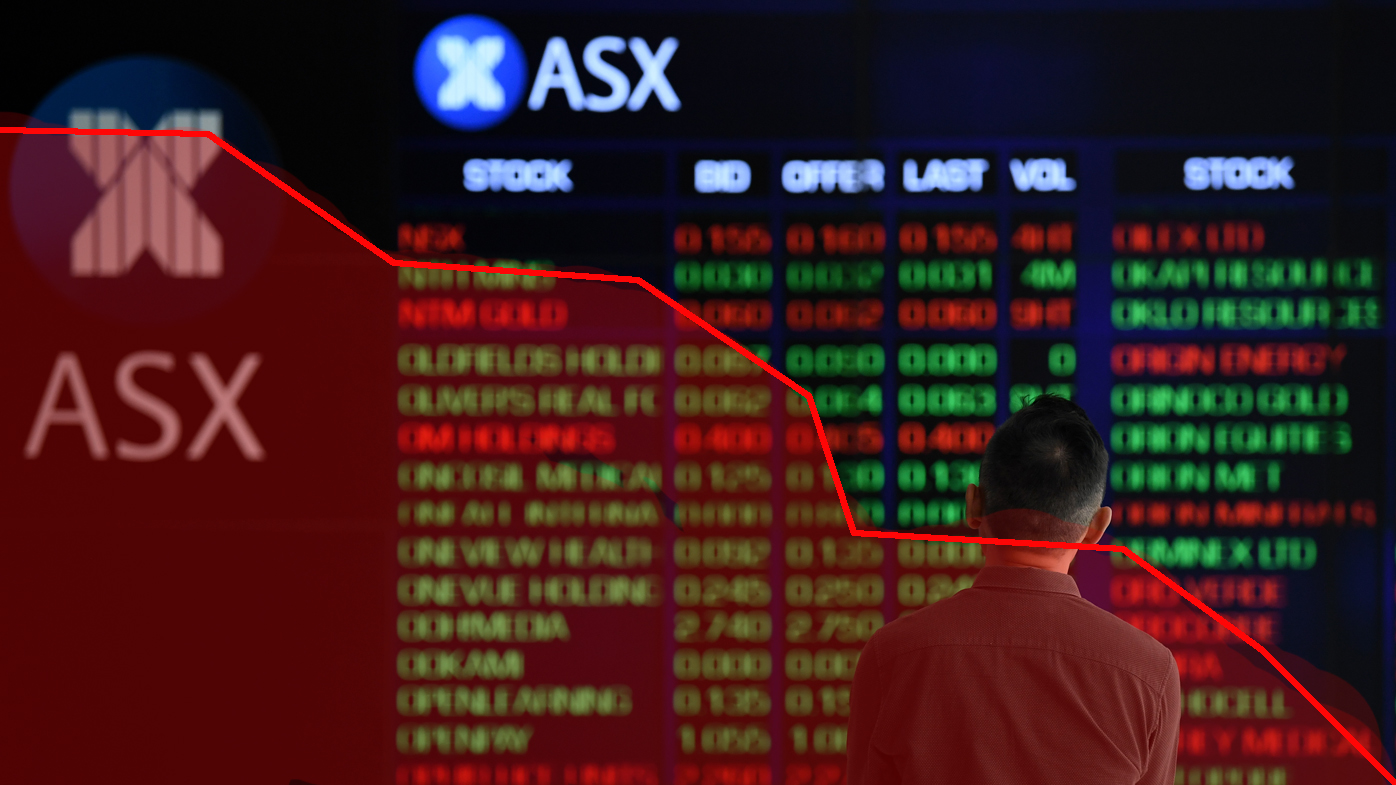 He said the sell-off in Australia came despite recent positive news on virus cases and on the economy.

"But investors also need to acknowledge that the news has been less positive overseas, influencing broader global sharemarket sentiment."

Data released this week showed consumer confidence in Australia had returned to its pre-pandemic levels, while business sentiment was also improving.

But next week will see the crucial labour force figures for May, and the news is unlikely to be positive as the impact of the crisis takes its toll. The jobless rate jumped to 6.2 per cent from 5.2 per cent, also a record monthly move.

ANZ senior economist Catherine Birch expects the labour market will continue to deteriorate in May.

ANZ expects a further 180,000 people fell out of employment in May, lifting the unemployment rate to 6.9 per cent.

"Figures are also likely to show further declines in hours worked and participation and continued escalation in underemployment," she said. 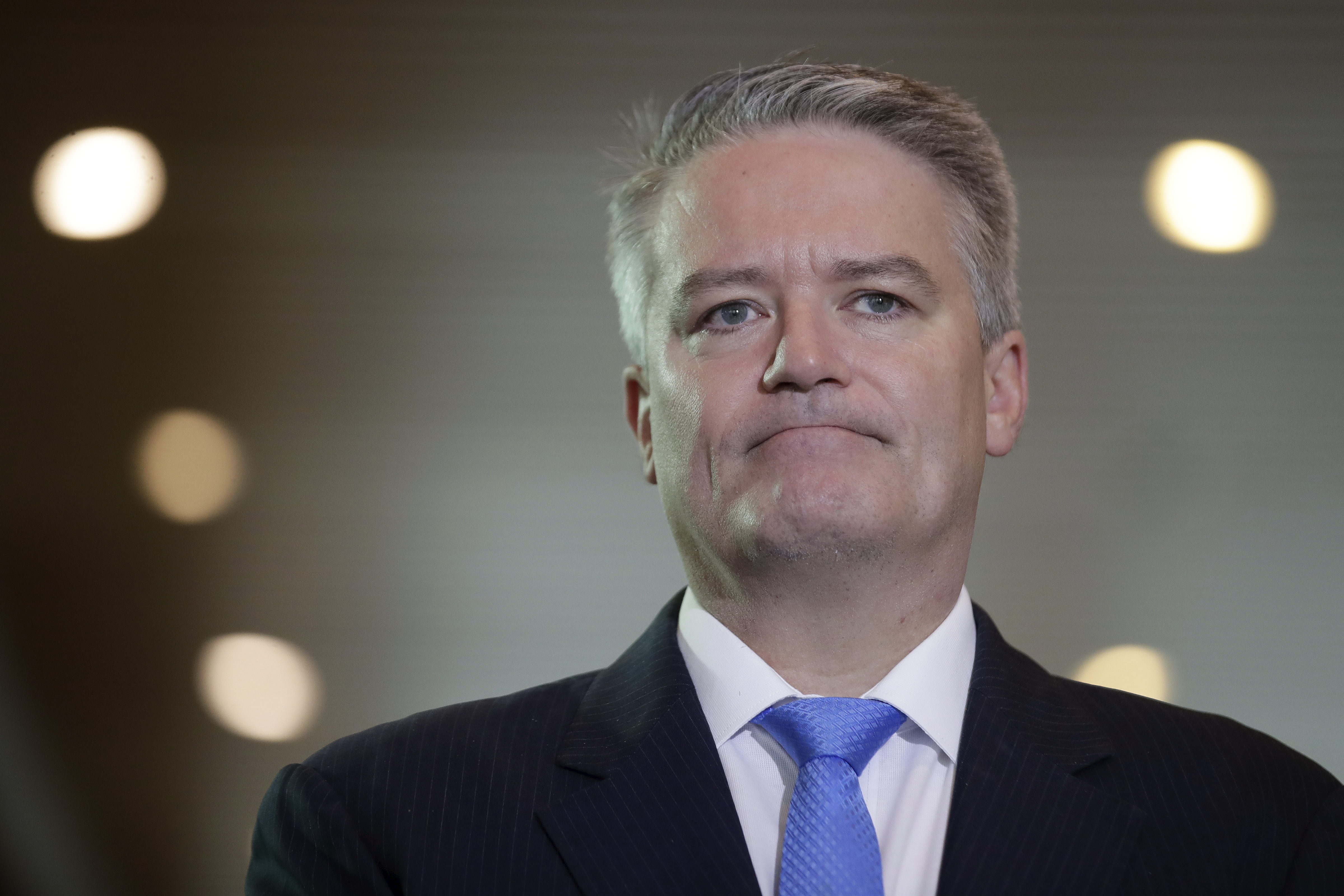 "If we had a second wave of infections it would cost our economy about $80 billion over the next two years," Senator Cormann told Sky News.

Prime Minister Scott Morrison said the medical advice is that it is unsafe to attend these demonstrations.

"It puts not only your own health at risk, but it puts other people's lives at risk," he told reporters in Canberra after attending a national cabinet meeting.

"It puts the progress we have been able to make at risk."