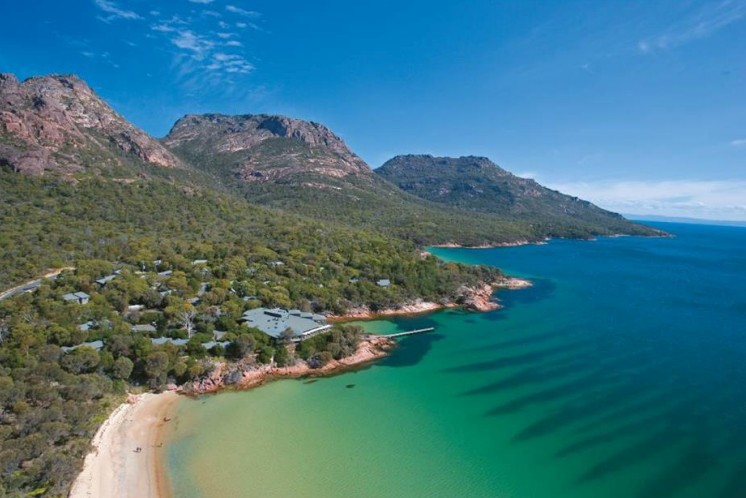 The Auditor-General has submitted his Report to Parliament on the Expressions of Interest (EOI) process for tourism investment opportunities.

The Auditor-General, Mr Rod Whitehead today submitted his Report to Parliament on the Expressions of Interest (EOI) for tourism investment opportunities. The audit examined effectiveness of the EOI process for the development of sensitive and appropriate tourism experiences and associated infrastructure in Tasmania’s National Parks and other reserves by commercial operators.

Mr Whitehead found the EOI process “was implemented and administered effectively and in a manner consistent with the Government’s policy objectives”.

The EOI process was designed to supplement but not replace or change existing application and approval systems, instead providing a gateway into the pre-existing assessment processes managed by Parks and Wildlife Services (PWS), including the Reserve Activity Assessment (RAA).

The audit found the process criteria and guiding principles to be fundamentally sound. Both the EOI and RAA processes were adequately administered and followed the prescribed steps but improvements were needed in the PWS document management system while advice from the Solicitor-General should be sought during the EOI process to provide greater legal insight into proposals.

The EOI assessment panel that reviews proposals had a reasonable set of skills but lacked independence as, following the departure of an independent member, it consisted of government agency officers. Broader representation from community stakeholders may be beneficial. However, there was no evidence to suggest assessment outcomes would have been different with an alternative panel composition.

Consultation with communities and stakeholders, undertaken as part of the processes, was conducted primarily by proponents. Mr Whitehead stated “obtaining a wider set of views might be beneficial in gaining a more complete view in assessing the proposals”. Mr Whitehead went onto say “no evidence was found to suggest recommendations made to the Minister regarding proposals were adversely affected by the constitution of the assessment panel or quality of consultation”.

The EOI process receiving over 60 proposals was a positive indicator it was attracting new investment. However, only 11 had progressed to full commercial operation. Mr Whitehead stated “the EOI process has been successful in contributing to the objectives of economic growth that were the purpose of its instigation by the Government, albeit to a relatively minor extent at this point.”

Mr Whitehead made 10 recommendations to improve the effectiveness of the EOI and RAA processes.

The complete Report can be downloaded from www.audit.tas.gov.au.

We make the following ten recommendations which we believe will improve the effectiveness of the EOI and RAA processes to achieve development of sensitive and appropriate tourism experiences and associated infrastructure in Tasmania’s national parks, reserves and Crown Land:

1. Explore and implement options, for improving the format and structure of stakeholder consultation so that it is more robust and objective. This should include PWS input into stakeholders selected for consultation and appropriately defining and communicating how the EOI process and the CVS system interface, including removing any references to “EOI Round 2”.

2. Increase the rigour of the public consultation as part of the RAA process to improve the level of transparency or objectivity.

3. Make stronger guidance available to potential proponents which more clearly outlines the process beyond the EOI stage once ministerial approval has been given. This information should include general information such as likely costs, timeframe and potential hurdles needing to be negotiated before the project can commence.

4. Modify the Assessment Panel Evaluation Report to include documentation of the Panel’s considerations to clearly indicate how the assessment panel view the proposal’s alignment with each of the seven guiding principles.

5. Review the composition of the EOI Assessment Panel, specifically to obtain broader representation of community stakeholders, including those representing conservation and Tasmanian Aboriginal interests.

6. Seek advice from the Solicitor-General, as part of the EOI assessment process, to enhance legal understanding, help mitigate potential risks and provide valuable insight for subsequent recommendations made to the Minister.

7. Exclude the contractor appointed to provide the Probity Advisor role from providing any external advice to the EOI process to remove any perceived or actual conflicts of interest.

10. OCG take the opportunity to learn from successful projects by reviewing those currently operating to assess the extent to which proponents have achieved their objectives and how the operating project aligns with the original guiding principles of the EOI.

The Auditor-General’s Report into the Expressions of Interest process for Tourism Investment Opportunities is a damning assessment of the EOI and Parks’ Reserve Activity Assessment (RAA) process.

The Report confirms the EOI process is developer-driven. It also found the EOI panel is lacking in independence and skills, and the assessment process is designed in a way that allows for projects to be recommended for approval, despite failing two out of three assessment criteria.

The Auditor General found that potential conflicts of interest are not being managed, exposing flaws in the EOI assessment panel’s probity processes.

Disturbingly, while the Solicitor General advised that all individual proposals should be brought before him for review, this has not happened. It begs the question. Why?

The Auditor General’s report also pointed out, Tasmania is the only State to allow developments that are not compliant with Management Plans for protected areas.

Of 22 Reserve Activity Assessments the Auditor General examined, only two had full documentation.

A number of EOI proposals with incomplete documents and financial details were given high scores by the assessment panel.

This would not be acceptable in a proper planning process.

In the case of other assessments that go through a normal planning process, this would not be acceptable and would result in an application stalling until the documentation was made available. Not, however, when there is a flawed RAA being presented to a planning authority as part of the secretive EOI process.

It’s even more concerning that an RAA process is not appealable, no matter how many flaws and deficiencies it contains.

The whole EOI process stinks – a truth Tasmanians from all over increasingly understand.

Bushwalkers, fly fishers, recreational users and lovers of our wilderness increasingly do not support the EOI process. Now the Auditor General has revealed the deep, unfixable flaws at its secretive heart.