A man has been charged with attempted murder and domestic violence offences.

A man has been charged with attempted murder and domestic violence offences after allegedly setting a Brisbane house on fire with two women inside.

The women escaped unharmed after flames engulfed the Queenslander home in Wooloowin, about six kilometres north of the CBD, about 6.15am on Sunday.

Investigators believe the blaze was started with accelerant in the garage, where the car exploded. 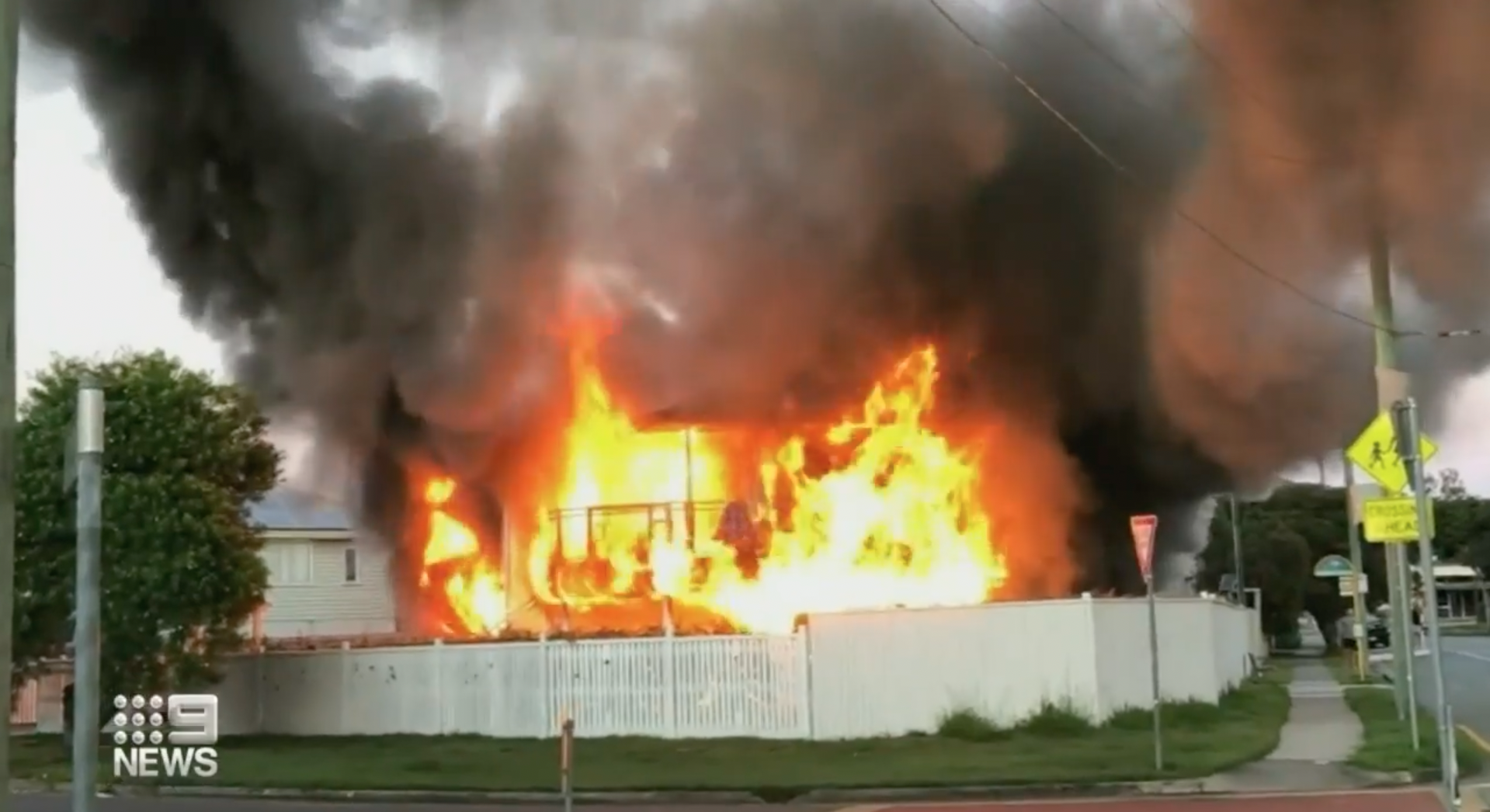 Neighbours told 9News they heard a woman screaming loudly just before midnight, when police were first called to the scene.

"It was given a code two response due to the urgency of the situation," Inspector Sean Cryer said.

"We had the first response crew on-scene within five minutes. Within two minutes of arriving we had a male person in custody."

Police alleged the man was released from the city watchhouse on strict bail conditions but breached them by returning to the home soon after.

Police said the 34-year-old man voluntarily attended the Hendra police station about 11.30am and was charged with two counts of attempted murder and two counts of arson.

He was denied bail to appear in the Brisbane Magistrates Court on Monday.