Coming from a small, very conservative, railroad town in Southern Illinois, I might seem like an unlikely candidate to become a Playboy centerfold — but I’ve never been one to follow the status quo. So, when the opportunity presented i… 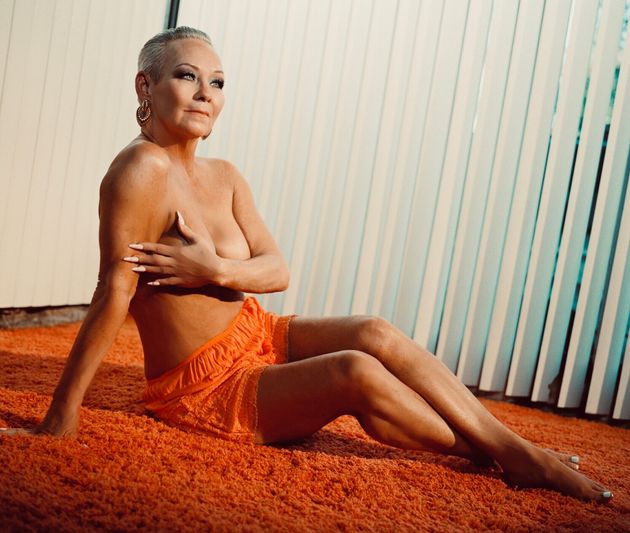 Coming from a small, very conservative, railroad town in Southern Illinois, I might seem like an unlikely candidate to become a Playboy centerfold — but I’ve never been one to follow the status quo. So, when the opportunity presented itself way back in 1973, I took the leap and I joined the Playboy family first as a Bunny in the St. Louis Club before moving to Chicago and becoming a Playmate in December 1979. And I never looked back.

My childhood sort of compelled me to leave my hometown, as my stepfather was a town drunk, and a mean one at that. I remember spending hours studying in my bedroom closet, hiding as he rampaged throughout the house. It didn’t deter me as I still graduated valedictorian of my class. And in spite of my difficult life at home, or perhaps because of it, I was determined to leave. Playboy gave me the perfect out.

Lucky for me, I had a very supportive mother and father. Once, during a press conference, my father even said, “If they would’ve paid me what they paid her, I would’ve done posed myself.” 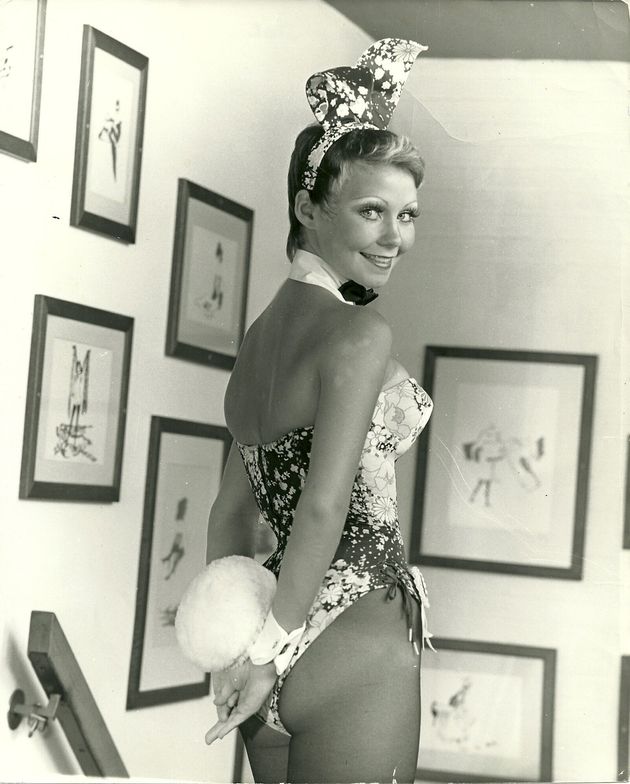 If there was any blowback in my little town, I never heard it. I moved to Chicago, Playboy’s headquarters, in 1974, and lived in the Playboy Mansion. I went on to become Bunny of the Year, December 1979 centerfold and, to date, a nine-time cover girl.

Recently, at age 65, I was included in the magazine’s Winter 2020 12-page cover feature, “The Equality Issue: Once a Playmate, Always a Playmate.” This is the second time I’ve been revisited by the magazine, the last being three years ago for a remake of my February 1979 cover.

My first photo shoot for the magazine came when I was a Bunny in St. Louis. The shoot was done by the late David Chan for a “Best Bunnies” pictorial. Oddly enough, I had no qualms about posing nude. I felt comfortable in my own skin and I guess I always have. I also trusted Playboy not to portray me in a bad light.

When I shot my centerfold in 1979, it was the ultimate measure of success for a Bunny and I welcomed it with open arms. It has been the best decision of my life. 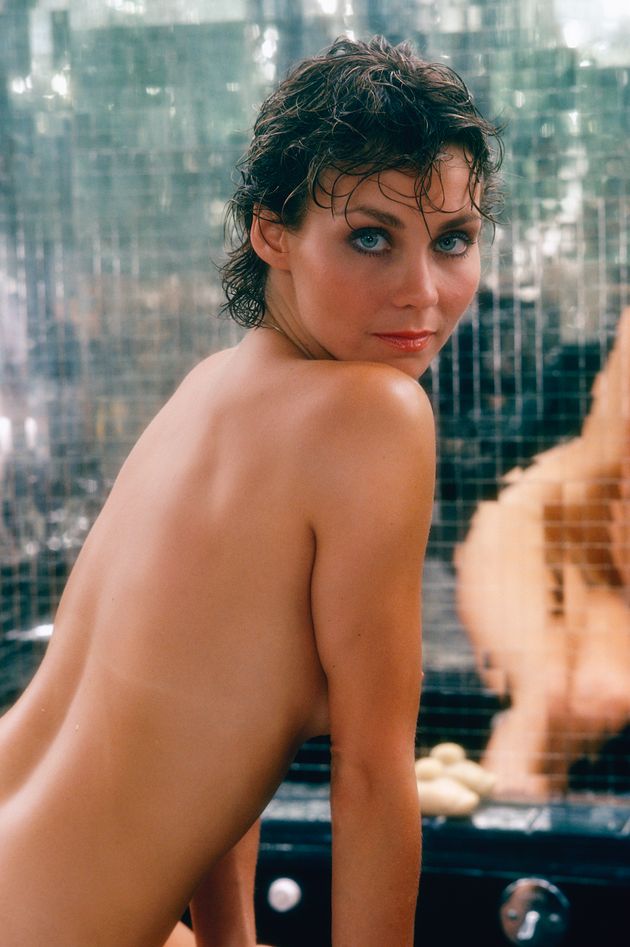 This most recent shoot occurred in October 2019, a full 40 years after I shot my original centerfold. The request to participate arrived via email on Oct. 9, just after my husband Chuck and I had returned from a trip to Dollywood where I had been happily eating my way through every fried food stand there. The timing was not perfect, waistwise, but this was an honor I couldn’t refuse. I immediately began to prepare for the shoot and, by the time I flew to LA, I was ready and excited.

The pictorial was shot by Nadia Lee Cohen, a cool, edgy female photographer who also serves as her own muse on her Instagram account. She’s a contributing photographer for Vogue too. Her surreal vision for the shoot came as a surprise to me and several others. It involved a step back in time to the swingin’ 60s, when wigs were big and everything old was new again. The shoot paid homage to five decades of Playmates and celebrated diversity. It was also a departure from the “glamour shoots” of old. 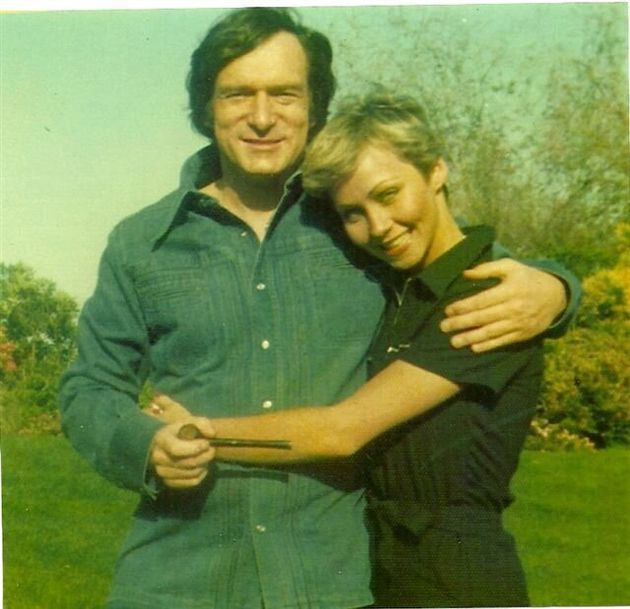 Long fake nails were glued onto everyone’s hands and longgggg eyelashes were applied. Heavy eye makeup was the order of the day as were the aforementioned wigs. Downstairs, racks and racks of vintage clothing, underwear, heels, jewelry and more were strewn across every spare surface. We were also instructed to get spray tans before we arrived on set. During the shoot, Nadia mentioned that she was aiming for something like a “Valley of the Dolls” vibe. I wasn’t overly pleased to hear this but, in the end, her vision rocked and made history for Playboy. I did, however, manage to ditch the wig, which was not me at all, no matter the theme or vision. Nadia was kind enough to oblige me.

The venue for the shoot was a house in Burbank that was once owned by Esther Williams, the iconic swim star of the ’40s and ’50s. Its vintage vibe had never been touched as witnessed by the throwback wooden fixtures and overall mustiness. An orange shag carpet had been brought in to add more authenticity to the era. There was a pool in back, of course, and a guest house that served as the staging area for wardrobe, hair and makeup. It was a big shoot, with lots and lots of crew members and even a dog wrangler for two cute pups who seemed to want to be anywhere else but where they were.

Doing this shoot was a thrill in every way, although in the beginning, I was a little nervous considering the time span between my first shoots and the fact that I would now be shooting with other Playmates who were decades younger. Eventually, though, I realized I would be representing an age group that rarely gets this sort of recognition so I embraced the opportunity wholeheartedly. 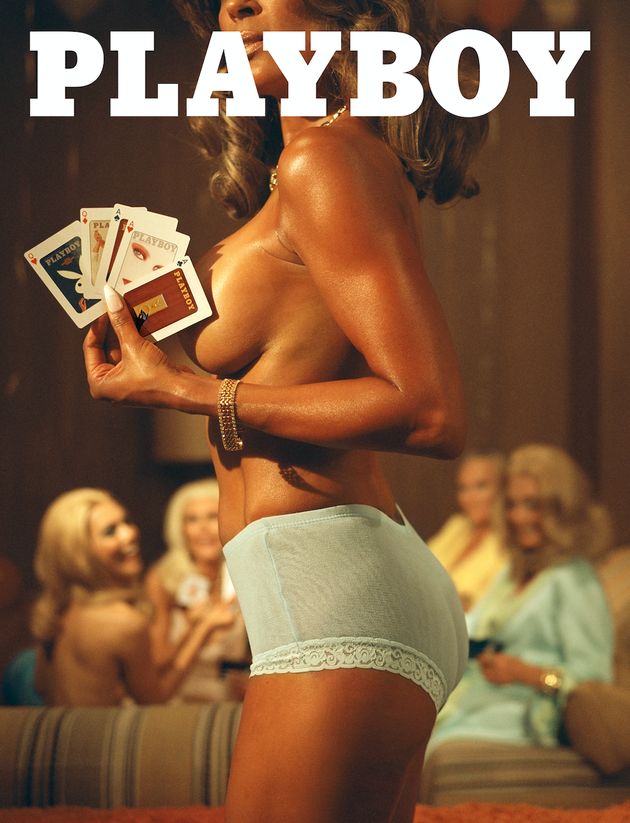 The outpouring of support I’ve received since the issue was released in December has set me back on my (high) heels! I love the way the magazine is embracing diversity in every way and I’m even happier to be a part of this new age for both women and Playboy.

Still, my involvement with the magazine hasn’t always been a bed of roses. I’ve had many, many arguments with so-called feminists over the years who suggest that the women who pose for Playboy are being objectified. I think Jamilah Lemieux put it best in the article she wrote to accompany my latest cover shoot when she wrote, “The present-day pin-up is less concerned with how she appears before the male gaze than how she feels about herself.” I have never once felt objectified, but rather liberated and empowered. No one put a gun to my head and made me pose. It was my decision and I, honestly, I thought this was one of the tenets of the feminist movement too ― to be free to make your own choices.

Posing for the magazine was empowering because it gave me the confidence to be the woman I want to be. I’m proud of who I am and what I look like and, given the opportunity, I would pose again in a heartbeat. I might not weigh 118 pounds like I did in my first pictorial, but I’m honored to be able to represent women of a certain age and prove that you don’t lose your sexuality after age 20. 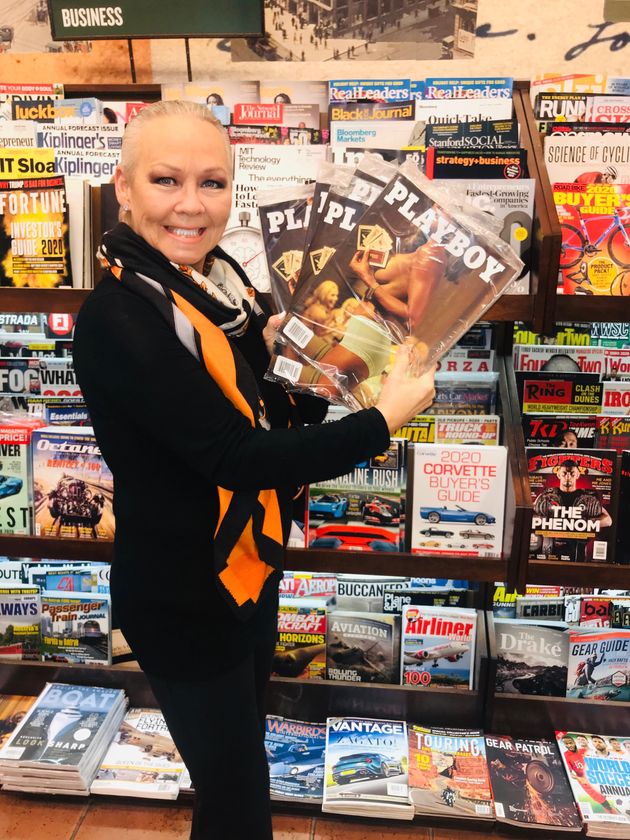 Ultimately, I first posed for Playboy because A) I could, B) it felt like the right thing to do and C) it was fun! It opened up a whole new world for me and brought me to Chicago where I eventually met my husband, who’s very proud of my involvement. Of course, it has meant an entree for him into a world many people can only dream about. Parties at the Mansion when Hef was alive were thrilling beyond belief.

Playboy also gave me lifelong friends whom I cherish along with priceless memories. It’s given me so many great opportunities and I have zero regrets about any of them.

My advice for anyone who might have to ― or want to! ― make controversial decisions is this: do what feels right for you and put blinders on to the naysayers. They’re not living your life and, in many cases, they might just be jealous of your opportunities. You may have to toughen up a bit and develop a thick(er) skin, but I personally never let negativity get in the way of my ambition.

Playboy has taught me to stand up for myself in the face of adversity, be it from disgruntled so-called feminists or simply from those who disagree with my choices. In the end, I’ve learned not to judge. Everyone has different doors to open and close. I’m proud of my Playboy association and am glad to see it continuing.

Here’s hoping they revisit me when I’m 80. I’ll be ready.

Candace Collins Jordan is an award-winning media personality, Playboy centerfold and 9-time cover-girl, cyber-scribe and social columnist for the Chicago Tribune. She has appeared on three of the city’s top 100 lists: 100 Powerful Chicagoans, 100 Women Making a Difference and 100 Women of Influence and was recently named one of the 25 Most Intriguing Chicagoans. She has been a personal brand since moving to the city in 1974 as a Playboy Bunny and is a champion and an advocate for both Playboy and her chosen city, shining a light on the charities, people and events that make it great through her many media outlets, including her popular Candid Candace blog. For more from Candace, visit her blog and follow her on Twitter,Facebook and Instagram.