When I walked down the aisle on May 2, 1987, to share, “I do’s” with the man I had met seven months earlier, I anticipated that we would be spending a long lifetime together. We had met when I was 28 and he was 36, introduced by … 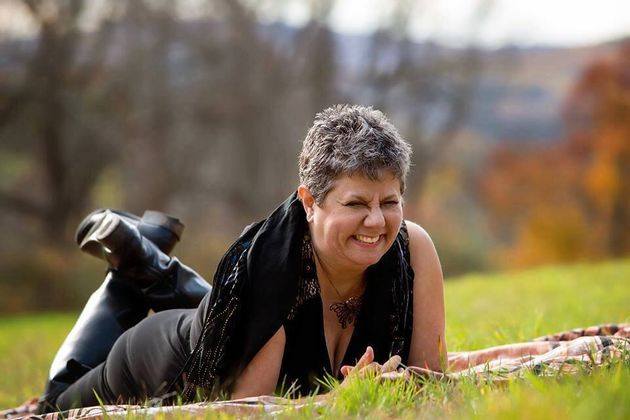 When I walked down the aisle on May 2, 1987, to share, “I do’s” with the man I had met seven months earlier, I anticipated that we would be spending a long lifetime together.

We had met when I was 28 and he was 36, introduced by a mutual friend during the intermission of a lecture by spiritual leader Ram Dass. Our marriage would be what I call “paradoxical,” with its share of love and its own major dysfunctions that I shudder to think I allowed for the time we were together.

He grew up in a family with an alcoholic-rageaholic father, and a mother with depression and anxiety. His parents divorced and not amicably. He was expected to take sides.

The dynamic in my marriage fell into the category of chosen allegiances. If I wasn’t “siding” with my husband against anyone who disagreed with him, I was not being loyal. I felt as if I was always being tested and found wanting. I thought I could heal the emotional wounds that he carried, but I realized that it needed to be an inside job. His pain spilled over into our home.

In my marriage, love and abuse lay side by side. It was primarily emotional, with two incidents that were physical. Both times he expressed remorse, but I wondered when it might happen again. I was embarrassed to be in such a situation, since as a therapist I would have advised clients to leave.

In 1992, he was diagnosed with Hepatitis C and I became his caregiver, citing the “in sickness and health” part of our marriage vows. My hope was that as a result of his needing my assistance with his ADLs (activities of daily living), he would magically become kinder and more patient. That same year we adopted our son, then 5, who came into our lives with his own history and baggage.

What I discovered, to my disappointment, was that even with my mad skills as a professional therapist, I was at a loss to facilitate a healthy relationship between them, and between Michael and myself. A month after we adopted Adam, I had an ectopic pregnancy. A few months after that, we lost our home to the raging winds and rising waters of Hurricane Andrew in Homestead, Florida. It could have heralded the end of the marriage, but we pulled together.

Michael took his last breath on Dec. 21,1998, and since then I have had short-term relationships, lovers and friends with benefits. I have not been in a committed relationship since my husband died nearly 21 years ago. I call myself “incidentally poly,” since it is not my consciously chosen lifestyle, but I have had several simultaneous connections.

I have done the internet dating thing off and on for years, being both delighted and disappointed. I had a catfishing experience a year or so ago, and I met one man who became a pivotal person in my life, but we knew we weren’t soulmate material. We talk a few times a year now.

My son has told me that I will never find a man with the qualities I am looking for and that I need to be with a woman. I tell him that I haven’t even met a woman I could see myself with, although I would welcome her if she does arrive.

I have another long-divorced friend who says it would take someone exceptional to take her out of her single life. While I love being single with the freedom to create my own life, I simultaneously miss the companionship of a partner. I have amazing friends who meet some of my needs. I wish I could create a composite person comprised of all the wonderful qualities of those I know.

I have done all the things relationship coaches advise, such as feng shui-ing my home, designing a vision board, making “the list” of qualities I desire in a partner, cleaning out a dresser drawer, acting as I would if I were in a relationship, journaling about it, being the kind of person I want to attract, loving myself as I want to be loved.

I have held wedding ceremonies in which I have “married” myself. I take myself on dates. I have no fear of going anywhere alone. Movies, dinner, concerts, walks in the park ― all things I would love to do while holding hands with a significant other. I have written cards and poems to give to this person.

I have wistfully gazed at couples who are all mushy-gushy with each other and desire that. I have also heard stories about the vitriol and violence in relationships and sigh with relief that I am a party of one. It is so much less complicated when I am the only one who needs to make decisions that affect my life, the only one to get out the door on time, the only one whose cleanliness standards I meet, without expectations of someone else meeting mine.

When I officiate at a wedding as an interfaith minister or attend one as a guest, without a “plus one” at my side or on the dance floor, a sense of wistfulness overcomes me at times. I toggle back and forth on the daily.

I have worked with a few coaches who have assisted me in peeling off the layers and getting to know myself better, but have not yet attracted the love of my life. I used to believe that in order to be in love, people had to carry little baggage (or at least have it fit in the overhead compartment), have financial independence, be healthy and low maintenance with minimal drama, have it all sewn up in a nice, neat little package. Yet there are folks like me who have done the work to be relationship-ready, and who are still a solo act. And there are those who meet few or none of the criteria listed above who have devoted partners.

I know I am the real deal, the whole package, good relationship material, despite my wounds and fears of attracting the same dynamics as the undesirable ones in my marriage. Friends attempt to assure me that I won’t, since I have grown dramatically in the two decades since Michael died.

A part of me died that day, too. The part that was, as he so eloquently put it, “an emotional contortionist who would bend over backward to please people, a deer caught in the headlights when it came to making a decision and was always looking over my shoulder to see if the propriety police were watching.” She is long gone, replaced by the resilient thriver who gazes back at me from the mirror and lives a rich, fully, juicy life.

I ask myself, as do many of my single friends in their 50s and beyond, what if I am never in a full-out committed relationship?

I have just turned 61 and imagine I have another 20 some years left. What if I remain single for those decades? I am accepting that possibility as I might embrace an unpartnered life.

What would that look like, I ponder? Will I be one of those eccentric older women who lives an unconventional existence? I already do, according to my son. His “weird hippie mom” whose effusiveness, color and pizazz, highlighted by purple hair, sometimes embarrasses him as much as it did when he was a teen. Will I be satisfied to have needs met in a patchwork style, with affection, attention, sex, and companionship arriving sporadically? Can I refrain from judging myself for being alone, since it seems no one else in my life casts disapproval on my single status?

I sometimes ask my intended, “Is this the day you will show up?” Am I hiding in plain sight despite feeling transparently, nakedly visible? People keep telling me that when I surrender attachment to outcome, this person will indeed knock on the door to my heart.

In the meantime, keeping my heart open to myself is essential. I am always and forever, the love of my life.