Four astronauts are preparing to return home from the International Space Station aboard a SpaceX Crew Dragon capsule, ending their five-month mission to the orbiting laboratory.

Four astronauts are preparing to return home from the International Space Station aboard a SpaceX Crew Dragon capsule, ending their five-month mission to the orbiting laboratory.

The astronauts have set a record for the longest time in space by a crew that launched aboard an American-built spacecraft.

On Saturday evening, the crew is slated to climb aboard their spacecraft, which has remained fixed to the space station's docking ports since the astronauts arrived in November.

They'll undock from the ISS around 8.30pm ET (10:30am AEST) and then spend the night aboard their capsule as it free-flies through orbit.

The spacecraft will fire up its on-board engines to safely cut back into the Earth's thick atmosphere, and it'll use a series of parachutes to slow its decent before splashing down off the coast Florida on Sunday at around 2.57am ET (4:57pm). 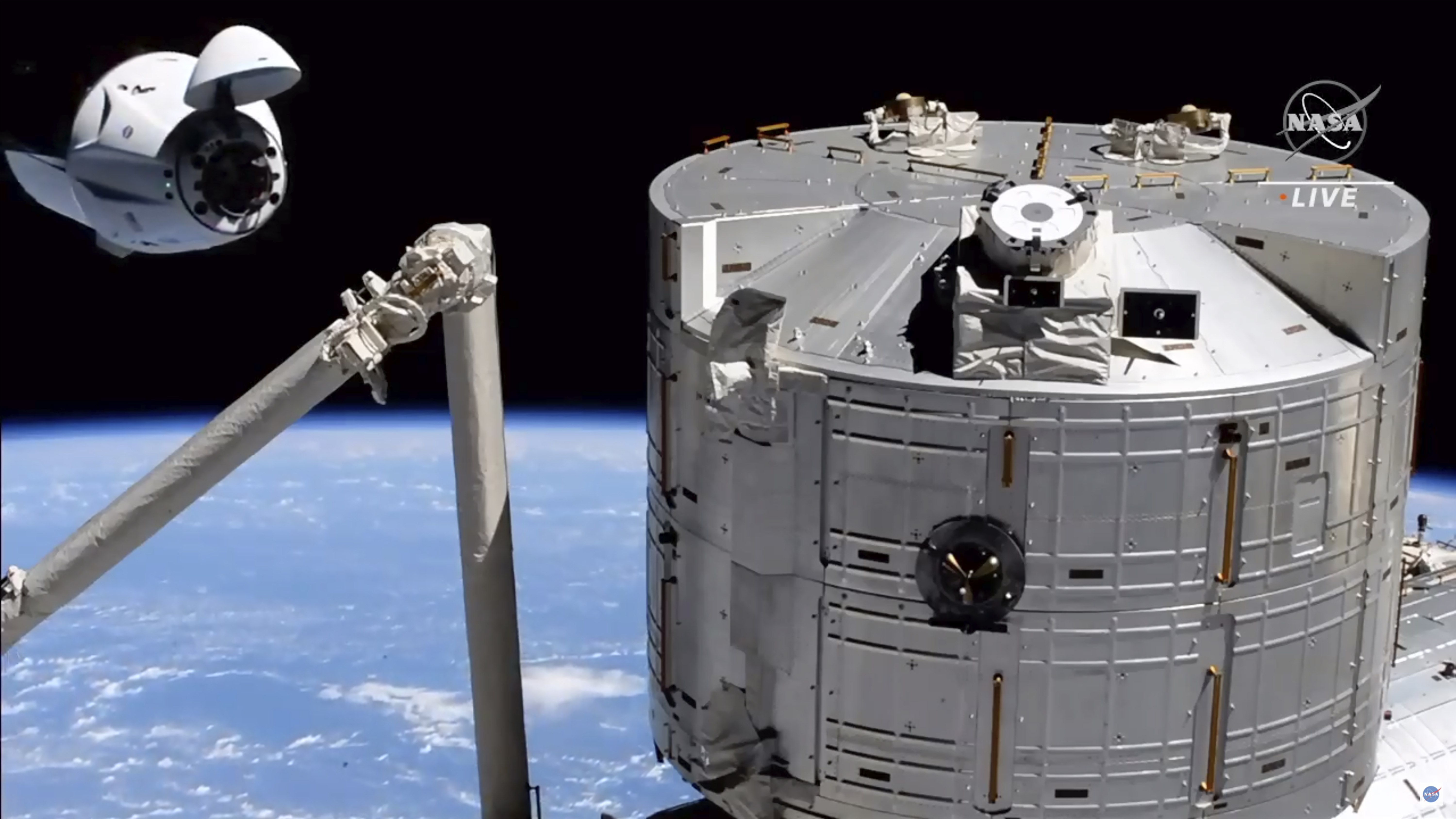 As the vehicle glides toward the ocean with a plume of four large parachutes billowing overhead, a brigade of rescue ships will be positioned in the Gulf of Mexico to greet the crew on arrival.

The astronauts will then be shuttled by helicopter or boat back to NASA's Johnson Space Centre in Houston, which is home base for all US astronauts.

The recovery crews will try to execute their return as quickly as possible. Ocean splashdowns can be rough on astronauts, as the bobbing waves can cause severe seasickness.

When asked what meal he was looking forward to upon his return home, NASA astronaut Michael Hopkins acknowledged that he likely won't be feeling up to a gourmet meal.

"If I have an appetite, that's going to be a bonus," Mr Hopkins said during a remote press conference on Monday.

Authorities are keeping close eyes on nearby water for any intruders.

During the Crew Dragon Demo-2 splashdown in August, a swarm of unidentified, flag-waving boats encroached on the recovery area. But Coast Guard crews are currently stationed around the perimeter, hoping to prevent a repeat of that scenario.

The capsule has a working restroom, and the astronauts — NASA's Michael Hopkins, Victor Glover, Shannon Walker, and Soichi Noguchi, an astronaut with Japan's space agency — will have time to get some sleep as the fully autonomous vehicle orbits while SpaceX and NASA officials in Houston, Texas, and Hawthorne, California, watch over the journey.

Mr Walker has been serving as the space station commander, and on Tuesday, she officially handed over control to Japanese astronaut Akihiko Hoshide, who arrived at the ISS last week aboard a different SpaceX spacecraft.

The crew's return on Sunday will conclude a landmark mission for NASA and SpaceX: It is the first fully operational crewed mission for the Crew Dragon spacecraft, following up a test mission in May that carried NASA astronauts Douglas Hurley and Robert Behnken, both test pilots, to the space station.

This is only the second time SpaceX and NASA have ever brought astronauts home aboard a Crew Dragon spacecraft, following the return of Mr Behnken and Mr Hurley from SpaceX's Demo-2 mission in August. And Mr Behnken had described reentry as the most gut-churning portion of the return trip.

The spacecraft becomes extremely hot due to rapid air compression and the friction of air molecules rubbing against its exterior, though a thick heat shield will protect the astronauts inside as the vehicle roars toward its target: "It doesn't sound like a machine. It sounds like an animal," Mr Behnken told reporters last year. 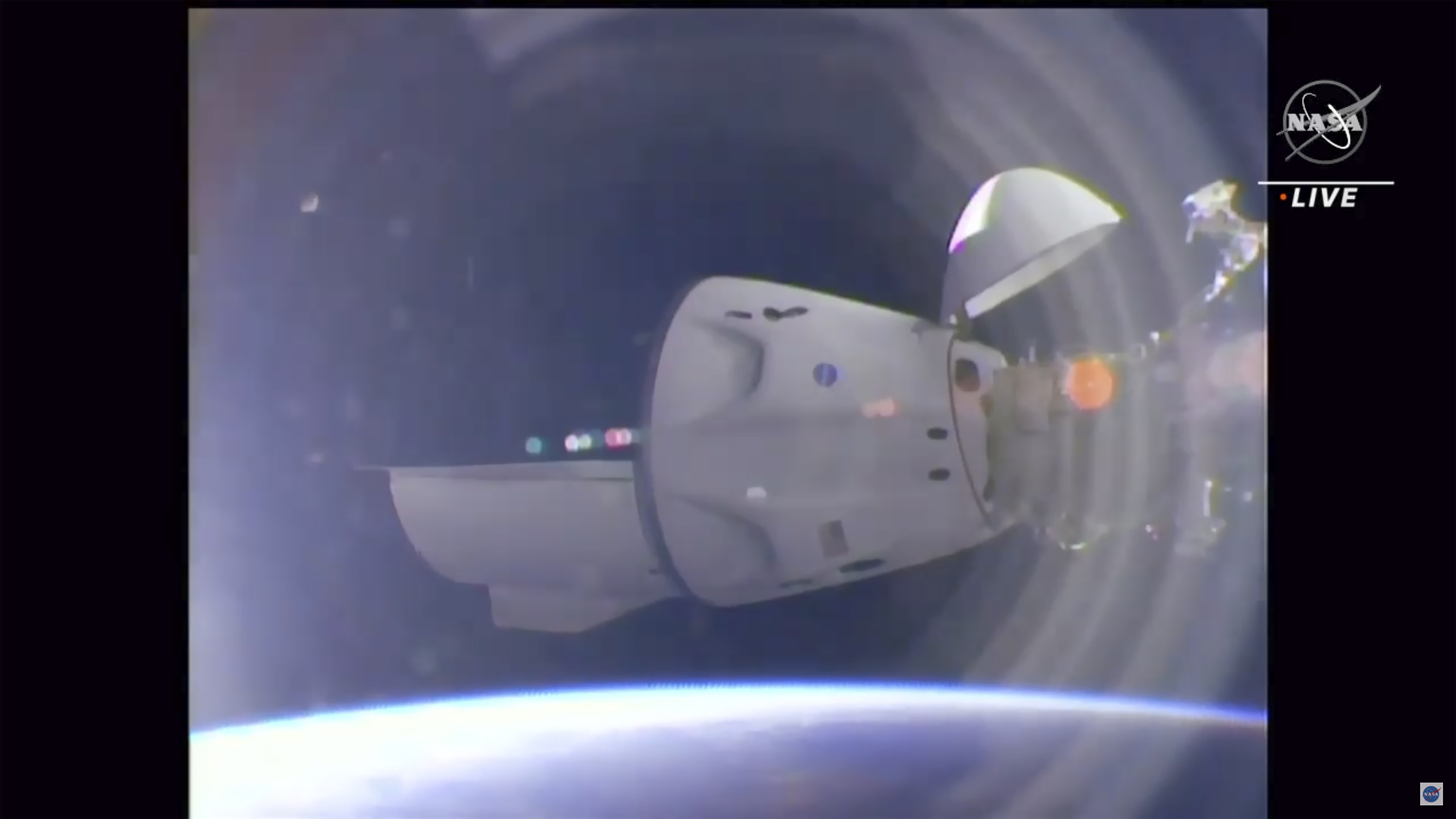 But this mission, dubbed Crew-1, is not a test. SpaceX's Crew Dragon was officially certified as a spacecraft worthy of carrying people ahead of the Crew-1 launch in November, paving the way for it to begin making the trip relatively routine, carrying astronauts from a variety of backgrounds.

Both Mr Walker and Mr Noguchi, for example, have backgrounds in physics. And the team conducted experiments during their five-month stay on the ISS, including research into how microgravity affects human heart tissue.

They also conducted space walks to make upgrades and repairs to the space station's exterior, and they grew radishes to build on studies designed to figure out how food might be grown to sustain deep-space exploration missions.

The astronauts even got to eat some of the crops they grew, Hopkins said during a recent press conference.

"I think all of us would would agree that it is amazing to have fresh [food] up here," Hopkins said.

It was Glover's first-ever mission to space, and his assignment was historic because he became the first black person to become a full-time ISS staff member.

"One thing that did really profoundly impact me was the very first time I got out of the seat after (our spacecraft) was safely in orbit, and I looked out the window and saw the Earth from 250 miles (400km) up," Mr Glover said.

"I will never forget that moment...It wasn't about the view. It was how the view made me feel...the earth is amazing. It's beautiful. It protects us, and so we should work hard to protect it."

The United States spent nearly a decade without the ability to launch astronauts into space after the retirement of the Space Shuttle program in 2011, and NASA was forced to rely on Russian Soyuz spacecraft to get astronauts to the ISS, which the space agency says left the multibillion-dollar orbiting laboratory understaffed.

As many as 13 astronauts were on board at one time in 2009. That number has occasionally dropped to as low as three on several occasions, which leaves fewer people to help run experiments and help keep the space station well maintained. With the latest SpaceX missions, however, the staff grew as high as 11.

SpaceX developed the Crew Dragon capsule under NASA's Commercial Crew Program, which, for the first time in the space agency's history, handed over much of the design, development and testing of new human-rated spacecraft to the private sector.

NASA awarded SpaceX and Boeing fixed-price contracts worth US$2.6 billion and US$4.2 billion (AUD $3.37 billion and $5.44 billion) respectively, to get the job done.

Development of Boeing's Starliner spacecraft is still delayed because of major software issues detected during a test mission last year, but officials say that vehicle could be ready this year.