Lebanon’s coronavirus toll is slowly climbing but cases are yet to be reported among its most vulnerable population: those living in refugee communities.

Lebanon responded quickly to the coronavirus pandemic: with a health system already crippled by months of serious economic crisis, it couldn't afford to delay. On March 2, with just four cases confirmed, the government closed all schools and hinted at broader shutdowns. A medical state of emergency was declared on March 15, and last week the country closed its borders.

The caseload began to climb faster this week: 391 confirmed, and eight deaths at time of writing. But the real fear is of a wildfire spread when it hits those living in more precarious circumstances.

Up to one in four people living in Lebanon are refugees; people from Syria, Palestine, Iraq, Sudan and many other places. Felix Eldridge, external relations manager at UNHCR and an Australian living in Beirut, says protecting everyone equally from COVID-19 is a matter of urgency.

"It is critical there is one national response," he told 9News. "The virus doesn't care about nationality; all of us are truly only as safe as the most vulnerable person." 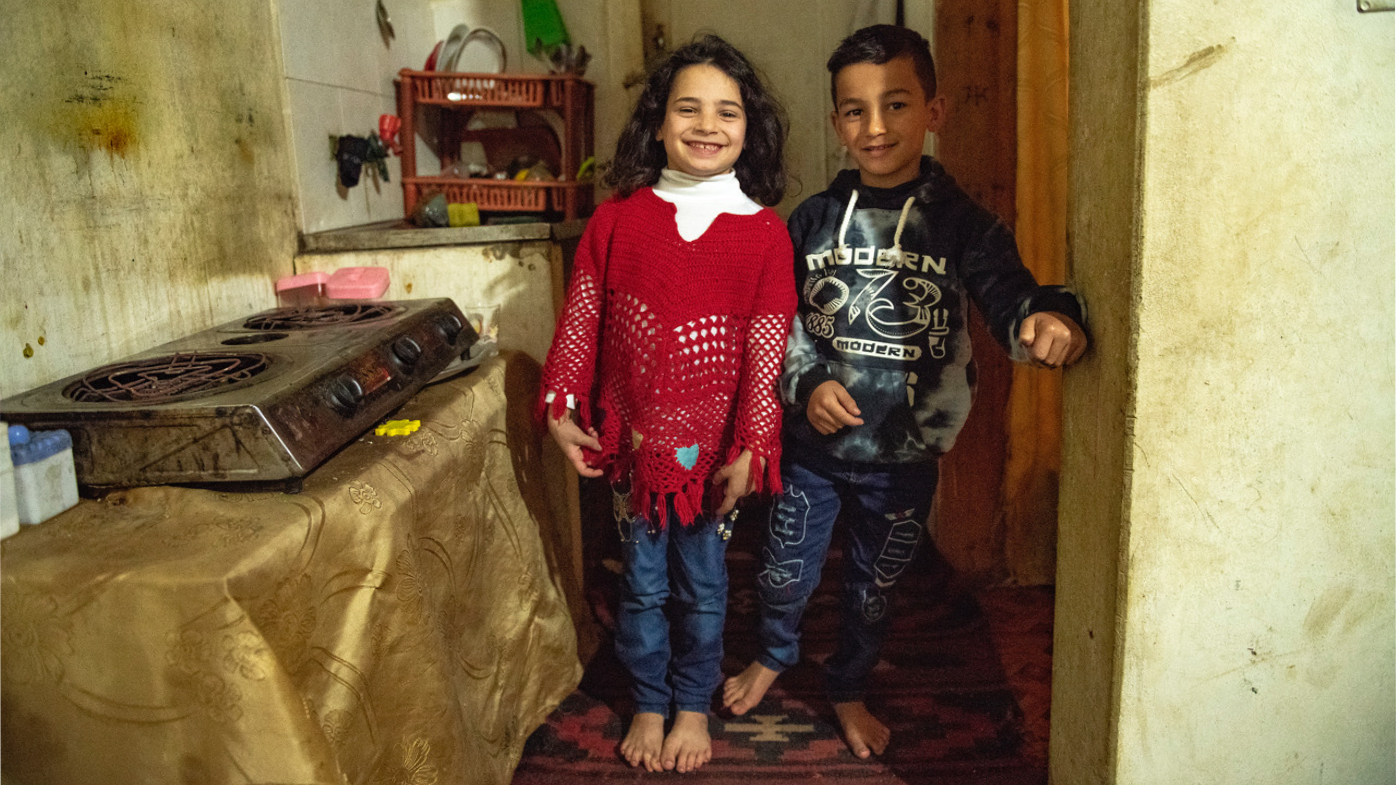 No refugee cases yet, but conditions are dangerous

No cases have been confirmed in Lebanon's refugee settlements yet. Mr Eldridge credits this to early action from UNHCR and communities' quick responses to messages around social distancing and hygiene.

But however well the message gets through, social distancing is hard. The country's refugee population is relatively dispersed between private accommodation, collective shelters and informal tented settlements or camps – but communities are often overcrowded. More than a third of Lebanon's 1.5 million Syrian refugees live with less than 4.5sqm per person; 20 per cent in tented camps. 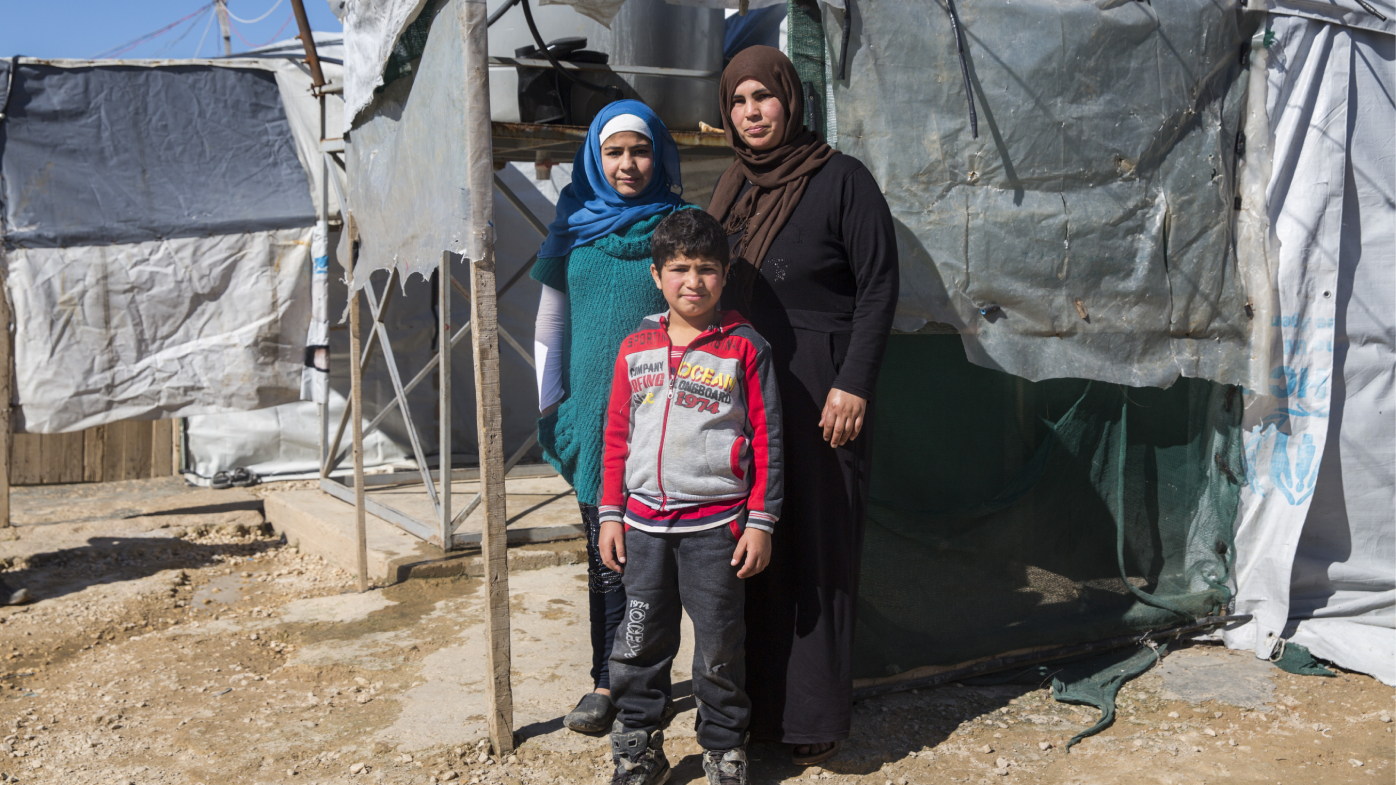 To contain individual infections, UNHCR field offices are standing by to build shelters in-place, with access to water and food.

There are contingency plans to put entire communities into quarantine if necessary, but for now the hope is that it won't be.

Working together to prevent the spread

With WHO Lebanon estimating 80 per cent of cases will require self-isolation at home, clear communication and effective networks will be critical. UNHCR has distributed soap, sanitiser, bleach and hygiene kits since early March. It has several ways to broadcast important information: direct text and WhatsApp messages (which reach 90-98 per cent of refugees), social media and outreach volunteers. 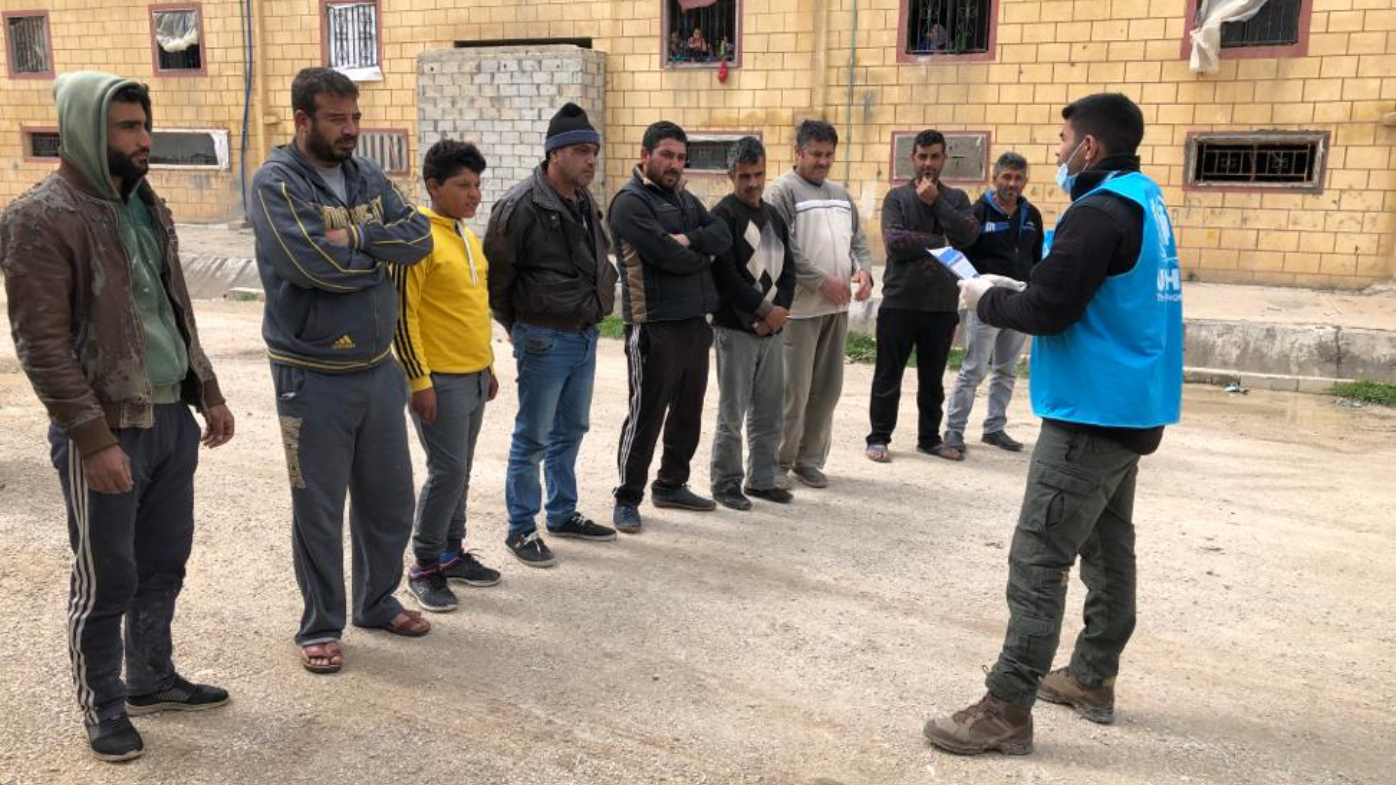 Refugees contribute shareable videos; which Mr Eldridge says are incredibly effective. "They're engaging and often really funny, and help get the message across on terms, and in language, people are receptive to."

Amar Talab lives in the Majdal Anjar informal tented settlement near the Syrian border. He says ultimately, all everyone wants is for vaccine or a cure to be found – meanwhile, he is helping build isolation tents for a UNHCR pilot program.

"These are some of the most vulnerable people on earth, many of whom have been through hell and now live in unimaginably tough conditions," Mr Eldridge said. "But they aren't panicking; they want to be a part of the solution." 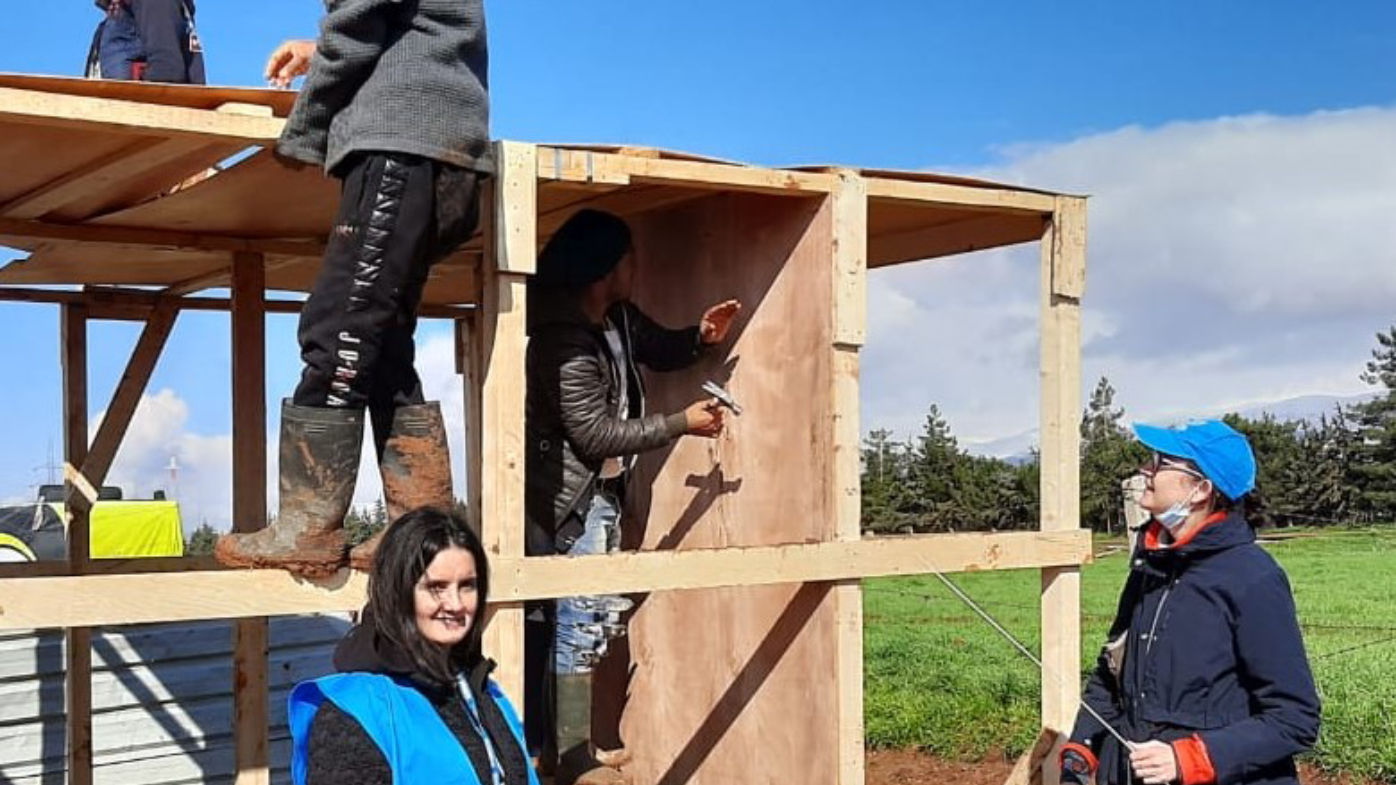 UNHCR is building extra hospital and ICU facilities in the existing health system, which, because it is largely privatised, is in dire need of support.

When both and prices unemployment rose during the economic crisis, many Lebanese citizens gave up their health insurance and cut back on medical visits. Lacking enough US dollars to buy medicines and supplies, hospitals had been running short for months – even before the pandemic, which both doctors and experts in the region agree they are not prepared for. 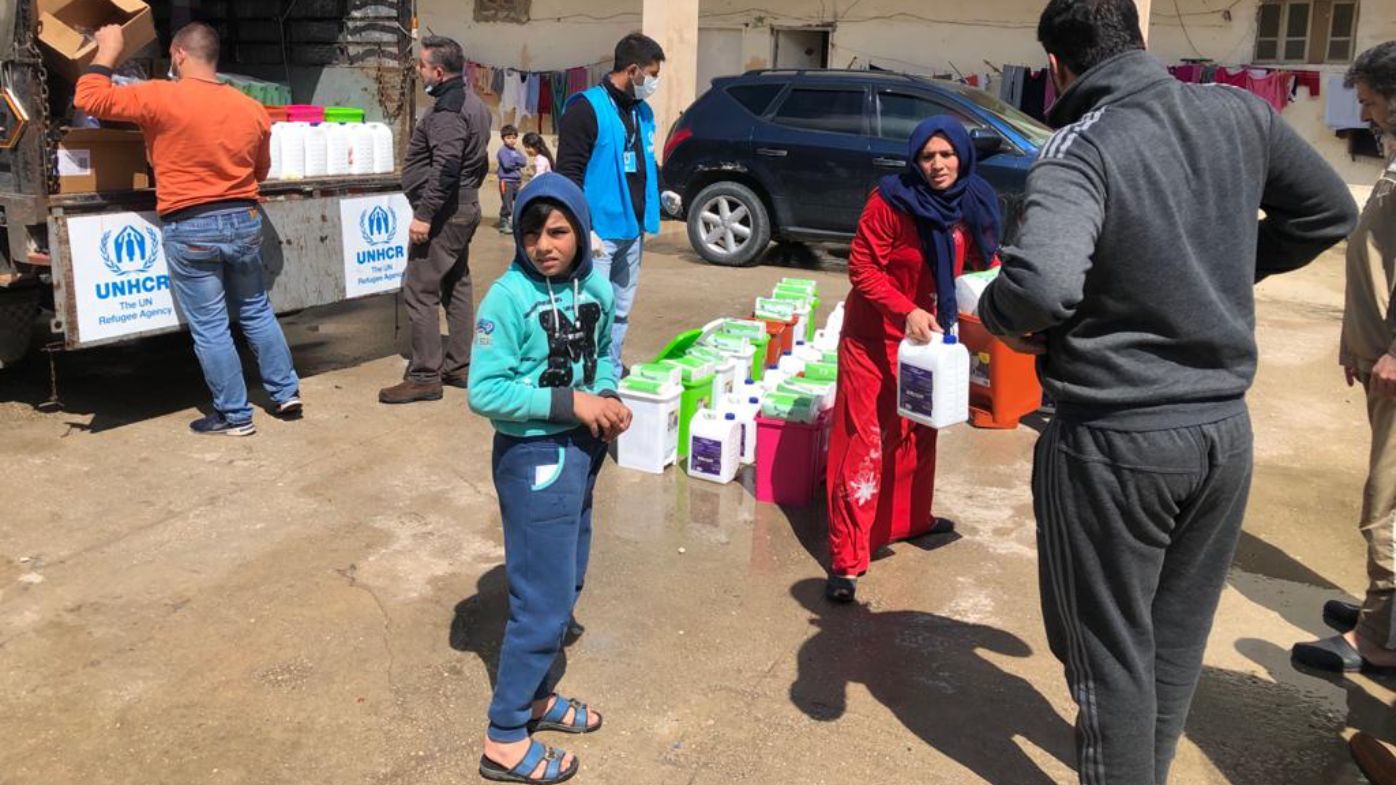 UNHCR is working to ensure the health system doesn't collapse if there's a spike in infections. It aims to cover all costs of COVID-19 testing for refugees (and if/when needed, of treatment and self-isolation). The goal is that anyone with symptoms, in any community, feels comfortable calling the national hotline; that virus outbreaks don't balloon unnoticed.

Even with access to UNHCR-subsidised health care, Mr Eldridge believes many will struggle with the cost of even getting to the doctor. "In 2019, 73 per cent of Syrian refugees here lived on less than US$3.80 per day," he said. "The economic crisis and the COVID-19 situation will not have improved that."

The UN launched a $US2 billion international appeal this week, US$250 million of which the UNHCR needs to provide support to refugees globally, especially in light of the pressure likely to be put on foreign aid budgets in coming months and years. "Conflict, inequality, climate change: those will still be there once this is over," Mr Eldridge said. 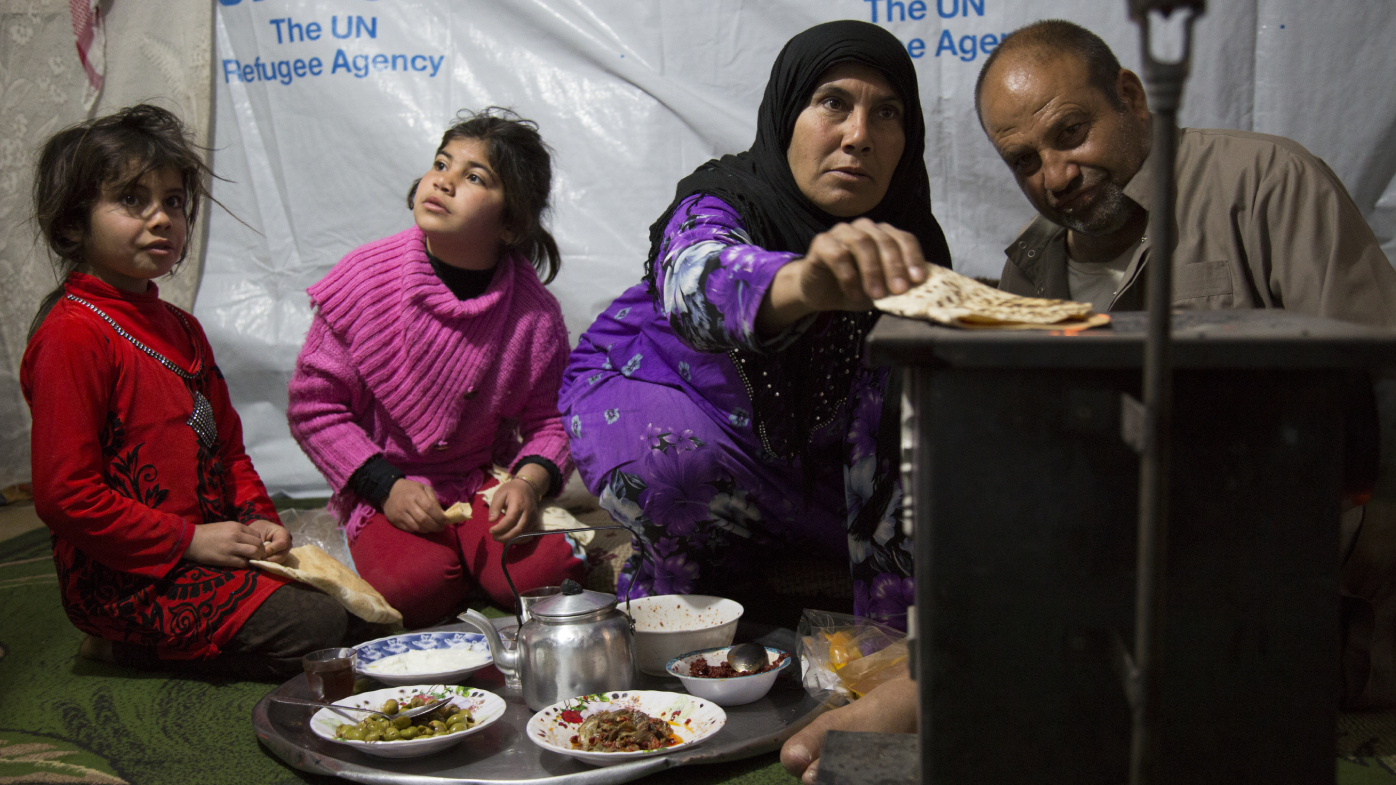 Regular UNHCR programs have been either suspended – like the resettlement program, halted except for the most critical emergencies on March 17, to avoid exposing refugees to the virus – or given extra priority, like the emergency and protection cash programs, which help people escape "imminent threat" (like sexual or family violence).

"We're working now to ensure these keep running; because, as we've seen in other parts of the world, isolation can increase domestic violence." Mr Eldridge told 9News. 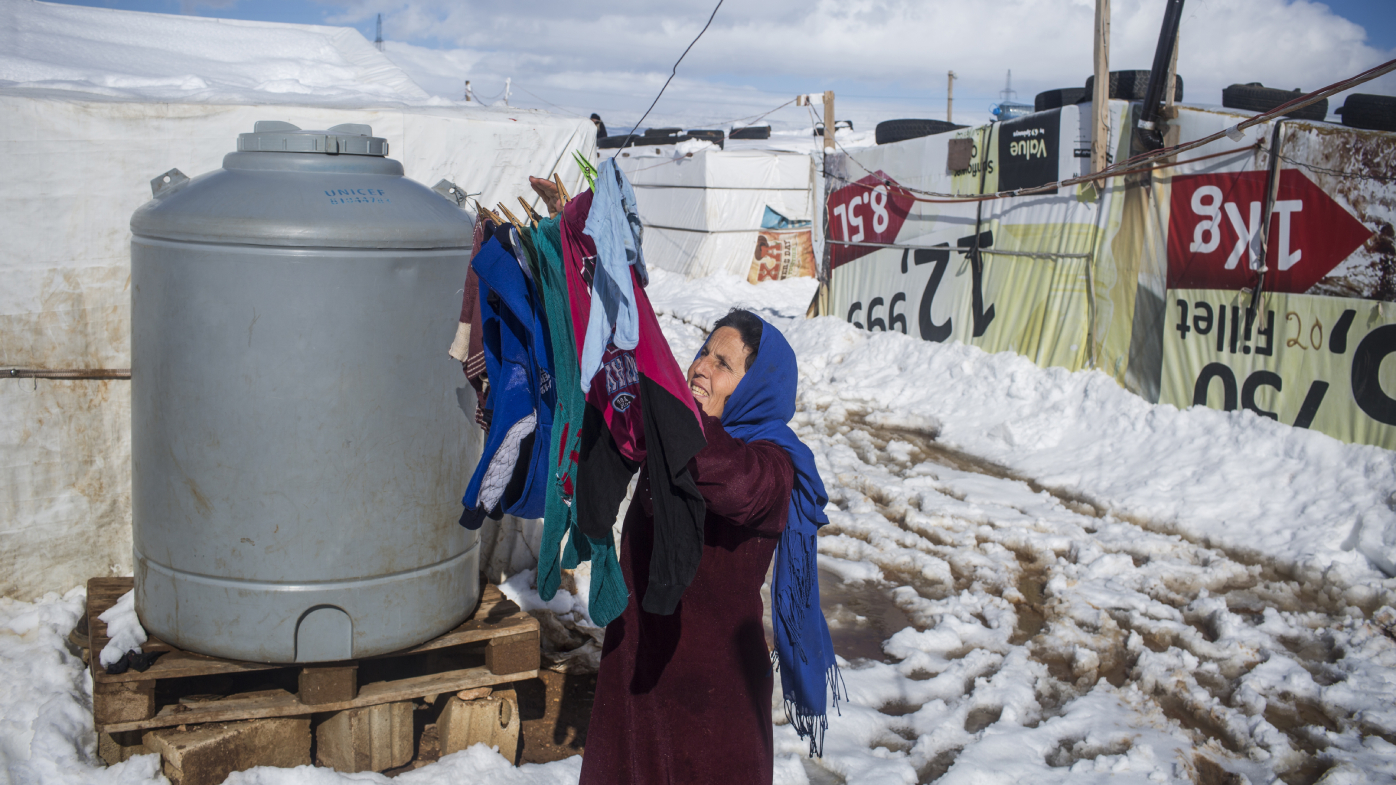 A country on edge

Anti-virus business restrictions are hitting particularly especially hard in Lebanon; the government is unlikely to afford an Australian-style relief package.

Many refugees in Lebanon were already under curfews or work restrictions; new measures have further blocked their ability to earn an independent income. Life has become still more difficult for most refugee and vulnerable Lebanese families.

"Honestly, I shudder when I think of what that means," Mr Eldridge said – but added that so far, people seem to be keeping the faith.

"There is an element of trust and understanding," he told 9News. "People know that to get out of this crisis as quickly as possible they need to respect the response." 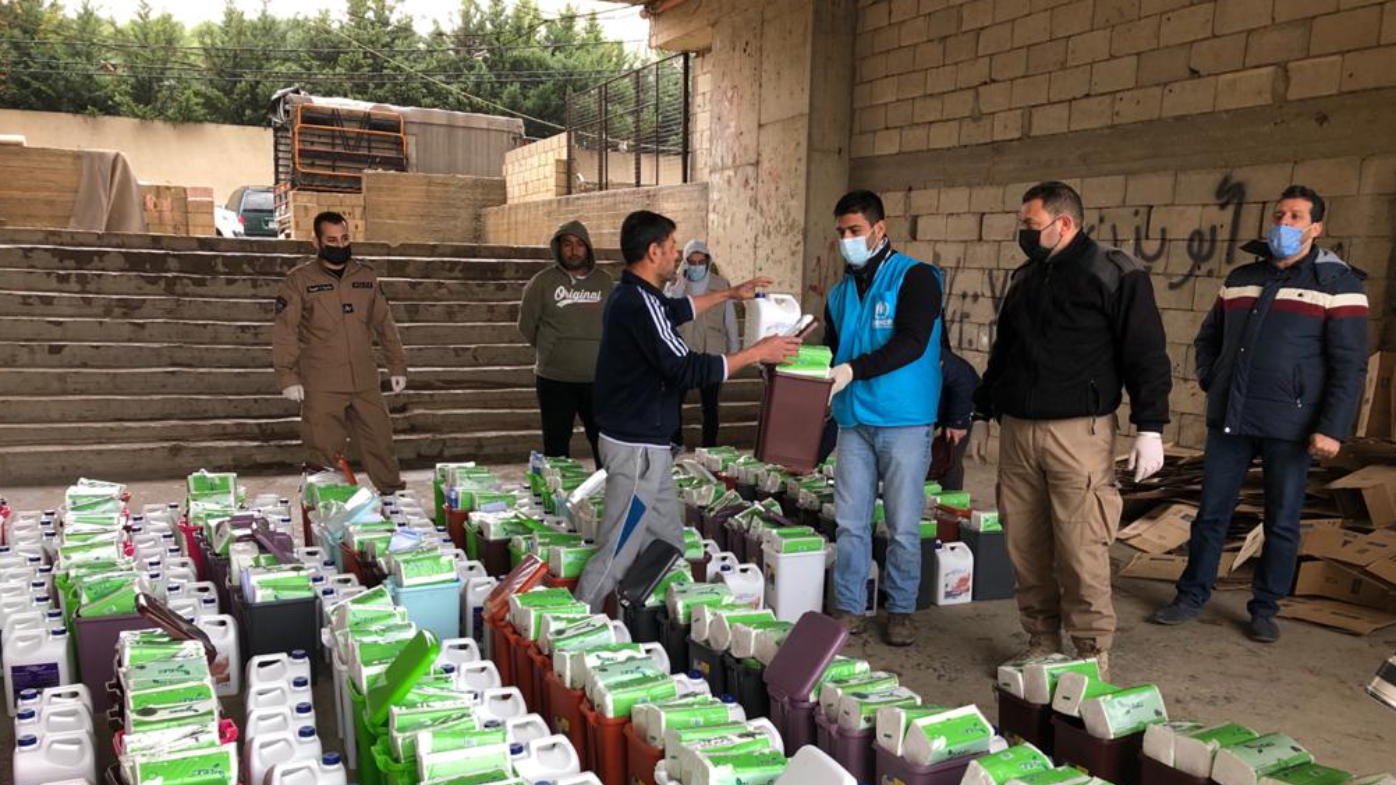 Police, military vehicles and helicopters slowly patrol Beirut, dispersing locals in public places over megaphone. Tanker trucks spray streets with disinfectant. Locals in cars are limited to two passengers, separated in rear seats, and all occupants must wear masks and gloves – dramatic changes in a city where many rely on taxis for transport. Those who break the rules are fined.

All shops are closed except supermarkets and pharmacies, where customers are scanned with an infrared thermometer. Tension is high: people keep their distance and are quick to criticise others they see outside, or not wearing masks and gloves.

There haven't been many shortages besides paracetamol, Mr Eldridge said – "but sadly, I think that's because many people don't have enough money to hoard sanitiser."

Two weeks ago, every bar and restaurant in famously cosmopolitan Beirut closed overnight. To Mr Eldridge, who lives on what is usually one of the city's busiest streets, the unfamiliar silence has been eerie. "Not even full-scale war has been able to shut down Beirut's bars – but COVID-19 has," he said.

Only the city's notorious cats have managed skirt the new world order, sneaking feeds from locals. "They really have taken over; it's amazing to see."

Neighbours chat in multiple languages from their balconies and help each other in times of trouble: like the "moment of tragedy" averted this week, when an elderly woman spilled her vegetables all over the street while pulling up to her third-floor balcony – and an entire squad of pizza deliverers immediately ran to help. 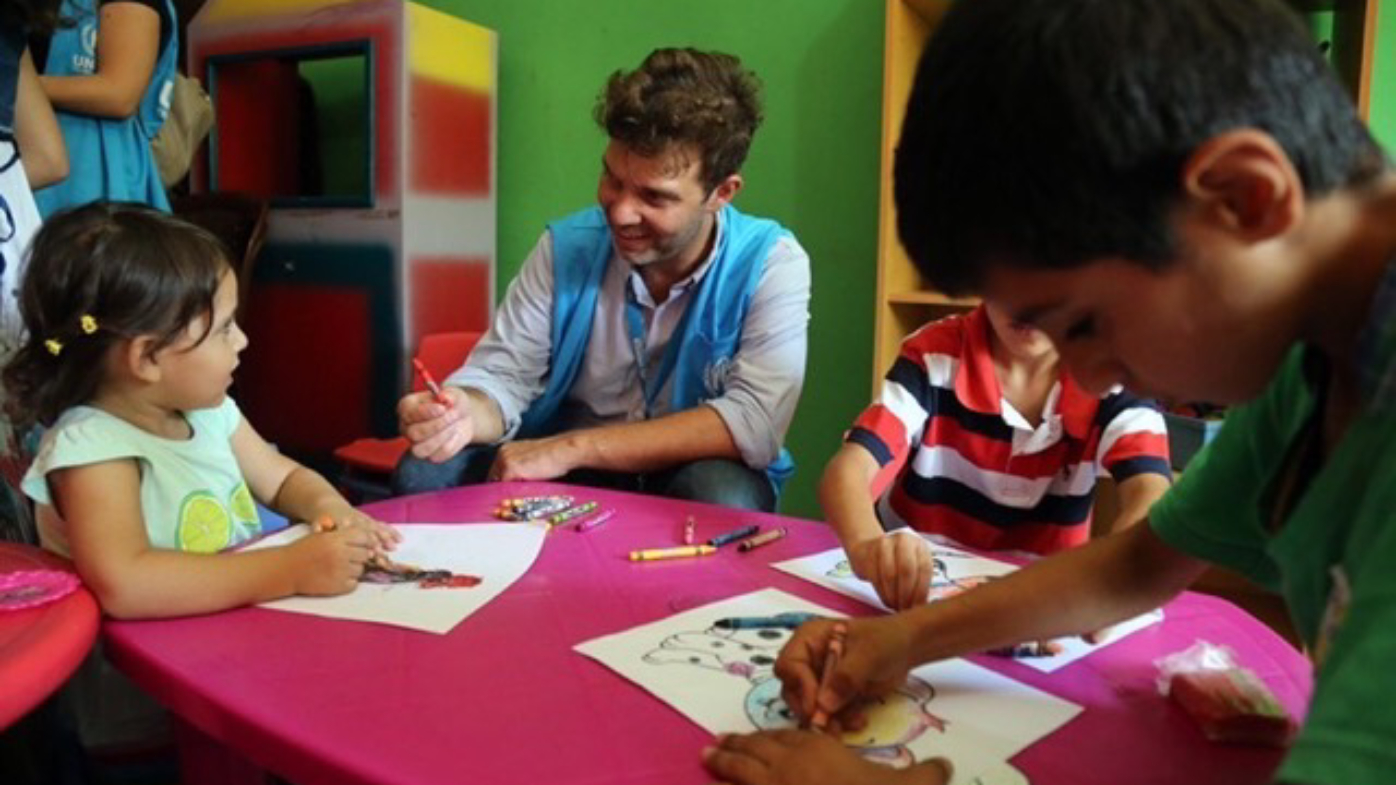 Mr Eldridge's wife, a journalist, is in Sydney. They speak daily, but like many others after recent travel restrictions, don't know when they'll see each other again.

"I've been in some far-flung places, but I've never been in a situation where I can't get on a flight home if I need to," he reflected.

"In many ways I'd love to be there now, but there's a special feeling when you smile and wave at someone across the language and culture barrier in a situation like this – while it's much harder for so many people, this virus affects everyone."