The dramatic developments on Sunday bore all the hallmarks of a West African coup d’etat.

A Guinean army colonel has seized control of state television and declared that President Alpha Conde's government had been dissolved and the West African nation's borders closed, an announcement that came after hours of heavy gunfire erupted near the presidential palace.

The dramatic developments on Sunday bore all the hallmarks of a West African coup d'etat.

After seizing the airwaves, the mutinous soldiers vowed to restore democracy and gave themselves a name: The National Committee of Gathering and Development. 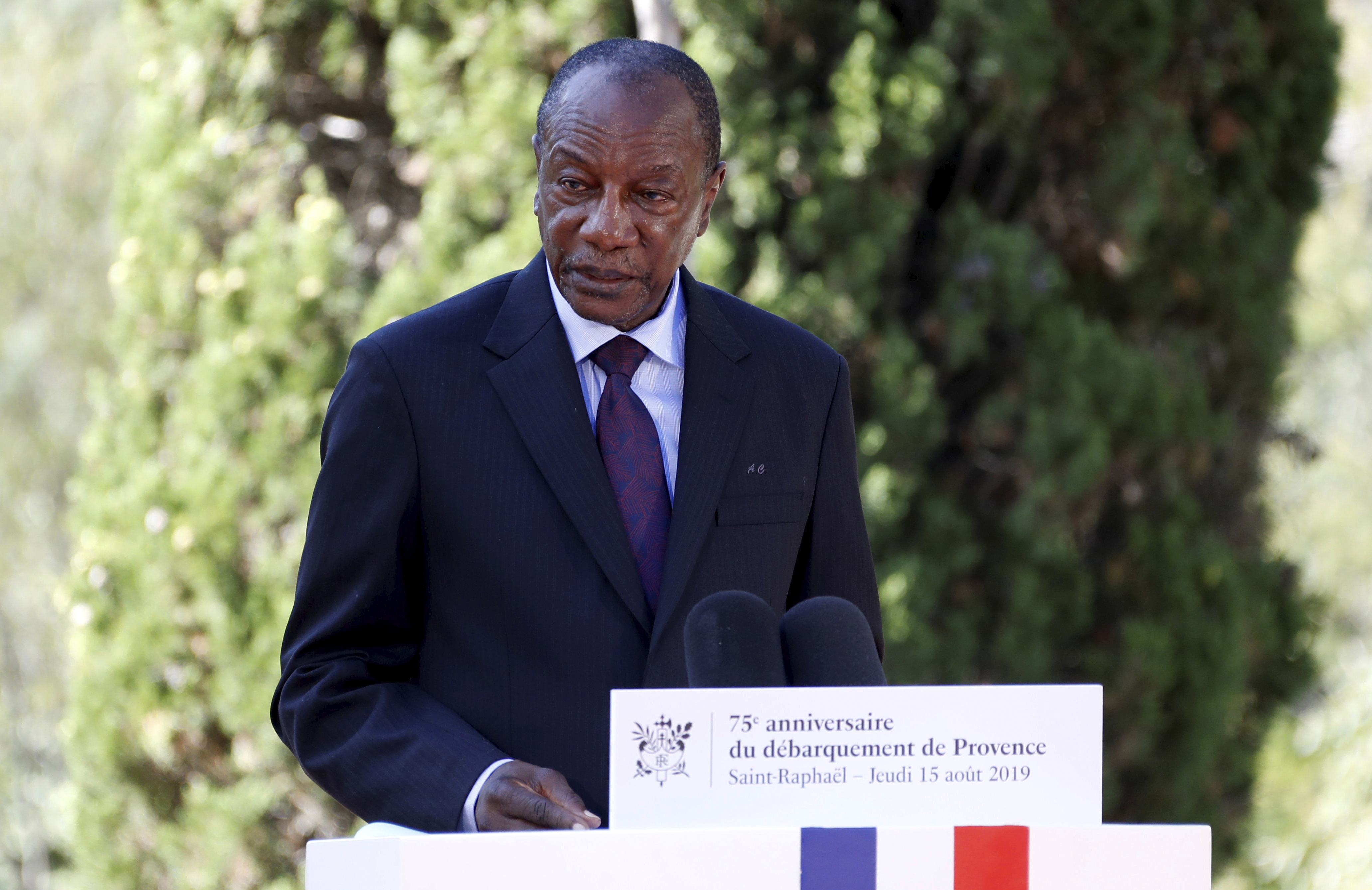 Colonel Mamadi Doumbouya sat draped in a Guinean flag with a half dozen other soldiers in uniform alongside him as he read the statement, vowing: "The duty of a soldier is to save the country."

He made no mention of Mr Conde's whereabouts and it was not immediately known where the 83-year-old leader was after Sunday's attack.

Mr Conde's popularity has plummeted since he sought a third term last year, saying that term limits did not apply to him.

"The personalisation of political life is over. We will no longer entrust politics to one man, we will entrust it to the people," Colonel Doumbouya said, adding that the constitution would also be dissolved and borders closed for one week.

Colonel Doumbouya, who has headed a special forces unit in the military, said he was acting in the best interests of the nation of more than 12.7 million people.

Not enough economic progress has been made since independence from France in 1958, the colonel said.

Heavy gunfire had erupted early on Sunday near the presidential palace in the capital of Conakry and went on for hours, sparking fears of a coup attempt.

The Defence Ministry claimed that the attack had been repelled but uncertainty grew when there was no sign of Mr Conde on state television or radio.

His re-election in October had prompted violent street demonstrations in which the opposition said dozens were killed. Sunday's developments underscored how he had also become vulnerable to dissenting elements within his military.

Mr Conde came to power in 2010 in the country's first democratic election since independence from France.

Many saw his presidency as a fresh start for the country, which has been mired by decades of corrupt, authoritarian rule.

Opponents, though, say he has failed to improve the lives of Guineans, most of whom live in poverty despite the country's vast mineral riches including bauxite and gold.

In 2011, he narrowly survived an assassination attempt after gunmen surrounded his home overnight and pounded his bedroom with rockets.

Rocket-propelled grenades also landed inside the compound and one of his bodyguards was killed.