Unrest is growing in the United States over tough coronavirus restrictions, even as the death toll continues to rise.

Protesters, including some carrying guns, have stormed the Capitol building in Michigan in protest at the state's COVID-19 lockdown laws.

It's the second time in a month there's been demonstrations outside the building, as lawmakers gathered to consider an extension to the state of emergency that's in force to combat the coronavirus pandemic.

Armed protesters chanted "Let us in" and "This is the people's house, you cannot lock us out," while those attempting to gain access to the floor of the House were held back by police and sergeants-at-arms.

According to NBC it is legal to carry a gun in Michigan "as long as it is done with lawful intent and the weapon is visible."

Nearly 4000 people have died in Michigan from COVID-19, making it one of the worst hit states in the US. More than 40,000 confirmed cases of coronavirus have been reported in the state. 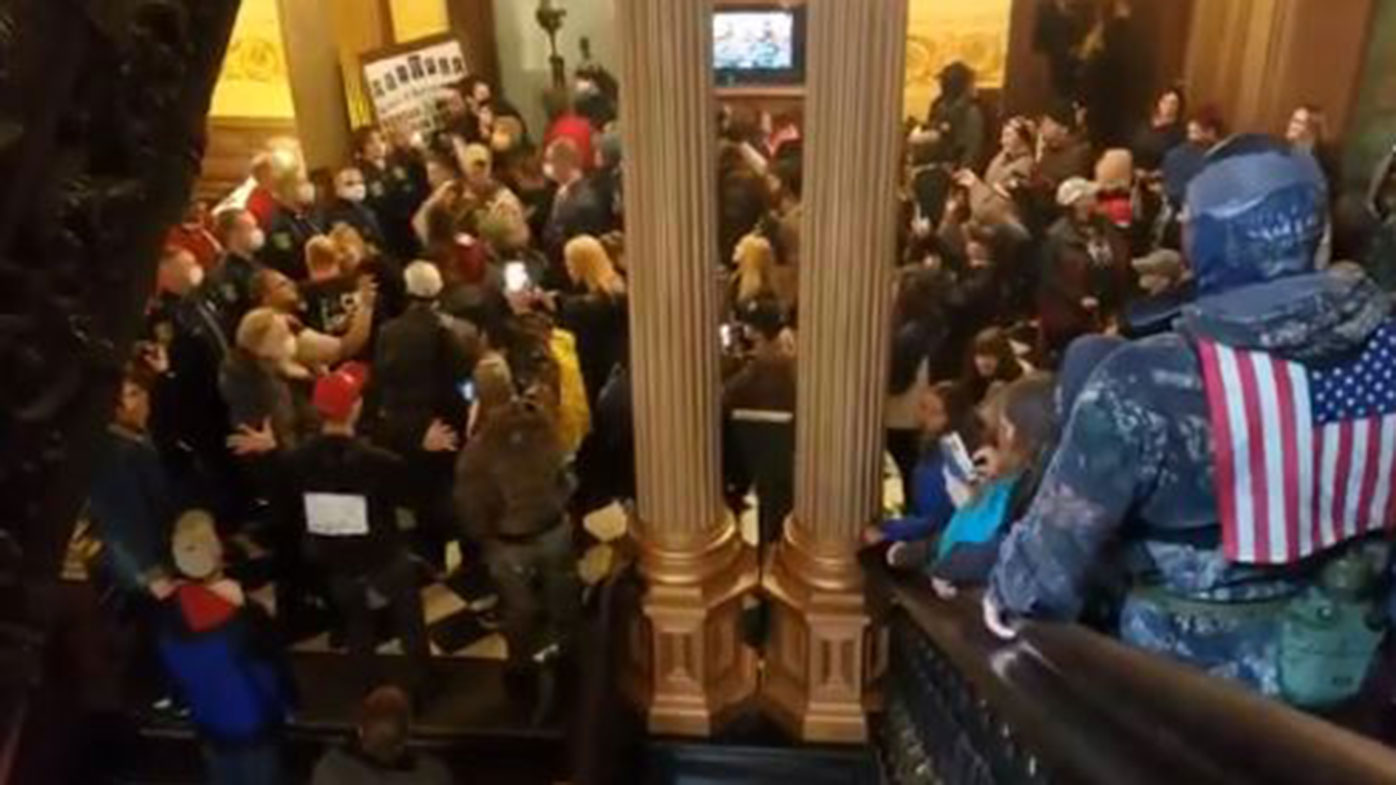 "In America, we should be free. Don't let them try to protect us from ourselves."

Not all protesters were as restrained, with local media reporting some signs were seen saying "Make treason punishable by hanging," while another said, "Tyrants get the rope."

Unrest is growing over orders from Governor Gretchen Whitmer that have forced residents to stay inside their homes, with many businesses shut down in an attempt to slow the spread of the virus.

According to reports, police officers were protecting Governor Whitmer, and also blocking armed protesters from advancing further inside the Capitol. Some lawmakers were also reportedly wearing bullet-proof vests, with Senator Dayna Polehanki tweeting a photo of armed protesters in the public gallery.

READ:  Half of Aussie employees hesitant to stop working from home any time soon

"I have never appreciated our Sergeants-At-Arms more than today," Senator Polehanki wrote.

Michigan resident Grace Kosachuk told WXYZ-TV that she opposed any extension of the state of emergency.

"It doesn't matter what crisis there is, you only have the power that you have, and you can't take more. And if people are going to die, I'm sorry, you only have as much power as you have," Ms Kosachuk said.