Big news, everybody – the Duke and Duchess of Sussex have announced they are “stepping back” as “senior” members of the royal family and will work to become “financially independent.”If your reaction to this de…

Big news, everybody – the Duke and Duchess of Sussex have announced they are “stepping back” as “senior” members of the royal family and will work to become “financially independent.”

If your reaction to this development was along the lines of “wut?” that is completely understandable.

The financial workings of Her Majesty and Co. are more than a little complex and their definition of “financially independent” is almost certainly a far cry from the general population’s. 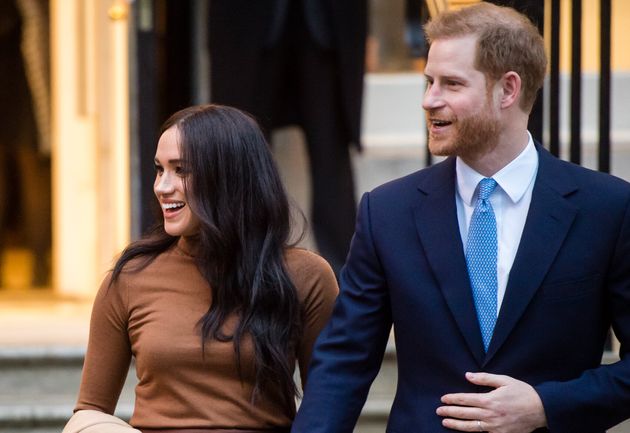 So here are a few questions you might have, answered:

What are they actually doing?

A basic, but cracking, question. According to Harry and Meghan’s announcement, they are:

Yes, but what does that actually mean?

Let’s start with a bit of background about how the royals are financed. Since 2012, the Sovereign Grant has been the primary source of money used to fund the Queen’s official duties as monarch, including any work by other members of the royal family that supports these duties.

This includes things like official receptions, investitures and garden parties as well as the cost of travel involved in royal visits. For 2019-20, the Sovereign Grant has been set at £82.4 million ($108 million).

For 2017-18, the profit generated by The Crown Estate – land and property across the UK – totaled £329.4 million and was surrendered to the treasury. The Sovereign Grant is calculated as a percentage of that profit and handed back to the royals.

The issue of whether the monarchy represents taxpayer value for money is hotly contested. The total cost per person in the UK was worked out by the palace as £1.24 each in 2018/19, and this has been rising.

But it’s worth pointing out that this is based on the Sovereign Grant alone. A combination of research and estimates from anti-monarchy pressure group Republic has identified potential “hidden costs” of several times this – in 2017, it estimated the true cost to the public at closer to £345 million﻿, taking into account things like security, lost income, and the expense to local councils of running royal visits. 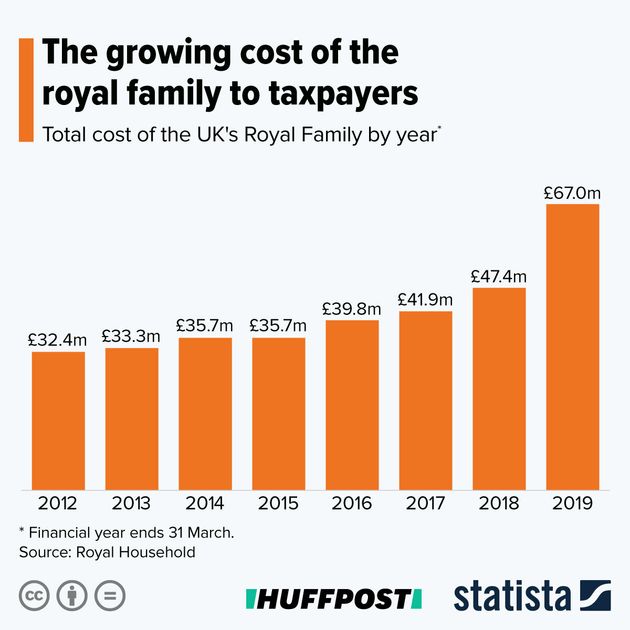 This also has to be balanced against the tourism revenues they generate, which according to one estimate totalled a whopping £1.8 billion in 2017. Republic, unsurprisingly, contests this, saying the tourism would occur whether or not the royal family itself remained and that estimates have been highly speculative and based on vaguely worded surveys.

Either way, the Sussexes will no longer receive money from the Sovereign Grant for their formal office expenses. Their new official website, sussexroyal.com, said the grant had accounted for 5% of their office costs.

All the same, it’s unlikely the Sovereign Grant itself will be reduced as it is set to a statutory level, meaning the taxpayer’s bill won’t go down.

What about non-office costs?

This isn’t that clear right now. The Sovereign Grant is also used to pay for Harry and Meghan’s official royal travel, and their website said they “proudly” carry out official overseas visits in support of the Queen, suggesting they will still continue to do so.

Who pays for the rest of their costs?

The Prince of Wales currently pays for the remaining cost of their public duties and some of their private costs from his Duchy of Cornwall income. It’s not known if they will renounce all or part of this.

So they’re going to get actual jobs?

It looks like it but they won’t be stacking shelves in a supermarket.

There has been no announcement about any other possible roles. Harry is a former soldier and Meghan is a former actress so perhaps there’s a modern reboot of Soldier Soldier in the works.

The pair are also about to launch their new SussexRoyal foundation but they will not benefit financially from this.

Will they still live in Frogmore Cottage?

They will continue to base themselves at Frogmore Cottage when in the UK, but it’s worth noting that “cottage” is a bit of an understatement.

Taxpayers paid £2.4 million to renovate Harry and Meghan’s official residence, which the couple moved into just nine months ago. As this money has already been spent, it would arguably be a bit of a waste if they moved out, to be honest. 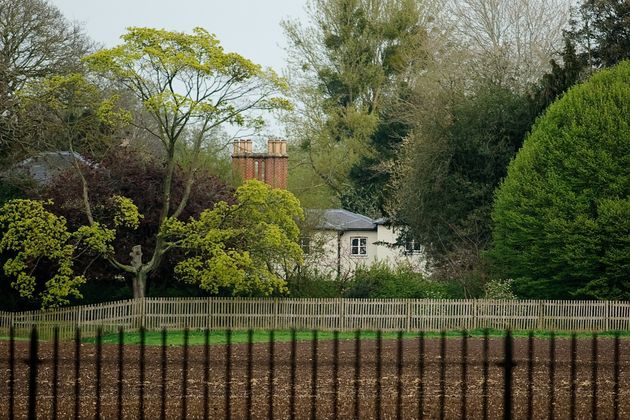 Will they cost the UK taxpayer any more money after this?

Almost certainly. Stepping down as a senior royal doesn’t mean disappearing into a life of anonymity and their highly recognizable faces will still need protecting – that’s where some of the “hidden costs” we mentioned above go.

Sussexroyal.com, referring to armed security by the Metropolitan Police mandated by the Home Office, said: “The Duke and Duchess of Sussex are classified as internationally protected people which mandates this level of security.”

CORRECTION: An earlier version of this story did not take into account research and claims by Republic that the royal family’s costs to the British taxpayer are higher than the Sovereign Grant, and stated that the grant is funded directly from the Crown Estate. We have also added context to the claim that the royal family generates £1.8bn of tourism income.