The tomb of a woman dating back about 2700 years has been uncovered by archeologists in France.

The tomb of a woman dating back about 2700 years has been uncovered by archaeologists in France.

The woman, who is believed to have lived at the start of the Iron Age in the eighth century BC, was found adorned with jewelry which had been preserved over millennia.

Several hectares of the ancient grave site on the bank of the Rhone river in eastern France is being excavated by experts from the archaeological research organisation Inrap.

"Inside the coffin, the deceased, a middle-aged woman, was laid on her back, arms beside her body, dressed and adorned with her jewelry," the archaeologists wrote in a statement about the discovery. 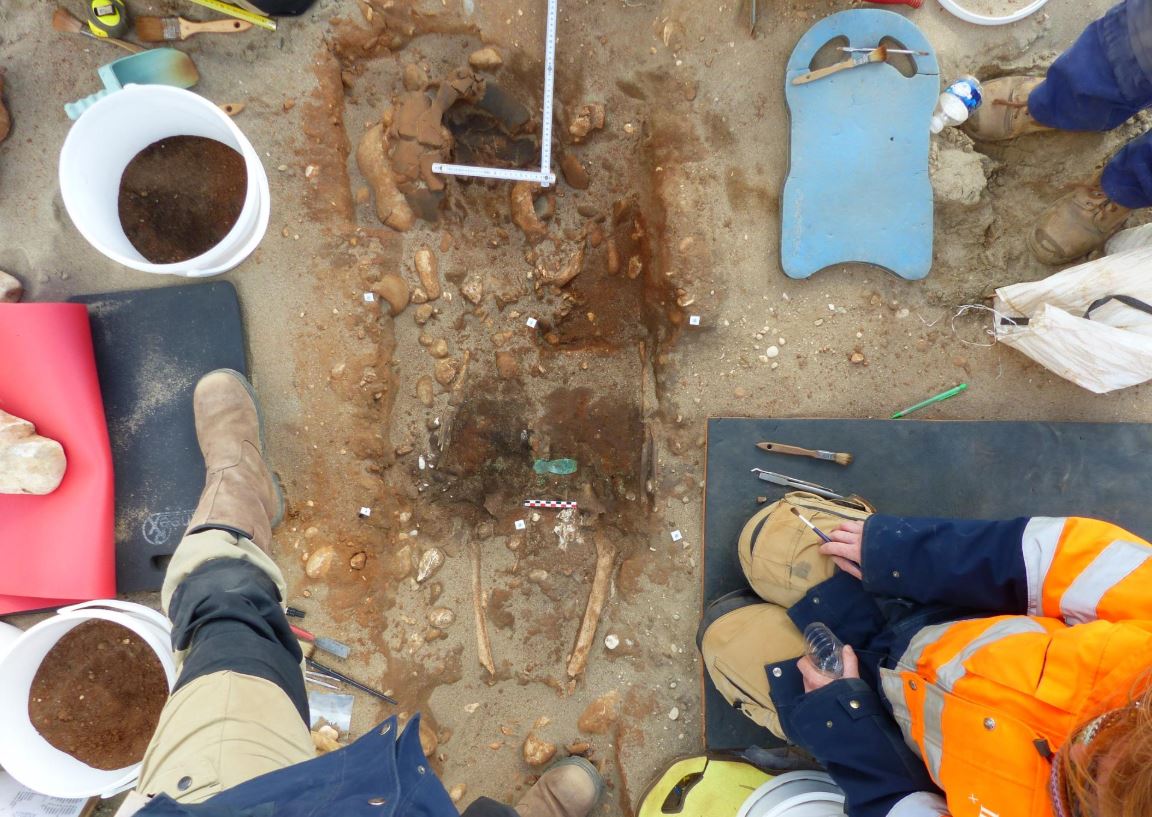 "An entire pottery vase was placed near and to the right of her head."

The body of the woman was found wearing a bracelet on each wrist and a belt around her hips – something not seen in other burials at the site.

The adornments are blue and blue-green in colour and made of glass beads and decorated with light-coloured threads, alternating with a series of copper alloy beads.

The tomb is 2.85 metres long and 1.1 metres wide and appeared to function similarly to a modern grave site. 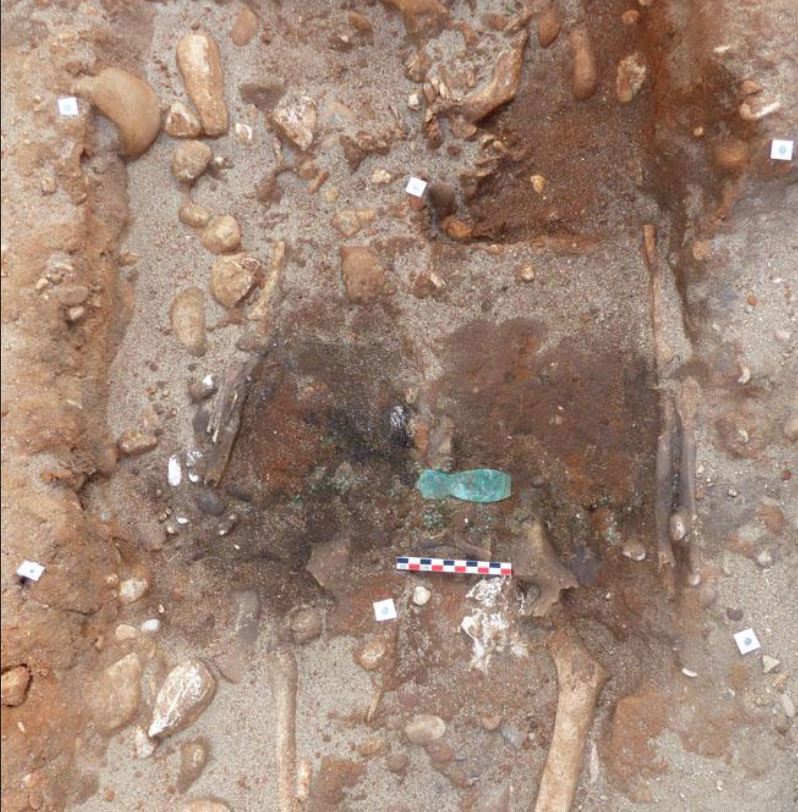 "On its bottom, five rollers are positioned so as to wedge a wooden container in which the body of the deceased has been previously deposited," the statement reads.

READ:  Rare painting could sell for more than $3m at Melbourne auction

"The structure of the wood, very partially preserved under the sacrum of the buried, indicates that it is deciduous oak.

"The decomposition of the body in an empty space also suggests a filling of the coffin, probably using one or more boards, before the sepulchral grave is completely clogged and a surface indicator is arranged."