Apple says it has reached an agreement with the right-wing social app Parler that could lead to its reinstatement in the company’s app store.

Apple says it has reached an agreement with the right-wing social app Parler that could lead to its reinstatement in the company's app store.

The tech company kicked out Parler in January over ties to the deadly January 6 siege on the US Capitol.

In a letter to two Republican lawmakers in Congress, Apple said it has been in “substantial conversations ” with Parler over how the company plans to moderate content on its network.

READ MORE: Everything you need to know about banned social media platform Parler Before its removal from the app store, Parler was a hotbed of hate speech, Nazi imagery, calls for violence (including violence against specific people) and conspiracy theories.

Apple declined to comment beyond the letter, which didn't provide details on how Parler plans to moderate such content.

In the letter, Apple said Parlor's proposed changes would lead to approval of the app.

Parler said it has implemented “several new safeguards” designed to detect posts that "would not fall within the protections of the First Amendment," but added that it did not make broad policy changes.

“While the App Store version of Parler will prohibit some posts that Parler allows, those posts will still remain visible on the web-based and Android versions of Parler," the company said in a statement.

The First Amendment does not apply to private companies such as Parler — it prohibits the government from making laws that impede free speech.

READ MORE: How to tell if your smartphone is spying on you 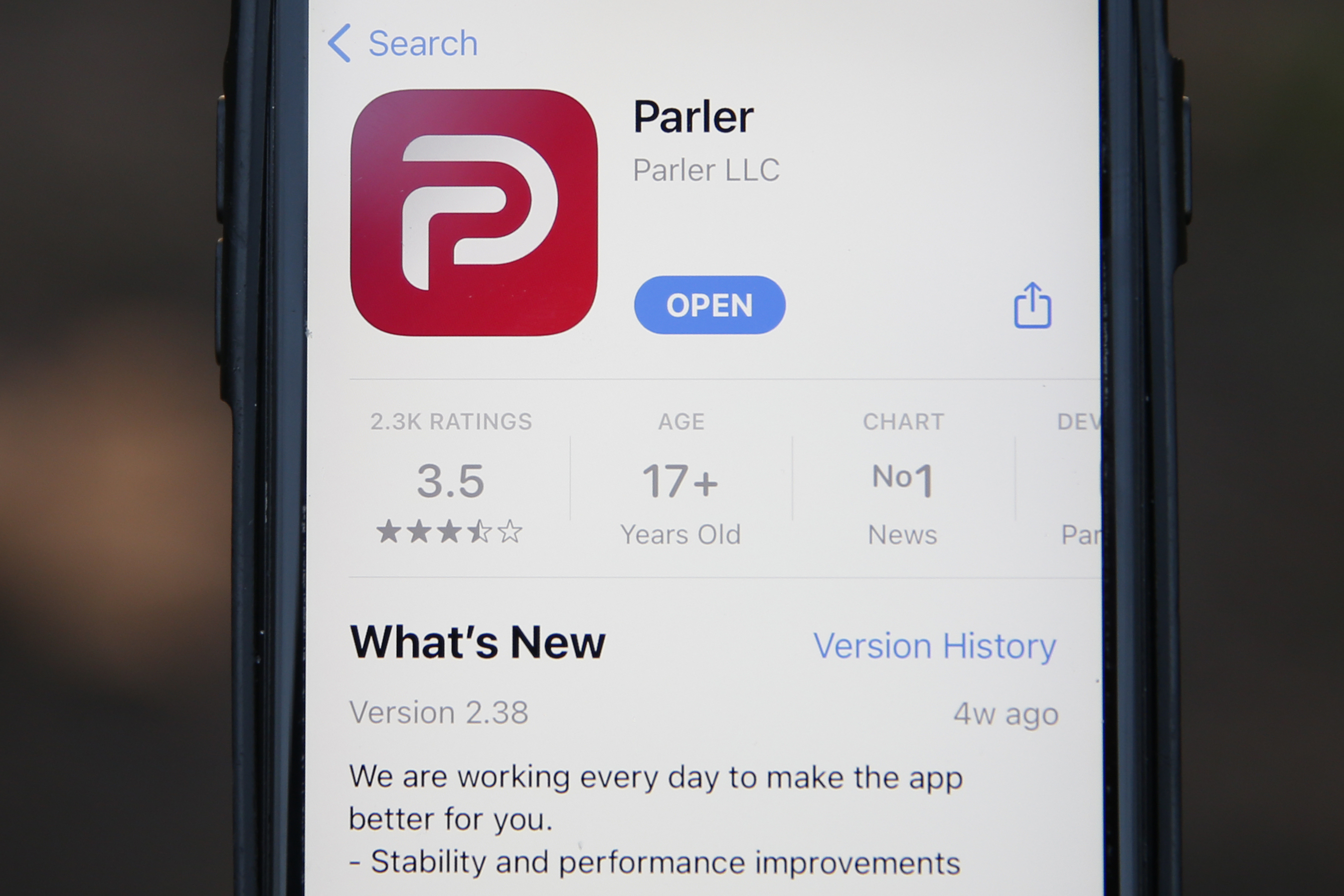 But this has not stopped people from claiming that social media companies violate their free speech rights by moderating content, or from “free speech" apps such as Parler from popping up to fill a perceived void of “censorship-free" discussion sites.

As of midday Monday, Parler was not yet available in the app store and Apple did not give a timeline for when it will be reinstated.

According to Apple's letter, Parler proposed changes to its app and how it moderates content. Apple said the updated app incorporating those changes should be available as soon as Parler releases it.

Apple's closed app system means apps are only available through Apple's own app store. On Monday, Google reiterated its January statement that “Parler is welcome back in the Play store once it submits an app that complies with our policies.”

So far, this has not happened.

Parler remains banned from Amazon's Web Services. Amazon said in January that Parler was unable to moderate a rise in violent content before, during and after the insurrection.

Parler asked a federal judge in Seattle to force Amazon to reinstate it on the web. That effort failed, and the companies are still fighting in court.

Republican political donor Rebekah Mercer has confirmed she helped bankroll Parler and has emerged in recent months as the network’s shadow executive after its founder John Matze was ousted as CEO in February.