A woman protesting against Donald Trump has been taken to hospital after falling heavily from the roof of a police car.

A woman protesting against Donald Trump has been taken to hospital after falling heavily from the roof of a police car.

She suffered minor injuries as the officers in the vehicle sped away from the scene outside McClellan Air Base in Sacramento, during a visit from the US president.

Social media videos show a number of protesters blocking an intersection and the patrol car trying to edge its way through. 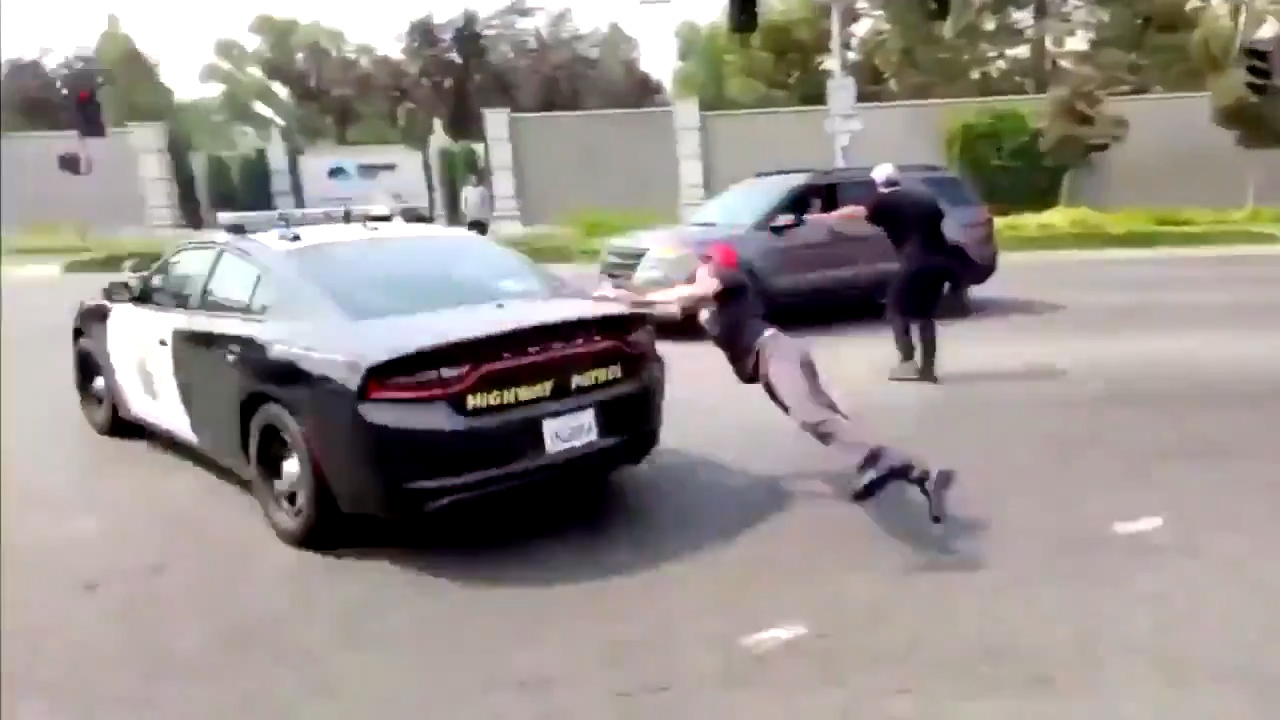 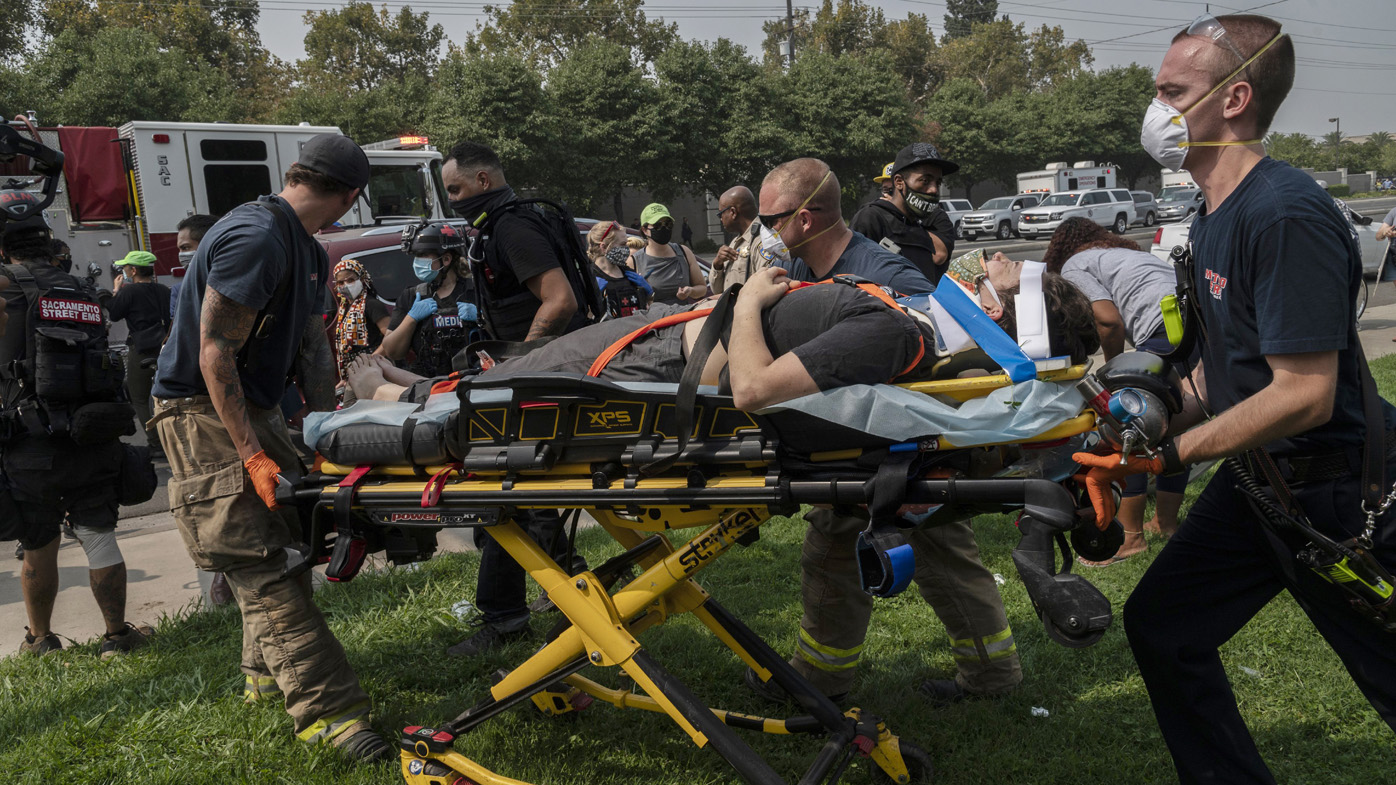 The woman can be seen climbing on to the bonnet and on to the roof before she is flung from the car.

Fellow protesters screamed and rushed to her aid as she struck the road.

She was treated and taken to Mercy San Juan Medical Centre.

Police are investigating the incident. A spokesman said the officer driving feared for his safety.

Mr Trump was visiting California to discuss the response to the wildfires which are devastating much of the west coast. 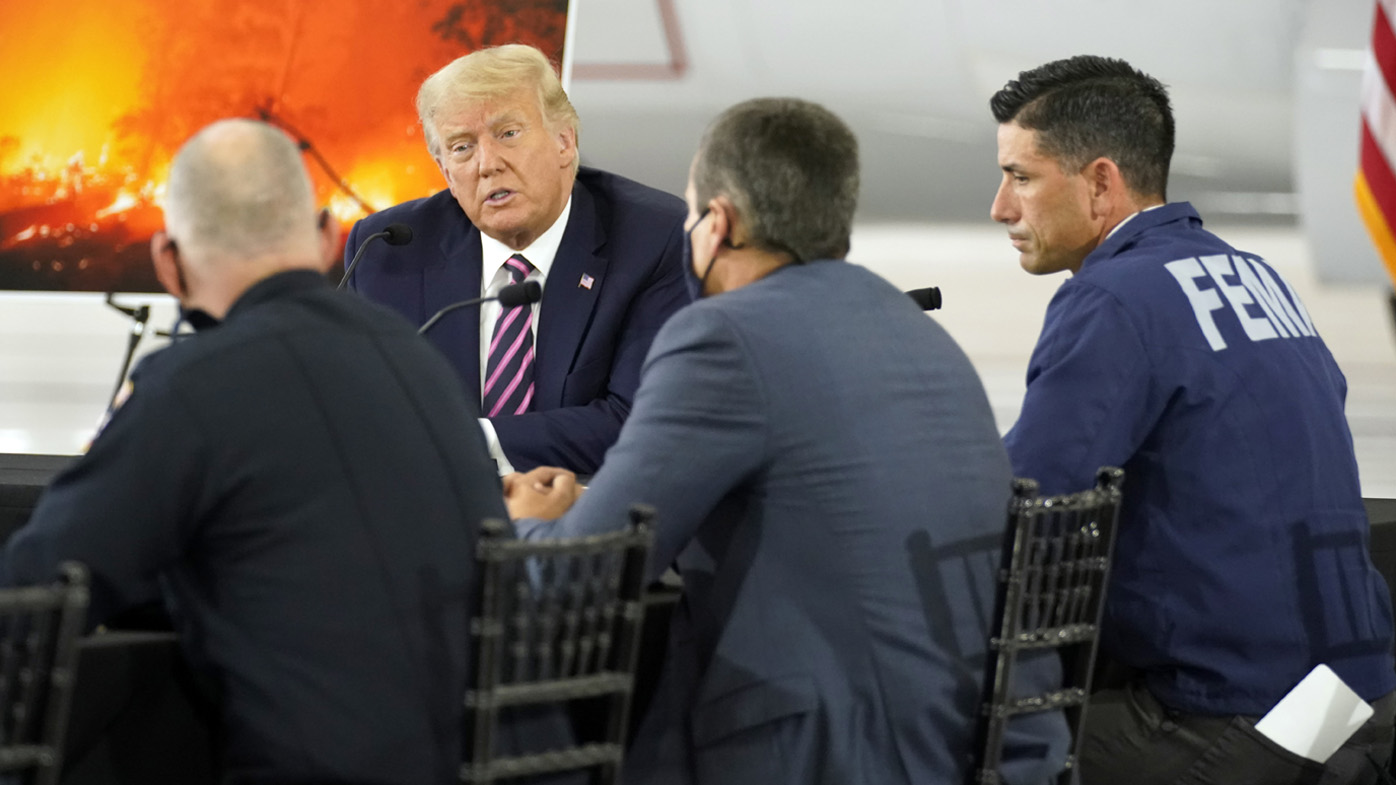 He met with Governor Gavin Newsom and handed medals of distinction to National Guard heroes who have rescued residents from the many blazes.

Thirty-five people have now died in the disaster, 22 people are still missing, thousands have been evacuated and hundreds of homes destroyed, along with around two million hectares of land.

Mr Trump questioned whether science could in fact prove climate change was the cause of the wildfires. 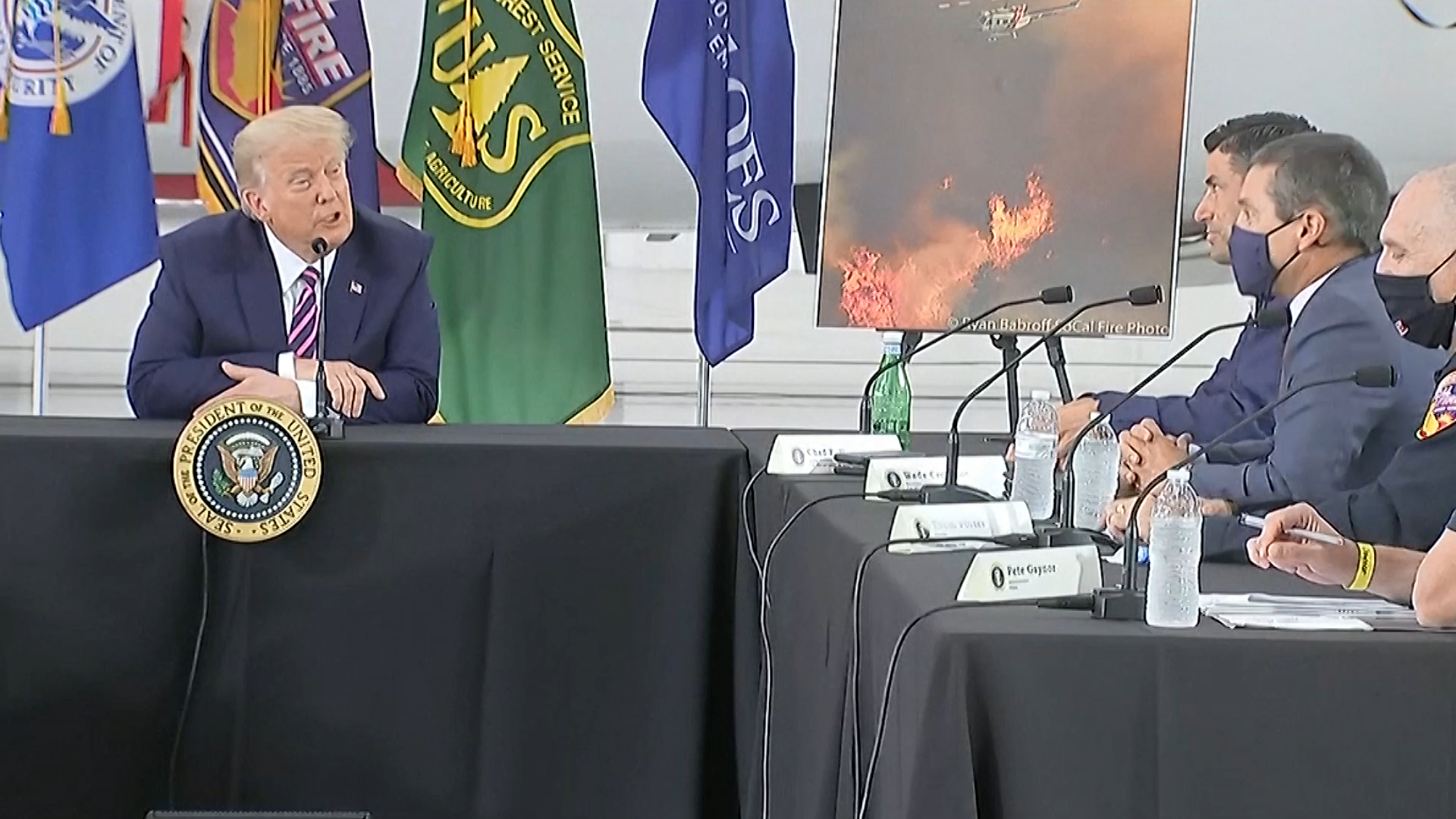 He has now flown to Arizona for the next stage of his campaign tour.

Back in Nevada, the company which organised his indoor rally on Sunday has been fined $3000 for violating the state's COVID-19 restrictions barring gatherings over 50.

There were 5600 people in attendance.

The organiser of the event, hotel owner and engineering company boss Don Ahern, said he was continuing the great American traditions of the right to assemble and free speech.