Another of the curious structures has been spotted, this time on the Isle of Wight, off England’s south coast.

For those keeping track of the mystery of the monoliths, get your scorecards ready, another of the curious structures has been spotted, this time on the Isle of Wight, off England's south coast.

The confounding compositions have been sparking intrigue since a three-metre-tall silver structure appeared among the red rocks of remote southeastern Utah last month and was swiftly removed.

Imitation structures sprang up in a Romanian forest and on a Californian mountaintop, but both disappeared as quickly as they arrived. Meanwhile, reports flooded in about a similar structure in the Netherlands this weekend.

The most recent ethereal offering was spotted on Compton Beach on the southwest coast of the Isle of the Wight on Sunday afternoon.

"My wife and I were walking our dog ... on our favourite beach ... and saw the monolith," Lee Peckham, a local resident, told CNN.

"We hadn't heard about it at all but clearly others had as there were lots of people coming down to look at it."

But just like with the other mysterious structures, residents aren't quite sure where it came from.

"I don't know how it got there and I'm not sure the locals have any good theories either," he said. 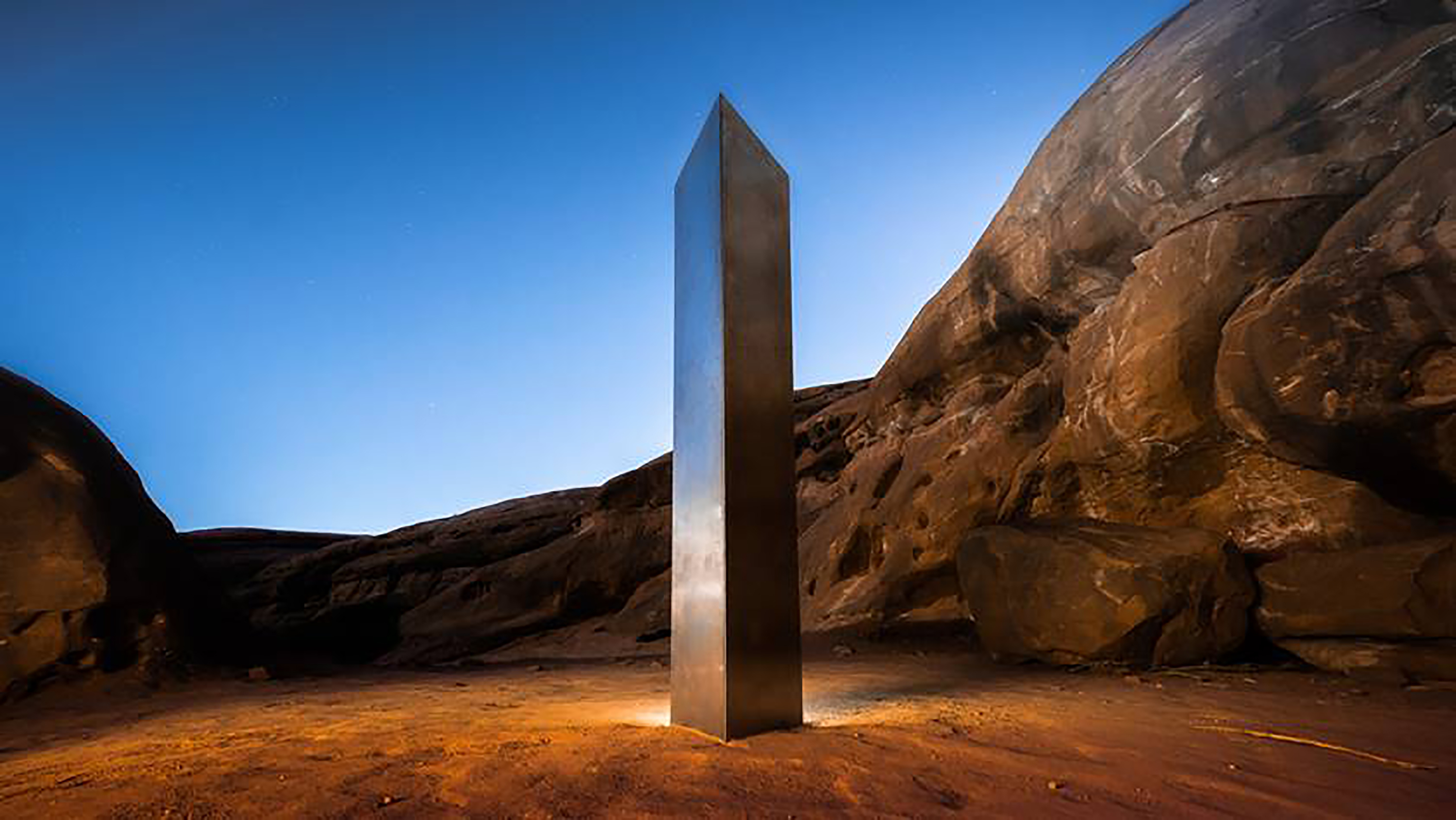 A spokesman for the National Trust, which owns the section of the beach where the monolith was erected, told CNN that the organisation did not know who put it up.

"We were unaware of the monolith's presence until this morning, but we've now visited Compton Beach and it seems secure on a wooden plinth and is made from mirrored sections of plastic or perspex material," the spokesman said.

"We are still assessing it so we have no immediate plans to remove it but of course we need to monitor over the next few days to ensure the beach remains safe and does not become overcrowded."

It is still unclear who is behind the erecting of the globetrotting silver pillars but a Santa Fe-based art collective, The Most Famous Artist, had advertised a three-metre structure for sale on its website for $45,000, now marked as sold.

CNN has emailed The Most Famous Artist to clarify if they were responsible for the Isle of Wight's monolith.