Canadian magazine Today’s Parent just released its July cover and not only does it feature what must be the youngest cover model of all time, it shows the tender moment Archer’s mum, Siarre Massey, first nurses her newborn son. Ba… 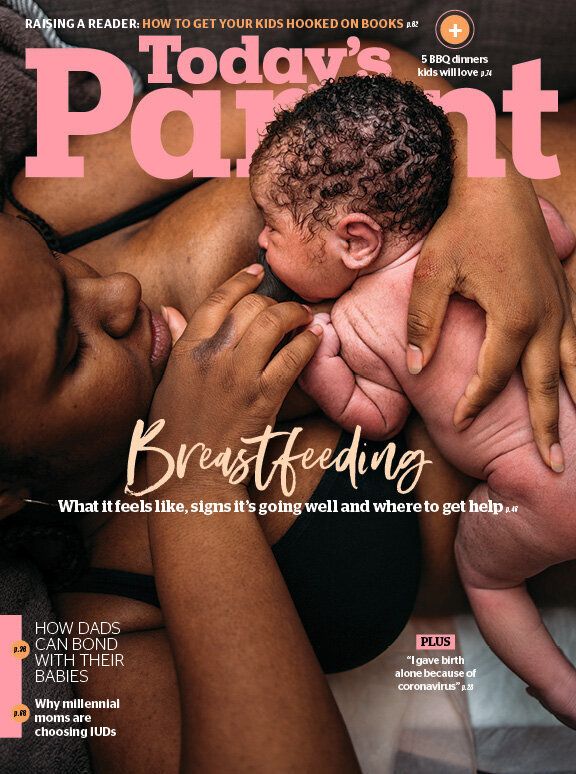 Canadian magazine Today’s Parent just released its July cover and not only does it feature what must be the youngest cover model of all time, it shows the tender moment Archer’s mum, Siarre Massey, first nurses her newborn son.

Baby Archer is seen literally fresh from the birth canal.

The photo was taken by US birth photographer Hannah Spencer, who describes her aesthetic on her website as “real-shit birth imagery.”

“This photograph powerfully tells a story of the beautiful, emotional moment when your baby latches on to the breast for the first time. I love the mother’s left hand, protectively cradling her baby, and her gaze, loving and observant as she assesses her baby’s latch. I love the baby’s wrinkly newborn skin and little tushy (how could you not?). I love that this photo celebrates a beautiful Black mother and her baby.”

In 2020, for such a sweet moment to be cover-worthy shouldn’t be such a big deal, and yet it is.

Just last year, it was reported that women still find themselves humiliated for pumping milk at work, asked to cover up while breastfeeding and ordered to leave a public swimming pool because they were nursing.

As recently as 2015, images of women breastfeeding were still banned from Facebook and Instagram. That same year, across North America, mums reported being kicked out of doctors’ offices, airplanes, locker rooms, restaurants, change rooms, churches, post offices and even an airplane bathroom, for daring to breastfeed their infants in these spaces.

Even though the right to nurse anywhere is protected by the Canadian Charter of Rights and Freedoms, in a 2017 survey, 17 per cent of Canadian mums stated that they have still felt embarrassed while nursing in public. Meanwhile, in the U.S., some workers are still denied basic protections around the right to pump breastmilk at work.

However a parent nourishes their baby, they should be supported and respected. Fed is best. Mainstream media images like the cover of Today’s Parent will go a long way to helping smash dated taboos around breastfeeding and celebrate the beauty of the bond it can help to forge.

WATCH FOR MORE ABOUT BREASTFEEDING SUPPORT: