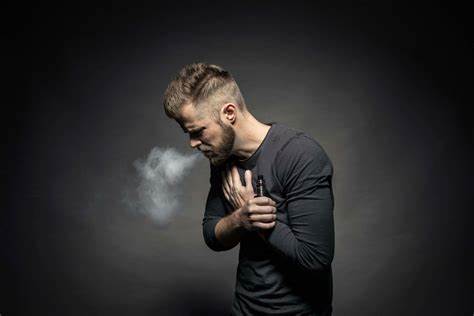 Media release – Australian Medical Association Tasmania, 1 October 2021 NEW VAPING LAWS WELCOMED WITH MORE NEEDED The new nicotine vaping laws, which come into effect today, are timely as the prevalence of harmful vaping rapidly increases in the community with growing evidence about the harms of e-cigarettes to the health of vapers. AMA Tasmania […]

The new nicotine vaping laws, which come into effect today, are timely as the prevalence of harmful vaping rapidly increases in the community with growing evidence about the harms of e-cigarettes to the health of vapers.

AMA Tasmania remains opposed to the use of e-cigarettes and welcomes the strong position being taken by the state government to restrict the availability of vaping products in Tasmania as supporting measures to reduce smoking and vaping in our community. But AMA Tasmania spokesperson Dr Annette Barratt say, “much more needs to be done to protect and support the community and the GP.

We know that nicotine-containing vaping products will only be accessed via a prescription from a doctor under these new rules. Let’s be very clear vaping is not the risk-free version of smoking that some would have us believe. It is addictive and associated with proven harms to a person’s health.  E-cigarettes are simply a potentially deadly substitute for cigarette smoking.

The Royal Australian College of General Practitioners has released best practice guidelines to support GPs if smokers and nicotine vapers approach them to prescribe these products for cessation, including a three-month recommendation per prescription. However, AMA Tasmania wants to see this go one step further in the form of a QUIT Health Plan, not unlike the managed support provided by GPs and psychologists through a Mental Health Treatment Plan.

Ultimately this QUIT plan would feature a definitive timeline of no more than twelve months with clear guidelines for stepwise reduction of nicotine levels and a patient contract that cessation is the goal of the prescription. The plan would be used to help patients quit smoking utilising all evidence-based methods for smoking cessation that currently exist, such as behavioural counselling, regular visits with the GP, nicotine replacement therapy, and some prescription medicines with nicotine vaping products prescribed in incrementally reducing amounts of nicotine as a last resort only.

AMA Tasmania is concerned that tobacco companies are creating a new generation of nicotine addicts by targeting young people with e-cigarettes through flavourings and the normalising of vaping, and we call on the TGA to develop a robust clinical framework for the use of vaping as a cessation tool.

There are proven evidence-based methods to help people stop smoking. There is no evidence that vaping is a safe method or a successful method to assist people to quit smoking and vaping.

Many GPs are refusing to prescribe vaping products, which they know will harm their patients.

The message is simple: Vaping is not safe. However, doctors stand ready to assist nicotine-dependent people.