An animal processor in the United States has found an artefact almost 6000-years-old inside the stomach of an alligator while dissecting it.

An animal processor in the United States has found an artefact almost 6000-years-old inside the stomach of an 340 kilogram alligator.

Mississippi based deer processor Shane Smith, owner of Red Antler Processing, decided to take a look inside the dead alligator's stomach after hearing reports that other processors had found interesting objects inside the creatures' bodies. 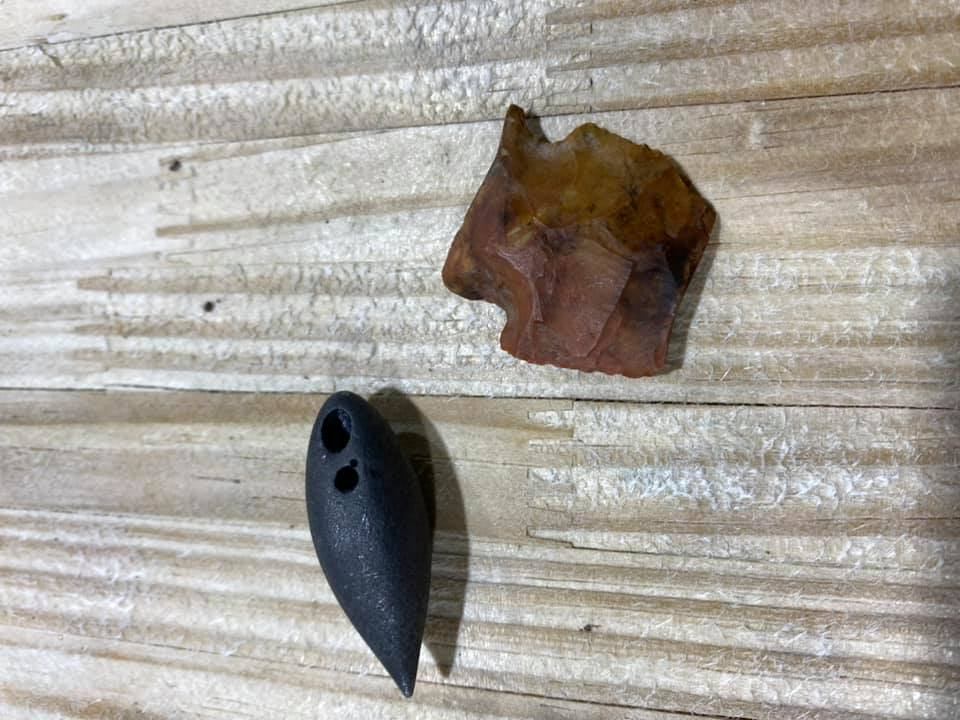 After having the objects examined by a geologist, they were revealed to be between 5000 and 6000 years old.

Mr Smith initially suspected that somebody shot the beast with the arrow, but the plummet - a heavy stone primarily used to weigh down fishing nets - made him realise the objects were something more special, and the gator likely swallowed them mistaking them for food.

"At first, I thought 'I'm not posting this on Facebook,' because no one will believe it," Mr Smith told the Mississippi Clarion Ledger.

However, he soon realise that the find was "too cool not to post".

After even more research by geologists, it was discovered that the apparent arrowhead wasn't an arrowhead at all, in fact, the object is like an early human weapon that launches a spear.

The object most likely had a "cup" on one end to act as a lever, similar to a catapult, according to geologists.

The plummet dates to around 4000-year-old.

An animal processor is a person who facilities packaging, storing and handling of dead animals for human use.

READ:  Outbreak fears after cluster on flight to UK