NZ Post confirmed uniforms were stolen during a break-in at one of its depots in east Auckland on April 25 – three days before the CCTV video was shot.

It's understood one of the items was a gift intended to be used in a kindergarten fundraiser. The CCTV footage was recorded at the Onehunga apartments just before 3pm on Wednesday, a resident said.

A police spokesman confirmed they'd received a report relating to the apartment theft last night, and police were looking to speak to the two women in the video.

"If members of the public know those involved, they can provide information to police by calling 105 and quoting the file number 210429/3091."

NZ Post told Stuff the company was working with police as it investigated the recent break-in and theft of courier uniforms and mail.

The police were unable to confirm whether the matters were linked, but a spokesman said it had been reported that two women were seen leaving the burgled depot.

"Police are making enquiries into a burglary at a commercial facility on Ben Lomond Crescent, which occurred just after 5pm on 25th April," the police spokesman said.

"Police are aware of a number of packages that have been reported missing from the building."

NZ Post's chief operating officer Brendon Main said: "We are extremely disappointed to learn of this incident involving the offenders disguising themselves as NZ Post workers in order to commit theft at one of our depots."

READ:  Senate must block trickle-down tax cuts that deliver for millionaires while leaving millions behind

"They appear to be wearing NZ Post uniform however we are confident they are not NZ Post staff or contractors," he said.

"We want to assure our customers we have controls and processes in place regarding the supply of our uniforms to our staff and contractors."

Video of the theft was supplied to Stuff by a resident of the apartments on the condition the specific location was not identified. 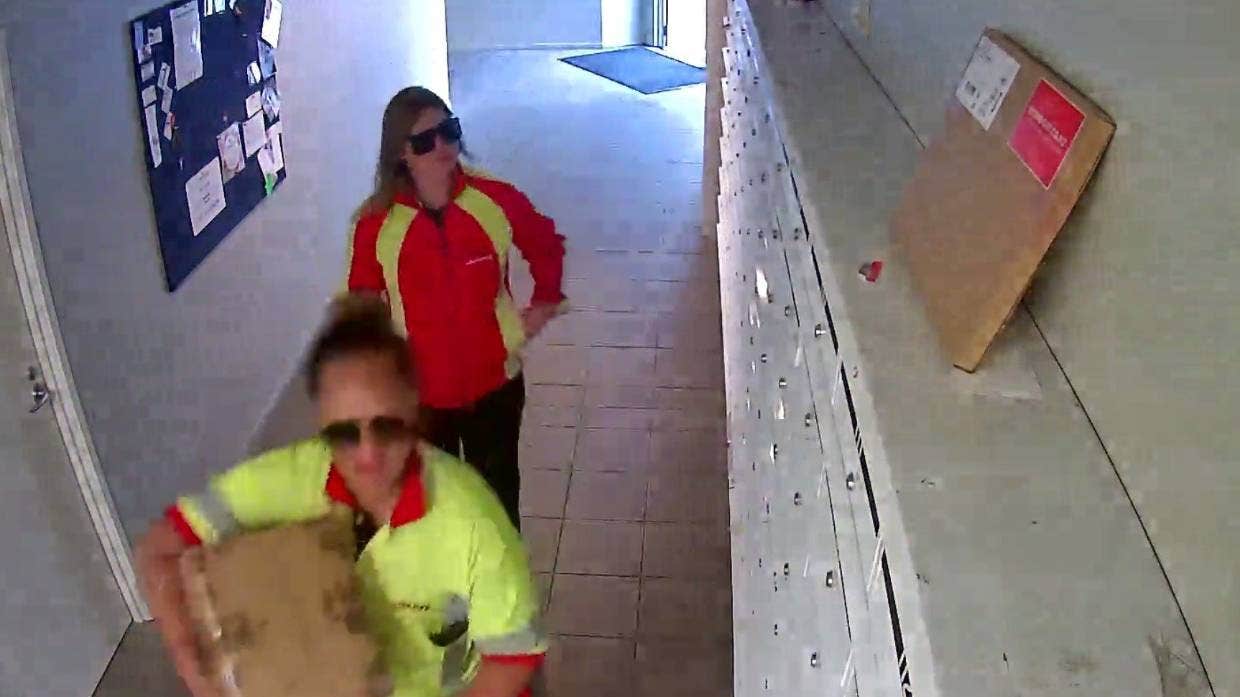 One of the residents who had a parcel stolen, who asked only to be identified by her first name, Megan, said it was understood another tenant allowed the women in after noticing their uniforms.

Megan's parcel was the larger of the two shown in the video. It was a box of cosmetic products gifted to her from a company for use in a kindergarten fundraiser, she said.

The products were intended for a Mother's Day function where children would be able to give their mums a makeover. Some products were also intended to be raffled off to raise money for the not-for-profit kindergarten, Megan said.

The parcel was delivered to her home because the school holidays meant the school was shut.

"It's not me who misses out, it's the children I look after every day. That's the saddest thing about it."

She said the thieves couldn't know the impact their actions would have on their victims, as they had no idea what was inside the parcel.

Megan said the property manager had taken her parcel and placed it on the shelf before notifying her it had arrived.

"Literally 20 minutes before they stole it, he had texted me to say it was waiting for me to collect.

"I turned up to collect it, and he was like – 'have you actually collected it?' I said no, and he said he had video footage of them stealing some stuff."

The video shows two parcels being taken, but the building manager told Megan there were more stolen. 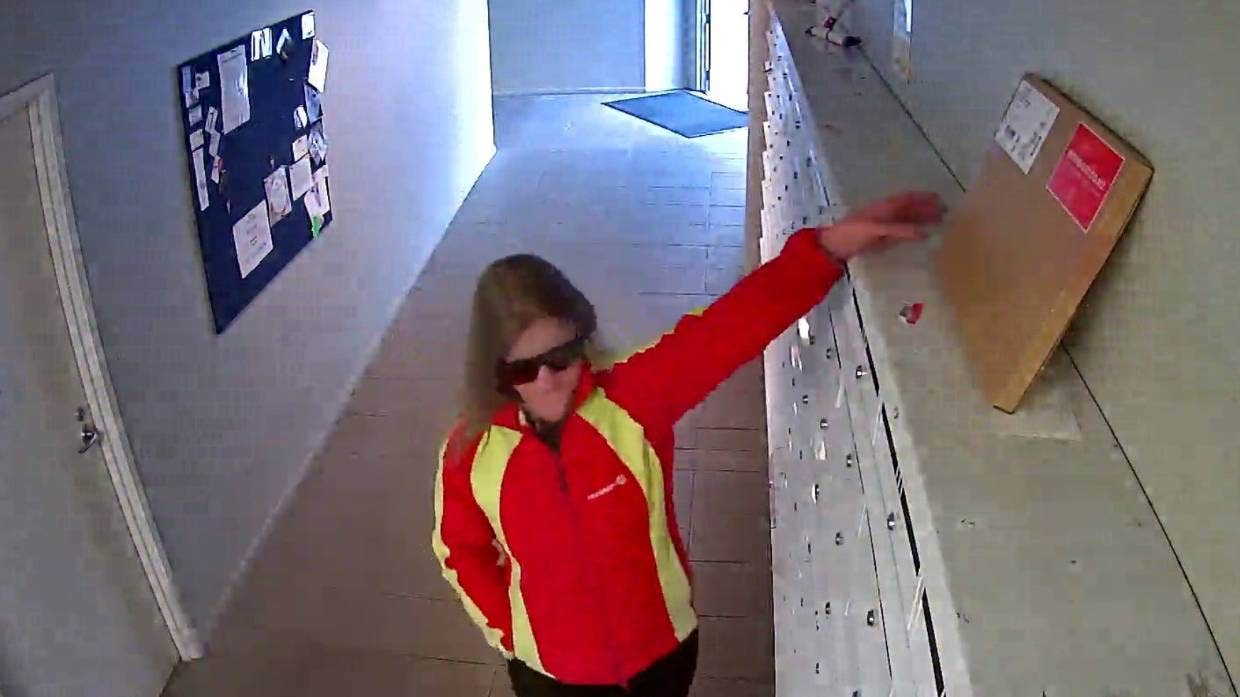 Megan posted the clip on a local Facebook group. One comment on the video was from a man claiming he had caught the same pair attempting to steal a parcel from a home in Royal Oak.

A police spokesman said they were aware of footage circulating on social media.

A report has been filed regarding the Onehunga thefts and police will be following up.

This article originally appeared on Stuff and has been republished with permission.