The head of an alleged Ponzi scheme reportedly linked to top Australian athletes has told the Federal Court he hasn’t lost any money, it just needs to be found.

The director of an alleged Ponzi scheme used investors' money to fly his family on a private jet to Sydney, where his stepdaughter had a breast enlargement.

Ken Grace told the Federal Court in Brisbane on Wednesday he spent $17,000 from the Goldsky hedge fund to fly his family from the Gold Coast to Sydney.

The admission came while the lawyer for the liquidators of Goldsky quizzed him about transactions he made from the hedge fund account. Late in the day Mr Grace's stepdaughter Zoe Marzine was asked why the family was flown to Sydney.

She said one of the reasons they were there was for her to have a breast enlargement.

Ms Marzine, who worked for her stepfather for five years, said the family flew back to the Gold Coast on the private jet, and one of her friends was on at least one of the flights.

During the second day of public examination, Mr Grace was asked how he used his clients' money to invest.

He told the court investors deposited money into Goldsky before he transferred it into his personal bank account and then invested it.

He said he never told clients he was moving their money into his personal account.

The court heard of the large amounts of money being moved between the Goldsky fund and Mr Grace's personal bank account in the final months of the company.

About $3 million was deposited into his account from the hedge fund in late September 2018 prior to the company going into receivership.

READ:  Doubling down on dine and discover

After initially stating he believed the money was used for trading, Mr Grace said he didn't know what happened to the money after the lawyer pointed out he believed he had only traded $1.8 million in the company's final two years.

Mr Grace said he had a poor memory due to his abuse of alcohol and the medication he is now taking.

At least $24 million is still unaccounted for since Goldsky's collapse in 2018. 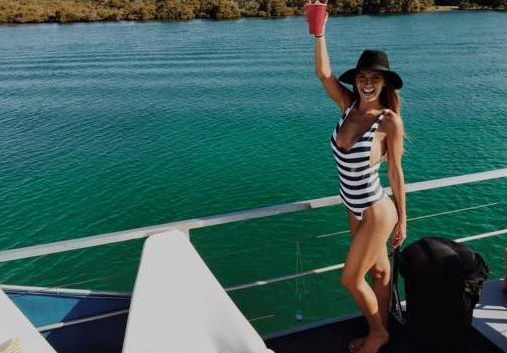 Mr Grace said he was the victim of a cyber crime and accused the liquidators of not trying hard enough to find the cash.

He also accused them of protecting key witnesses, including investor Matthew Skene.

Mr Grace told the court he believed Mr Skene, or a syndicate associated with him, conspired to steal investors' money from his personal bank account.

However, the liquidators grilled Grace on Wednesday about what evidence he had to back up this claim.

Mr Grace said he believed unsolicited transactions from that account could determine where millions of dollars in investors' money went.

The liquidators labelled this analysis as "nonsense".

Mr Skene and two other investors are expected to give evidence on Thursday.