The dangerous pursuit of the car and caravan at the SA-WA border was caught on video.

A woman has been refused bail after allegedly ramming a police car while trying to escape a checkpoint while towing a caravan on the South Australia-Western Australia border.

Police say the 47-year-old was driving a Volvo wagon and towing a caravan when she approached the border check point on the Eyre Highway, just after 10am on August 23.

She allegedly continued driving after being flagged by officers to pull over so they could check the relevant quarantining and G2G approvals before being permitted entry. 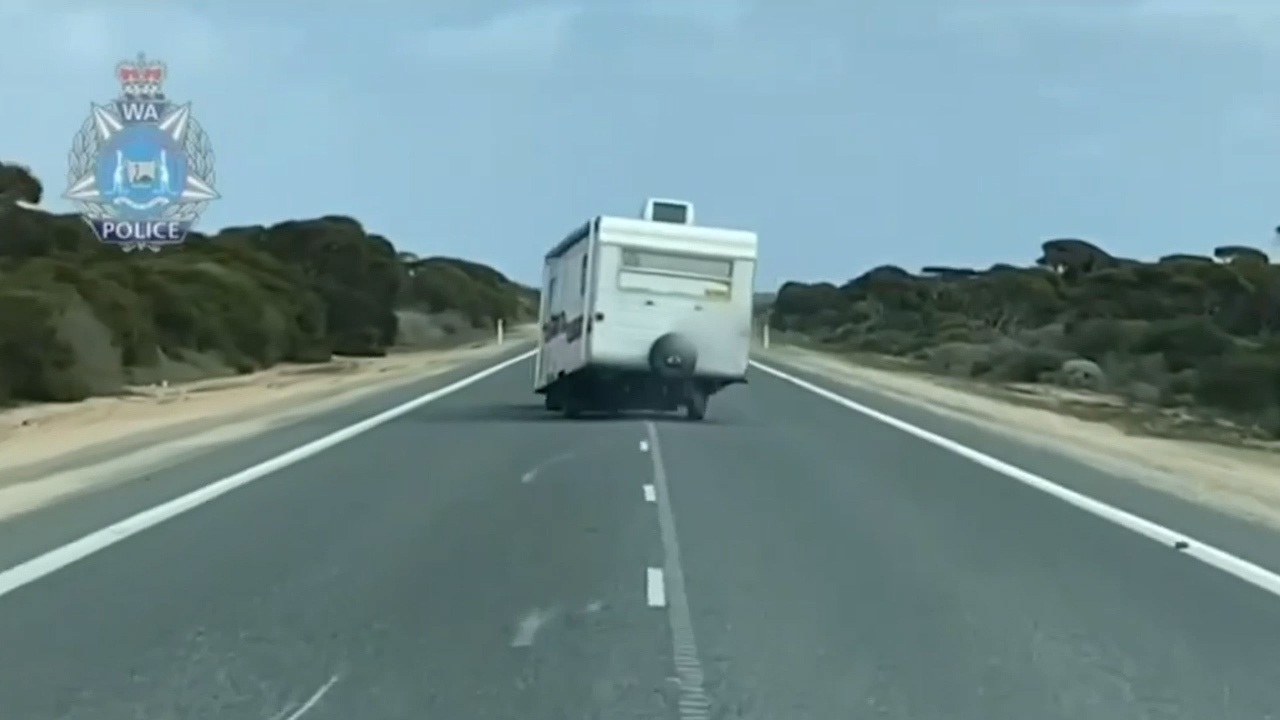 Officers initiated a pursuit and the woman allegedly accelerated, with police vehicle cameras showing the caravan swerve as the driver appeared to try and evade them.

Police also allege the woman then came to a stop further down the Eyre Highway where another marked vehicle had managed to pull in front of her.

As officers stepped out of the vehicle to approach hers, the woman then allegedly reversed - causing the caravan to connect with the rear police car before allegedly angling the Volvo at one of the officers on the road.

The pursuit continued and the caravan eventually dislodged, veering onto the wrong side of the road before rolling into the bush.

The woman then allegedly sped off again without the caravan in tow.

Police say the woman slowed again and began yelling at officers, opening the driver's door and lighting a substance from a jar before driving off again. 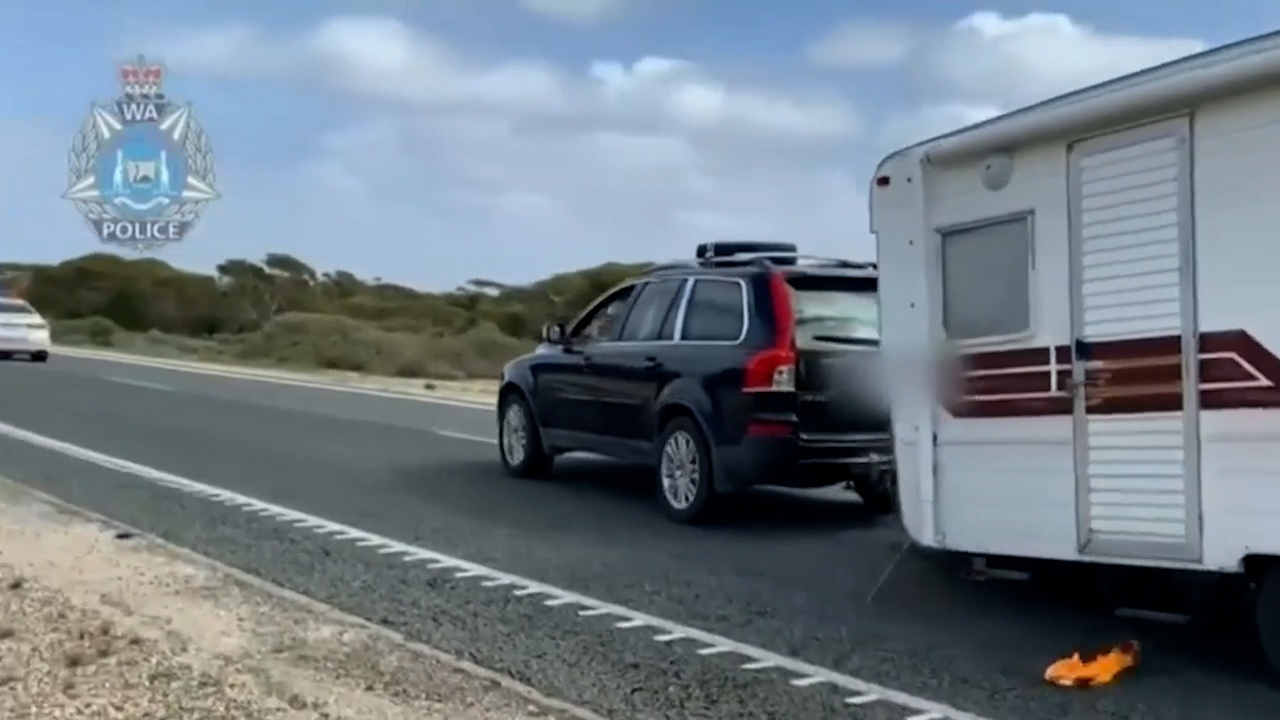 Police continued following the Volvo from a safe distance before the woman drove into a truck rest area about 40 minutes later.

Officers again pulled in behind the Volvo, when the woman allegedly again tried to reverse into the unmarked car.

Allegedly, the woman again took off before turning around and driving in an easterly direction towards Madura.

She was eventually arrested and taken into custody where she was charged with several offences including reckless driving to escape a police pursuit, failing to comply with police directions, endangering life, assault and unlawfully throwing a substance on a person.

She appeared at Kalgoorlie Magistrates Court yesterday where the judge refused bail ordering her to serve out her quarantine in custody.