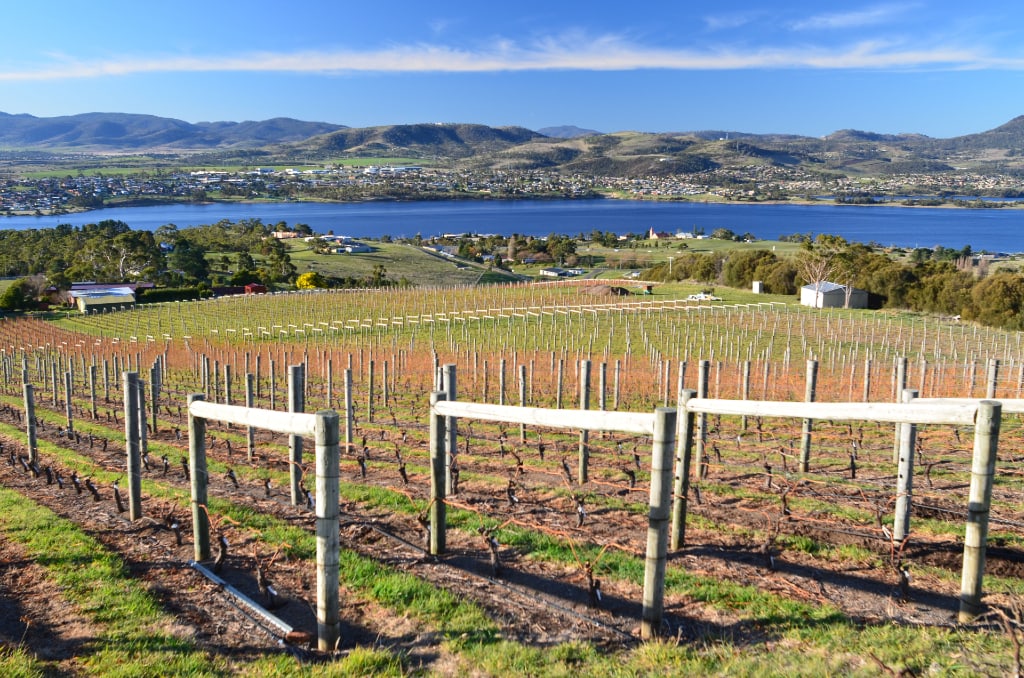 Tasmania’s cool climate wine industry may be small but one of its strengths is that many of its key players have a high degree of public accessibility. Drop by all but the largest of the State’s vineyard cellar doors and the chances are the hands that offer your tasting sample also grew the grapes and […]

The post All Aboard for Wine Weekends appeared first on Tasmanian Times.

Tasmania’s cool climate wine industry may be small but one of its strengths is that many of its key players have a high degree of public accessibility.

Drop by all but the largest of the State’s vineyard cellar doors and the chances are the hands that offer your tasting sample also grew the grapes and made the wine as well. Spend time with a grower or a maker and you will discover more about wine than you could ever learn from an online video or consumer wine publication.

And with a number of public events taking place in the State during the next month, there’s no time like the present to embark on a journey of Tasmanian wine enlightenment.

On February 29 and March 1, vineyards in southern and eastern Tasmania will hold their annual Open Vineyards Weekend. First held two decades ago, this event sees producers in a variety of locations pouring special wines for cellar door visitors. Foremost among them will be vineyards in the Coal River Valley, Derwent Valley, Huon Valley/D’Entrecasteaux Channel and along Tasmania’s East Coast.

For little-known producers like Quiet Mutiny’s Greer Carland, the Open Vineyards Weekend is an important, one-off event. Many taking part are sole operators, or are small-scale, family-owned businesses. Similarly, many do not have the wherewithal to build and run a financially viable vineyard cellar door alongside equally challenging winegrowing, winemaking and wine marketing activities. They’re also likely to have very limited wine production, ruling them out of conventional cellar door sales conducted over 52 weeks of the year.

“The weekend will be a fantastic opportunity to get out and about and discover the first-class wines we produce here in Tasmania,” Carland explains. 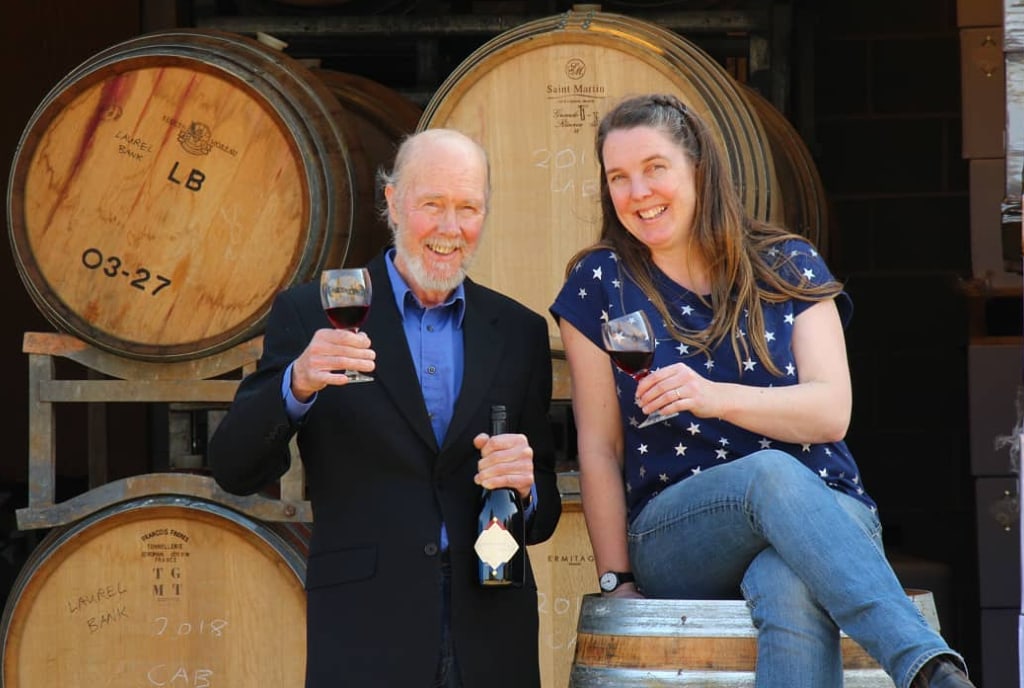 A former contract winemaker who began making wines in her own business only four years ago, Carland was named among Australia’s top Young Guns of Wine in 2019. She says pruning vines and driving a tractor were all part of growing up at Laurel Bank. The 3.5ha Derwent Valley vineyard was established in 1986 by her parents Laurel and Kerry Carland. Next weekend will see the University of Adelaide oenology graduate pouring Quiet Mutiny wines alongside her father at the family’s picturesque property overlooking Granton, 20km north of Hobart.

“There are quite a few producers like Mum and Dad who are only opening their doors for this one event this year,” Carland continues.

“Many will offer back vintages and limited release wines that you just don’t normally get to try and buy. Others will be providing food and music, or offering special guided tours of their vineyards.”

While there’s no doubting Laurel Bank and Quiet Mutiny have largely travelled under the radar since inception, both have enviable track records for wine quality. When Kerry Carland entered the Royal Hobart Wine Show for the first time back in 1995, his nine-year-old vineyard operation came away with the Trophy for Most Successful Tasmanian Exhibitor. Almost a quarter of a century later, the industry veteran was still winning gold at the 2019 Tasmanian Wine Show, thanks to the skill and creative talents of his daughter Greer. 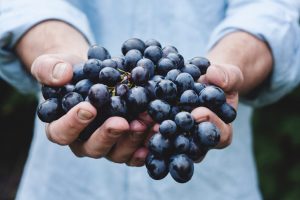 The self-described ‘mutineer winemaker’ says Quiet Mutiny was inspired by Australia’s first female pirate, Charlotte Badger. Badger was a convicted housebreaker who led an audacious and successful convict mutiny in northern Tasmania in 1806. After setting sail for new horizons aboard the Venus, she later became one of the first European women to settle in New Zealand.

“Going my own way after 20 years of paid winemaking employment is a bold and rebellious response to sensible decision-making, but I’m willing to give it a go,” Carland muses.

This weekend, February 22-23, sees the inaugural Tasmanian Wine Festival being conducted at Hobart’s iconic Royal Tasmanian Botanical Gardens. The outdoor event will showcase top wines from more than 20 participating vineyards. Among them will be a handful of well-respected producers from the north of the State, including Apogee, Grey Sands, Pirie, Tamar Ridge and The Ridge North Lilydale.

One of its more unusual attractions will be a 1926 Chevrolet truck, which has been converted into a wine bar by Milford Vineyard proprietor Clive Ockenden. Restored to immaculate condition after being left in a shed for 50 years, the vehicle carries Dr Benjafield signage in honour of Ockenden’s late grandfather.

Festival patrons can sample as many as ten local food options along with their Tasmanian wine purchases. Local and interstate live music and entertainment will add further flavour to the event. Tickets are priced from $25 for each 4-hour afternoon and evening session Saturday; from $25 per 5-hour afternoon session on Sunday. See www.taswinefest.com.au

Viticulture at Grey Sands in the State’s north shows strong Northern Hemisphere influences, thanks to European work and travel experiences of owners Rita and Bob Richter in the early 1980s. Contract winemaker Penny Jones created this French-inspired dry white from Pinot Noir grapes. The wine is all about weight, texture and food-friendliness. It’s not a wine show pony. It’s more Clydesdale really – big, powerful, yet somehow gentle and very well mannered. Complexity is in the eye of the beholder, so avert your gaze if you’re looking for a wine that doesn’t make you ponder its expression and uniqueness. www.greysands.com.au

Southern Tasmania’s Derwent Valley is a great place for growing Chardonnay. The high quality, 2017 vintage provided a real treat for Granton neighbours Stefano Lubiana Wines and Derwent Estate. Both made memorable wines, with the latter dazzling judges at the 2020 Tasmanian Wine Show with gold medal and Best Chardonnay trophy performances. Winemaker John Schuts has done a fine job crafting this stylish barrel-fermented middleweight, and it already drinks very well indeed despite its undeniable potential for ageing gracefully in the cellar. www.derwentestate.com.au

Quiet Mutiny winemaker Greer Carland may have demonstrated some rebelliousness in forming her own business in 2016 but she didn’t break any rules or conventions in creating this handsome Pinot Noir from Coal River Valley resources. The wine displays plenty of colour, dark cherry flavour and fine ripe tannins, reflecting both its Tasmanian pinosity and Carland’s vintage experiences in Burgundy and the Rhone Valley in the early 2000s. Very smart – a trophy and gold medal winner featuring award-nominated graphic design. www.quietmutiny.wine

The post All Aboard for Wine Weekends appeared first on Tasmanian Times.