Alicia Silverstone marked the 25th anniversary of “Clueless” by recalling her time on set with her late co-star Brittany Murphy. In a Vogue interview published Monday, the Golden Globe-nominated actor spoke at length about th…

Alicia Silverstone marked the 25th anniversary of “Clueless” by recalling her time on set with her late co-star Brittany Murphy.

In a Vogue interview published Monday, the Golden Globe-nominated actor spoke at length about the seminal 1995 comedy. As for Murphy, she said, “I just remember thinking she was so great for the part.”

“I can’t remember how many girls came in to audition for Tai that day and I don’t know if I saw a few girls for it or just her, but I remember Brittany being really adorable,” said Silverstone, who played spoiled Beverly Hills teen Cher Horowitz to Murphy’s Tai Frasier, a new girl in town.

“She’s so good at the little accent because she had one already, but I think she just pushed it to new heights. I found her so wonderful and I said to [director Amy Heckerling] right away, ‘I think she’s the one! She was the best one, you guys!’ hoping they would agree. She was like, ‘Uh yeah duh. Of course she was the best, she’s the one.’”

Silverstone, now 43, said she and Murphy had a unique bond as they were the only two actors playing teens in “Clueless” who were actual teens at the time of filming. 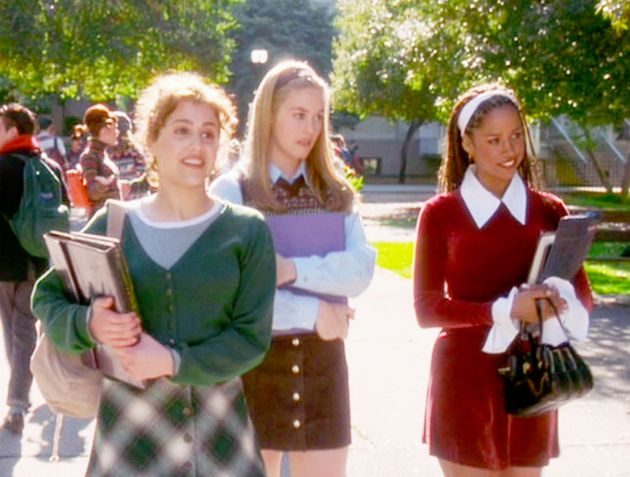 “I remember her mom was on set a lot,” Silverstone told Vogue. “I brought my mom around a little bit and we would all spend time together. But I don’t think we had any intellectual idea about us being up-and-comers in a big movie because we didn’t know we were in a big movie. Maybe other people knew, but I was so innocent and never really paying attention to career stuff at all. I was just doing another job.”

Murphy, who would later star in “Girl, Interrupted” and “8 Mile,” died in 2009 at age 32. Medical examiners said her death was caused by a combination of pneumonia, an iron deficiency and “multiple drug intoxication.”

Murphy’s star-making performance is one of the many factors that contributed to the lasting legacy of “Clueless,” which first hit theaters July 19, 1995. The film remains an intergenerational touchstone and helped pave the way for later hits like “Mean Girls” and “Legally Blonde.”

Silverstone returned to television this month in Netflix’s acclaimed reboot of “The Baby-Sitters Club.” She told Vogue she’s “always amazed” by the cultural longevity of “Clueless,” noting that the film “never gets old.”

“It’s incredible that so many people love this film and not only continue to love it but continue to rediscover it,” she said. “So many moms who were my age when it came out are so excited to show it to their sons and daughters now.”