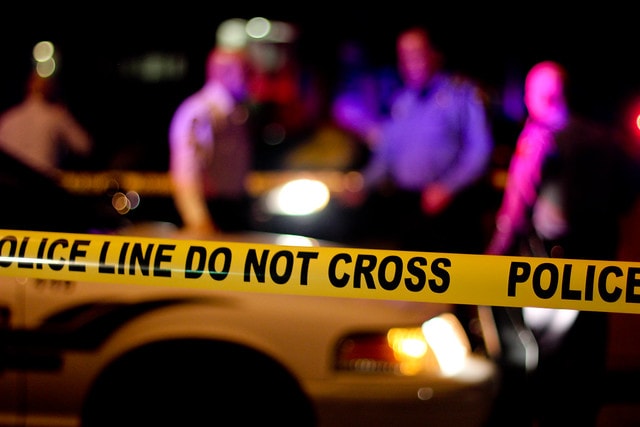 An ‘animal of no particular species was responsible’, says the patrolman. But the secret’s out.

Part 1: Alberto Drops In To Save The World.

Alberto existed somewhere, and now he’s back in lutruwita. Apart from the quantum jump having made him terribly hungry, he just might have to save humankind.

Part 2: Alberto Drops In To Save The World.

As if being an extinct species wasn’t enough, Alberto has to come to terms with the modern world. And being a pretend dog.

Part 3: Alberto Drops In To Save The World.

A foray into the heart of nipaluna doesn’t go quite as planned.

He ran along streets and down alleys, he jumped over fences and sleeping garden hoses, he ran as if chased by the shrouds of the aurora borealis, he ran past empty shops and empty restaurants and empty lives of empty people staring at their walls of emptiness, he ran and ran, he ran like his cousin purinina chasing a free lunch, he ran for all he’d ever had and ever been, he ran like four-legged animals can and two-legged ones only dream of, he ran past recycling night bins full of old papers caught in coronavirus-cleanouts including ‘Cable Car Project To Remake Hobart’ headlines screaming from 1992, he ran like the south wind became his spirit and he hers, he ran and ran and ran.

He didn’t run very far at all because he’d become confused, but let’s not go on about that because it would severely embarrass him.

Alberto flopped with exhaustion over a stubby fence into a quiet corner of a suburban garden and nestled into a pile of leaf.

The thylacine listened hard. He could barely hear above the thumping of his heart but the voice was a little familiar.

A snout came snuffling and slipped into the beginnings of a low growl.

Alberto remembered that the only way to deal with dogs was be more aggressive than they were. He opened his jaws wider than the horizon and flashed his sharpest teeth, then countered the growl with one even lower in pitch that rattled the dog’s senses to their core.

Elmo backed out with a tiny yelp and found something suddenly very interesting back inside the house, racing past the man in the wooden deck chair clutching a bumper of whisky and skittering through the door.

“And your usual address.”

Zach did so. It was a small room with one mirrored window. No reason for it to be much bigger, he supposed. He sat on a chair opposite the policeman, who was still rubbing his eyes.

“Why were you out and about, after midnight, in breach of public health guidelines?”

“Uh, for exercise. As I said, we were going to go for a walk. My dog likes the riverside, so-”

“Dog? You’re claiming that was a dog?”

“Of course sir,” said Zach in his best officialese. He had a few moments to think about how to do this. If there was video, from a dashcam, it would either show Alberto or not. If it did, there would be no reason for them police to release it and create a panic. And if it didn’t show anything, nothing to release either.

Need to get back in control of this, he thought. Me punching the numbers, not them punching me.

“I’ve been told he’s some kind of weimaraner-labrador,” he said carefully.

“Not a great specimen, mind you, but there it is.”

Di Loreto drew a long breath into his burly frame. Years on the force prepares you for a lot of things…but not the idea that an extinct species has come back to life in front of your life. And the person who might know most about it doesn’t seem on board.

“I’ve been working from home. I do a few garden chores each day to break up the monotony. Today I was cleaning the barbecue.”

He let that hang there.

“My dog must have been rolling on it. Dogs will be dogs,” he shrugged.

The policeman sat in silence, hoping Zach would fill it.

“You’ll be charged with breaching an order of the Director of Public Health. And with failure to control an animal.”

“Meanwhile we will be reviewing what footage we have,” he said has he glared at the suspect, “and taking a statement from Officer MacLairy. Further charges may be laid. For now, you can remain here while I prepare the paperwork.”

“Then you’ll have to sign it, and I’ll take you to front desk and you can retrieve your belongings. You’ll need to go straight home otherwise you’ll be liable to another charge. Is that clear?”

Zach indicated that it was.

He let that hang there.

Brookes took a long draught of his whisky and burped.

“Cunning little bugger aren’t ya?” he slurred towards the corner of the garden where Alberto was hiding under a bush.

“Or maybe I should shay, sould shay, sould say, arrr fuckit I’m not good at how to say today. I mean, you must be something with bigger teeth than a possum or Elmo the wonder dog would have had ya. I tell ya.”

Alberto had good night vision and could see Brookes clearly through the trees. He was alone, dressed in what looked like the suit he’d been wearing when he made the announced. Minus the tie and a fair bit of hevelled by the look of it.

“Arrh ya don’t wanna talk to me either, do ya? Just like the missus. Arrh. It’s orright. No-one’s talking to me any more. That’s the way it goes, ay?”

He tapped his glass on the table as if ordering another one for himself. “Just a wee dram for Uncle Byron,” he said as he filled the glass to the top.

His attention drifted away. Alberto appreciated the rest. But he was wary about spending the night there. That would mean trying to get home in daylight, or spending the whole day there waiting for nightfall. Who knows if Elmo might be braver in daylight? Or if there were other animals in the house? Or if ‘the missus’ would come out into the garden?

What shall we do with a drunk in New Town?

What shall we do with a drunk in New Town?

What shall we do with a drunk in New Town

Let’s just say that if thylacines had the kind of paws that would adequately cover their ears, Alberto would have done so.

Hoo-ray and up yer Talbot

Hoo-ray and up yer Kmart

Hoo-ray and up yer Main Road

He winced. What is with these people and their shitty ditties? he thought. Then he remembered his own singing in Zach’s bike box and grunted.

Maybe, when Brookes was distracted he should just make a run for it? Grab that nice smelling bit of cold food on the table and run for it?

Brookes had pulled a chunk out of meat of the freezer to defrost overnight, for Elmo’s dinner tomorrow. It was sitting in a dented silver bowl on the table in front of him.

Feed him some meat in a silver bo-owl he sang.

Next bloody line has to rhyme with bo-owl

Then it came to his as he watched a bead of water roll down the side of the slab.

Dump him from the party ‘cos he’s gettin’ o-old

Early in the morning!

“How old do you think I am?” asked Inspector Sell after Sergeant Mark Di Loreto had taken a seat in office.

Don Sell leaned over the desk and glared.

“Have a guess, Sergeant.”

Di Loreto was stalling. He looked around as there was final buzzer or something, but there was just the hum of a small laptop on Sell’s desk.

“So I’ve probably been in the force 25 years. Or more. As per your estimate. Would that not be plausible?”

Di Loreto nodded like a trapped animal agreeing the cage be moved a metre.

“And let me tell you this…I’ll tell you this for free…I might have accumulated a little bit of a nose for bullshit in my time as po-lice officer.”

The floor? Nope, not swallowing anyone up. But Di Loreto could hope.

“So when one of my officers is injured in the line of duty, and her partner submits an official report, and that report says that the injury was inflicted by…” – he paused a little dramatically and peered at the laptop – “…inflicted by and I quote ‘an animal of no particular species’, I am inclined to ask myself, yes I am inclined to say ‘Well, well, Donald Sell…WHAT THE UNHOLY FUCK IS AN ANIMAL OF NO PARTICULAR SPECIES’?!”

“I…I wasn’t certain, sir,” said Di Loreto. “I thought perhaps the video footage might clarify that, or other forensics from the scene.”

“Did you,” said Sell sarcastically. “I can tell you also, I can tell you now, that the video only caught a vague blur in the corner of the recording due to the way the patrol car was angled. Were you not taught to station your vehicle, of which you were the driver, in such a position as to face the scene you were intercepting?”

“I was. Sir, Completely my fault.”

“It also appears,” continued Sell, pecking at a few keys with his bony fingers, “that the wound suffered by Constable Fraser was more of a light slash than a puncture, and we don’t therefore have any puncture pattern that would identify the animal,”

“Perhaps my partner would be better placed to give an opinion?” suggested Di Loreto,

“Your partner is still sedated, sunshine. But don’t worry, we’ll ask her. Meanwhile, the radio operator who took the call has played me the recording of your call.”

Di Loreto looked up. He knew where this was heading. It’s one thing to respond in the heat of the moment. Another thing to repeat afterwards and become a laughing stock forever more. Sell stabbed the keyboard and played the recording.

“Possible thylacine attack. Is that what you said? Because that’s what it sounds like.”

Sell considered this. He closed the laptop, very slowly.

“Pontville scenic track,” he repeated, turning over the words. “Just one more question if you please, Constable Di Loreto.”

“HAVE YOU EVER FUCKING BEEN TO PONTVILLE?!” Sell roared.

At the nipaluna Newsmonger, Gerry frowned at the screen. Where do you get an image of a thylacine sighting to go with an article? She’d gone with an old black and white sketch of a Tasmanian tiger attacking sheep.

This’ll have to do she thought as she hovered the mouse over the Publish button.

It’s been a long day. But you know what, you don’t often hear of an extinct species taking down a plod in the middle of a pandemic. This sounds weird even by our standards, she reflected. But that’s what I heard on the police radio channel.

The secret’s out, and Alberto is on the run! Join Alberto and Zach’s coronavirus adventure in Part 5 of Alberto Drops In To Save The World next weekend.