A US woman was not allowed to stay on an American Airlines flight with her two-year-old son because he would not wear a mask, stoking a discussion about how to balance compassion with rules designed to keep others safe.

In an Instagram post, Rachel Starr Davis of Portsmouth said while she was boarding a plane in Charlotte, North Carolina, a flight attendant told her the airline's policy is that all passengers over the age of two must wear a covering over their nose and mouth, the Portsmouth Herald reported.

Ms Davis was flying with her mother and son to Manchester, New Hampshire, on Thursday, when her son refused to put on a mask, she wrote.

In her post, she said she "did everything I could while he was screaming and crying as I tried to hold him and put the mask on," but eventually, the flight's crew asked all of the passengers to get off the plane.

"The eyes of a mama-bear who just bawled her eyes out as she was forced off an airplane because her 2 year old wouldn't keep his mask on," she wrote next to her photo.

"Rather than get themselves any bad press by escorting a crying mom and two year old off the plane, they forced everyone to deplane, and wouldn't let us back on the flight home. Apparently before we got off the plane everyone who left before us lit up the crew in the gate area."

Ms Davis's post garnered over 180,000 likes and thousands of comments as some users on Instagram argued that the flight attendants were doing their jobs while others decried a lack of compassion for a mother travelling with a young child.

"Policies are enforced and approved face coverings are made available at key points throughout the customer journey," American Airlines spokeswoman Gianna Urgo told the newspaper.

"We've reached out to the family to learn more about their recent travel experience and to address their concerns."

Ms Davis said she had been contacted by American Airlines and said she wants an apology for how she was treated, the newspaper reported.

Ms Davis' experience is the latest example of how airlines are struggling to coax travellers back on board while enforcing new rules designed to keep their employees and others safe. 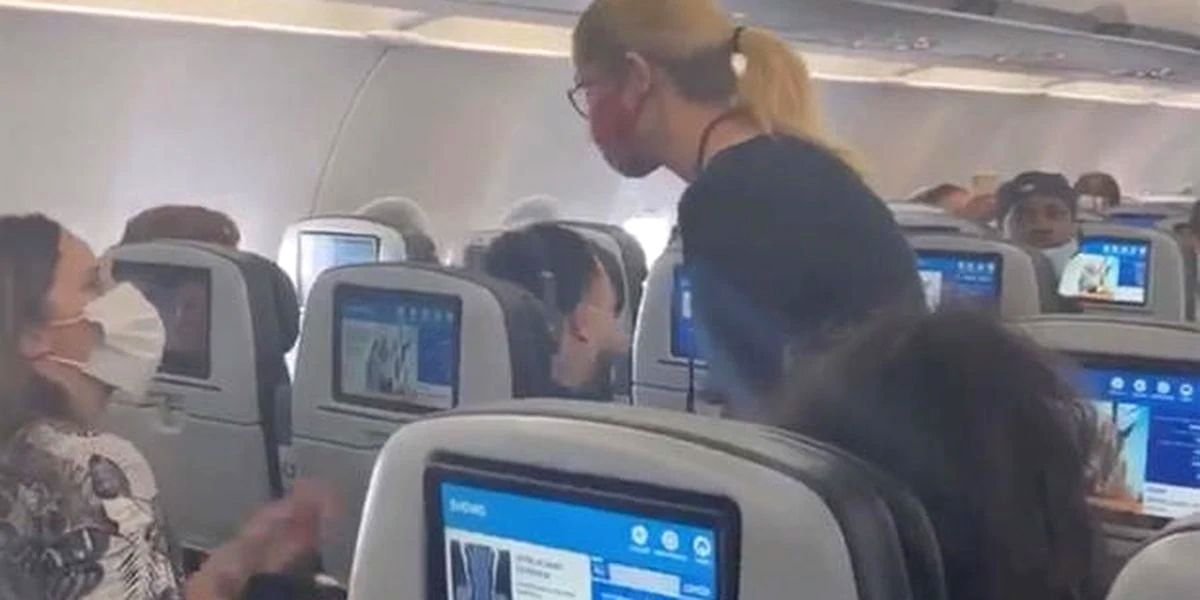 In August, another mother of a two-year-old and her other children were kicked off a flight in Florida as they were returning back to New York.

Videos of the mum, Chaya Bruck, speaking with a flight attendant before the plane took off have been shared widely on social media.

And earlier last week, another woman was asked to leave a flight because her two-year-old son would not immediately put his mask on correctly, NBC-2-TV reported.