A man has been flown to hospital after a serious crash on a freeway in Melbourne’s south-west.

A man has been flown to hospital after a serious crash on a freeway in Melbourne's south-west.

Emergency crews were called to the Princes Freeway near the Geelong police checkpoint out of metropolitan Melbourne, following reports a car and a truck collided about two kilometres before the Little River Road exit. 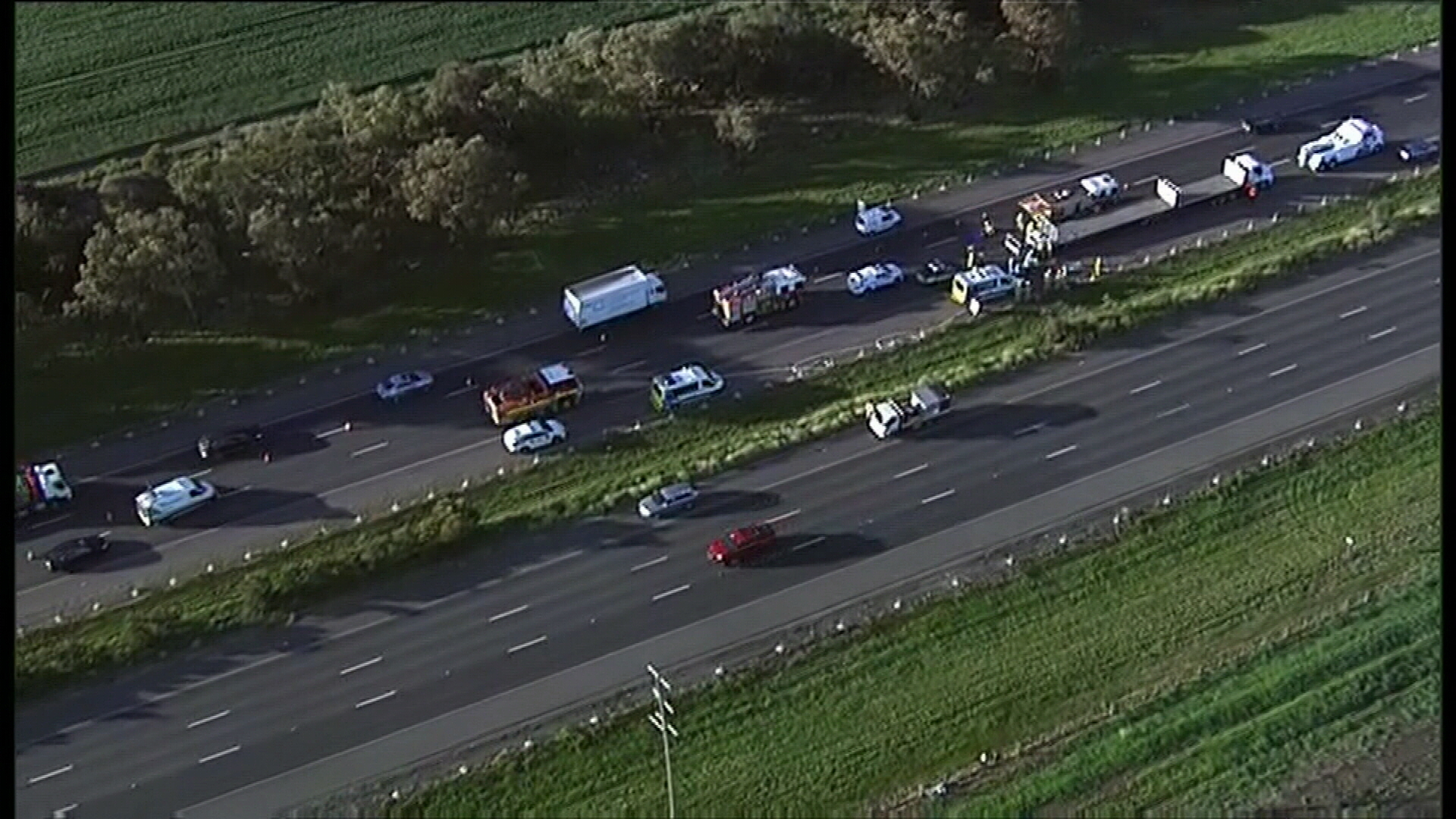 The man's condition is not yet known. He was airlifted to the Royal Melbourne Hospital.

Traffic is building on the freeway, with extensive delays heading into Geelong.

The freeway is expected to be closed for up to four hours.

Investigations are continuing at the scene, but the left lane is open with a reduced speed limit of 40km/h.

Motorists are urged to allow extra time for their essential travel.