A Queensland homeowner is likely sleeping with one eye open tonight after a massive snake skin was found hanging from their roof but with no sign of its owner.

A Queensland homeowner is likely sleeping with one eye open tonight after a massive snake skin was found hanging from their roof but with no sign of the serpent.

The Buderim local found the skin yesterday morning and was concerned the reptile might still be holed up in their roof, so they called their local snakecatcher for help.

Measuring close to four metres in length, video of the snake skin shows it caught in the gutter and stretching down onto the ground. 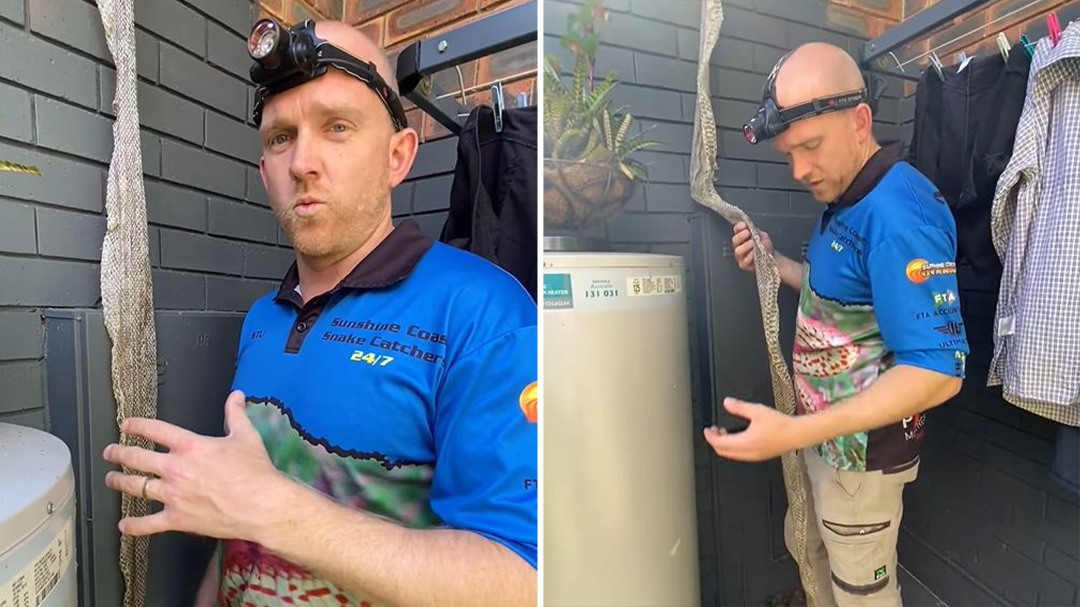 "This is from an absolute weapon of a carpet python and oh boy do I hope we find it," Sunshine Coast Snakecatchers 24/7's Stuart McKenzie said.

Mr McKenzie said it was one of the biggest skins he had ever seen and based on its position and the fact snakes usually shed from the face first, it was less likely it was still hiding in the roof.

Nevertheless, Mr McKenzie searched the roof cavity and checked the surrounding grounds, but was unable to locate the culprit.

"We haven't found that particular skin owner yet but if someone finds a skin similar to this situation, it means you have had a snake at some stage on the property and it is either curled up or on the move after shedding its skin," Mr McKenzie told nine.com.au. 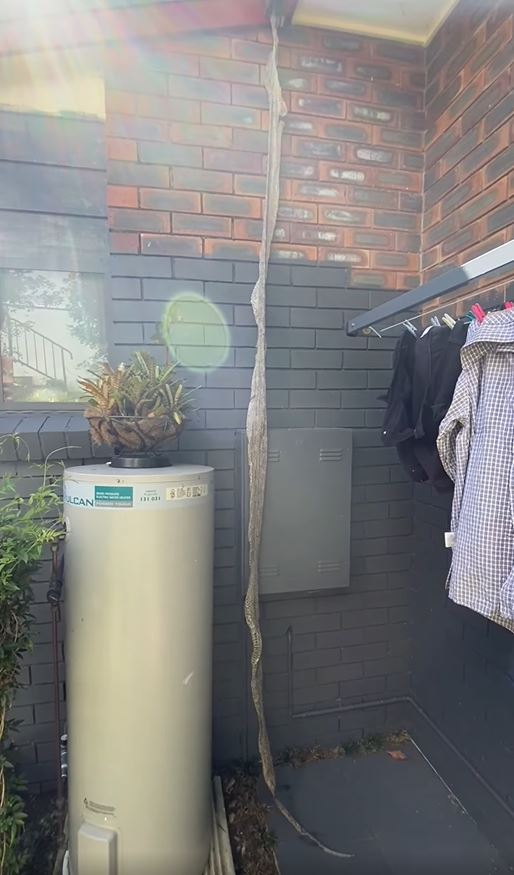 "It's just a big carpet python and they are not dangerous - they will just be after their next sleep or meal."

Mr McKenzie believes the snake is no longer a threat to the homeowner and it has likely ventured back into the surrounding bushland.

"We are going to put the call out for the 'Buderim Beast' and if anyone finds him give us a call straight away," he said.