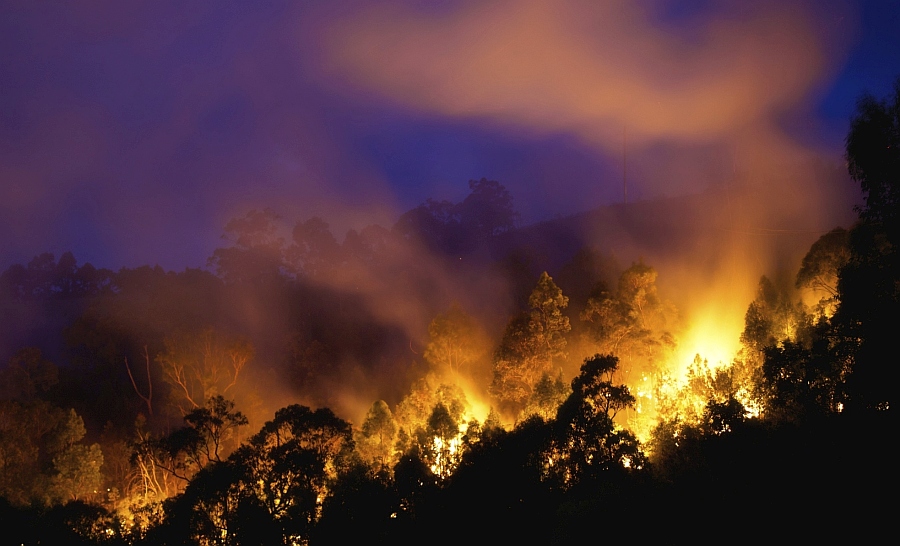 Liberal Senator Eric Abetz has been caught out making baseless insinuations against a University of Tasmanian scientist.

He made the claims after the Royal Commission into Natural Disaster Arrangements corrected its background paper on land management including the effect of logging activity on fire intensity. This noted the retraction of a University of Tasmania research paper, published in the journal Fire, that claimed forest harvesting makes forest more susceptible to bushfires.

“I had written to the Commission to alert them of the highly flawed paper by James Kirkpatrick et.al that was cited by the Royal Commission into National Natural Disaster Arrangements in its background paper Land management – hazard reduction: a literature review,” Abetz said.

He also asked the University to explain how the paper could be published with ‘fatal’ flaws and errors. “The University must also investigate if this research paper and the conflicts of interest constitute a breach of the University of Tasmania’s Responsible Conduct of Research Framework,” the Senator said.

The reasons for the paper’s retraction are well known, and were reported by Tasmanian Times on 31 August. In summary, after additional data was supplied: “During the reanalysis, a close examination of the data indicated that the outcomes were highly sensitive to variation in fire intensity in a low number of sites, indicating a need for a larger data set and complementary analyses using GIS techniques.”

READ:  Blue whale spotted off Sydney coast in only 'third time in 100 years'

The authors then contacted Fire journal to withdraw the paper.

UTas Research Associate Jen Sanger denied any relationship whatsoever with the BBF that would have compromised the research, and rejected the Senator’s insinuations that she is not a scientist of integrity.

“I started work with the Bob Brown Foundation a month ago,” she told TT. “This was quite a while after the research was started (Nov 2019) and published (May 2020). I have no connection at all to the Greens.”

“We received absolutely no funding for our study and we did not consult with any environment groups until after the study was accepted for publication.”

“It is important to note that forestry researchers often receive substantial funding from forestry, or in fact work for forestry organisations such as STT or VicForests- these researchers often publish articles which show forestry in a favourable light, yet they do not get criticised for it,” Sanger stated.

Prof Jamie Kirkpatrick, who co-authored the retracted study and is the most senior scientist among the researchers said at the time of the retraction: “We all make mistakes. I find it devastating to be part of.”

“I have written 333 refereed papers and this is the only one I have had to retract.”

Prof Alistair Smith, Fire’s editor-in-chief based at the University of Idaho, told Guardian Australia: “The retraction was made at the request of the authors of the original paper after they were alerted to an error. This is an excellent example of research integrity by the authors.”

Smith said science was driven by data and scientists showed their integrity when they retracted studies after being faced with data that countered conclusions. “This is what sets apart scientists from special interest groups. As such, all I can do is applaud the integrity of the authors as being of the highest standard,” he said.

Special interest groups such as the Australian Forest Products Association (AFPA) were quick to go on the attack over the bushfire link.

AFPA Chief Executive Ross Hampton said: “Activist academics have for years been using ‘bodgy’ research to attack sustainable forestry in Australia. It happens in many ways. A small sample can be wrongly extrapolated out to make sweeping statements about vast forest areas. Or coincidence and causality is deliberately blurred.”

However Prof David Lindenmayer, a forest ecologist at Australian National University who has researched the effects of logging on bushfire, said the “scientific consensus is actually the other way to what the industry is saying.”

He said forests that had regenerated from previous logging tended to be more dense. Logging and thinning operations also left flammable debris on the forest floor.

A series of studies, including some of his own, showed ‘unequivocally’ a link between forest flammability and logging, he added.

Yesterday The Guardian also reported that a veteran Australian forestry scientist has launched a blistering attack on his professional association after it used the retraction of the Fire paper to dismiss links between logging and increased bushfire risks.

In an open letter to the Institute of Foresters Australia seen by Guardian Australia, Dr John Dargavel said the institute’s reaction “damages our standing” and “demeans all foresters in the public eye.”

READ:  The Long-Term Effects Coronavirus May Have On The Body

Dargavel wrote: “We cannot afford to continue to present ourselves as a blustering, reactive, negative profession, when the heart of forestry offers positive hope for the future.”

He also said the attack on the university “is negative and repeats the carping, anti-academic tenor of several of the [institute’s] media statements of recent years.”

Neither Senator Abetz, nor fellow Tasmanian Liberal Senator Jonathan Duniam who is the federal Coalition’s Assistant Minister for Forestry and Fisheries, have any qualifications in forestry.