September 11, 2001 started off like any other on an overseas trip with the Prime Minister of Australia John Howard – with a morning walk.

September 11, 2001 in Washington: The day started off like any other on an overseas trip with the Prime Minister of Australia John Howard – with a morning walk.

No matter where Mr Howard was in the world and how many events were scheduled, his morning walk was set in stone.

And, if the PM walks, so does a cameraman or two to capture the event. 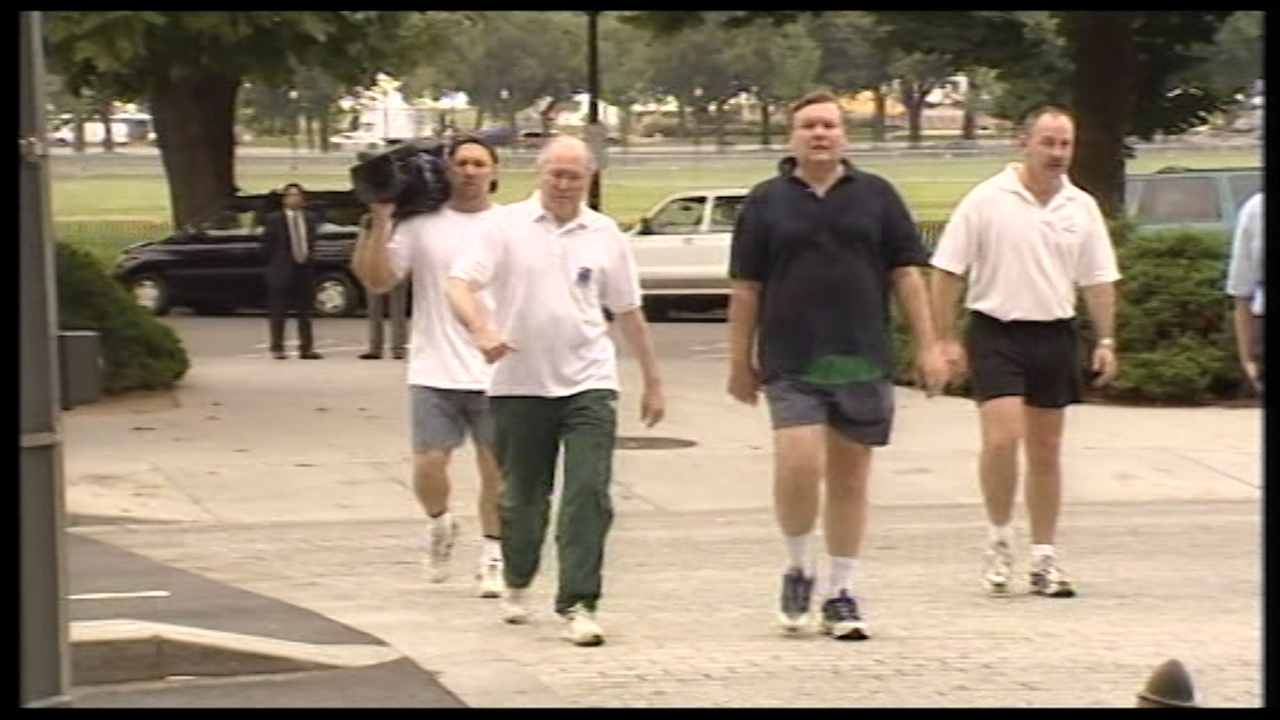 I was on the walk that day - as I had been on many occasions with John Howard - as chief cameraman for Channel 9 at Parliament House in Canberra.

From Wagga to Washington and hundreds of other places around the world that I have been blessed to travel to, I've walked them all.

And John Howard just doesn't just walk, he powerwalks - so a good pair of runners was one of the first things I packed when travelling.

You had to film every step the PM took just in case of a stumble, an incident or a chance meeting with a Washington VIP.

The PM's walks could be anything up to an hour, depending on the location and how many radio interviews he was committed to.

On September 11, he walked past the Washington Monument, the Lincoln, Vietnam veterans and World War II memorials.

He passed both sides of the Lincoln Memorial Reflecting Pool and of course, the White House. 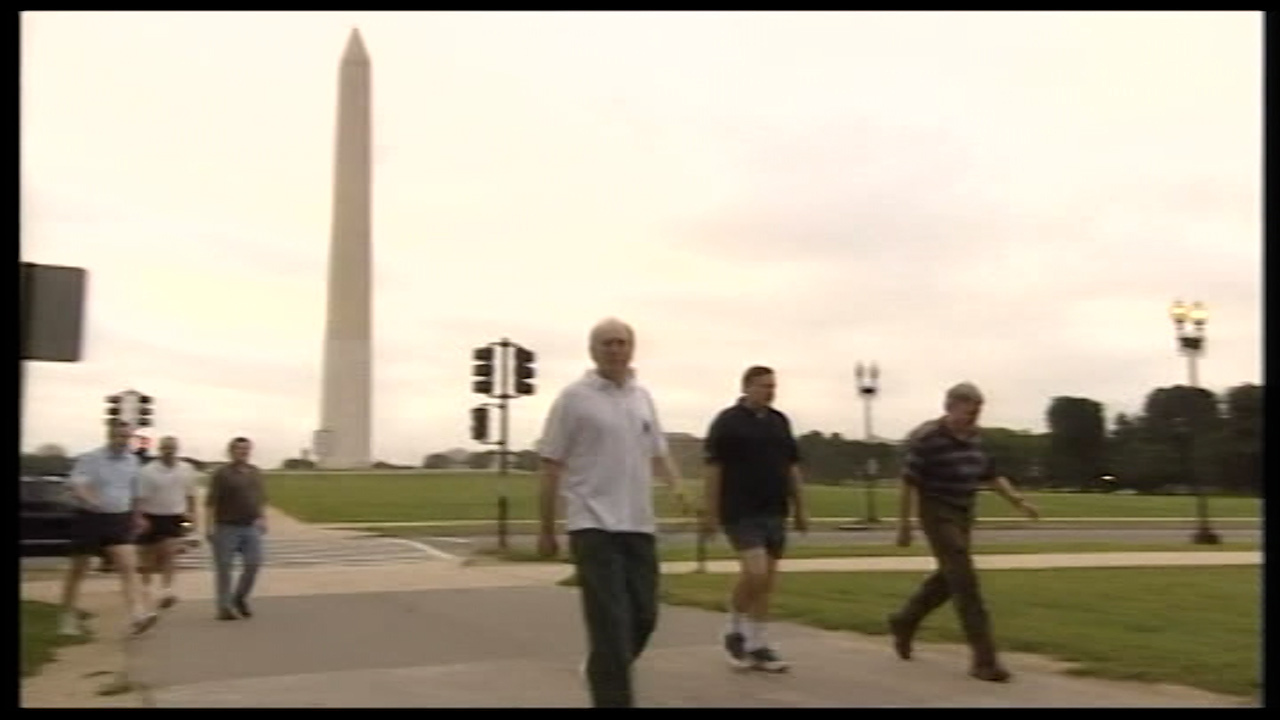 Tuesday the 11th, in the media guide, was a day of meetings and events.

A business forum and lunch, wreath-laying and tree planting at Arlington Cemetery.

The first job was at 10.30am, so plenty of time to shower and sort gear needed for the day.

It was 8.46am, about 30 minutes after returning from the walk, that everything changed. 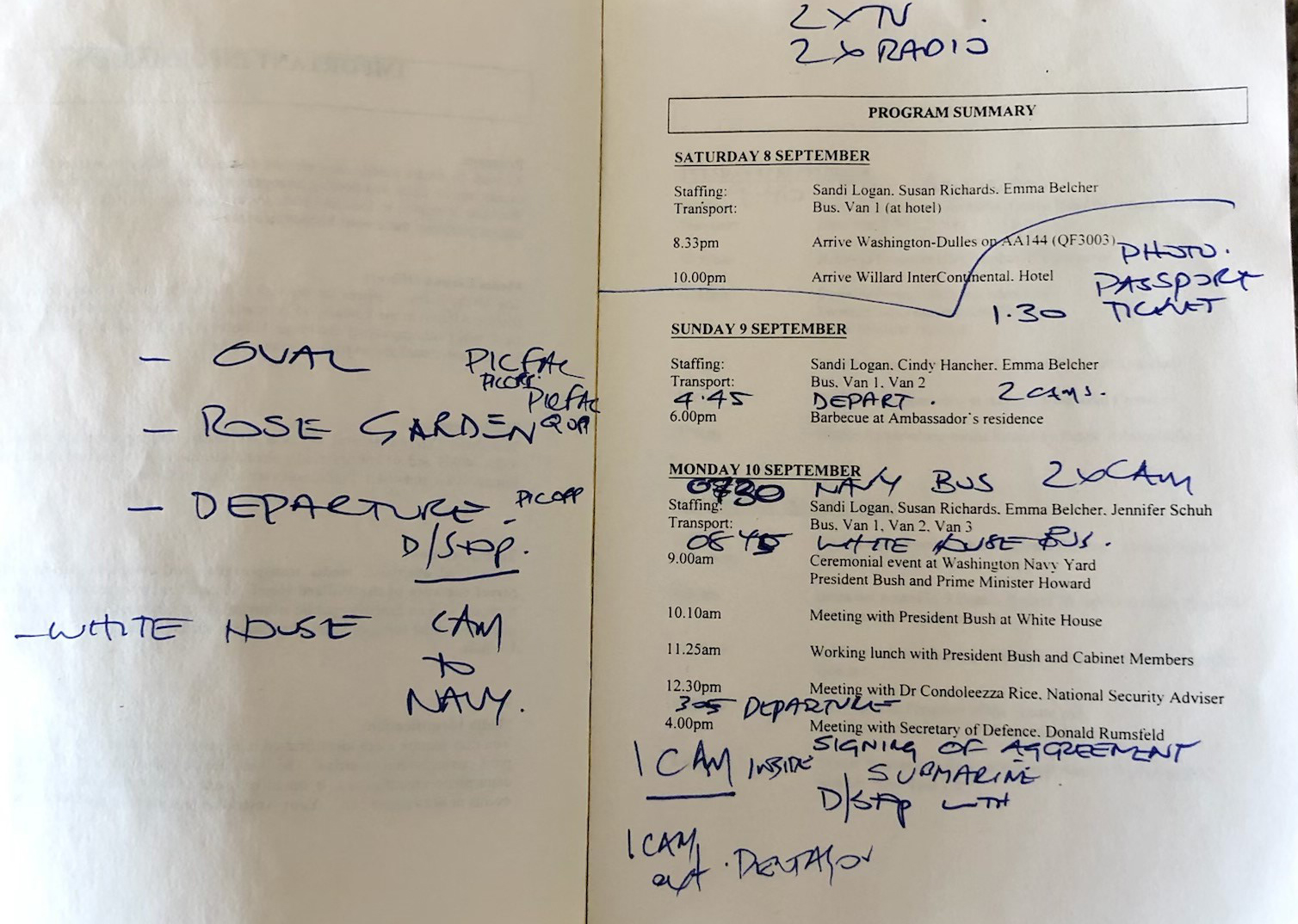 I was in my room at the Willard Hotel, which is a block from the White House.

All the travelling media were staying there, along with the Prime Minister and his delegation.

I was sorting gear for the day and happened to look up at the TV.

There was a shot of a building on fire.

I thought it was a movie and honestly did not give it a second look.

A few minutes later my room phone rang. The PM would be holding a press conference ASAP.

I looked back at the TV.

The PM walked into the press conference, stony-faced.

One of the other cameramen on the trip was videoing the PM as he spoke, and I was shooting cutaways, the shots needed by editors to fill out the TV story - wide shots of the presser, shots of journos.

READ MORE: Where people died in the Twin Towers attacks 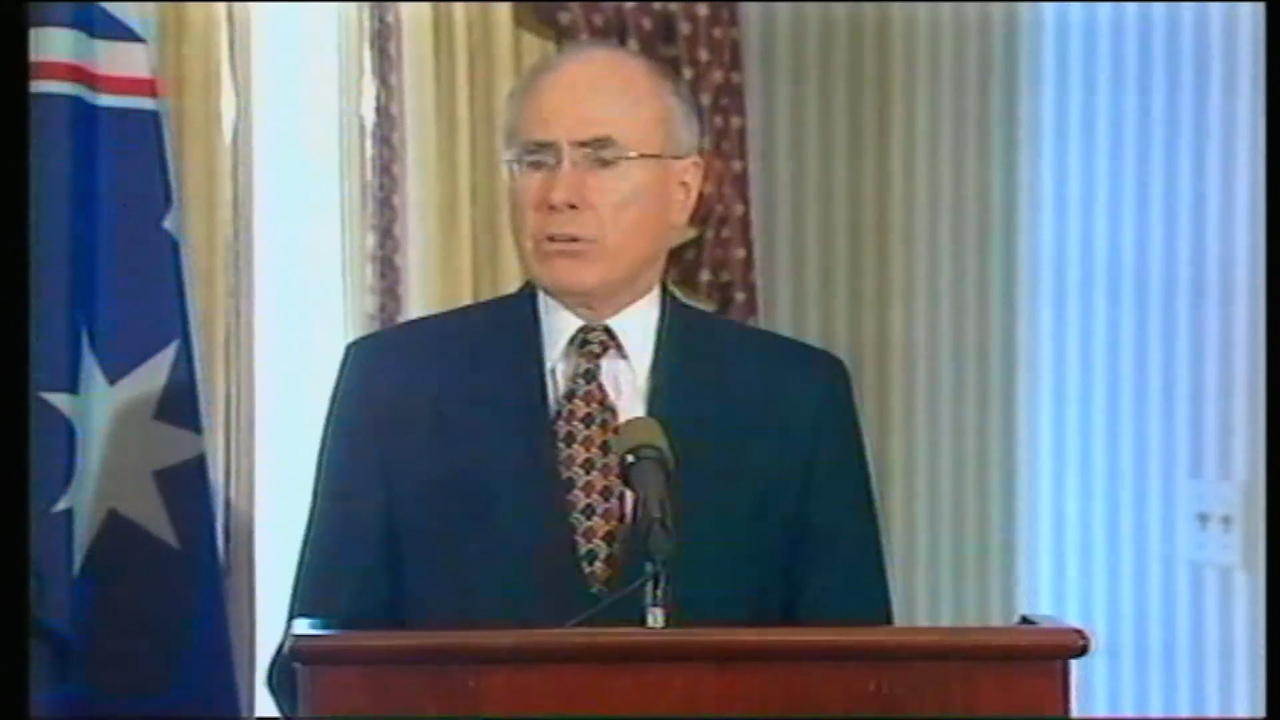 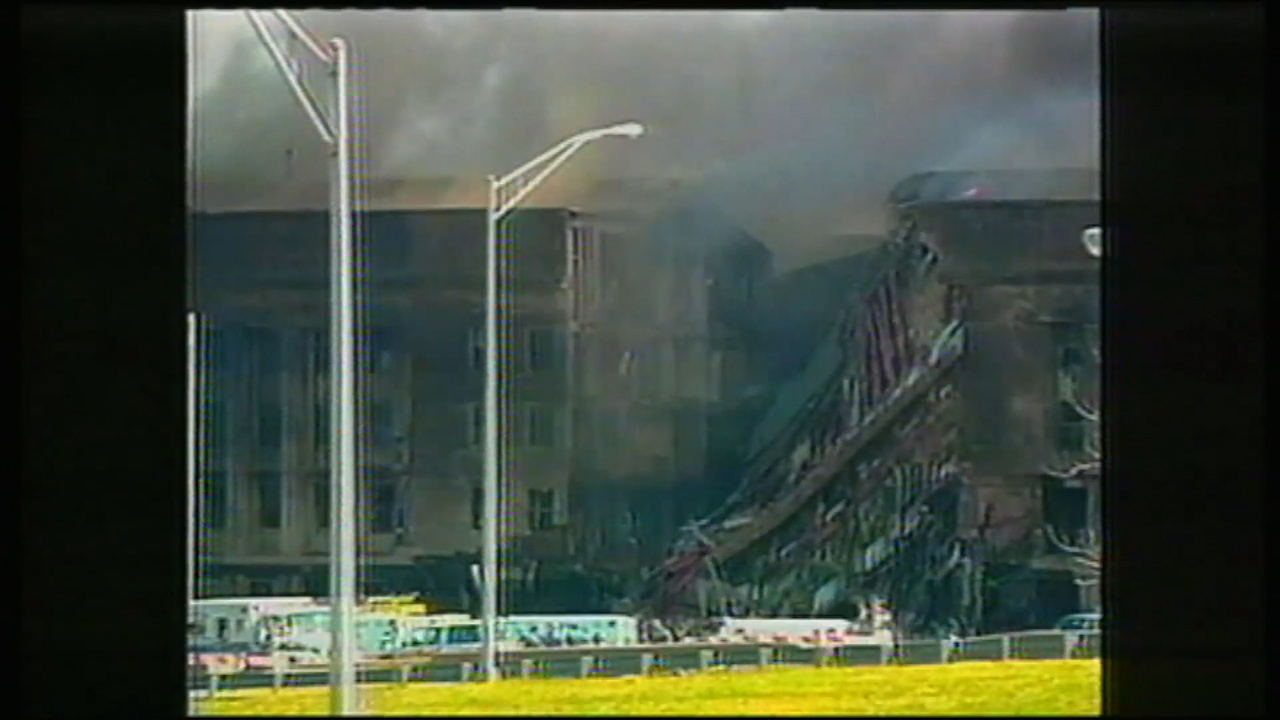 After about 30 minutes, I knew the press conference would be ending soon.

So, I left to get a shot of the PM leaving the Willard Hotel.

As I walked down the corridor to the lift, a Secret Service agent ran past me and into our media room.

There, directly through our media office window, was the Pentagon.

It was on fire.

I immediately told the journalists that were still at the presser what I'd seen.

The PM, still speaking, did not know that the Pentagon - which was only couple of kilometres from where he was standing - had been targeted. 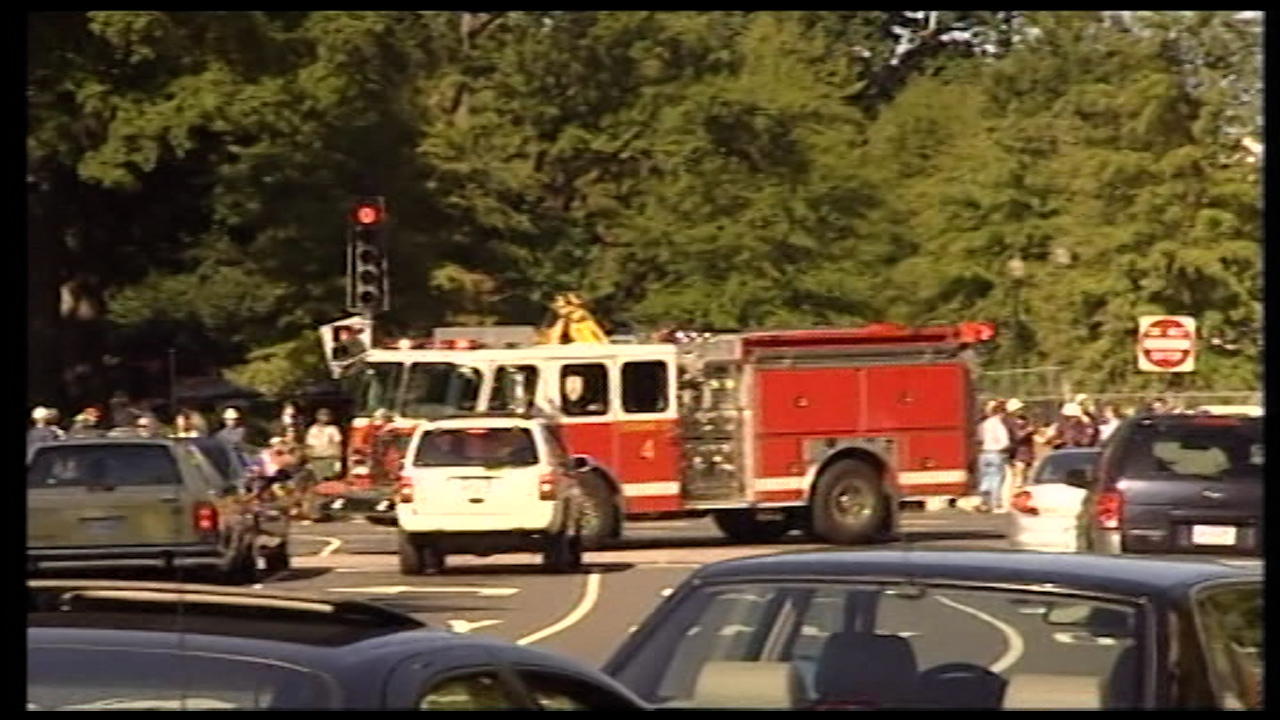 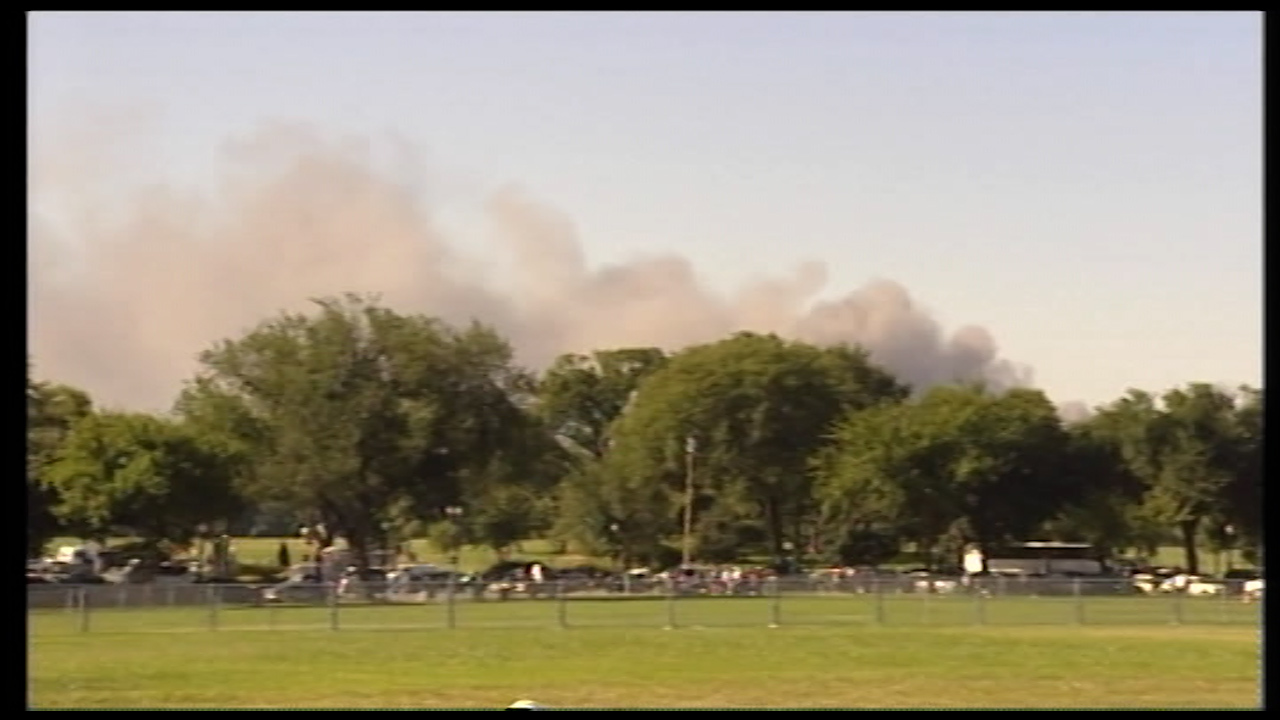 I raced outside with SBS TV journalist Dennis Grant.

The chaos of what was taking place around the White House was evident, but all knew that Washington was under attack.

Smoke from the Pentagon could be seen from everywhere.

Police, ambos and fire engines were everywhere and speeding in all directions.

All phone networks were down.

People, including myself, were listening to the radio in cars hearing the description of the Twin Towers falling.

Soon the radio was drowned out by the sounds of people crying.

Word was out that a plane was heading for the White House.

The day before, President George W. Bush greeted Mr Howard at the entrance to the White House with a warm handshake and shouted to the waiting media: "I'm honoured the Prime Minister's here, a great friend, Australia's a great friend and I'm so honoured he's here."

The President and the Prime Minister would very quickly come to realise how special that friendship was. 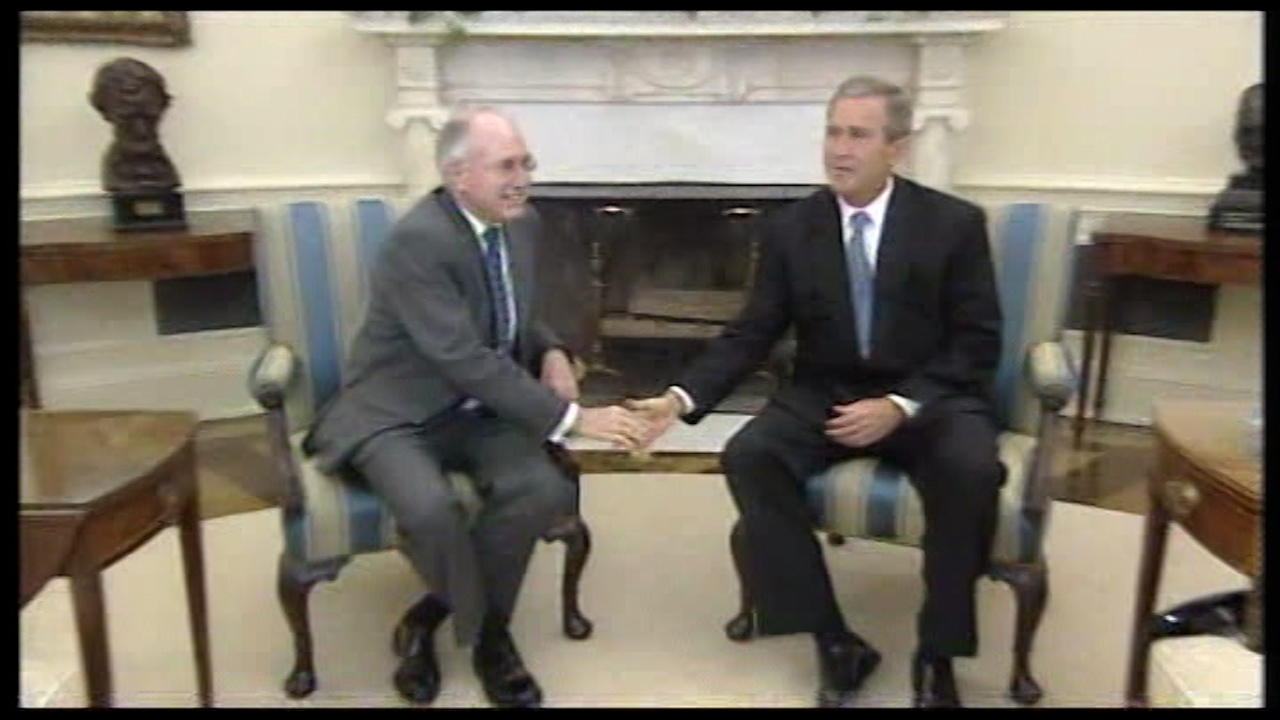 John Howard flew back to Australia a couple of days later and I stayed covering stories at the Pentagon and later that week, joined colleagues from Nine's bureau in New York.

Even now while writing this piece, it brings up emotions of my time spent covering 9/11.

I didn't video the plane hitting the Pentagon, nor the planes into the Towers or the falling of the buildings.

What I did video was the faces of people who lost loved ones or didn't know if their loved ones survived.

Sadness and heartbreak are difficult things to forget.

READ:  Arrest after man stabbed to death in Melbourne CBD