After the first cases of Covid-19 were confirmed in the United States on January 20, it took almost 100 days to reach one million infections. Now, the country has added more than one million cases to its grim total in just five days.

After the first cases of COVID-19 were confirmed in the United States on January 20, it took almost 100 days to reach one million infections.

Now, the country has added more than one million cases to its grim total in just five days.

From Tuesday to Saturday, 1,000,882 new coronavirus cases were reported in the US, according to data from Johns Hopkins University bringing the totals to more than 14.6 million confirmed cases and 281,513 deaths from the virus.

November registered frightening peaks in the daily number of coronavirus cases - reaching 100,000 for the first time, as well as spikes in hospitalisations and deaths.

More than a million total US cases were reported in the first five days of December.

As the impacts of Thanksgiving travel and gatherings begin to reveal themselves, and hospitals fill to capacity, experts say it is likely going to get only worse.

"I think that sometimes when you hear statistics like that, you become numb to what those numbers mean.

"But for us, the people that are taking care of these patients, every single number is somebody that we have to look at and say, 'I'm sorry, there's nothing more I can do for you.'"

More than 100,000 COVID-19 patients have been hospitalised nationwide for the past four days, according to the Covid Tracking Project.

READ:  Quarantine breachers vow to return to state 'by force'

The first five days of December brought the highest hospitalisation numbers since the pandemic began. In the last week, hospitalisations in Los Angeles County have tripled, and the number of available hospital beds in the area could dwindle to none in two to four weeks if cases continue to climb, Los Angeles Mayor Eric Garcetti said on Friday.

In response to the growing threat, the Southern California region will be under a new stay-at-home order beginning at 11.59pm on Sunday.

The San Joaquin Valley also will be under stay-at-home orders at that time, local officials announced on Saturday, after the region's intensive-care-unit capacity fell below 15 per cent.

More than 4 million people live in the region.

It affects the counties of Alameda, Contra Costa, Marin, Santa Clara and San Francisco, as well as the city of Berkeley.

While the Bay Area has not met the threshold of less than 15 per cent capacity, officials warn they're seeing evidence of transmission over Thanksgiving weekend that could fuel a surge.

"I don't think we can wait for the state's new restrictions to go into effect later this month," Contra Costa Health Director Chris Farnitano said on Friday.

"We must act swiftly to save as many lives as we can. This is an emergency."

"It really is time for us to pull back on the activity and see if we can turn this thing around before hospitals get overwhelmed," said Dr Robert Wachter, chairman of the department of medicine at University of California, San Francisco, pointing out that California has had a "better than average performance" throughout the pandemic.

"I see other parts of the country that are still open, even though the case rates and hospitalisation rates are far worse than here.

"So, I think we're acting correctly."

Adults must get vaccinated for students to return to school

It will likely be months before all adults in the US can be vaccinated against the virus, and the wait will be even longer for children - but they can still be protected by vaccine distribution, Dr Wachter said.

"I think it's reasonable to expect that the kids will be back in school in the fall, not so much because all of them have been vaccinated - although I hope they will - but everybody around them has been vaccinated, and the rate of virus in their communities has fallen to a point that is perfectly safe for them to be in school," Dr Wachter said.

Earlier this week, vaccine advisers to the US Centres for Disease Control and Prevention voted 13-1 to recommend that both health care workers and residents of long-term care facilities be first in line for any vaccines that get the green light from the US Food and Drug Administration. 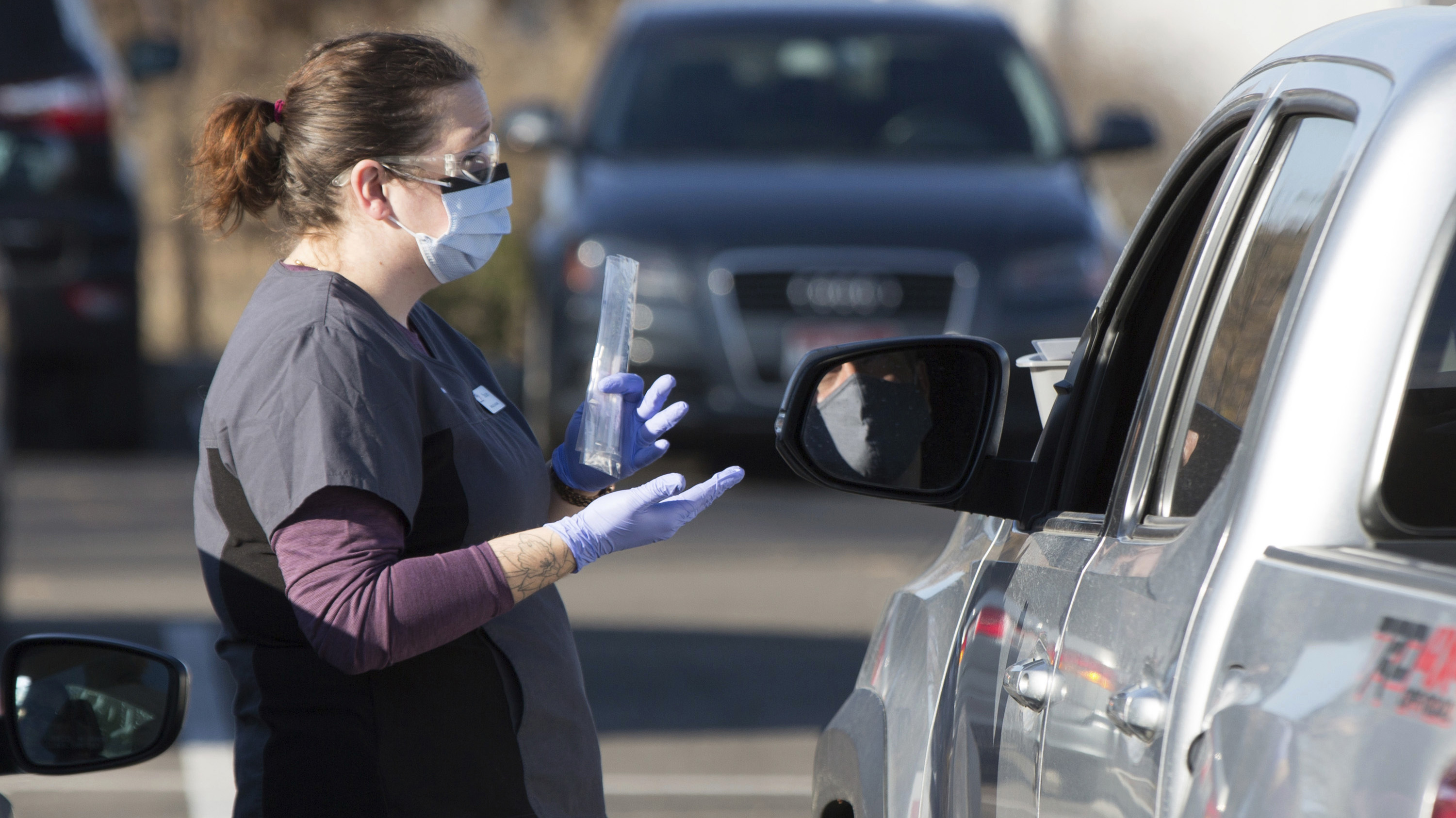 Moncef Slaoui, chief scientific adviser for the public-private vaccine program known as Operation Warp Speed, said he hopes to see a "quite significant" drop in coronavirus illness and death among the elderly population by January's end.

Noting that 40 to 50 per cent of US deaths are coming from elderly Americans residing in long-term care facilities, Mr Slaoui told CNN, "We should be able to have immunized that full population, and the healthcare workers that take care of them by the end of the month of December or by the middle of the month of January."

READ:  Appeal after man stabbed during home invasion near Newcastle

By the middle of March, he added, the United States should have vaccinated its highly susceptible population, which is about 100 million people, while the rest of the country "will not all have the vaccine in our arms before May or June."

Manufacturing the vaccine has been "somewhat more complicated and more difficult than we planned," Mr Slaoui said, adding that scientists are six to eight weeks behind "an ideal scenario where we would have had 100 million doses by the end of this year."

The nature of fast-tracking a vaccine means more issues may arise, he said.

"This is not an engineering problem. These are biological problems. They are extremely complex, and we don't control 100 per cent of everything as it happens," he said.

"There will be small glitches."

The vaccine, which will come in two doses - a challenge to produce and distribute in the necessary quantities - will likely reach healthy, non-elderly Americans with no known underlying health conditions in late March to early April, Dr Anthony Fauci, director of the National Institute of Allergy and Infectious Diseases, said.

Kids are likely to be vaccinated relatively late in the game because COVID-19 vaccines are largely untested on children.

The National Vaccine Advisory Committee voted on Friday not to recommend emergency use of a COVID-19 vaccine in children, noting that children generally experience a milder version of the disease.

Dr Wachter says that if adults get vaccinated, children could reap the benefits.

"If we can get everybody else vaccinated - we can get all the adults vaccinated and get the virus to die out because we get somewhere near herd immunity - the kids may be less important."