Three people are dead and two others, including a child, are in hospital after a tree fell onto their car in the Dandenong Ranges east of Melbourne today.

Three people are dead and two others, including a child, are in hospital after a tree fell onto their car in the Dandenong Ranges east of Melbourne.

The family, comprised of two women, two men and a child, were driving today on Sherbrooke Road in Kallista just before 2.30pm when the large gumtree came down on their vehicle.

The car was pushed down a steep embankment, killing the two men and one of the women. 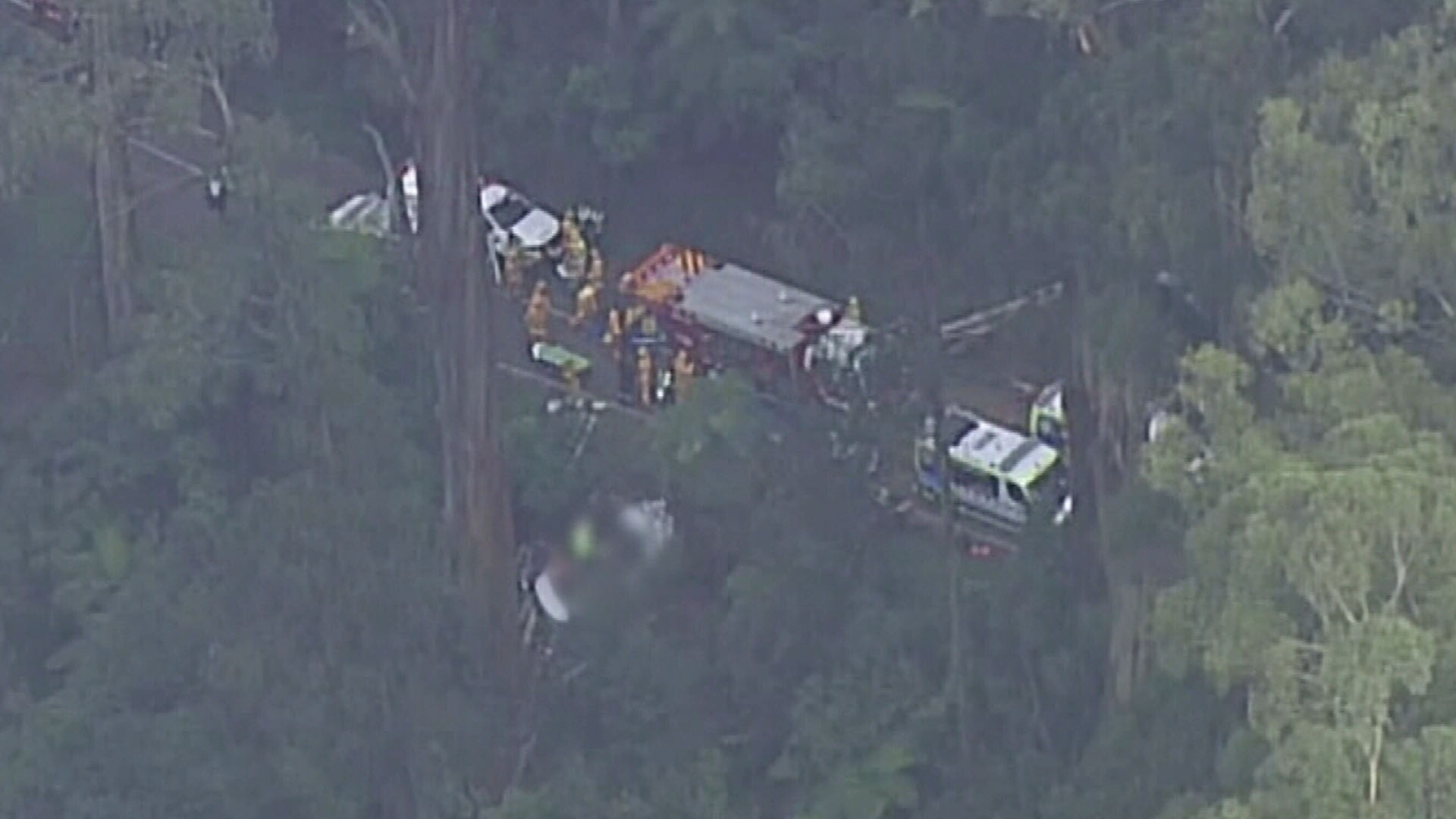 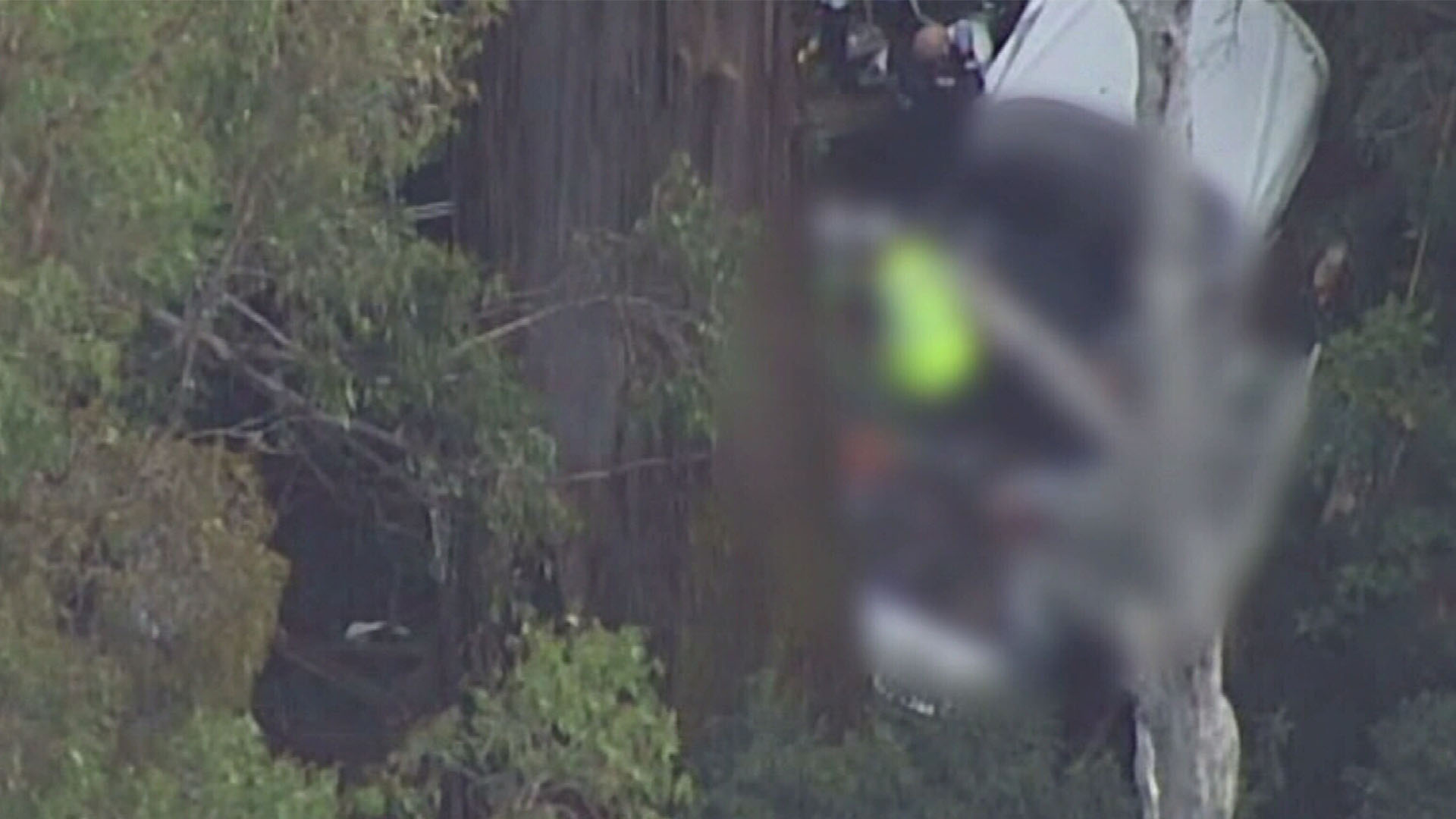 The other woman - aged in her 30s - and her young child were rescued by emergency workers, who had to pull the roof off the car to extract them.

The toddler was airlifted to hospital in a critical condition, but is now stable. The child's mother was taken to hospital by ambulance in a stable condition.

Major crime scene investigators and arborists attended the scene and are working to establish how the incident unfolded.

"This is one of those incidents where people have been driving along and they actually have done nothing to cause the collision," Victoria Police Assistant Commissioner Libby Murphy told 9News. 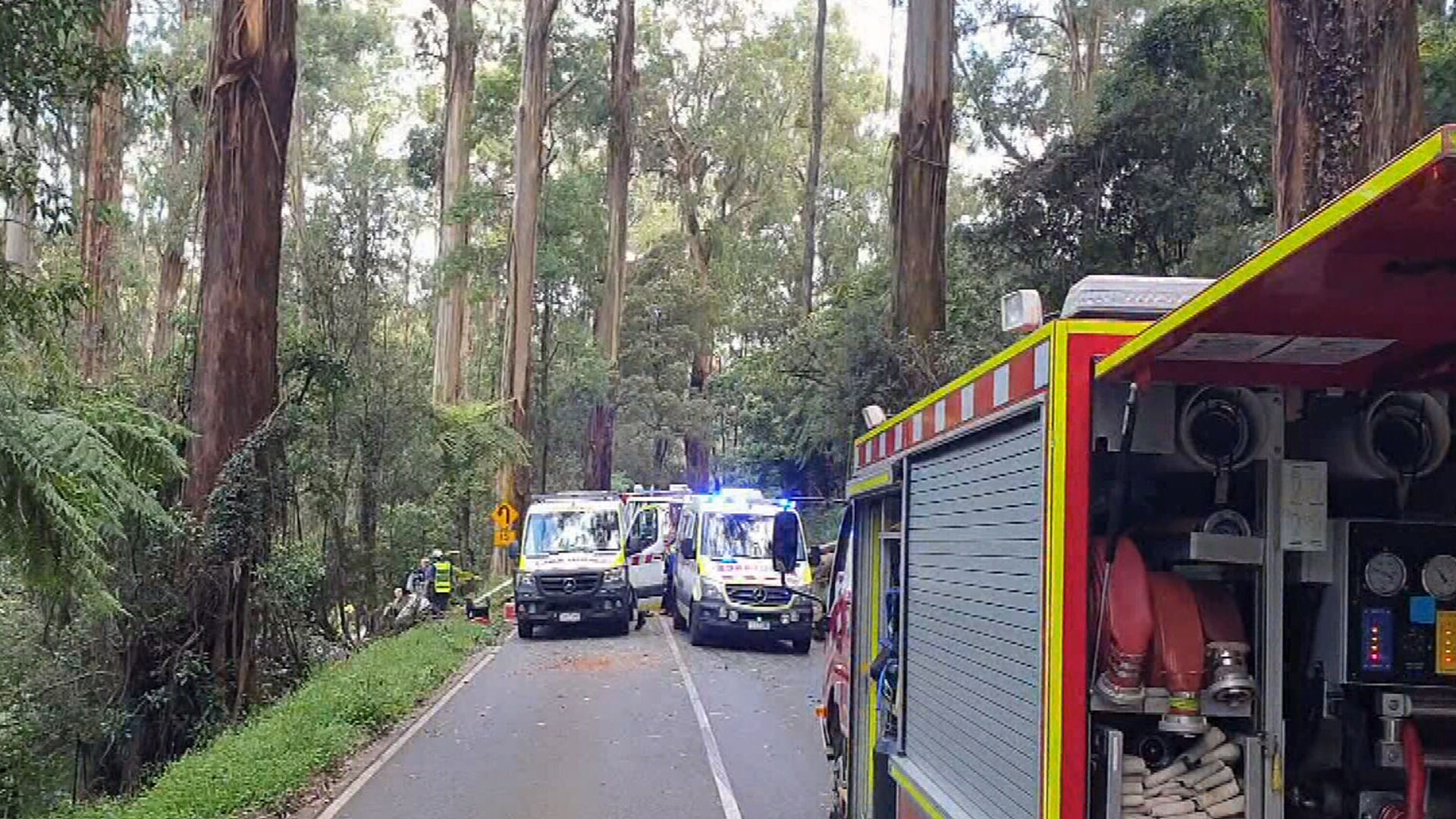 "We usually see things like drugs and alcohol involved… but on this occasion it's just one of those awful things that has ended up in a complete tragedy."

It is the second time in the past year a fallen tree has killed motorists in the region.

In July last year, a father and his 10-year-old son were killed nearby on Monbulk Road following a heavy downpour.