Through the internet, people are finding out what a koala sounds like ― and they have some questions. Mature-aged koala George was enjoying a “respite” at Koalas of Raymond Island wildlife shelter after getting knocked around in t… 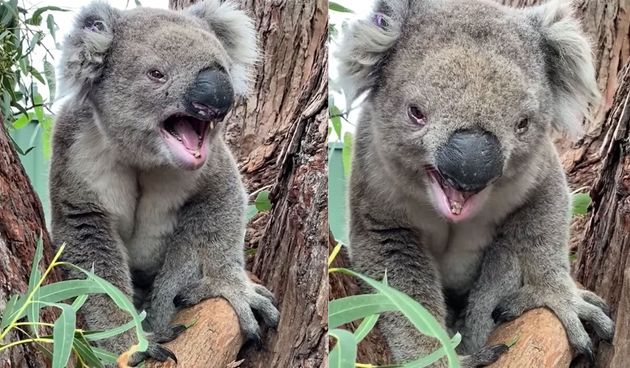 Through the internet, people are finding out what a koala sounds like ― and they have some questions.

Mature-aged koala George was enjoying a “respite” at Koalas of Raymond Island wildlife shelter after getting knocked around in the wild from a younger male koala. A carer filmed him becoming very vocal about a new arrival to the accommodations.

“George is an older koala, he’s come into care as he has been given a hard time and beaten up a little bit by a younger koala,” wildlife carer Shelley Robinson told HuffPost Australia of the 12-year-old mammal.

“He’s what we call a gentle giant, he’s passive and happily feeding and putting on weight.  He’s having a bit of a break from the younger boys.”

Robinson, who filmed the footage at the Victorian shelter, said George started bellowing due to the arrival of young male koala Ivan ― who could have likely been the culprit that was physically harassing George a few weeks earlier.

“George has limited eyesight due to his age but koalas, even when blind, move around by smell and their territories. They often come into care when they’ve been pushed out of their territories, which is possibly what was happening with George.

“They came out of the same territory so it’s a big possibility Ivan was the one (who beat up George).”

After Robinson and several local news outlets posted the video of George’s bellowing, many people were surprised at his deep sound.

“Australian wildlife be hella cute but sounding like demons,” one follower wrote on ABC Gippsland’s post of the video.

“Not so cute and cuddly now,” commented another.

“Imagine having a koala roar as your cell phone ringtone,” another post said.

Robinson said George’s roar is his attempt at being territorial.

“Koalas will often do their bellowing noise, which is a low rumbling bellow that works its way up,” she explained. “The noise George was making was an, ‘I’m not happy’ noise, and he was trying to scare Ivan off or make his point that he was tougher and stronger than he actually was.”

Robinson confirmed the sanctuary would not put two male koalas in an enclosure together. 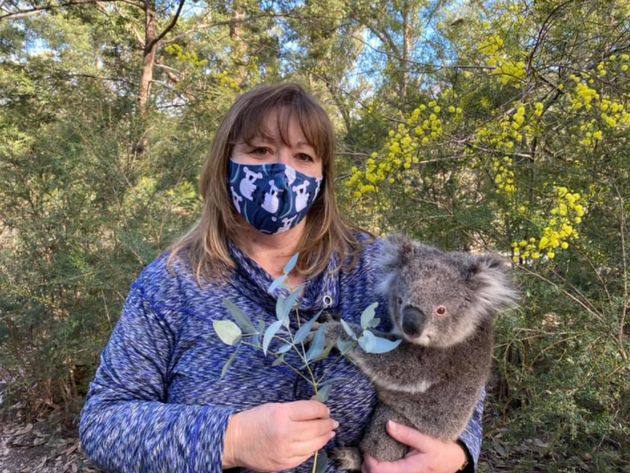 Koalas of Raymond Island has four volunteers who care for injured or sick koalas and rely on donations to pay for expensive vet visits and formula for the abandoned joeys.

Loss of habitat, starvation, and the effects from the black summer bushfires has resulted in the sanctuary reaching capacity.

Australia’s koala population was a major victim of the 2019/2020 bushfires. Almost 3 billion koalas, kangaroos and other animals perished during the catastrophic season, a study, funded by WWF Australia, showed.

Warmer weather brought by climate change threatens to worsen conditions for koalas, as deforestation has narrowed habitable areas in other regions of Australia, said James Tremain of the Nature Conservation Council of New South Wales.

“Devastating bushfires are going to knock out some of these key population centres, but so will increasing temperatures,” he said, by affecting the nutrition value of the leaves that are the animals’ sole food source.

With additional files from Reuters.