Today marks 20 years since Sydney welcomed the world to the greatest show on earth, the Olympic Games.

Today marks 20 years since Sydney welcomed the world to the greatest show on earth, the Olympic Games.

It was a sporting spectacle like no other, full of golden moments like Cathy Freeman's spectacular 400 metre victory and Ian Thorpe's dominance in the pool.

We asked 9News viewers on our social media platforms to share their favourite memories from the magical 17 days, and this is what you told us...

My standout moment was seeing my younger sister Karyne Di Marco be the first female hammer thrower to throw in an Olympics. Something I'll never forget - Julianne Tunks

Two things I remember most from the Sydney 2000 Olympic Games ... Cathy Freeman won gold and I met an American guy. Six months later, married him. Three kids & seven country moves later we are heading into our 20-year anniversary and planning to move back to Australia where it all started - Danielle Reed 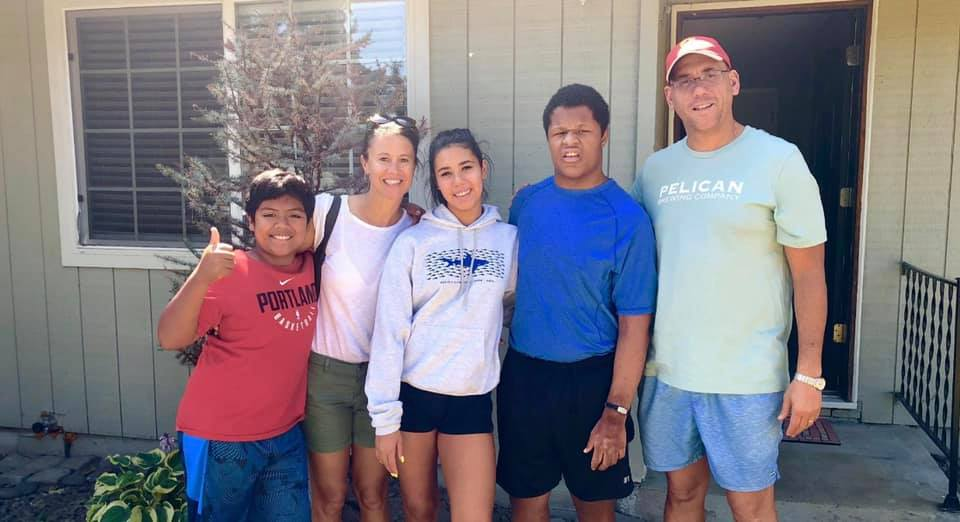 My standout was my first child being born one minute before the opening ceremony! Was in hospital the whole time the Olympics was on! - Justine Reed 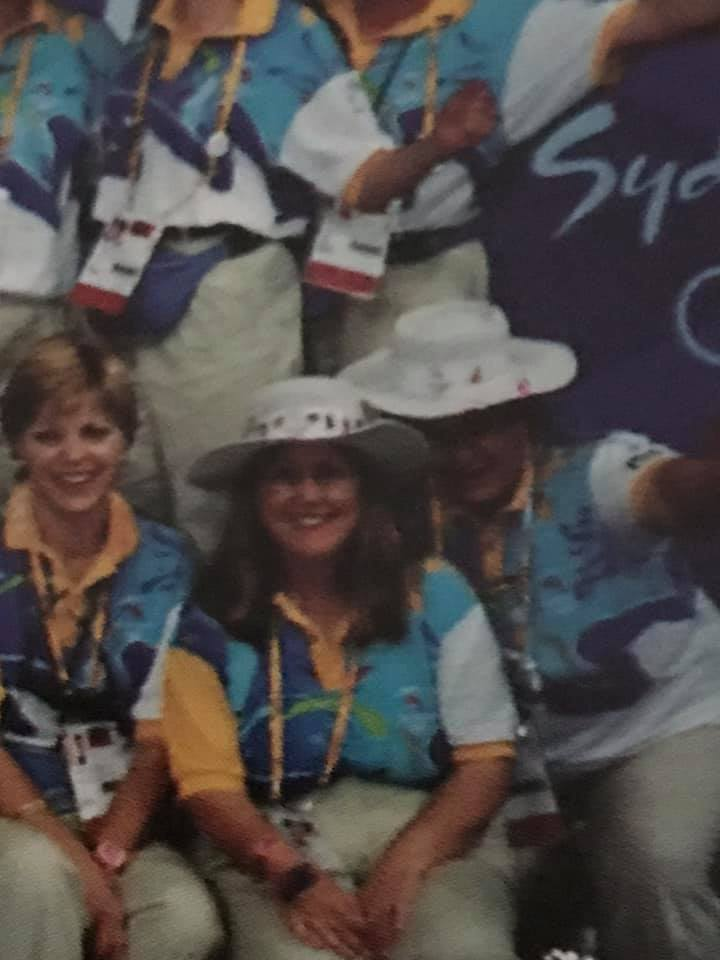 I was lucky to be at the aquatic centre. Met many swimmers and athletes and often was a minder for them whilst in training and outside the arena. I worked for a major sponsor so got to spend time with them. Also met many dignitaries from around the world and witnessed many of Australia's winning moments. - Sheryn Phillips

Far too many special moments as I was a driver for the richest team San Merino, and the poorest Swaziland. Best moment when the Swaziland chef de mission gave me a pass so my daughter who was in remission from cancer could come into the athletes village to see all her favourite athletes. Very special. - Christine Penn

I remember volunteering in the athletes village dining hall and there being McDonald's inside the dining hall. Then getting free tickets to the closing ceremony. Was the most amazing night and memorable working in the village. - Katie Brown

My husband was a chef in the Olympic Village and our eldest son was employed to sell ice creams, etc, and they both got a bonus for doing all their shifts. Such a wonderful time, especially watching in our time zone for a change! - Marice King

My standout moment when I saw my brother Daniel Marsden captain the Australian waterpolo team and score his first goal in the 2000 Sydney Olympics. - Sparra Mars 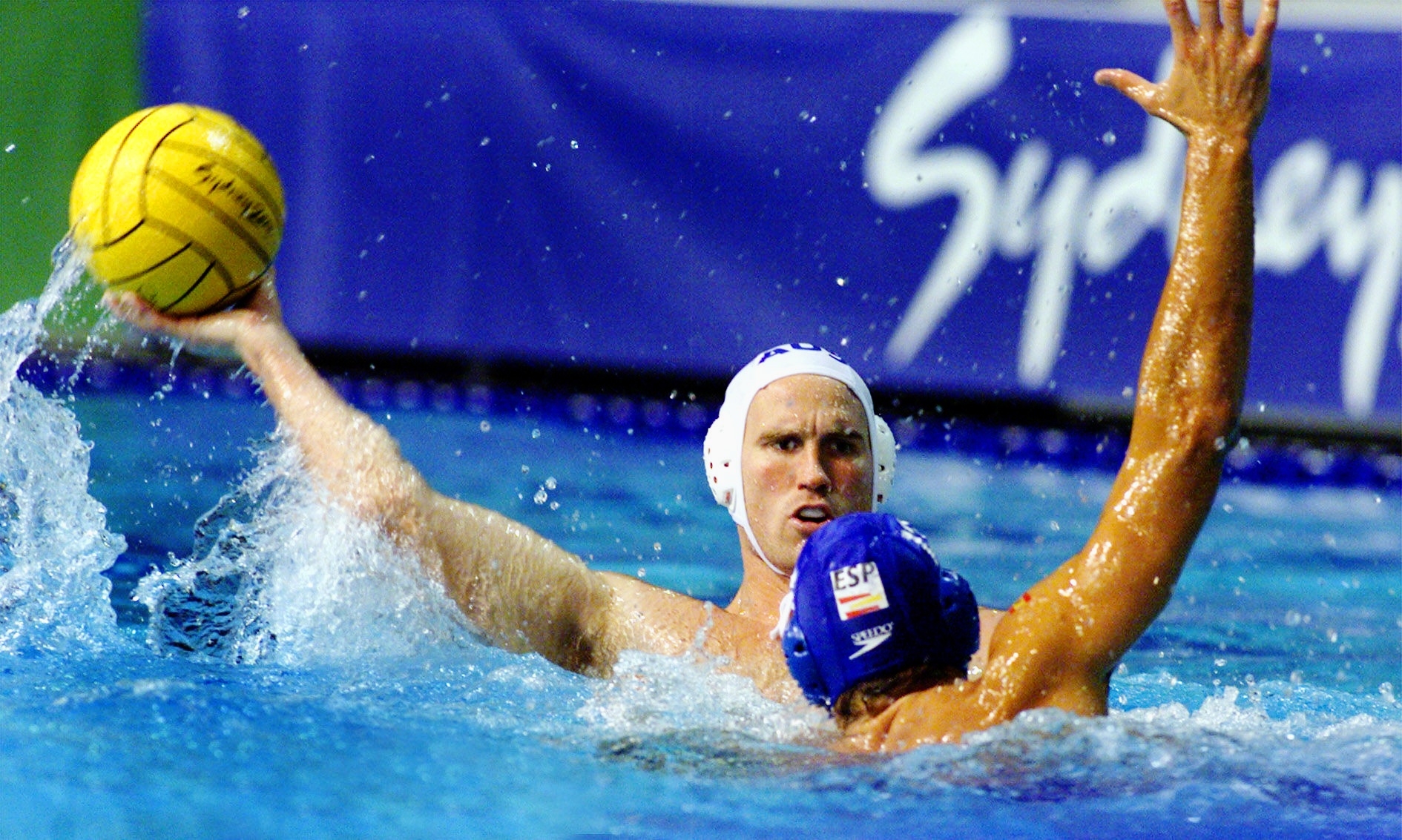 Definitely getting to see the dress rehearsal of the Opening Ceremony with my dad, Peter Dening, before the rest of the world. Best experience ever! - Alicia Jones

We had some of the reserves for the women's waterpolo team stay with us that week. They took us to where their supporters were getting dressed up in green and gold before a game, we got to be on TV for a brief moment with (Australian swimming coach) Laurie Lawrence. They made sure we got to meet all the team after a game. I remember picking them up from a pub the morning after the team won gold. - Fiona Jenkins

Watched Cathy Freeman win her 400 with my daughter. - Christine Whelan 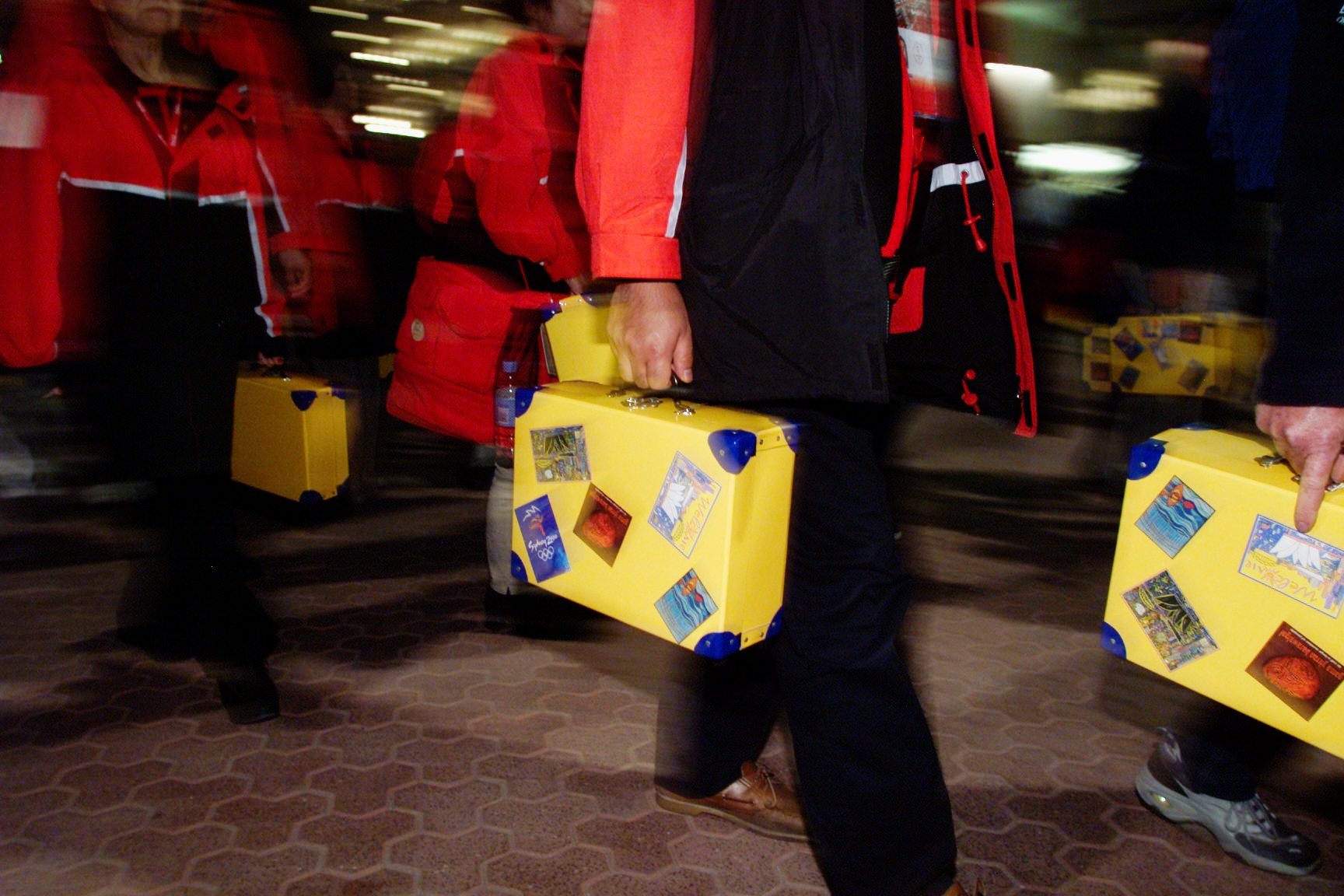 Has to be when thousands of us were exiting the opening ceremony heading for the train and that guy yelled out "hey has anyone seen my yellow case?" - Kay Petracca

I still have our yellow little suitcases with all the Aussie stuff inside from the opening ceremony. Best $100 we have spent - Karon Cantori

I watched the opening ceremony in hospital with nurses sitting on my bed after having my daughter the day before. - Rebecca Jackson I worked as a volunteer at the media village during the Olympics and athletes village for the Paralympics. Some of the most memorable times in my life. My husband was able to spend a day with me at the Paralympics — intended to only spend an hour or so but absolutely blown away with the athletes and spent entire day. Daughter's friend had won tickets to the dress rehearsal of the opening ceremony but could not go. Gave them to us — absolutely amazing and never to be forgotten. I don't think it is an over statement to say "best Olympics ever". A very proud Australian. - Suzanne Thornton 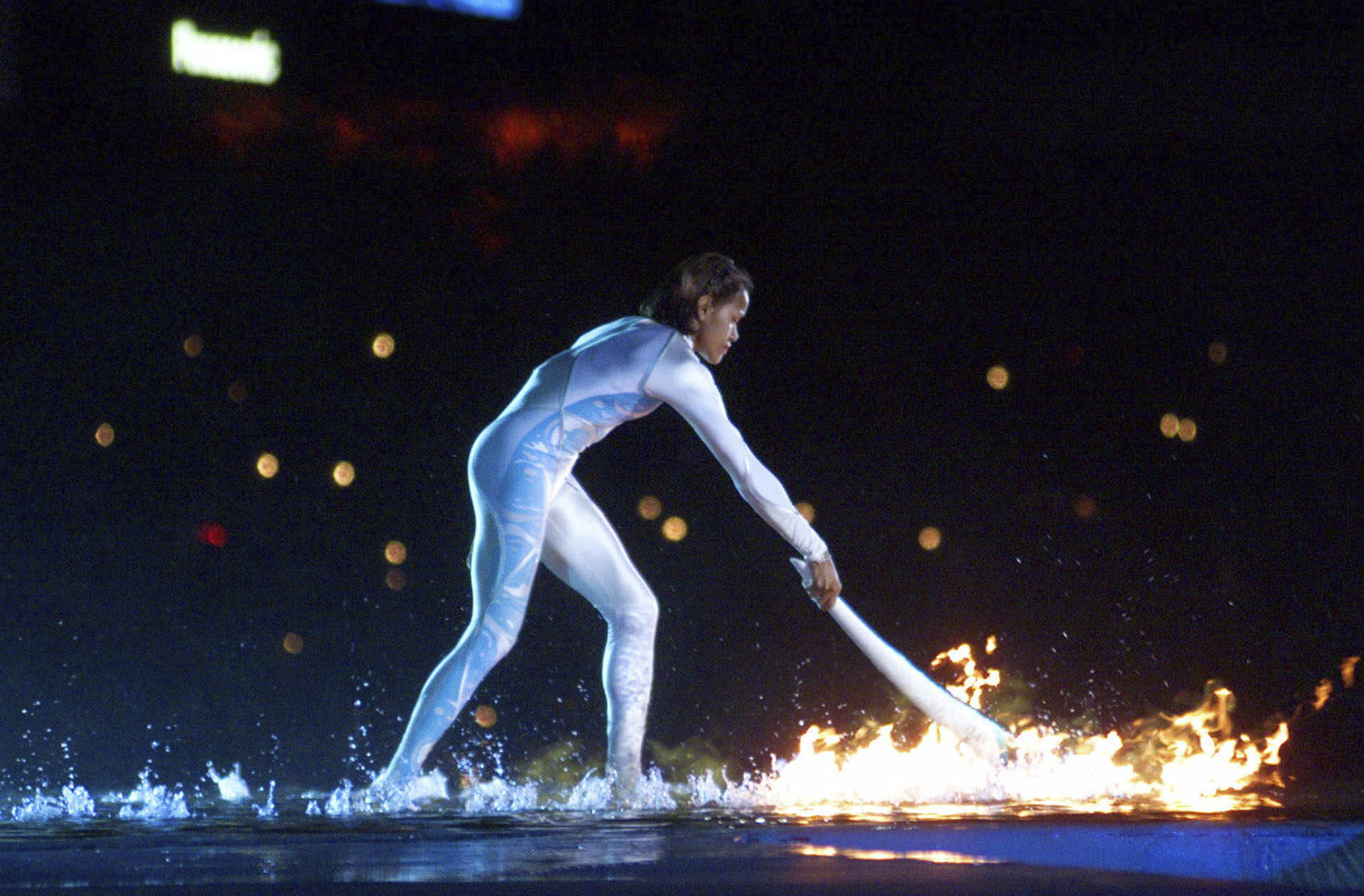 Cathy was one of my fav memories. I took my nan to see the Olympic torch (during the relay) through Heidelberg, Melbourne. Had an amazing time. A friend also ran with the torch in SA. Have many photos of the torch laying alongside my newborn daughter. The torch was huge. - Jan Maree 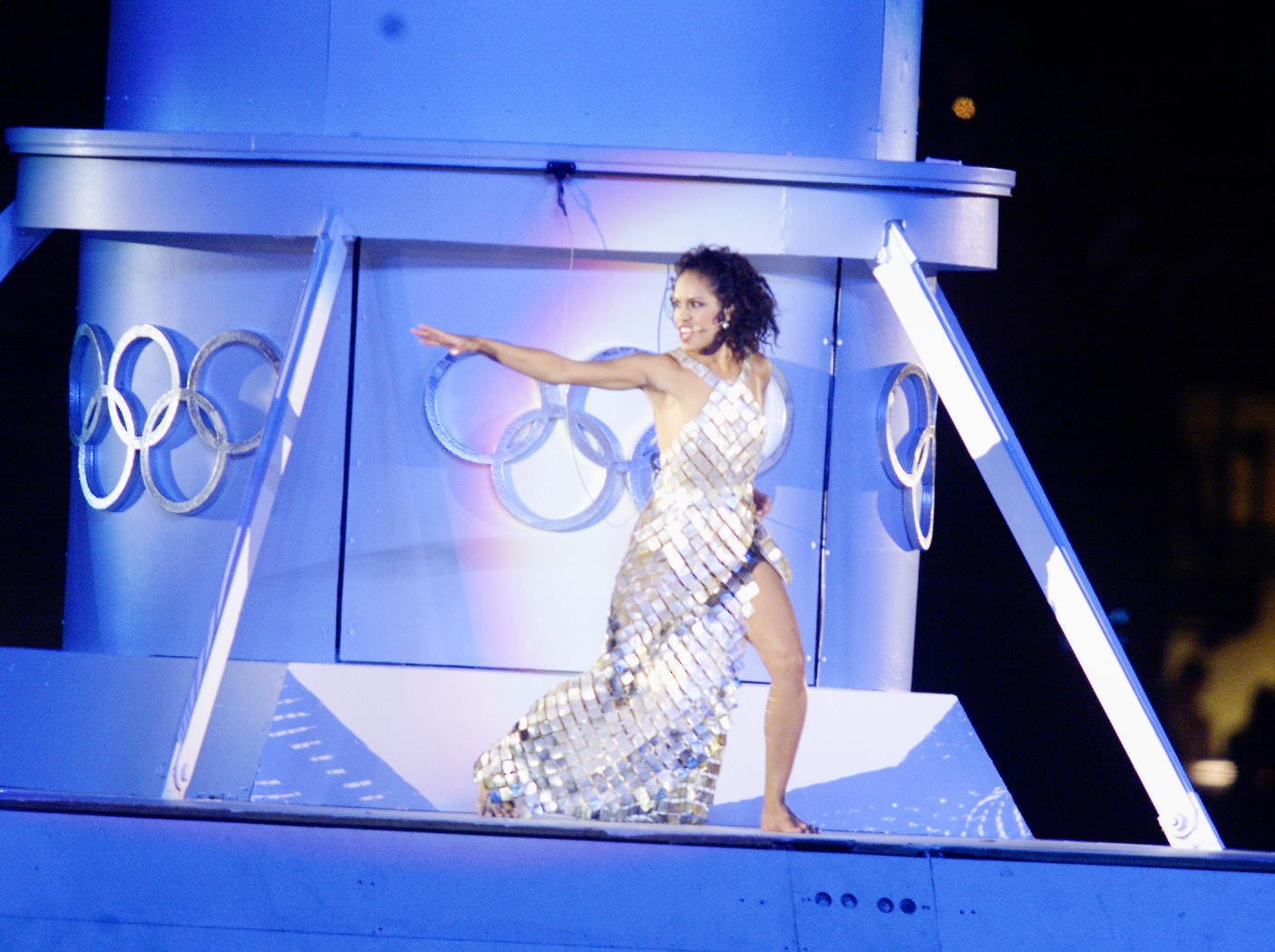 I was a volunteer for the rehearsals for the Parade of Nations (our school was filling in for Croatia) and I danced in the closing ceremony when Christine Anu was performing. I was 14. One of the best experiences of my life - Themelina Ballis

I was in the thick of it as a volunteer in the village ... was amazing to be a part of it. - Krystyn Herrmann

I remember being in the Rocks (in Sydney) when we won gold for sailing. We didn't even know until we saw it on the big screen and I yelled out 'it's over there' and the whole crowd around us turned around and went crazy. It was awesome - Jamie Nicholson