More than 2,800 people lost their lives to coronavirus on Wednesday in the US, and doctors fear the situation will only get worse leaving hospitals unable to cope.

More than 2800 COVID-19 deaths were reported yesterday in the United States - the most the country has ever reported in a single day - as health care officials say their staff and facilities are struggling to support burgeoning numbers of patients.

The number of COVID-19 patients in US hospitals - 100,226, according to the COVID Tracking Project - also is the highest reported on a given day during the pandemic. 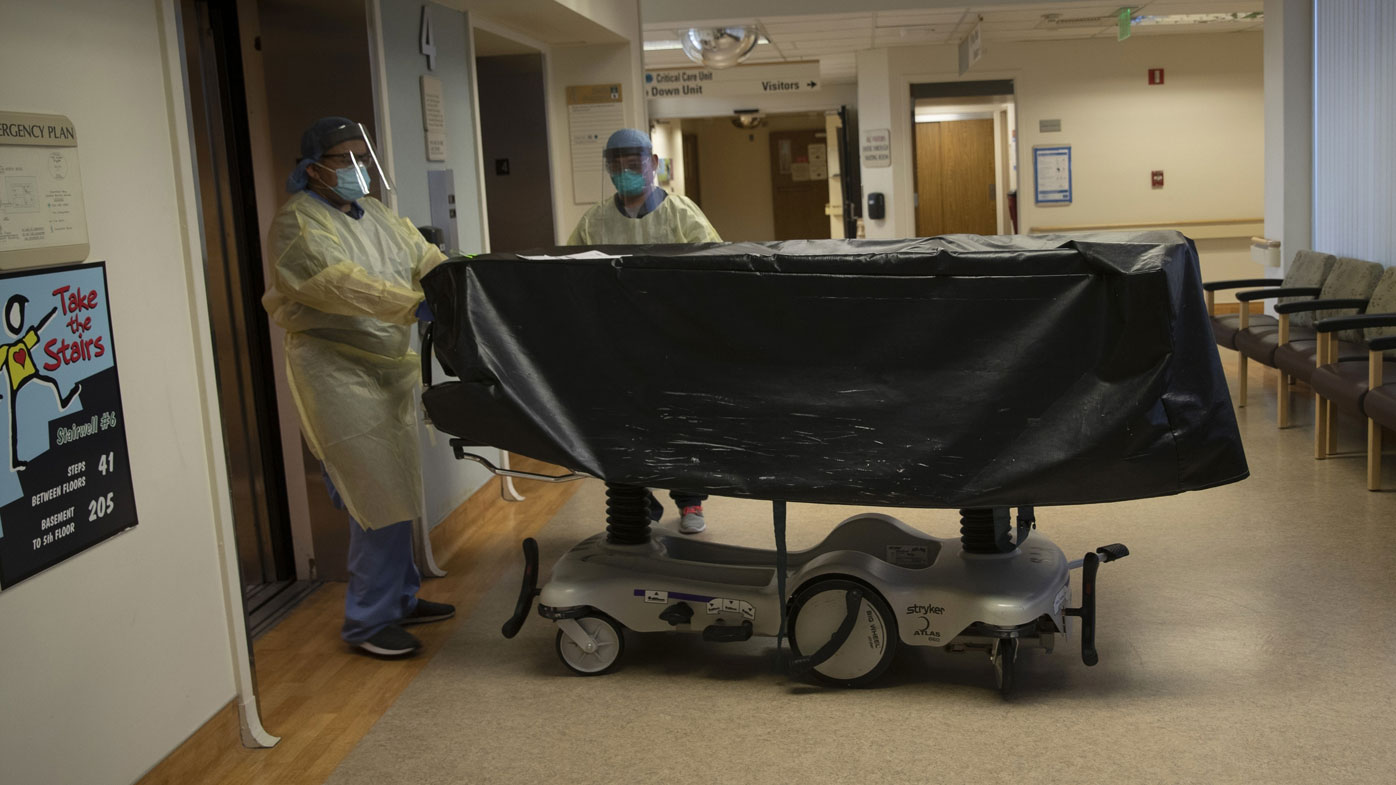 The country's daily average of COVID-19 deaths across a week is 1654 - above its summer high of around 1130 but lower than the pandemic peak above 2240 in late April.

"By this time next week, we are going to be talking about 3000 deaths a day - that's 9/11 every single day," Dr Jonathan Reiner, a cardiologist and professor of medicine at George Washington University, told CNN.

The death count reported Wednesday was 2804, surpassing the previous one-day high of 2603 set on April 15, according to Johns Hopkins University data.

Earlier, JHU's total for Wednesday was higher - but that count was later corrected because of an error found in one state's tally. 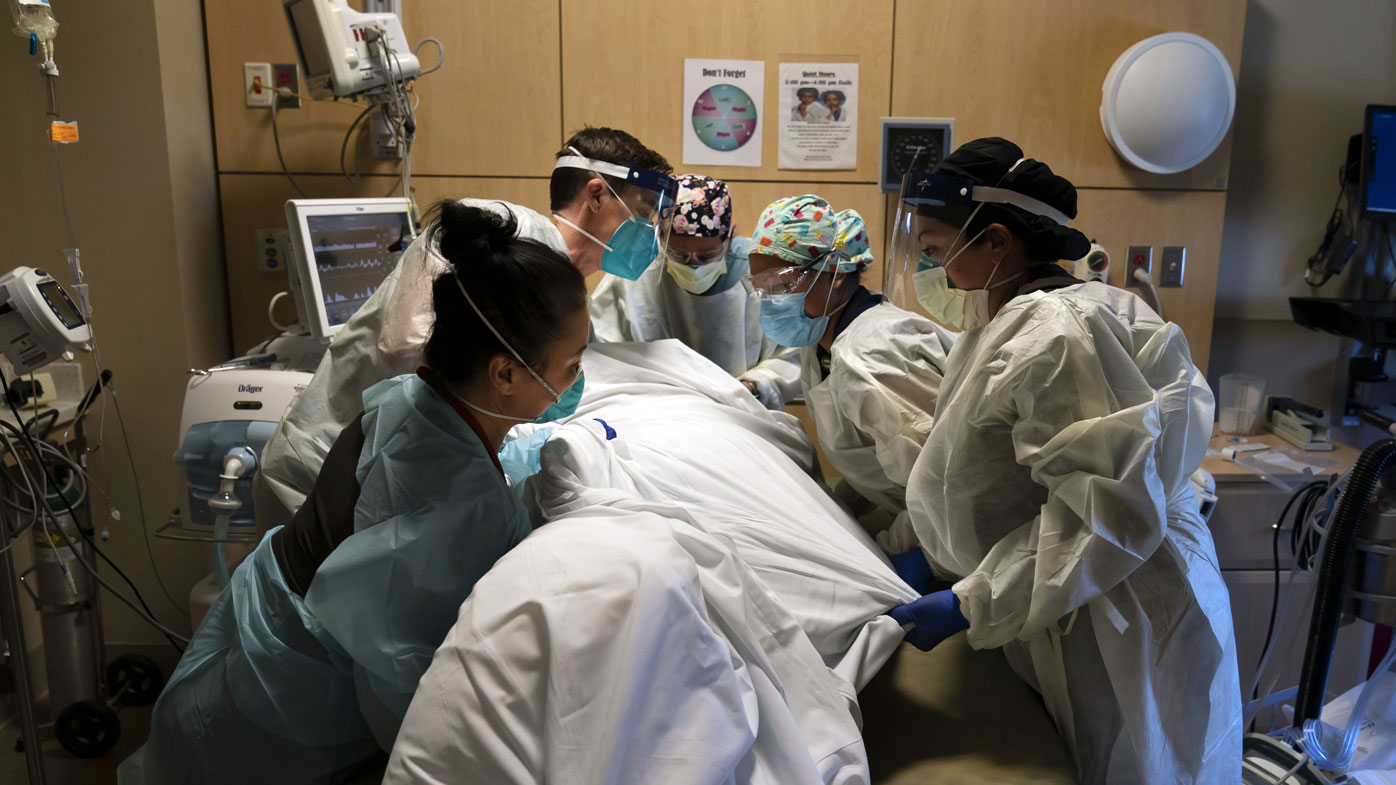 Daily coronavirus cases and hospitalisations also have been soaring - prompting CDC director Dr Robert Redfield to say on Wednesday that the winter months are likely "going to be the most difficult time in the public health history of this nation".

The 911 emergency call system is "at a breaking point," said the American Ambulance Association, which represents all of the nation's ambulance services, in a letter Wednesday.

"Without additional relief, it seems likely to break, even as we enter the third surge of the virus in the Midwest and West," the letter said. 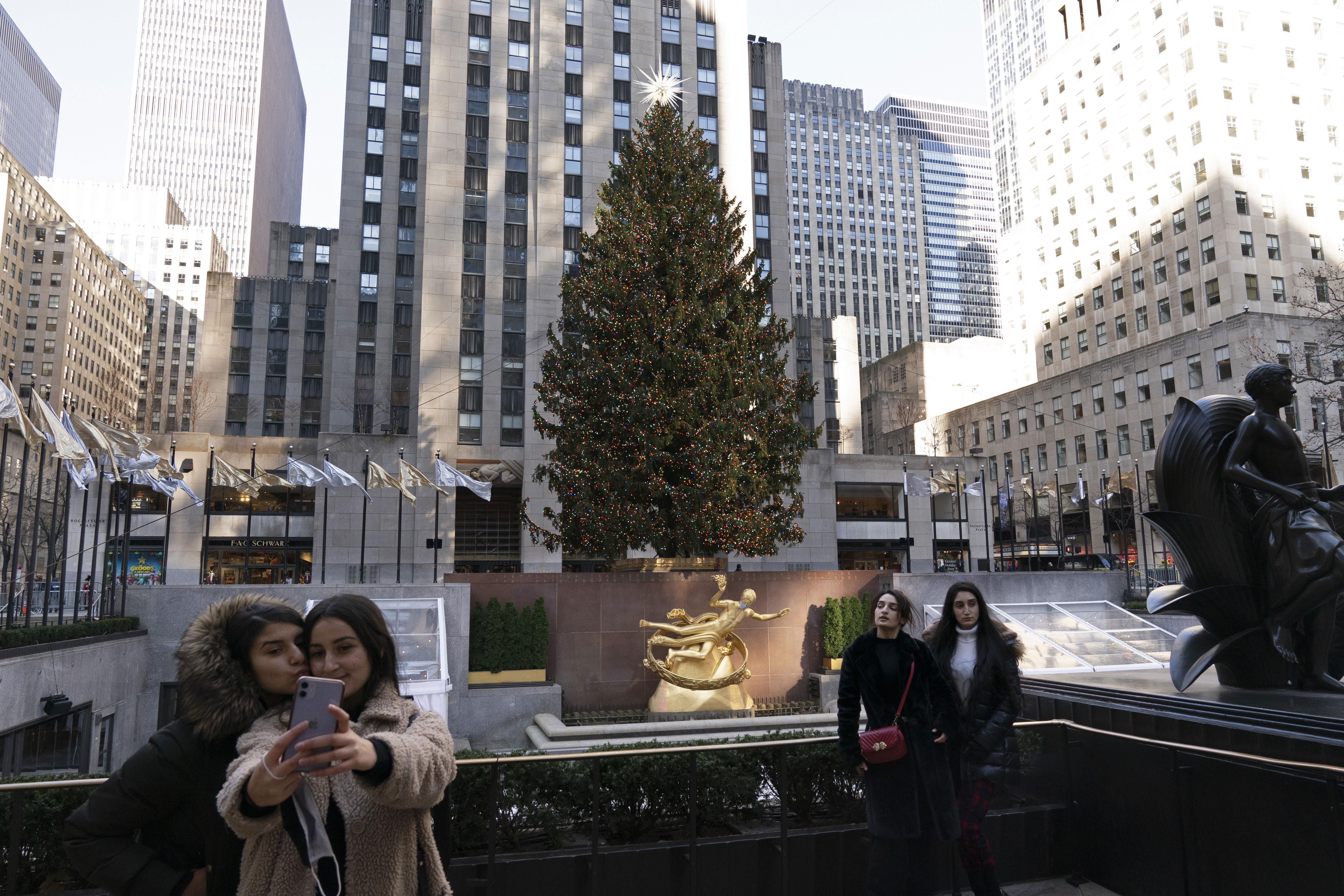 As for cases: The country's average number of new daily COVID-19 cases across a week was 164,103 Wednesday - nearly 2.5 times the summertime peak in July, JHU data show.

Health experts say they expect cases and hospitalisations to swell further in the coming weeks, when infections from Thanksgiving gatherings start accumulating.

States across the US are racing to catch up with the skyrocketing number of coronavirus hospitalisations.

In Los Angeles, Mayor Eric Garcetti said that if the virus continues to spread there at its current, unprecedented rate, Los Angeles will run out of hospital beds by Christmas.

He called on residents to "hunker down" and "cancel everything" to help stop the spread.

A modified stay-at-home order began this week in Los Angeles County, prohibiting for three weeks all in-person dining and gathering with people outside a single household.

The county's daily count of new cases rose by 224 per cent in November's first three weeks, and hospitalisations are up over 85 per cent from two weeks ago, county health officials said Wednesday. 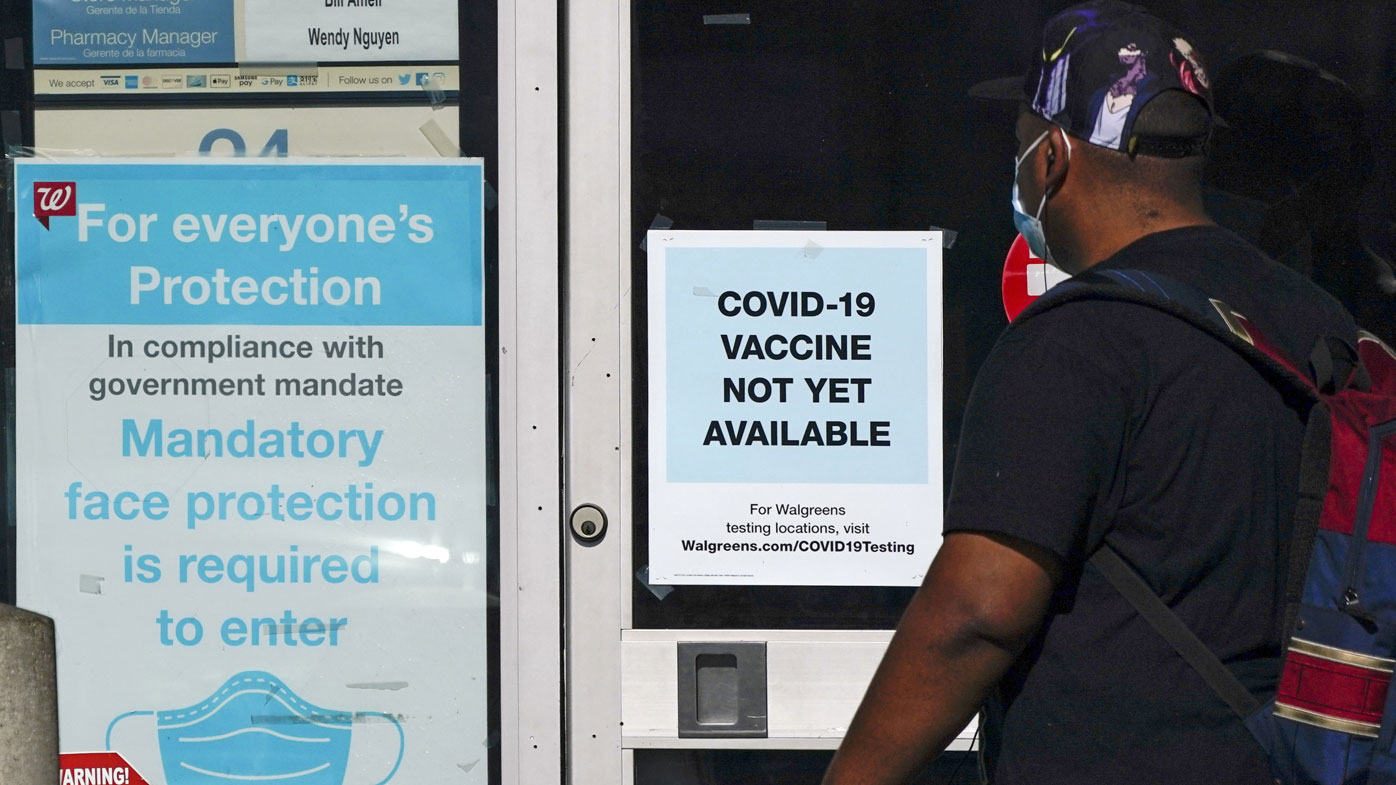 "The public health condition of our city is as dire as it was in March in the earliest days of this pandemic," Mr Garcetti said Wednesday, adding that the number of daily infections in Los Angeles has tripled since early November and hospitalisations are at a new peak.

"While case numbers may have dipped slightly, the strain on our hospitals and health care workers has not," she said.

Coronavirus hospitalisations in Nevada have been climbing daily since November, with few exceptions, and were at a peak Wednesday with 1,652 people hospitalised, the state's data dashboard showed.

Vaccine trials for children set for 2021

Though vaccines appear to be on the way, they have only been studied in adults and children older than 12.

Trials for younger children could start early next year, Dr Francis Collins, the director of the National Institutes of Health, said Wednesday.

We "very definitely need to get there," Dr Collins told CNN's Wolf Blitzer.

"We will want to, shortly after the first of the year, also find out: Does this work for younger children, because we know they can be infected and they can pass this along," he said. 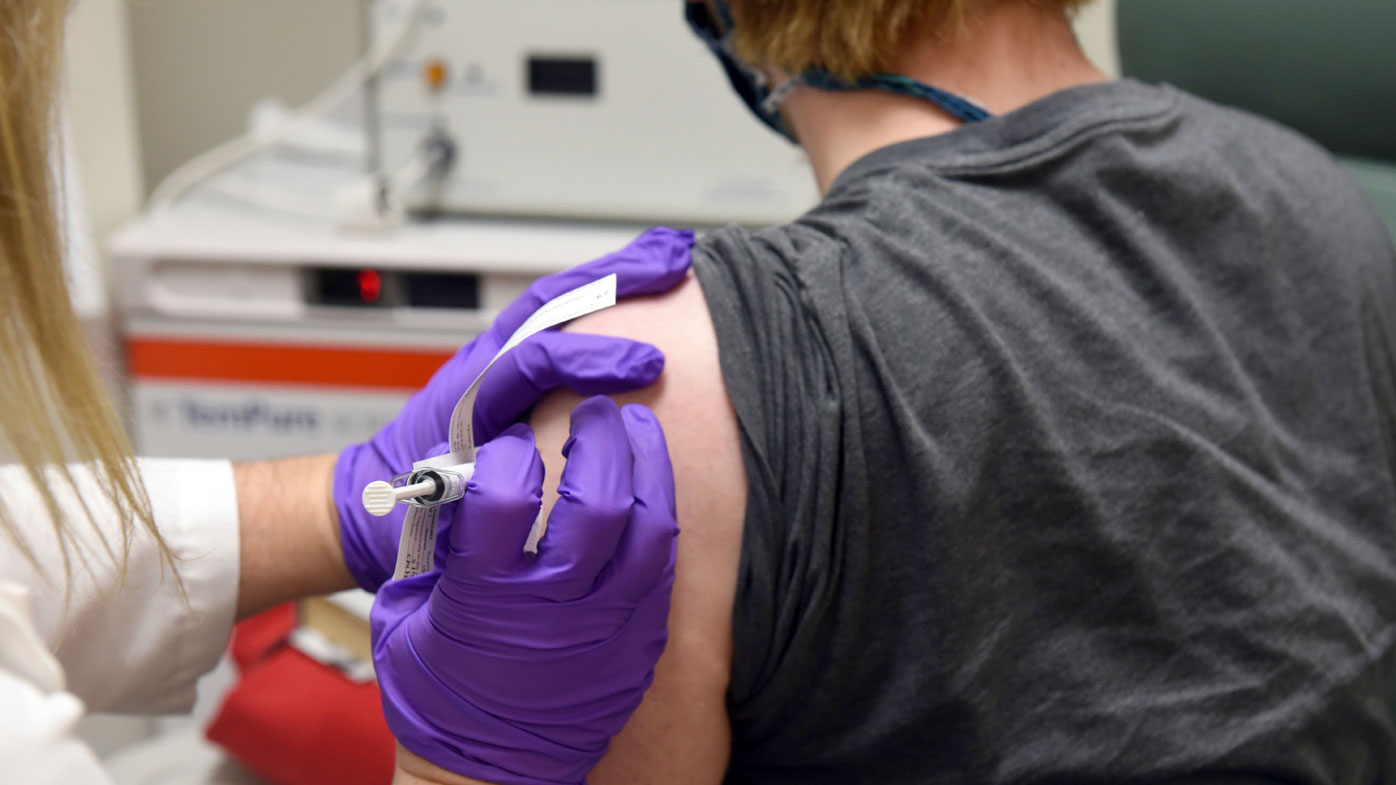 "So, that is a next sort of level of test that's going to need to be done in a ... vaccine trial in order to be sure that the vaccine is safe and effective in that group," he said.

"We think it will be, but we want to be sure," Dr Collins said.

As of November 19, the latest data available, nearly 1.2 million children have tested positive for COVID-19 since the pandemic's start.

And over just two weeks - between November 5 to November 19 - the number of child cases increased by 28 per cent, according to the American Academy of Pediatrics and the Children's Hospital Association.

Children now represent nearly 12 per cent of all COVID-19 cases in the country.

In the US, vaccine candidates from Pfizer and Moderna are awaiting emergency use authorisations, with an FDA panel expected to meet about whether to authorise them on December 10 and December 17, respectively.

Assuming the vaccines are authorised, their first shipments could happen December 15 and 22, respectively, according to a document from the federal government's Operation Warp Speed.